Five Feel Good Animes To Binge When You’re Feeling Down 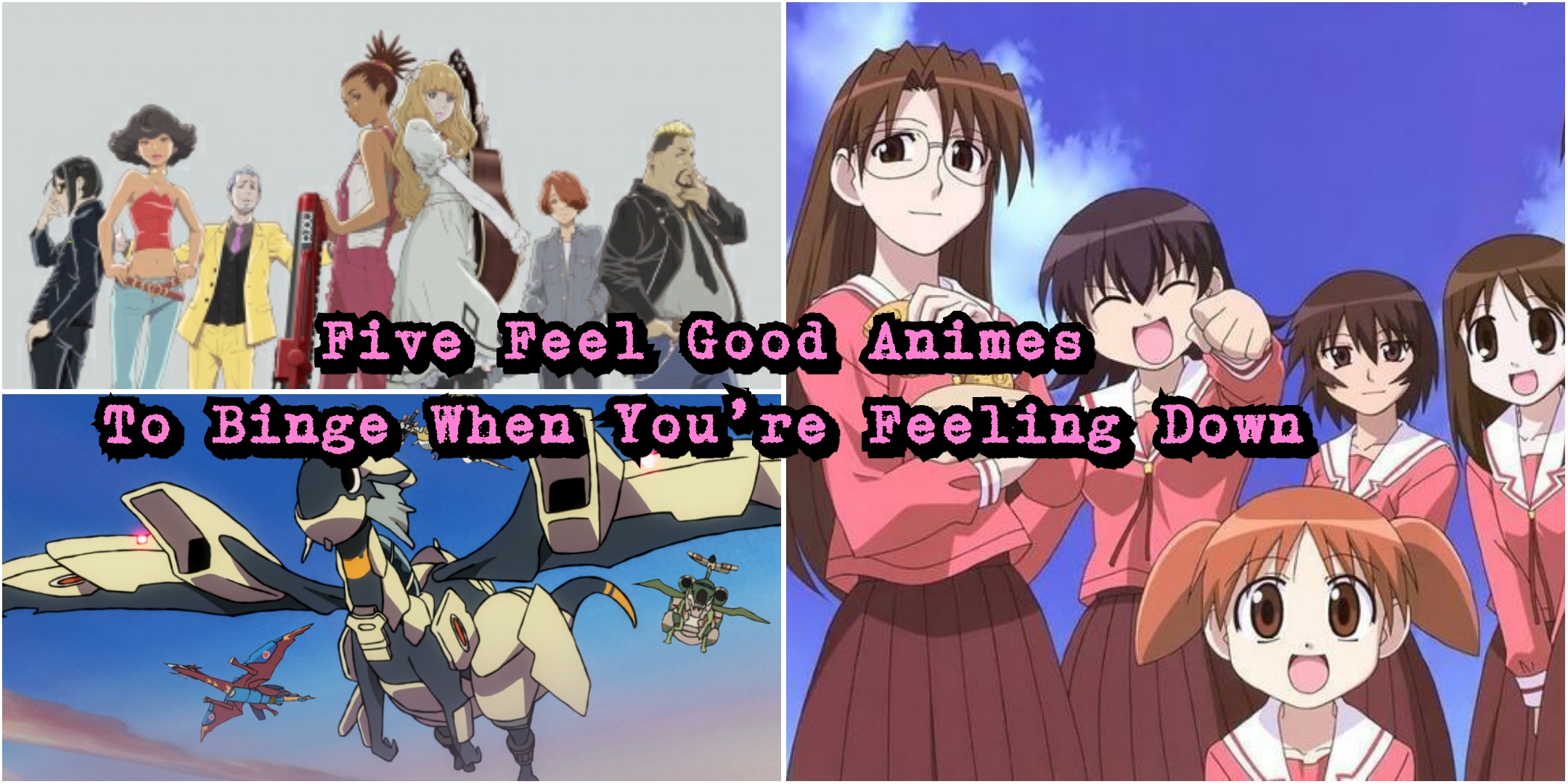 This week has lasted a month and I expect the next three months to last roughly a decade. Here are some of my favorite feel-good animes to pass the time. 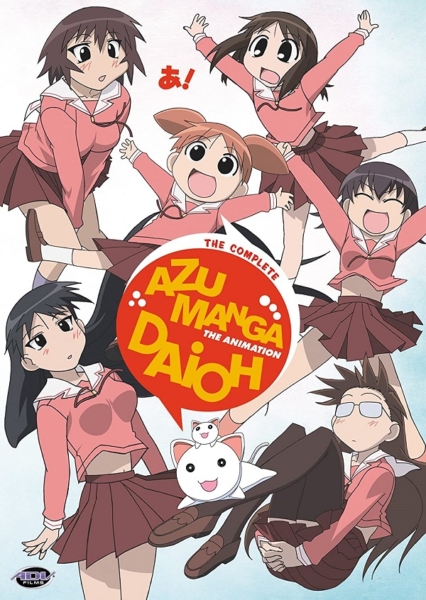 This show is absurd and adorable and completely bonkers… while managing to be a slice of life anime. Chiyo Mihama is a child prodigy attending high school with girls much older than herself and not quite fitting in. But also fitting in very weirdly well. It’s a show you can watch in order but don’t necessarily need to, and where you’ll visit festivals, theme parks, and the beach in a way that makes it feel a little like reliving your own fun-but-awkward school days. 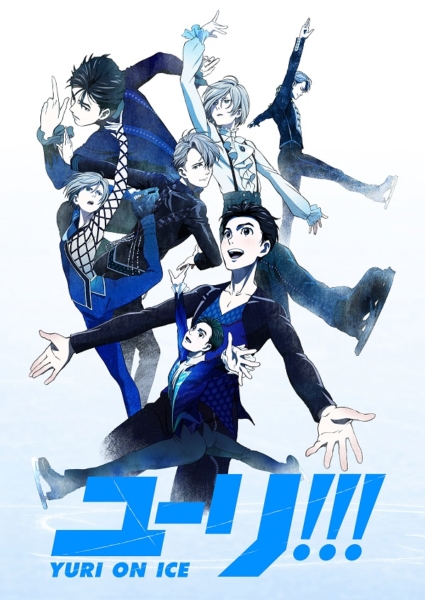 Literally any of them. Just pick a sports anime, press play, and profit. By design they’re made to make you feel hopeful and compassionate. We’re competitive yeah, but we’re also close good friends and that’s just as important as winning. My go-to is Yuri On Ice, of course, but it’s a big genre with lots to chose from. 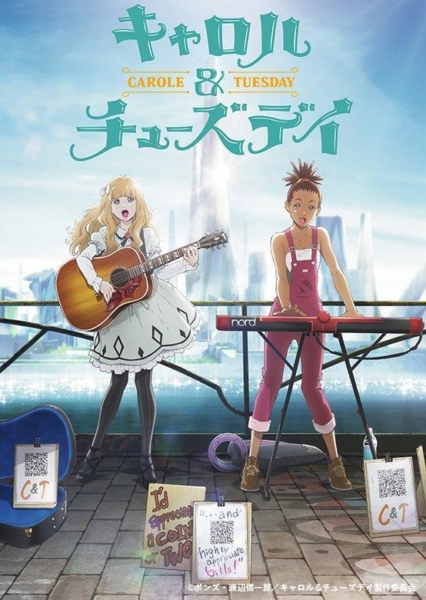 Carole and Tuesday want to be singers. That’s it, they just really want to sing, so they accidentally get themselves a gruff manager and start chasing their dream. It feels a little like a sports anime at times with foes in competition becoming friends on which they can rely and antagonists who are hard to see as true bad guys. There’s a political B story that feels a little too real at times, but Carole and Tuesday is a show that wants you to see the best in everything around you and constructively channel your worst feelings into something beautiful. 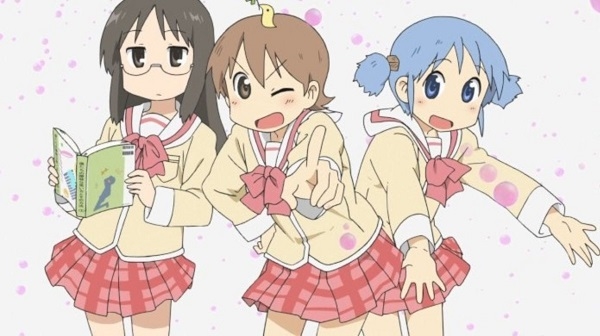 What happens when you take a bunch of normal schoolgirls, make one of them an android, and add a talking cat for good measure? You get an absurdist comedy anime that’s almost too silly to be slice of life. Almost. It’s cute and charming enough to be distracting and funny enough to have earned widespread critical praise. If you haven’t seen this one and you need a destress or a distraction, check out Nichijou. 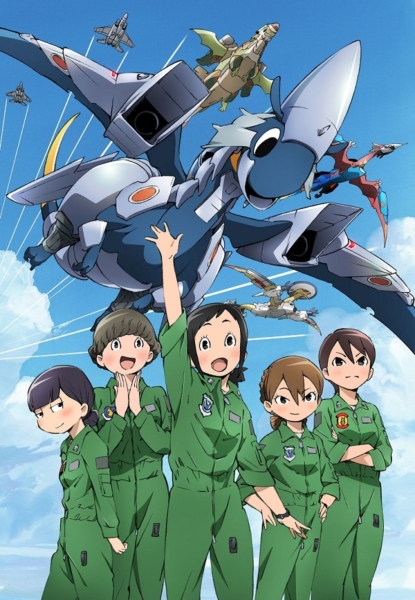 What if the air force was full of dragons? Cute dragons that bond with their pilots and wear special armor to make them look like airplanes. That is Dragon Pilot in a nutshell. Hisone Amakasu is a rookie with the Japan Air Self-Defense Force when Masotan the dragon decides that she’s his person. The show is twelves episodes of character driven friendship building and dragons cosplaying as regular run of the mill definitely not organic planes. It’s ridiculous, but it’s also adorable and kept a smile on my face the entire time.

What’s your favorite feel good anime for when times are tough? Are there any go-tos you wish I’d added to my list? Which do you think you’ll be breaking out next? Let us know in the comments!