The Aeternus Continuum (or AC for short) is a secretive cult spread throughout the world of Warcaster. This cult seeks immortality and is seeking any technology that will further their cause. In addition, they are often seen harvesting the body parts of those fallen in battle, both friendly and enemy. 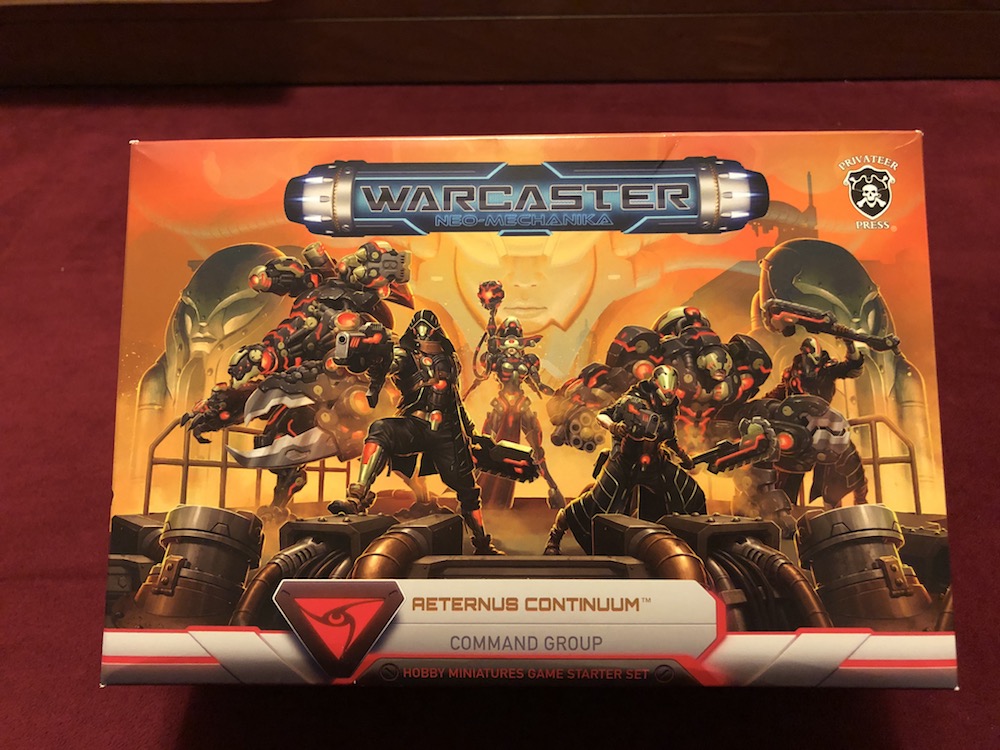 In the Command Box you’ll find… 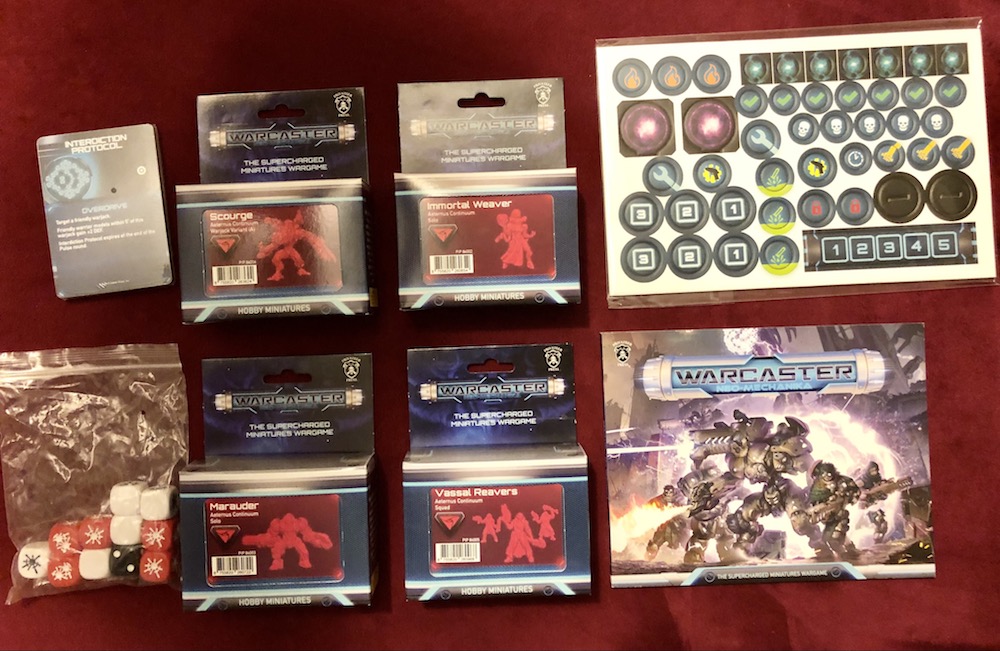 Before we dive in, here’s a shot of the Privateer Press studio models painted up. Very marauding space pirate feel to them, which captures exactly what this faction is all about. I especially like the asymmetrical look of their jacks(and the vehicles we’ve seen). 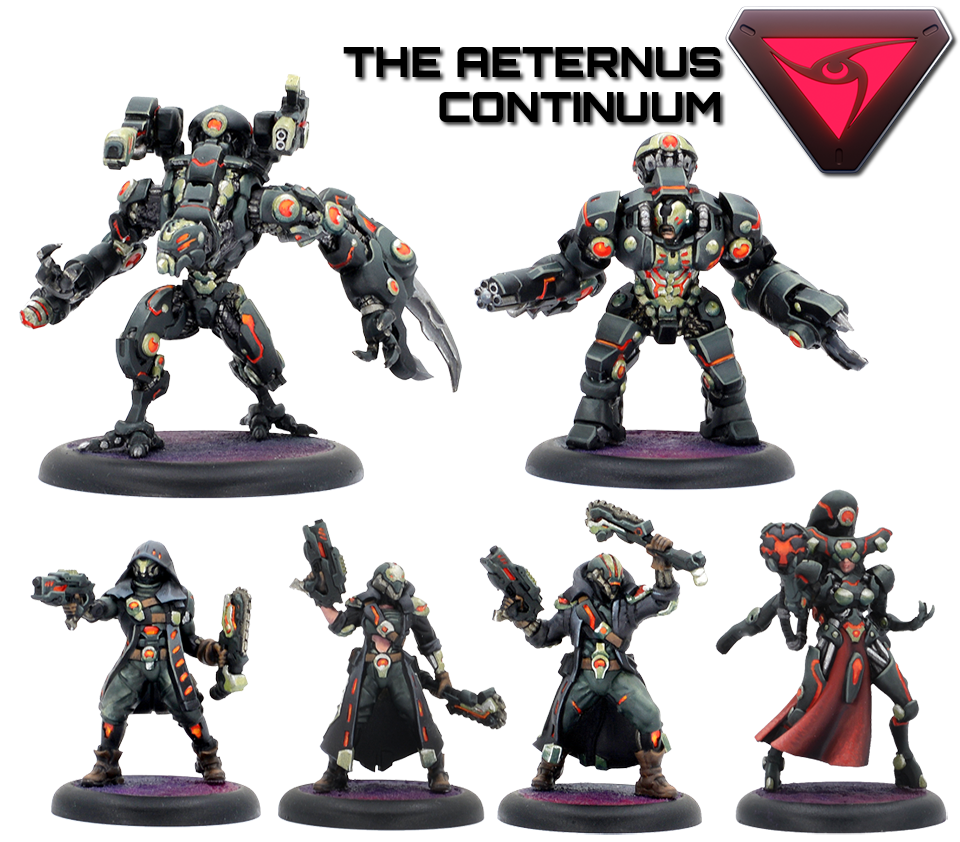 A quick word about the model packaging, Privateer Press has updated its boxes. Now the front of each box has a cutout so you can see a card, this card has the name and picture of the model. Once you purchase the box and open it, you’ll find a little bit of info/lore on the back of this card about the model. With the exception of the Scourge warjack, each box contained a small bag with parts and/or cards. 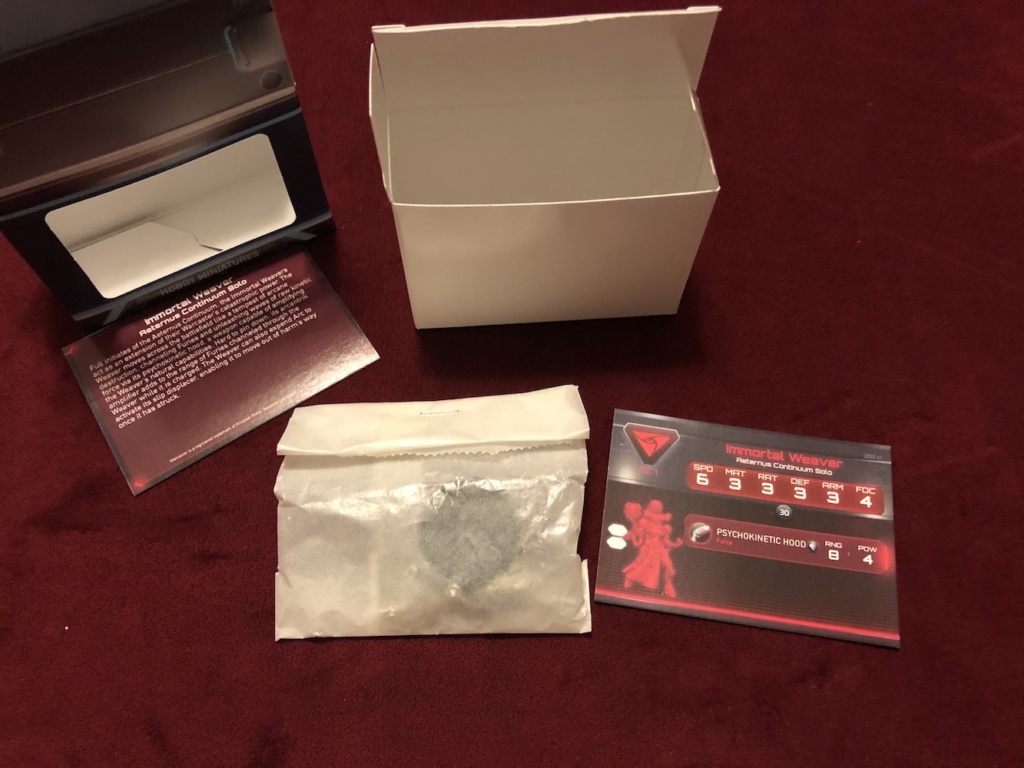 Example of the box packaging 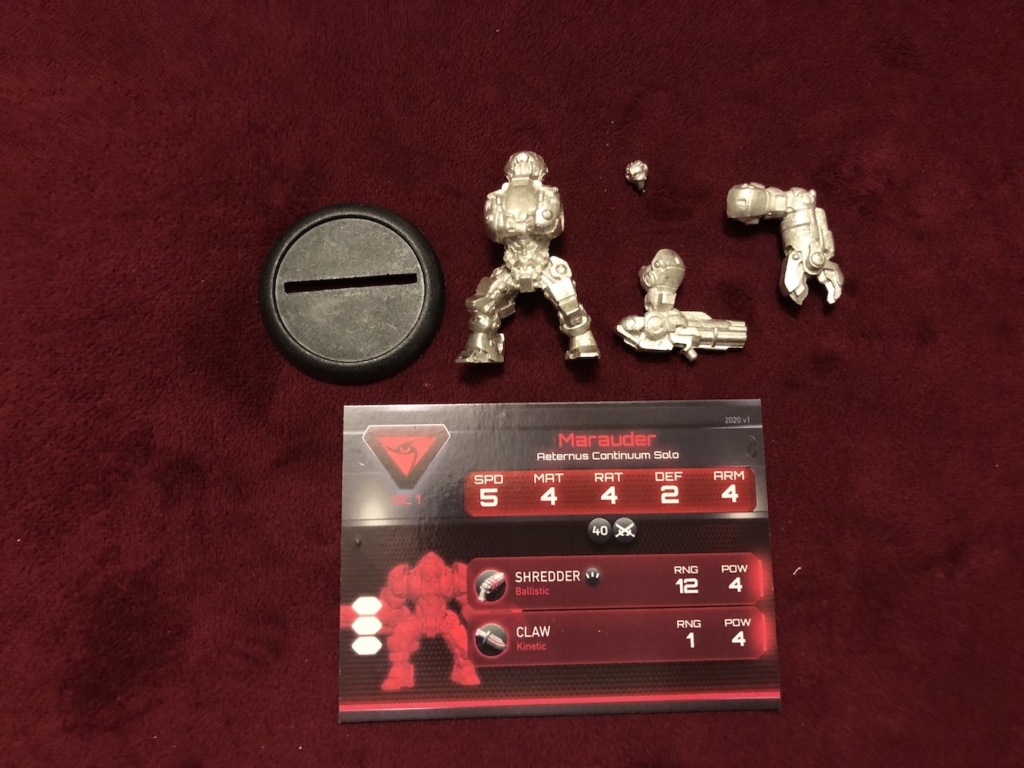 The Marauder is solo on a medium base and comes in 4 parts. 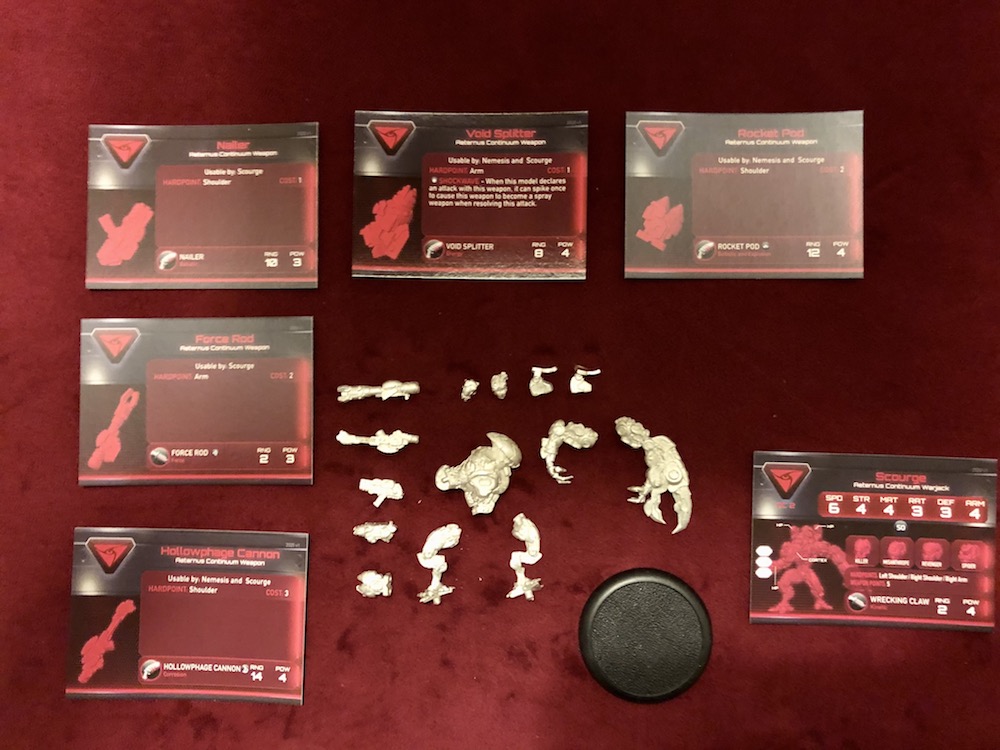 This is the pack with the most parts/cards in this Command box. The Scourge warjack is on a 50mm base and comes with 5 different weapon variations/cards to choose from. 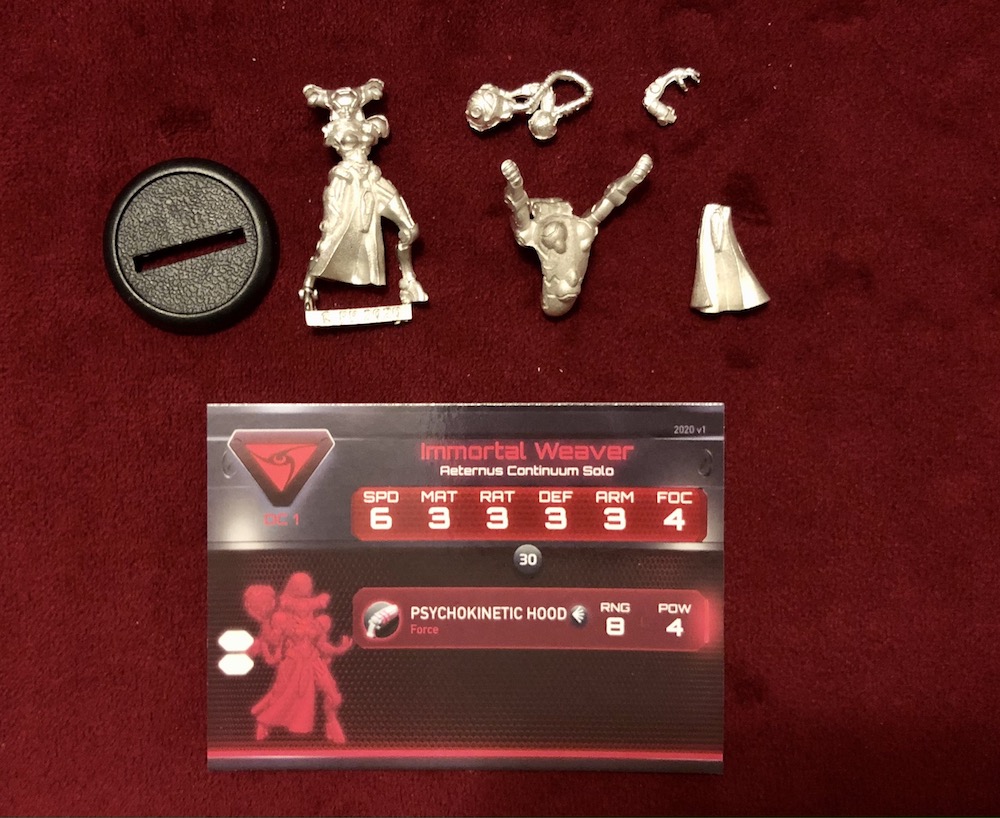 The Weaver solo is the Warcaster’s(your) presence on the battlefield. Of the 3 starting factions I personally like this Weaver model the best. 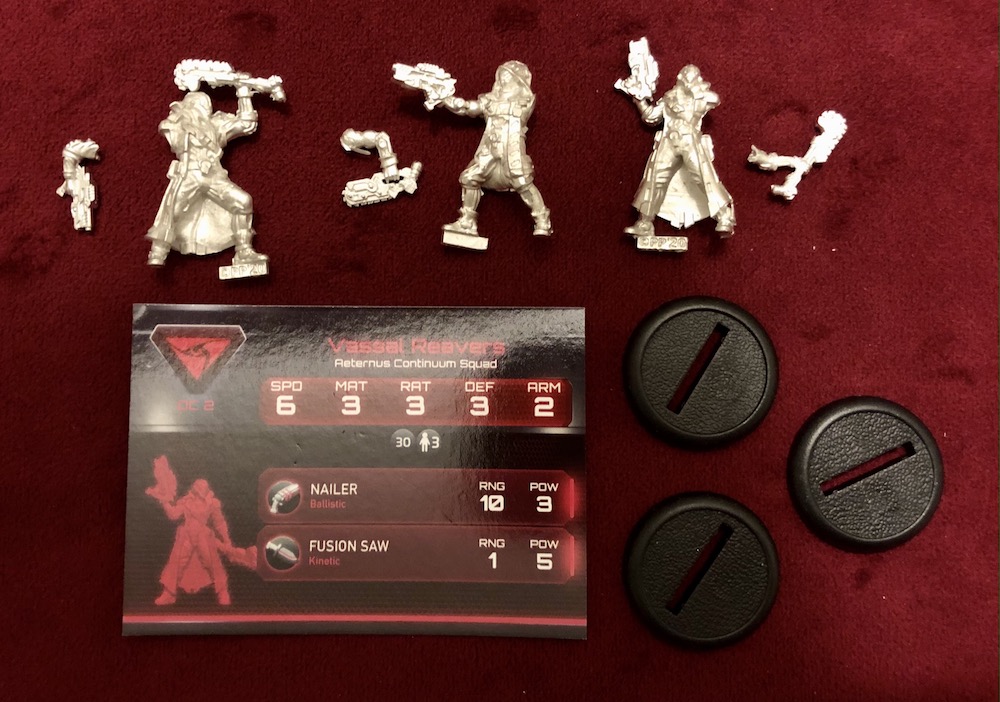 This 3 man unit comes armed with a Nailer rifle and a sweet Fusion saw. Those body parts won’t harvest themselves!

This Command Box is the obvious and easy way to get your Aeternus Continuum army started. If you didn’t back the Kickstarter these boxes should now be available at your local game store.