D&D: It’s Always Hammertime When You’ve Got A Magic Hammer 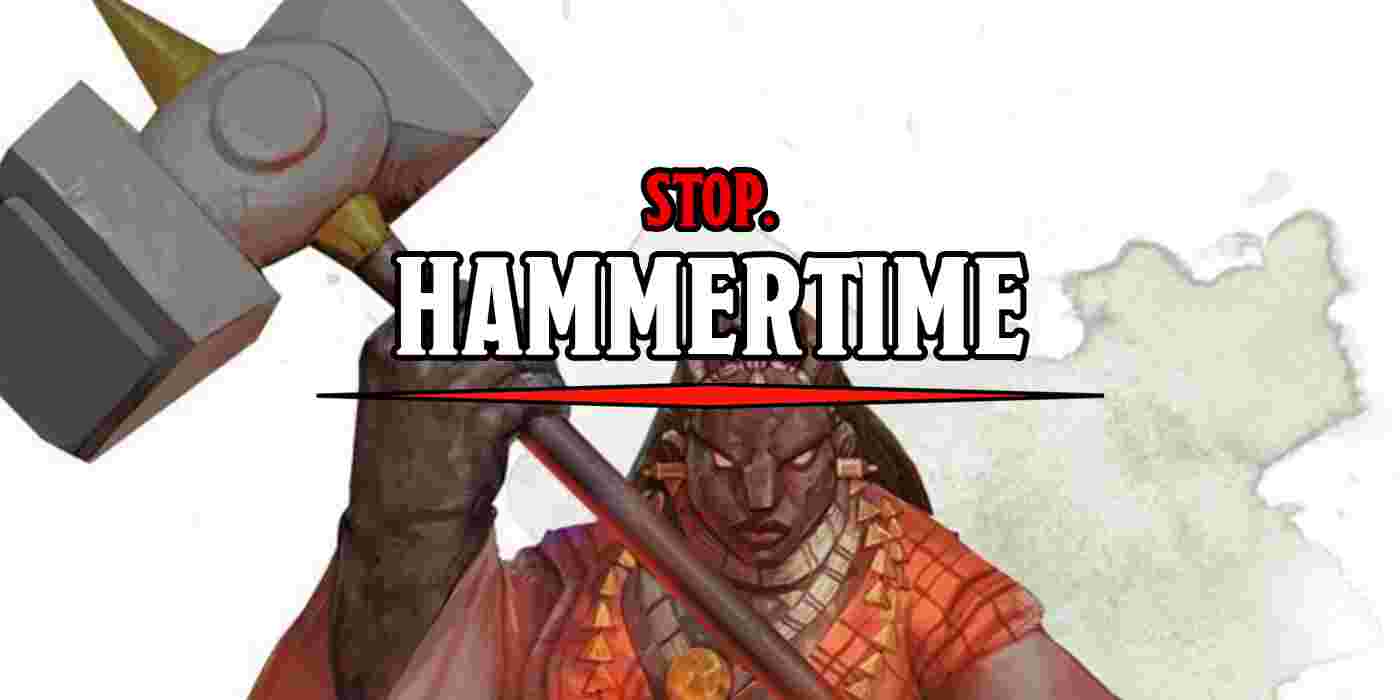 To the adventurer with a magic hammer, every problem starts to look like a nail. And with these magic hammers from D&D past, your future is nails.

Hammers are probably the second or third best weapon in D&D, depending on what you think about axes. Spears, of course, reign supreme, but hammers and axes are strong contenders for the next two spots. They’re tools, they’re weapons, they’re both strongly associated with dwarves for some reason: 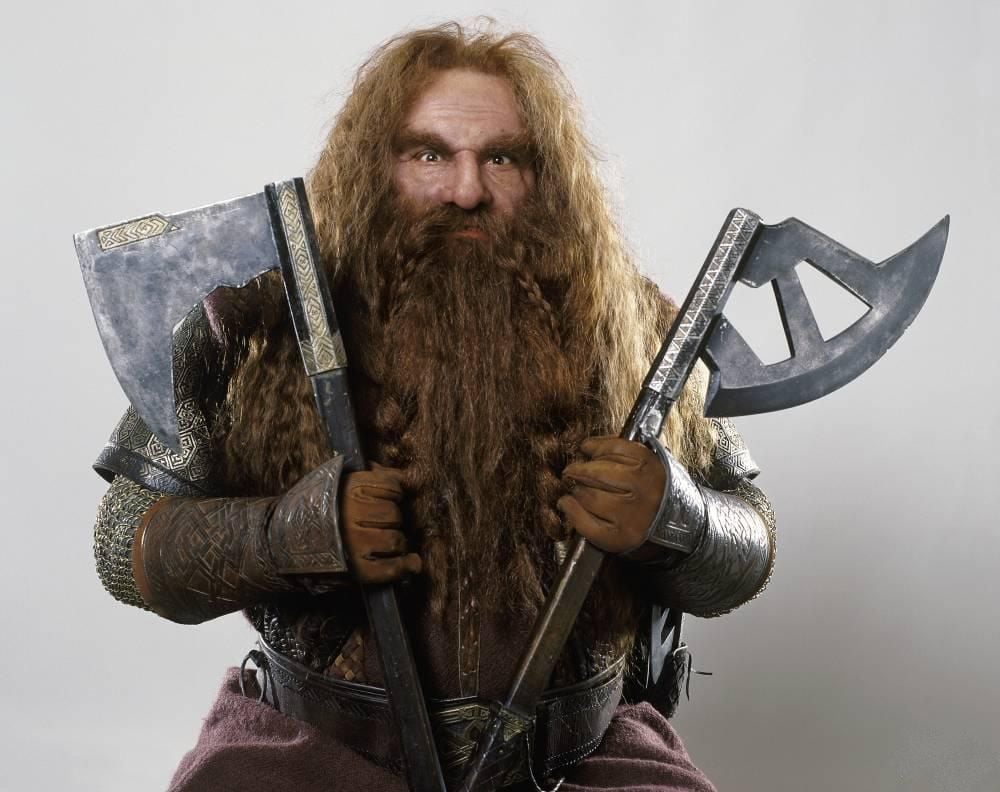 …but if you look at the magic items in 5th Edition right now? It’s swords all the live long day with only a minor nod to hammers and axes, and basically no spears, which only confirms they’re the best, and that swords need all the help they can get. But the love for hammers goes way back, and we’re cracking open the Encyclopedia Magica to once more unleash some of the best hammers of D&D’s past as a present to you. 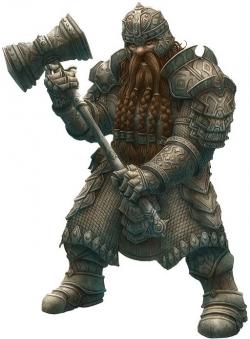 This one is taken straight out of Dragonlance, which has a little bit of a pall cast over it owing to the ongoing lawsuit between WotC and the creators of Krynn. But. This magic hammer is an incredible example of what a magic weapon should be like. First up, the stats, which aren’t the main attraction, but still pretty good: it’s a +2 hammer that requires great strength to wield it, it “disrupts” both undead and creatures from the Abyss per a mace of disruption, it turns undead, and it gives you a few cleric powers to boot.

But that’s not the main attraction. The big deal is the story attached to it. There’s a short story about its history that reads like a Dragonlance novel, which is to say it sounds like someone trying very hard to be Tolkien:

Its name comes from the great dwarven hero Kharas, (meaning “knight”) who fough tin the Dwarfgate Wars after the Cataclysm. Kharas is most remembered, however, for the heroic deeds he performed prior to that time. The hammer was given to him by the Kayolin dwarves in recognition for his deeds on their behalf. Kharas’ legend began in the Shadow Years, which followed the Cataclysm. He was ashamed when his lord, King Derkin, shut the gates of the great realm of Thorbardin, barring the starving hill dwarves and men who came for aid. When famine deepened across the lands, the dispossessed dwarves and men united under the dark wizard Fistandantilus, and attacked Thorbardin. Brother slew brother, many died.

Kharas carried the slain sons of Derkin back to their father, the king. The great devastation of Fistandantilus occurred as he was gone, laying waste to the Plains of Dergoth. Overcome with grief at the sight of his sons, Derkin sealed the gates for all time and fell into eternal despair.

Knowing that Derkin was dying and no heirs remained, the thanes each plotted to become king. Many came to Kharas to solicit his support. Kharas was angry with the Thanes and left to wander Ansalon. He returned, just before Derkin’s death and proclaimed, “Too late our lord found that we must live together in this world or perish apart. It will be many years before we ourselves shall learn this hard lesson, if we learn it ata ll. I am leaving, and the hammer leaves with me.The world has abandoned honor. The hammer will be hidden for generations to come. Only when a Good and honorable dwarf comes to unite the nations shall the hammer of Kharas return. It will then be his badge of righteousness.” Kharas left the mountain—he was never seen again.

Look at that. Every magic item should have a story like that. Don’t save it for artifacts, you’ll never find them. Glamdring and Foe-Hammer were just elf-weapons and they got a backstory. The Hammer of Kharas is a shining example to us all. 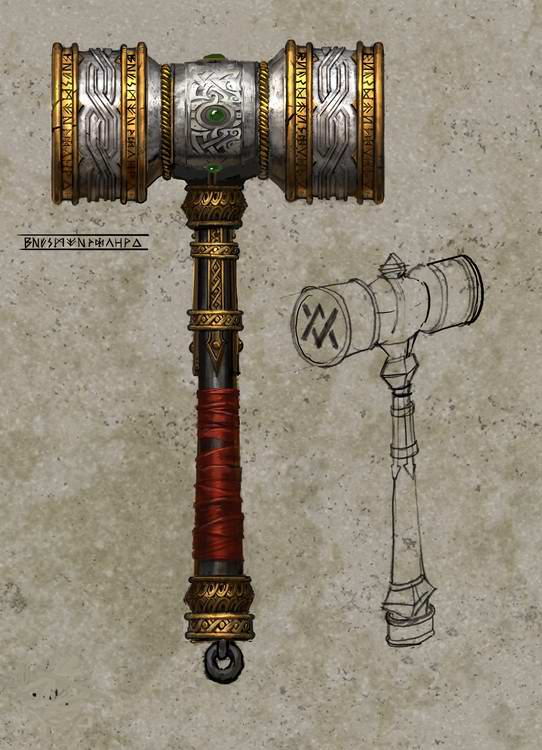 This Runehammer is a darksteel warhammer which is inscribed with a rune of power. It doesn’t get dwarfier than this. There are a variety of runes you can use, granting you access to great power–but you run the risk of the weapon being shifted away to another person in need by the will of Moradin. 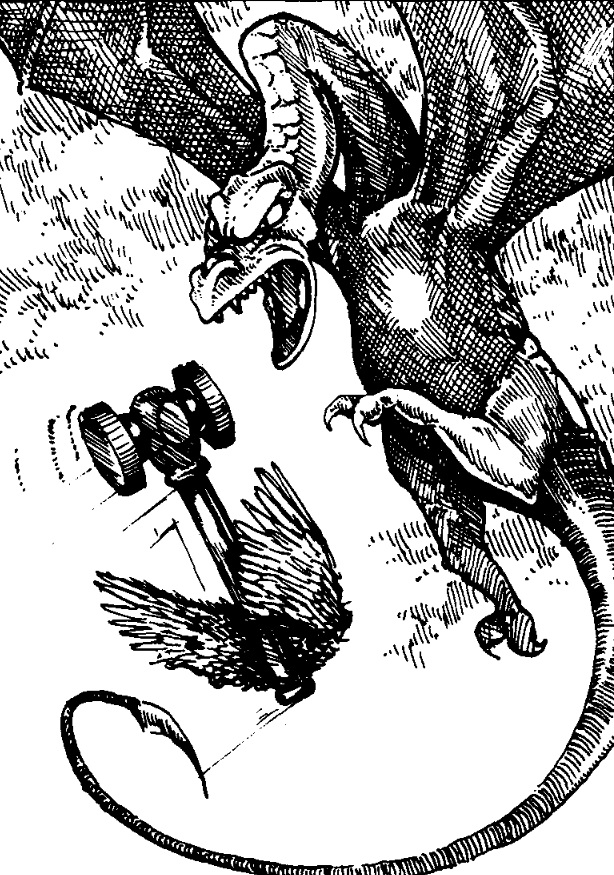 A double-ended stone warhammer that has long associations with dwarves (because it seems like every hammer does). It functions like a normal warhammer, but when thrown, it follows a moving target with its special wings. It always returns to you, even transporting itself to an extra-dimensional space to escape someone trying to imprison it. The wings and its magical flight give it basically unlimited range (as long as you can see the target), but it can also be commanded to fight on its own, acting as an extension of its wielder.

And when you need it most, like a true friend, it will blink back to you. 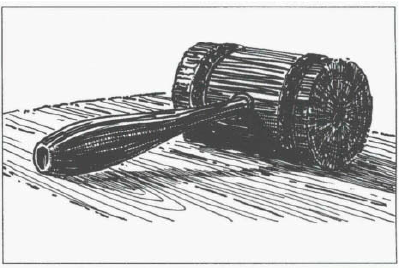 This is an overized carpenter’s mallet that was once the favorite weapon of an ancient barbarian hero. It has some incredible powers, which make it attractive: anyone wielding the hammer gains a Cloud Giant’s Strength, and can throw boulders, as well as casting Power Word Kill once per week upon any creature struck by the weapon.

But it bears a curse.

But the curse is kind of awesome, in that anyone wielding it, no matter their class or alignment eventually transforms into a fighter of chaotic good alignment. Once the transformation is complete, the character becomes unable to resist any adventure or good cause. Once you’re a fighter, you cso on.an then multiclass, but, you’ll always be a fighter with this hammer. 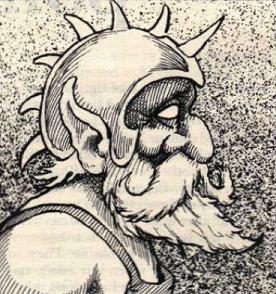 Flandal was a smith who understood that you can’t always bring a hammer to a wizard-fight, so he crafted a hammer that is also a six-shooter. Six times per day it can fire off a fireball that does double damage to cold-using and cold-dwelling creatures.

These magic hammers aren’t your typical hammer–they aren’t weapons, so much as they are emergency adventuring aids. When struck, they begin to vibrate rapidly, swinging back and forth and diminishing in size as they collapse a pocket dimension full of pressurized oxygen from the Elemental Plane of Air.