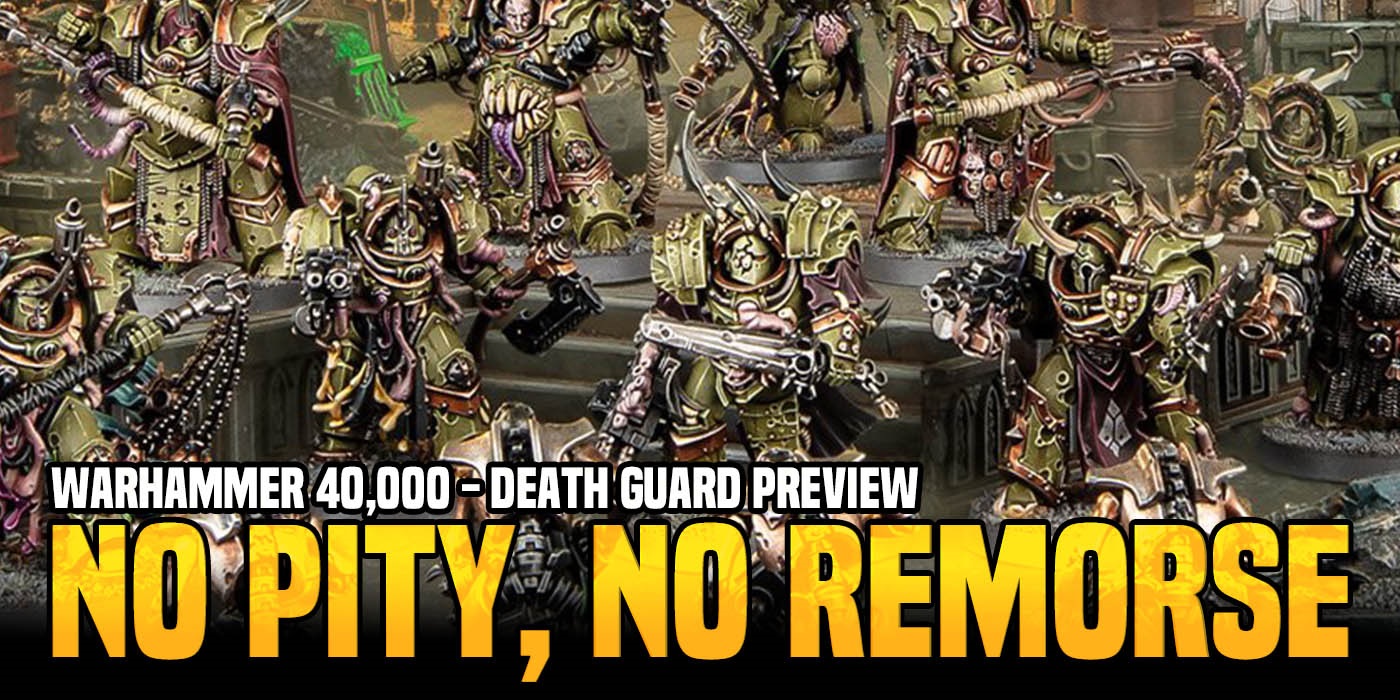 Games Workshop is back with another Death Guard rules preview. These killers have no remorse – and the rules to prove it!

So far, we’ve gotten a pair of looks from the new Death Guard Codex. Today, GW is continuing with the Death Guard showcase with yet another rule for the Sons of Mortarion and followers of Nurgle.

“All of the Core Death Guard Infantry units – namely Plague Marines, Death Guard Possessed, Blightlord Terminators, and Deathshroud Terminators – come with this handy ability.* With Toughness 5 and multiple Wounds apiece, not to mention the effects of Disgustingly Resilient (more on that tomorrow!), these models are hard enough to kill in the first place.

*Even Myphitic Blight-haulers will be Remorseless, making a tri-lobe unit of three models a safer option than before.”

So what is this new ability and what will it do? It makes them even harder to break due to Combat Attrition!

This is kind of a big deal for the Death Guard. Why? Because with all the units mentioned above, losing even one due to Combat Attrition is going to be costly. Combat Attrition could have been an effective way for your enemy to bypass those Toughness 5 models with multiple wounds, too. Not anymore. With the ability allowing you to ignore any or all modifiers (which, again means you can keep any positives and skip the negatives) that tactic doesn’t seem like it’s going to be very effective on the Death Guard. 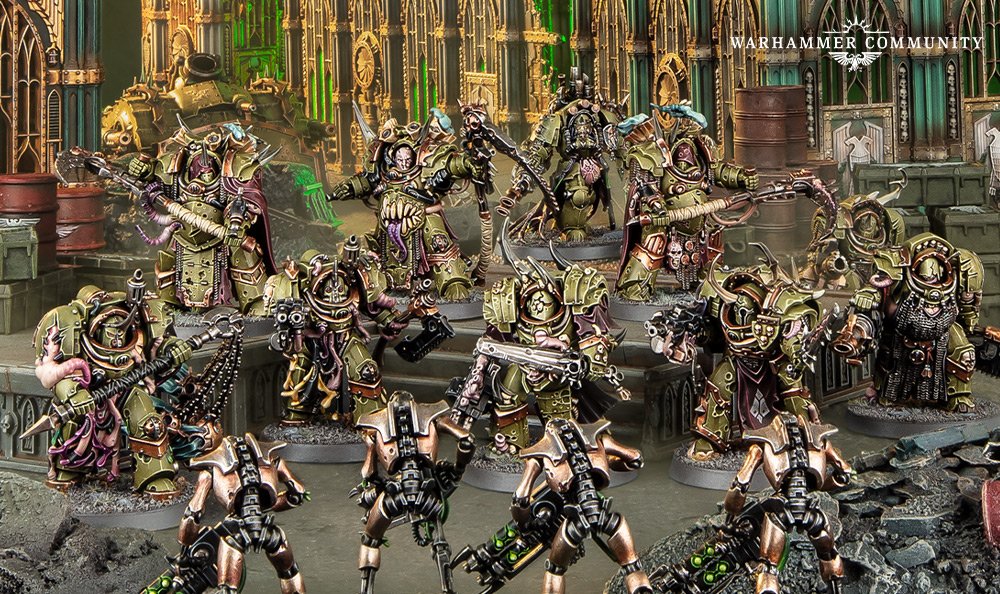 The picture of the new Death Guard is starting to come into focus for sure. Tough, deadly, and implacable – the Death Guard are going to keep coming. This might be the most Death Guard codex to have ever Death Guarded!

While the codex has been delayed until 2021, it’s sounding like it’s a done deal already. When it does eventually ship, Death Guard players and Chaos in general might just get a BIG injection of help from the new codex. They are shaping up to be in a great position in 9th edition. It could be the army that becomes one of the toughest nuts to crack open and defeat. We’re still a little nervous about what their eventual points costs will be. But again, if it’s not a huge increase they are poised to take the tabletop by storm. 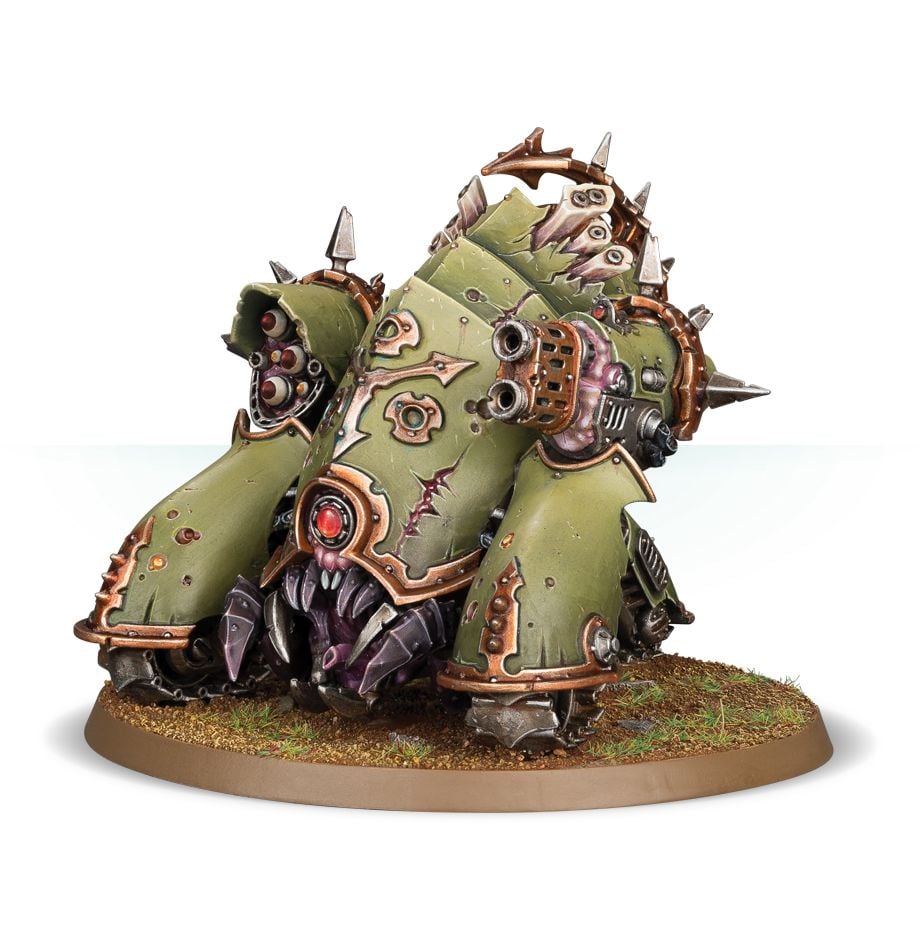 Their newer model range already looked really cool and now we’re going to see the rules really help boost their models, too. It might be the right time to start a Death Guard army – get those kits now before they become hard to get next year! Now I just need to dig up some Plague Marines…or I could get that old tube of green stuff and start practicing my sculpting skills. Death Guard are kind of the perfect army to mess around with for that stuff.

Sorry, where was I? Oh right!

All hail Nurgle and Mortarion? Sure. Why not… 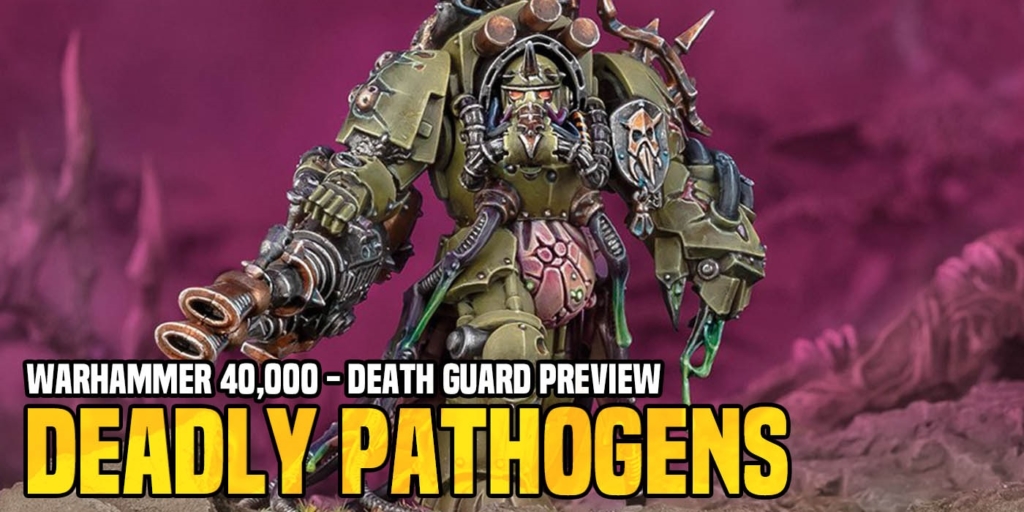