D&D: Five Magic Spears To Go With Your Magic Helmet 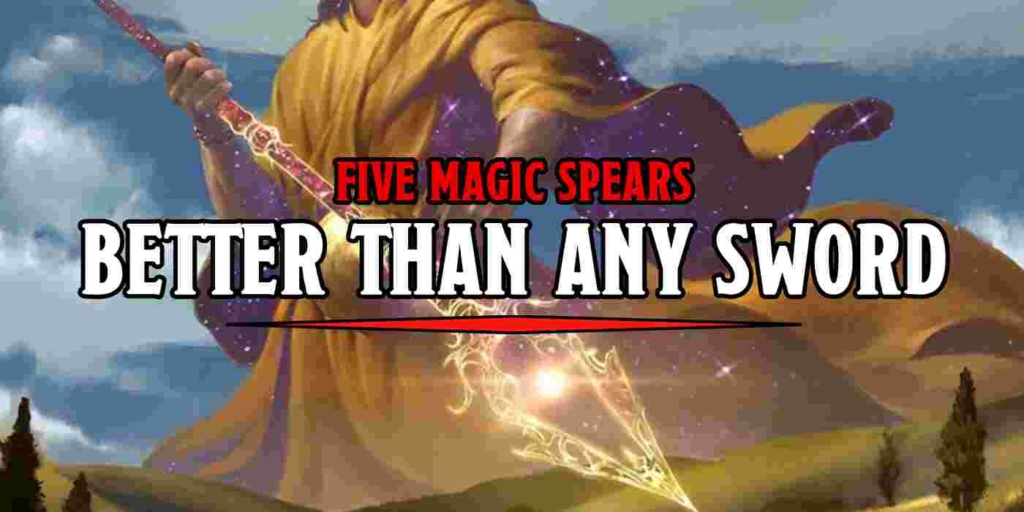 Everyone knows spears are the best fantasy weapon, and with these five magic spears, you’re sure to get your hands on that wascally wabbit.

If there’s one thing that we can all agree on it’s that Spears > Swords, and yet for some reason the pages of D&D Adventures are chock full of magic swords. Swords are the weapons of the bourgeoisie: they aren’t fit for hunting, require significant wealth to create, they’re a sign of “nobility”, and are only good for fighting. Spears, on the other hand, are as much tools as they are weapons. Anyone can have a spear. You can feed a family if you know how to wield a spear, you can fight side-by-side with your brother, and when your spear is broken and its blade bent, the haft will keep you warm at night, as your spear gives up its body to the flames.

In short, spears are as elegant as swords but better in every way, and here are five magic spears to reach for the next time you want to give your friends something that makes them think about socioeconomics in their fantasy adventuring. 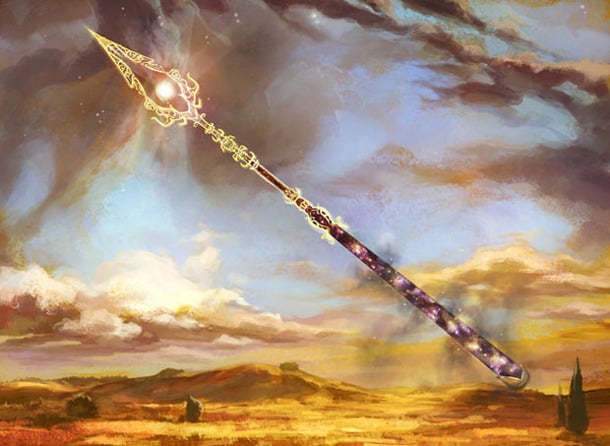 Taken from one of the sleeper hits of 5E, Mythic Odysseys of Theros, Khrusor is a spear blessed with the power of the sun. On its own it’s a +3 spear that can deal 2d8 extra radiant damage, that gives off bright light in a 30-foot radius, lets you use your reaction to make an attack against a creature that damages you, blinding it if you hit, and it can cast the various sun spells. But if you worship the god associated with it (like Heliod or, say, Pelor), then this spear gives you bonuses as you build up more piety. You can gain 15 temporary hit points at each dawn, and unlock minor and major beneficial properties. What more could you ask for from a spear? 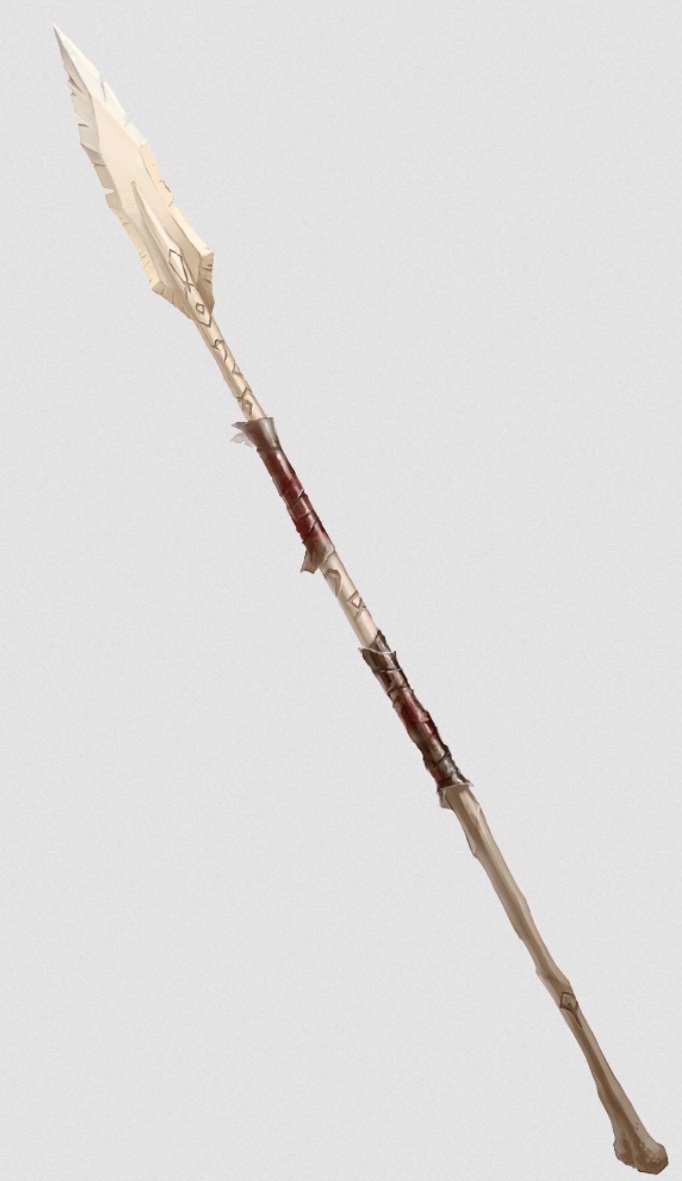 How about a spear made from the ivory bone of an ancient gold dragon? This weapon is a powerful “Betrayer” weapon, meaning that it functions like one of the Vestiges of Divergence, introduced in Critical Role’s Explorer’s Guide to Wildemount, and Ruin’s Wake is a doozy. In its dormant state, it’s a sentient spear that grants you a +1 bonus to attack and damage, as well as dealing an extra 1d8 damage. And, like it’s sun-blessed counterpart up there, Ruin’s Wake also lets you make a reaction attack, only it works whenever you’re hit by a melee attack.

If you awaken it, its bonuses increase, and you gain the ability to hurl your spear like a lightning bolt (per the spell), and eventually even regain hit points when you reduce a creature to 0 hit points with an attack from the spear.

When you reduce an enemy to 0 hit points with this weapon, it gives you back 2d6 hit points. See? Spears give back to the wielder. I’d like to see a sword do that. 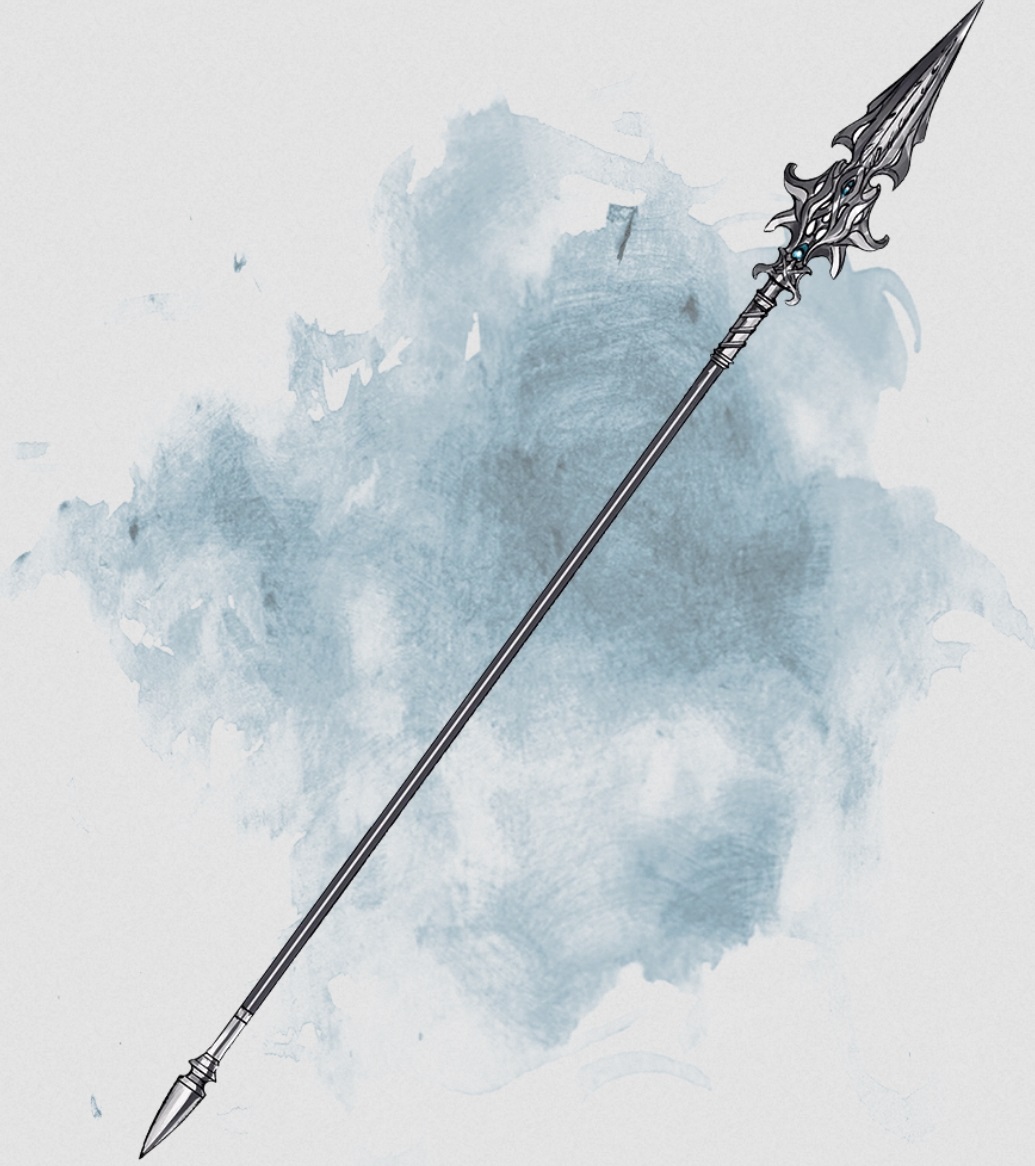 This spear is made out of silver and inlaid with dark sapphires, but we won’t hold that against it. Windvane is a +2 magic spear that can be used with Str or Dex, and deals an extra 1d6 lightning damage. Additionally, you can use it to cast dominate monster on air elementals, resist lightning damage, speak Auran, and then some. 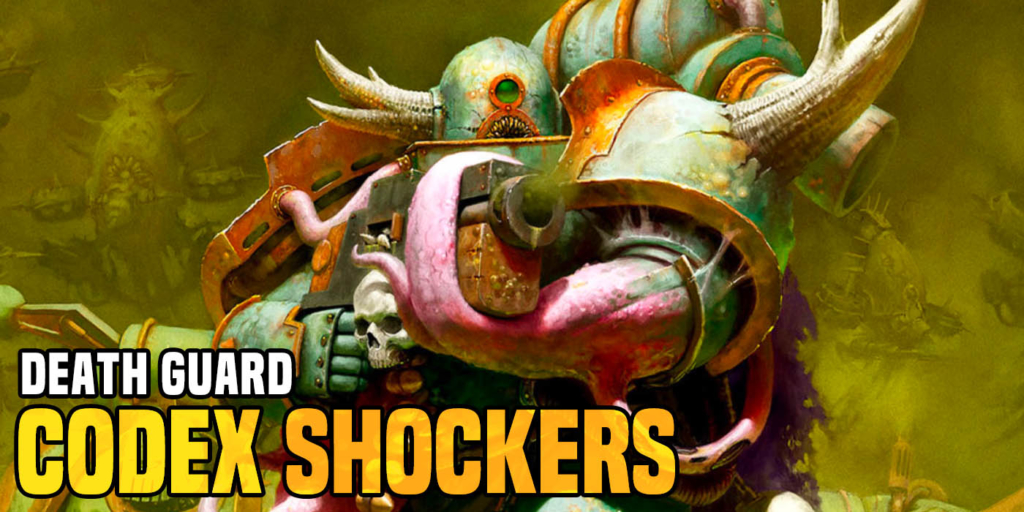