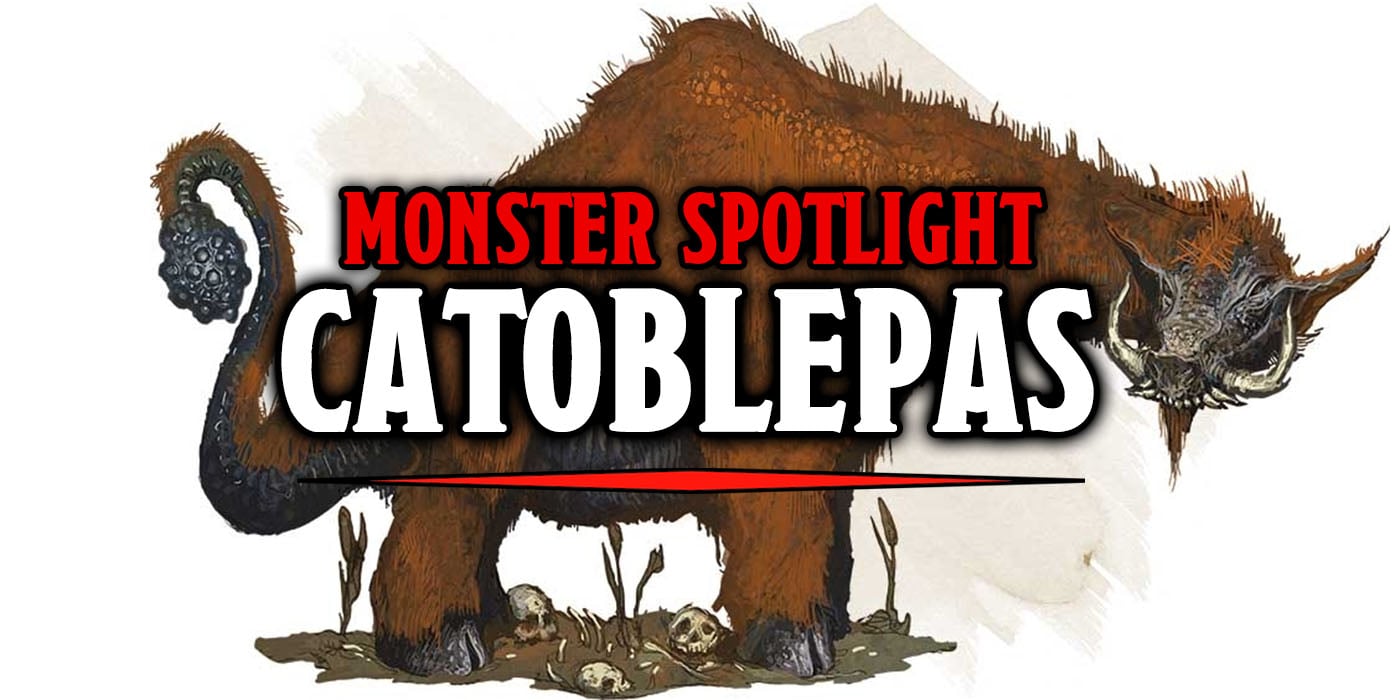 Between a death gaze and a stench that will poison anyone who gets too close, it may be best to avoid any swamp a catoblepas lives in.

Originally from Ethiopia, the catoblepas has real world history as a legendary creature turned D&D monster. Described as a buffalo or wildebeest with the power to turn its victims into stone, it’s pretty easy to see how it was able to inspire Dungeons and Dragons.

The catoblepas is immediately worse and than it’s inspiration with an offensive odor and thin long neck holding up a warthog like head. While our world’s version likely has a history in people seeing a beast they didn’t understand and knew better than to get near, D&D’s take on the catoblepas is truly monstrous. Anyone who meets the gaze of the catoblepas dies instantly, and in a surprise attack there is a chance that one of the party members will automatically die. Luckily, the catoblepas’s neck is very weak and has a difficult time holding its head enough to meet most creature’s eyes.

While they’re fearsome, smell bad, and have death vision, catoblepas are also likely to leave your party alone unless you threaten them first. Most of the time they are content to wander the swamps they live in and graze on marsh grass. It’s only about once a month when the moon is full that they decide to go hunting for meat. If your adventurers aren’t unlucky enough to stumble upon a catoblepas’s swamp when they’re hunting, they’ll likely not attack unless they feel that themselves, their mate, or their offspring are in danger.

Catoblepases don’t change much between second and third editions with nearly identical entries only updating to reflect edition differences. The only notable difference is their newly established sense of smell which is apparently good enough to detect approaching enemies, find hidden foes, and track potential meals. If you’re trying to avoid a perusing catoblepas, make yourself smell as much like their swamp as you can. 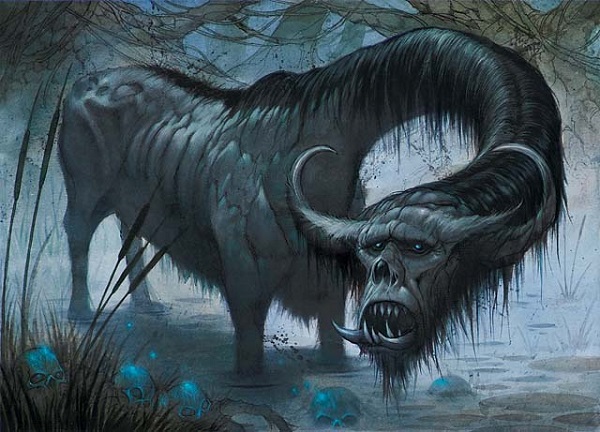 4E’s catoblepas are heralds of the Raven Queen and are one of the most prized trophies of those embarking from the Feywild for the Wild Hunt. Though they can never really be destroyed and form again in the Shadowfell once slain. Adventurers who work to help heal the places the catoblepas has made sorrowful in their wake may find themselves with the ability to avoid death from the Raven Queen herself. They’re also objectively the creepiest looking catoblepas to date. 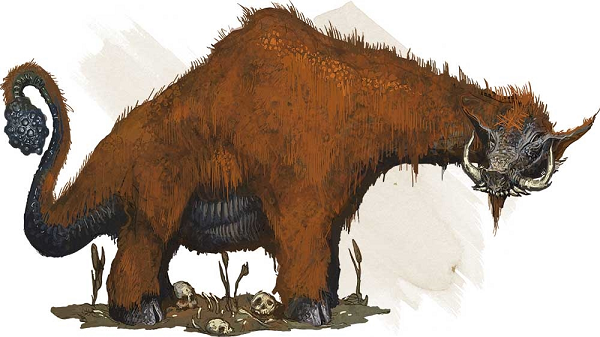 Whereas the 4E catoblepas had a keen sense of smell, the 5E catoblepas has a keen sense of stink. while they are still hunters and trackers with an elevated ability to sniff out their foe, they also smell so bad that any creature within ten feet of one risks being poisoned. There are also tales surrounding the 5E catoblepas where hags may tend to them like cattle and collect their milk or keep one as a guardian or a pet. These are just rumors of course, but watch out for any swamp hags nonetheless.

Have you encountered a catoblepas? Was it a fearsome foe or a meandering stink cow that let you pass under a not-full moon? Which edition’s version would you most like to run into? Let us know in the comments!