We’re taking a look Gausamal, the third monster for everyone’s favorite space dragon faction! In addition the Draken Armada is also getting a new unit pack with Stalkers and a Mystic. 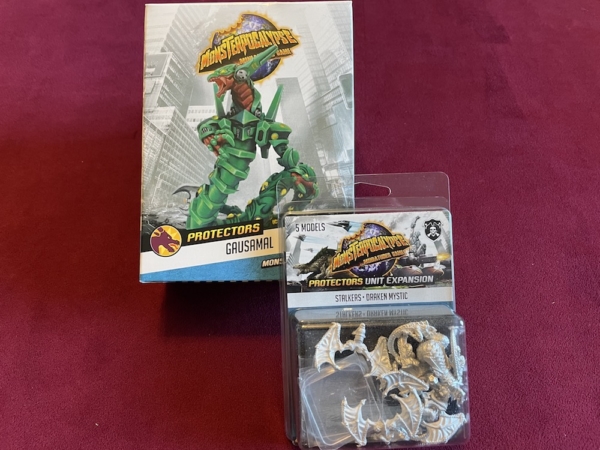 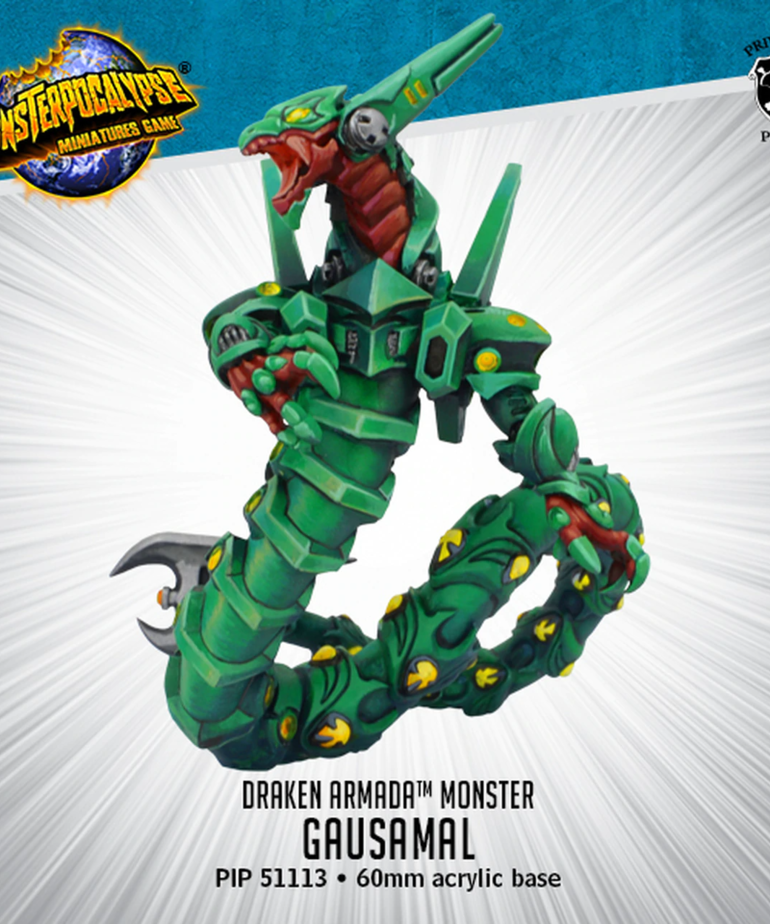 This serpentine monster comes in a mix of resin and metal. The bulk of the snake-like body is resin, with arms, head, tail, and space fins being all metal. 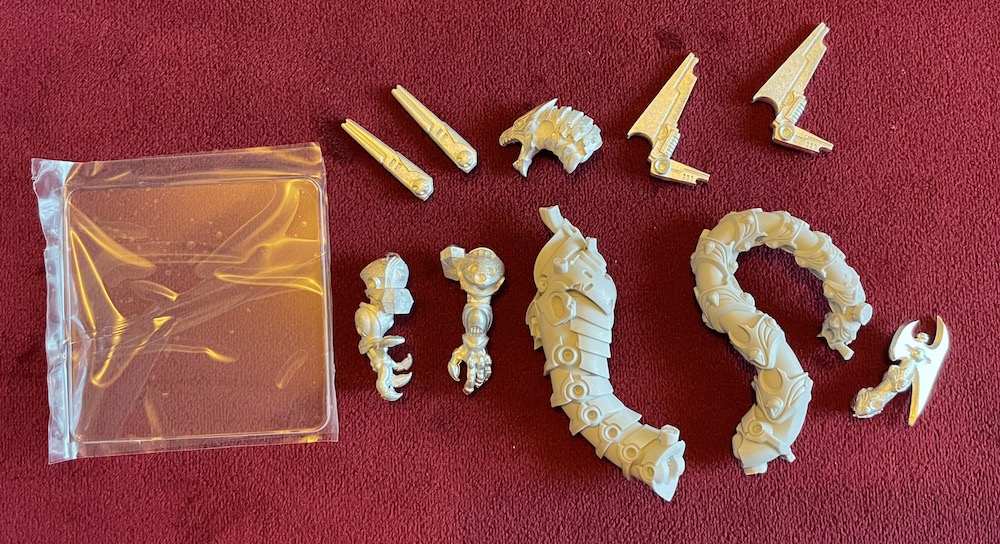 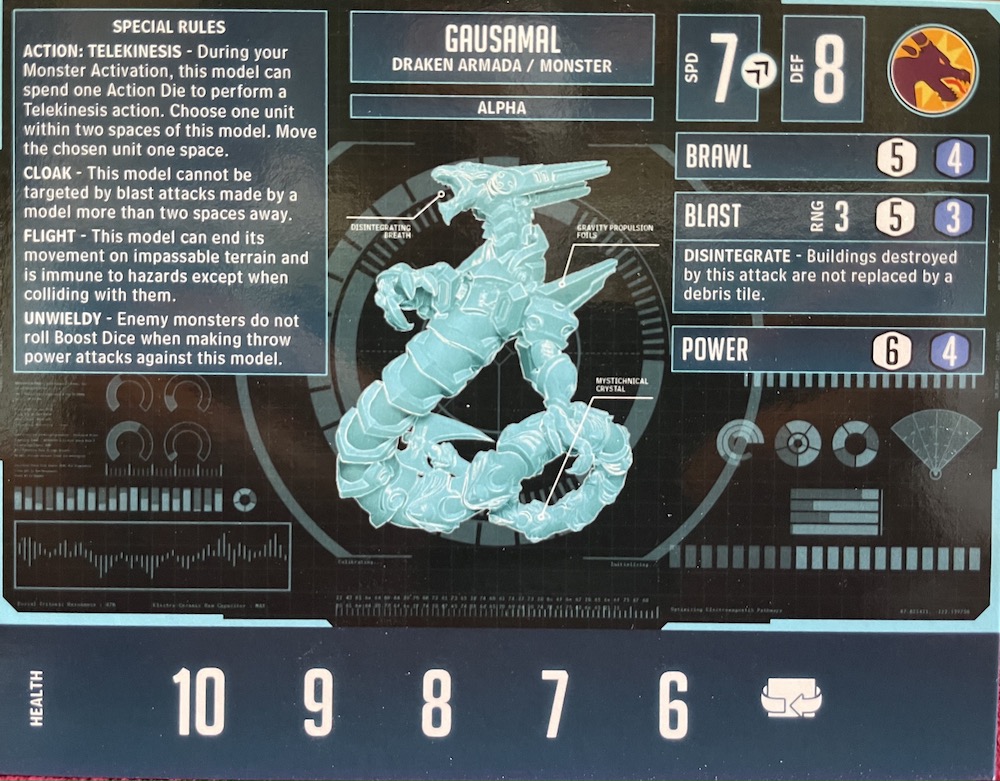 Gausamal is a fast monster, with SPD 7, Flight and Cloak to protect from ranged attacks. Defense 8 is good, made even better with the Unwieldy rule taking away your opponent’s Boost dice if they try to throw Gausamal. Throws are the most used Power attack typically, making this a fantastic rule that is sure to come up in nearly all your games. Beware to not assume you are safe from throws, at 10 life your opponent will still spend their entire dice pool if you give them a juicy enough throw target. 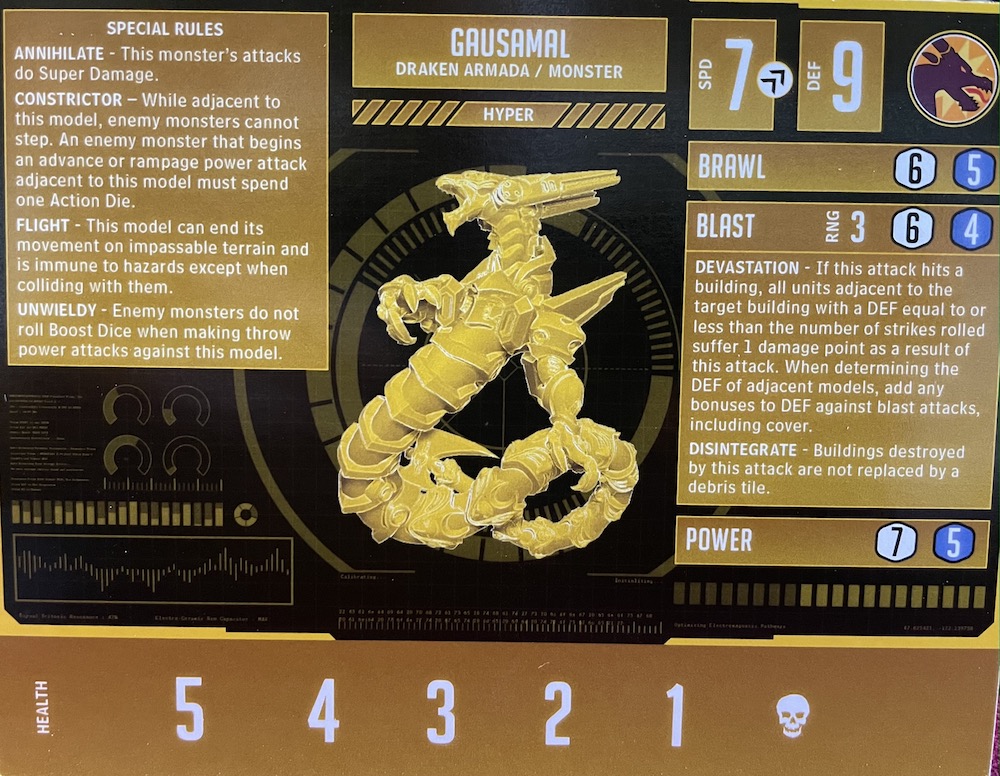 Once flipped, Gausamal gains some fantastic abilities and a bump up to Defense 9. Annihilation is the first blockbuster rule you’ll notice, which causes all of Gausamal’s attack to do extra damage! Constrictor is both thematic and powerful. If you can position Gausamal in a tricky spot, maybe nestled in between buildings with a screening unit, you’ll make it very hard for an opponent to line up for a power attack. When screening units need to be cleared or moving around lots of buildings, there is often stepping involved that Gausamal can muck up.

Given Constrictor and Unwieldy, your opponent might find themselves in a spot where it’s easier to just shoot or Swat models into Gausamal. Be on the lookup for enemy monsters that can deal multiple damage from ranged attacks once Gausamal is in Hyper. 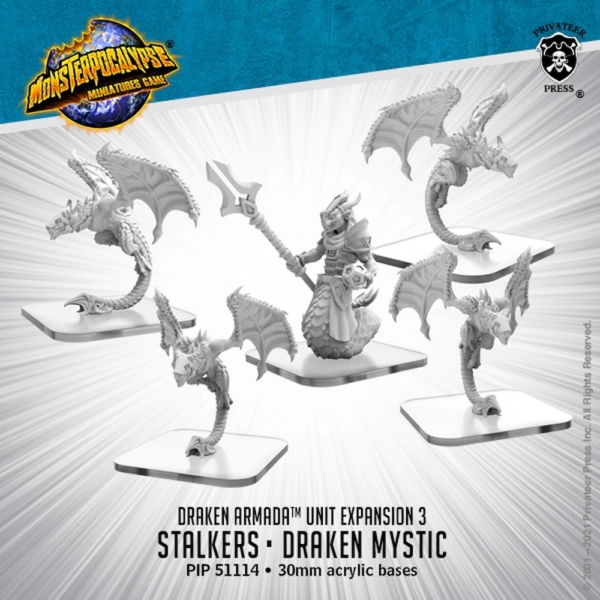 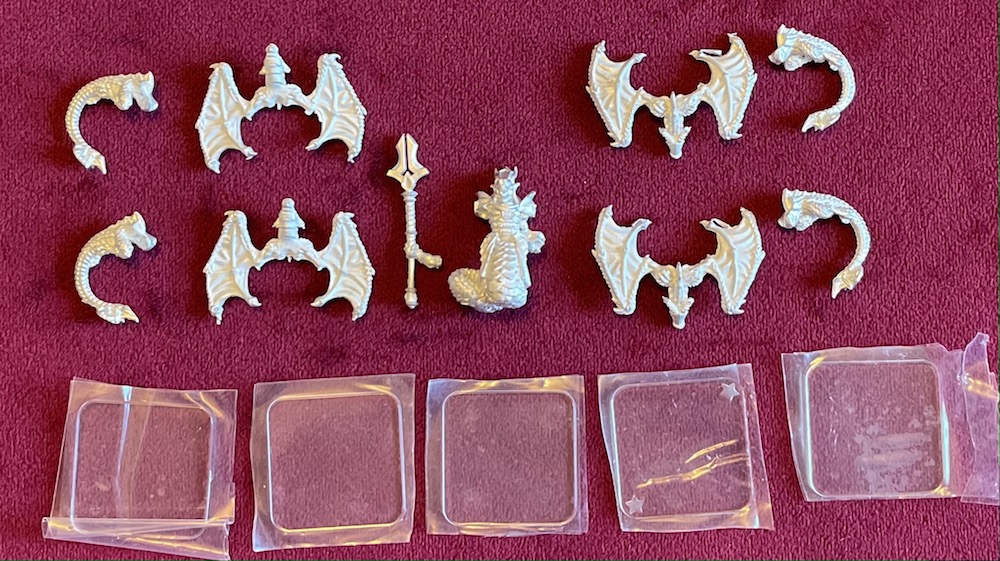 A fast unit with Flight is always useful in a list. Being able to take ground quickly or disrupt an enemy building is always nice to have. Though the Stalker has a blast attack, it probably isn’t going to be taking out units by itself. Even with the Outrider rule, you’ll want to try and pair with other units or an Elite to get those bonus Boost dice. 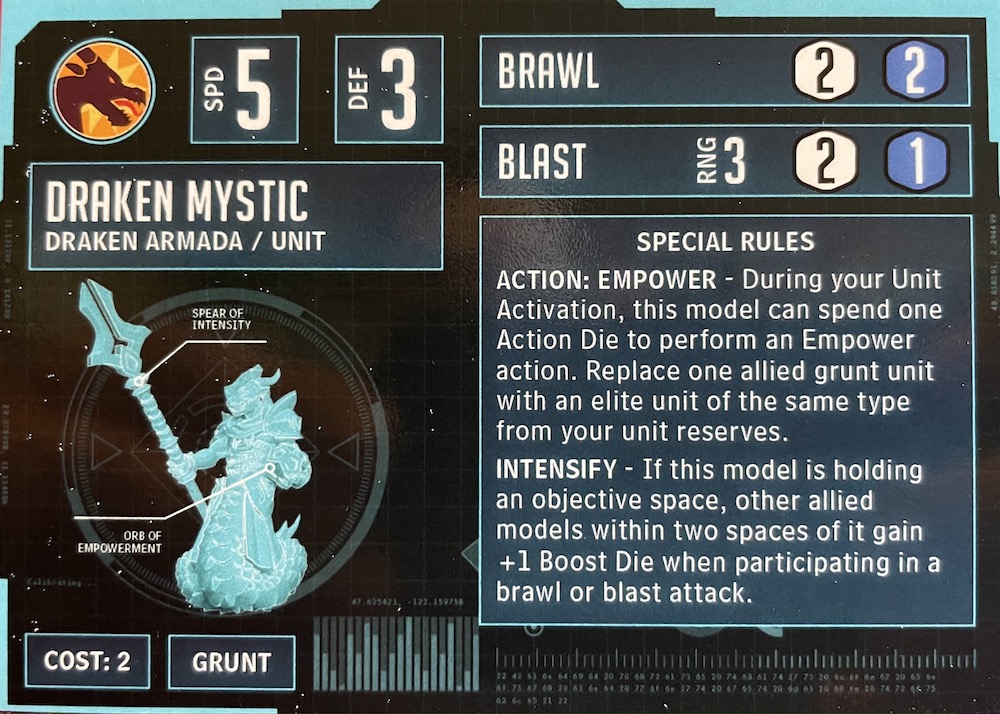 The Draken Mystic is a great support piece, that also has some good attacks itself. Empower lets you deploy grunt troops and make them Elites later, which is great as now your opponent can’t just snipe out an Elite you were trying to save. Intensify is a fantastic passive rule, and don’t forget that Spawn points count as objective spaces also!

Overall a really solid wave of releases for the Draken Armada.

What do you think of Gausamal and these units? Will you be adding them to your protectors force?

Kong and Godzilla - Two Gargantuan Monsters Ready to Duke it Out 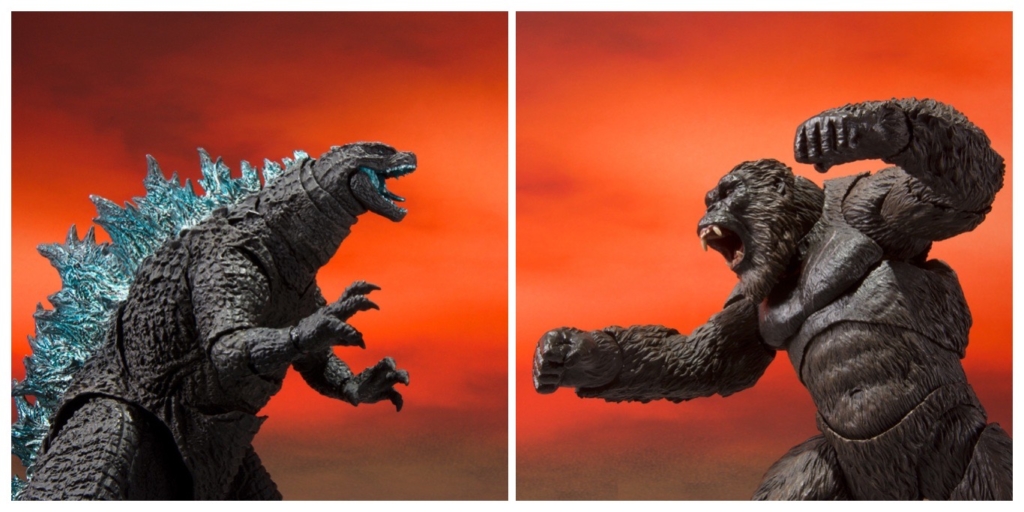