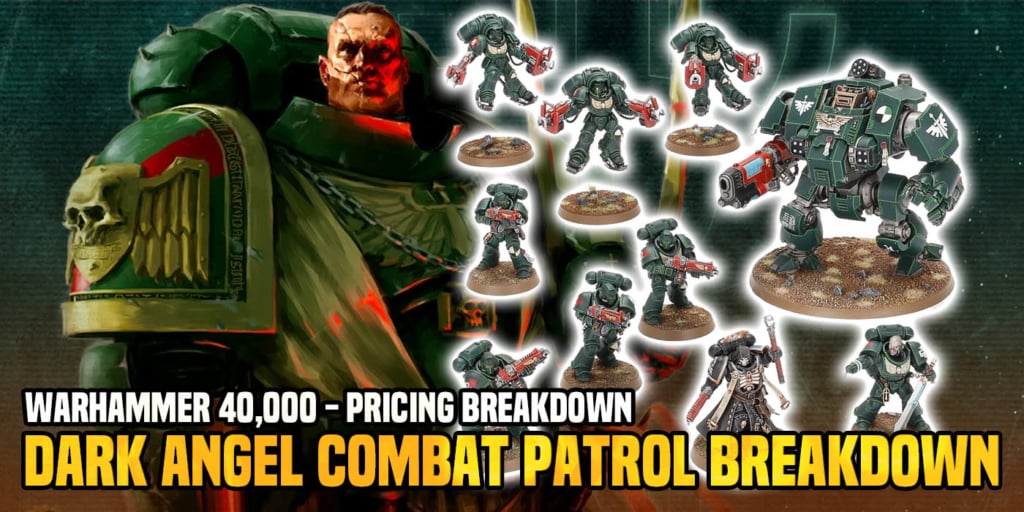 The Dark Angels are getting a new Combat Patrol Box – so will it be a deal? Let’s take a look at the pricing of the units to find out!

If you didn’t see the preview on Sunday, there is a new Dark Angel Combat Patrol coming. Naturally, we’re going to take a look at the MSRP of the individual units and figure out what type of a deal we’re getting with this one. 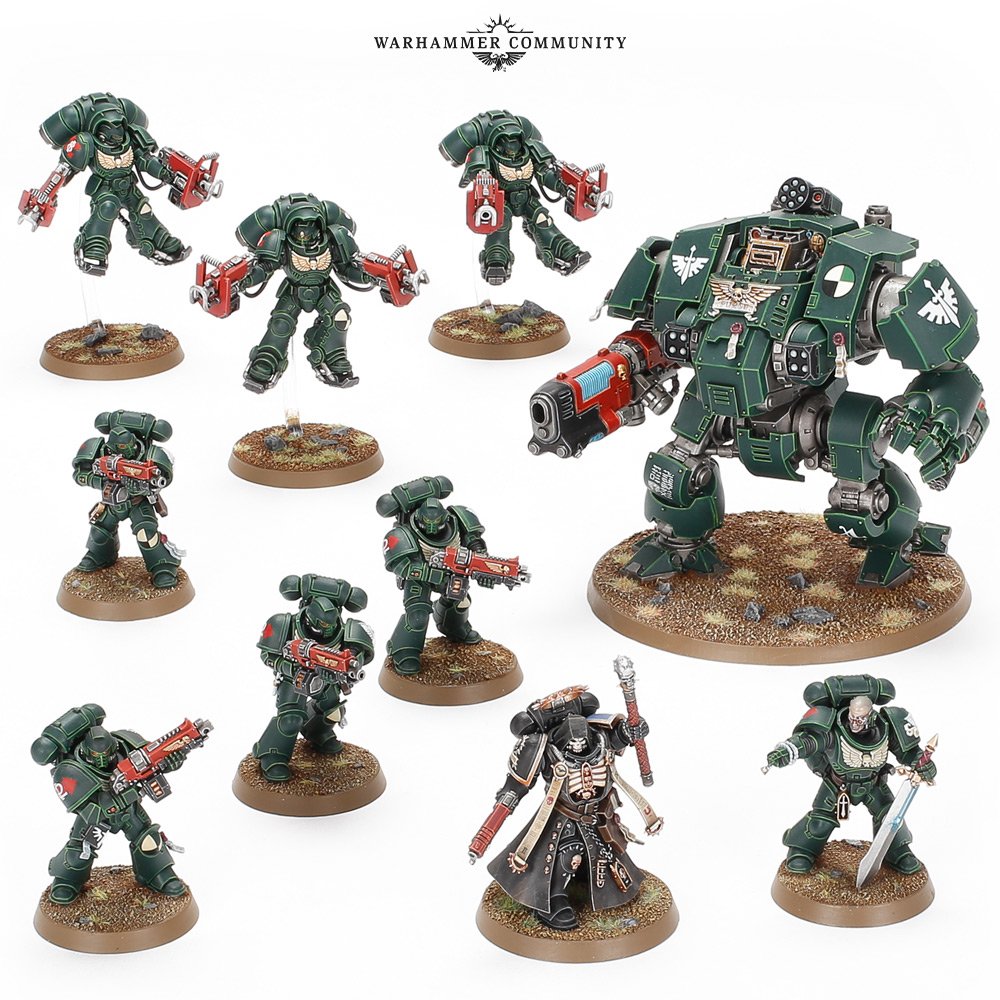 Intercessor Combat Squad – $35* (based on previous price, no longer available in 5 man sizes on GW website) 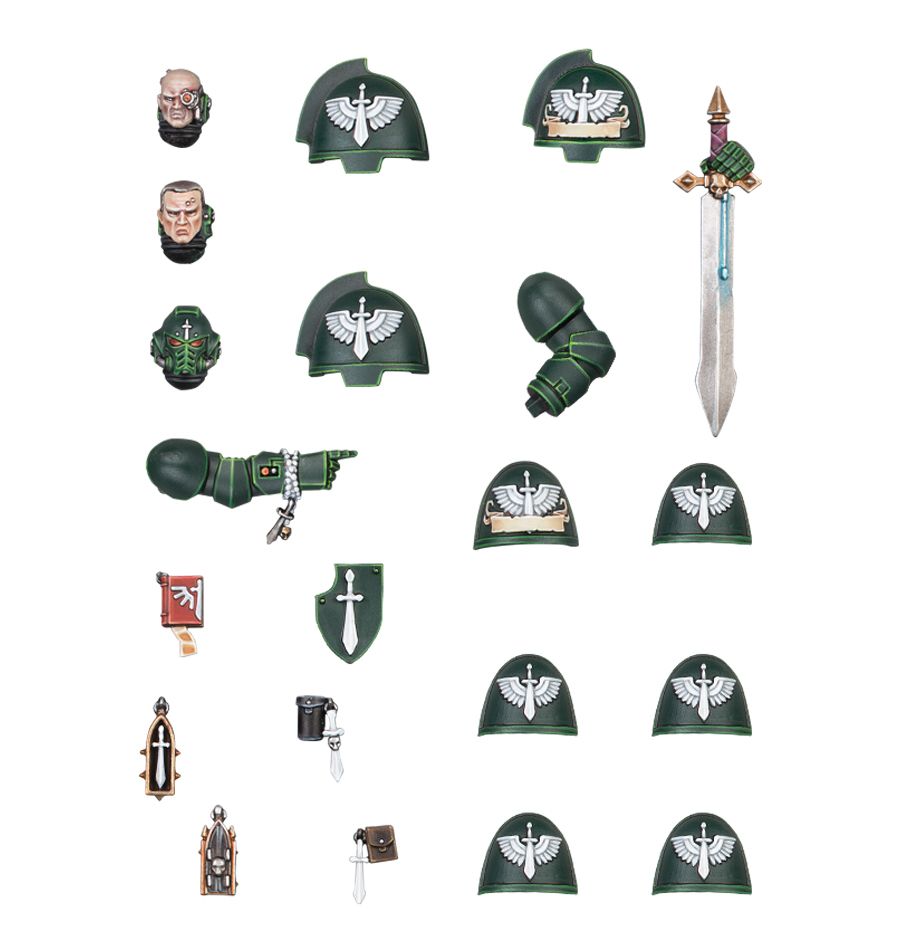 So now the question becomes “is this a good deal?” Well, we can assume the Combat Patrol Box will match the other ones out there. That would put this at a price point of $140. That’s not confirmed (yet) so just keep in mind that could change. At $140, you’re looking at a savings of $59 USD. That’s almost the cost of the Redemptor Dreadnought or the Inceptors and the upgrade pack – so yeah, it’s a good deal price-wise.

As stated in the WarCom article:

“The Primaris Chaplain, Redemptor Dreadnought, Inceptors, and Intercessors in this set provide you with a budding Dark Angels army with a Power Level of around 25 – perfect for Combat Patrol-sized battles” 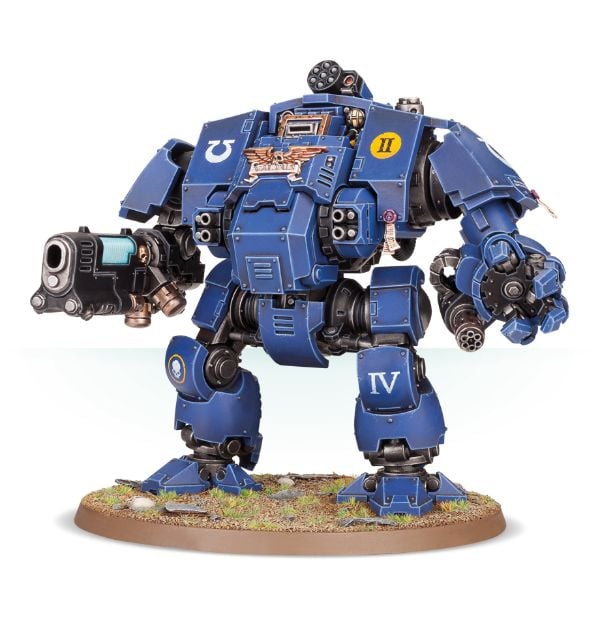 So in essence you’re getting a pretty solid starter force for the Dark Angels – it’s 25 Power Level and ready to rock and roll right out of the gate. But is it any good? Well, if you’re just starting out, you could do worse. For the Dark Angels, the Chaplain seems appropriate as an HQ option. This box is also different enough from the other options out there to make it unique. It’s a little light on number of models but the ones they included can pump out some serious firepower. Plus you’ve got some versatile weapon options with this batch.

If you’ve already got a Dark Angels army and you don’t have a Chaplain, Redemptor, or Inceptors then this would be a great addition to your collection. If you do, well, why are you eyeballing this Combat Patrol – you already know if you want it or not!

If you are new and looking to expand to 50 or 100 Power Level, your next jump is going to be to fill out those Troop slots. Now, we are waiting on a new Dark Angel Codex so points may shift around, but adding more Intercessors is another solid start. You’re also going to want to get yourself another HQ. As Dark Angels, you’ve got some options. That will also determine which direction you want to take your army as well. 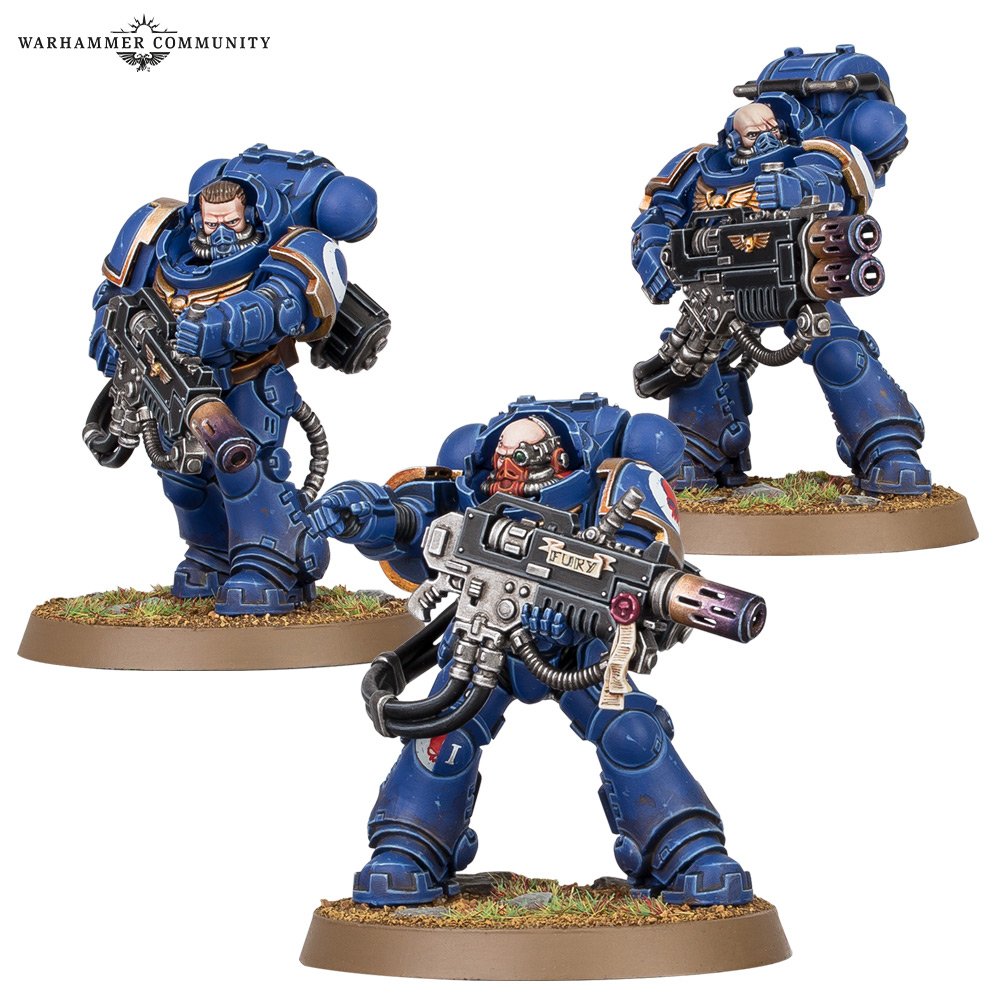 Ravenwing will add in some speedy elements whereas Deathwing will add in some toughness with Terminators and more Elite options. Right now, I’d personally wait until I got my hands on the codex before I planned out the rest of the army – but that’s just me. Also this weekend will see the arrival of a slew of new units that would be right at home in a Dark Angel Army – so maybe keep that in mind!

Right now, if you ARE planning on picking up this starter, my recommendation for your next upgrade is those Troop spots. You can’t go wrong by snagging a box or two of Intercessors when you get the Combat Patrol box. From there, wait until you map out your army. Or wait for Goatboy to come up with a list. I’m sure he’ll have a few ideas. 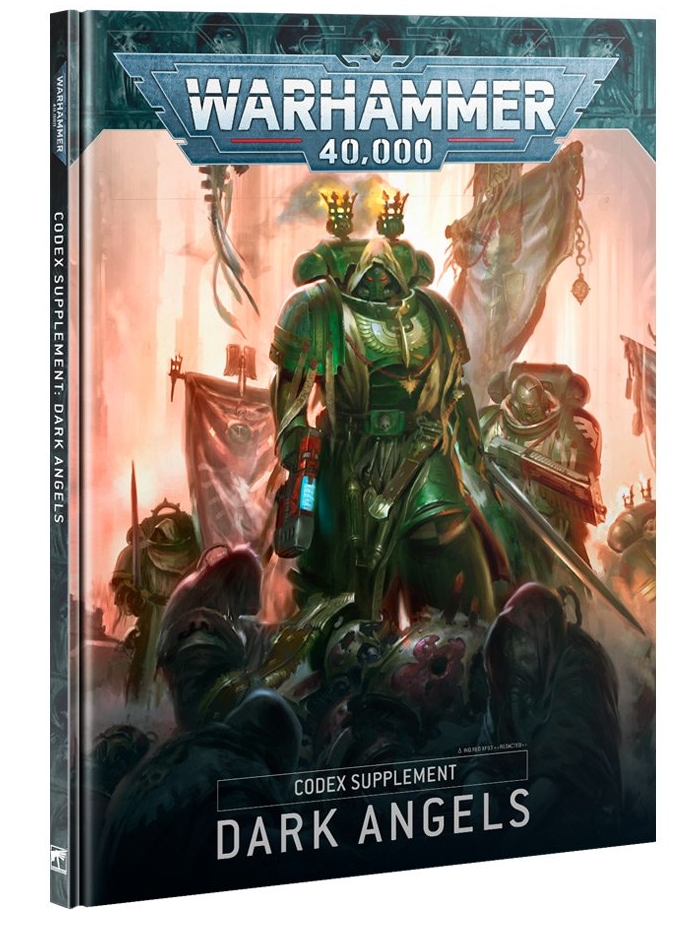 What units are you looking at for a Dark Angel’s army? How about those prices – is it a deal or no deal for you? 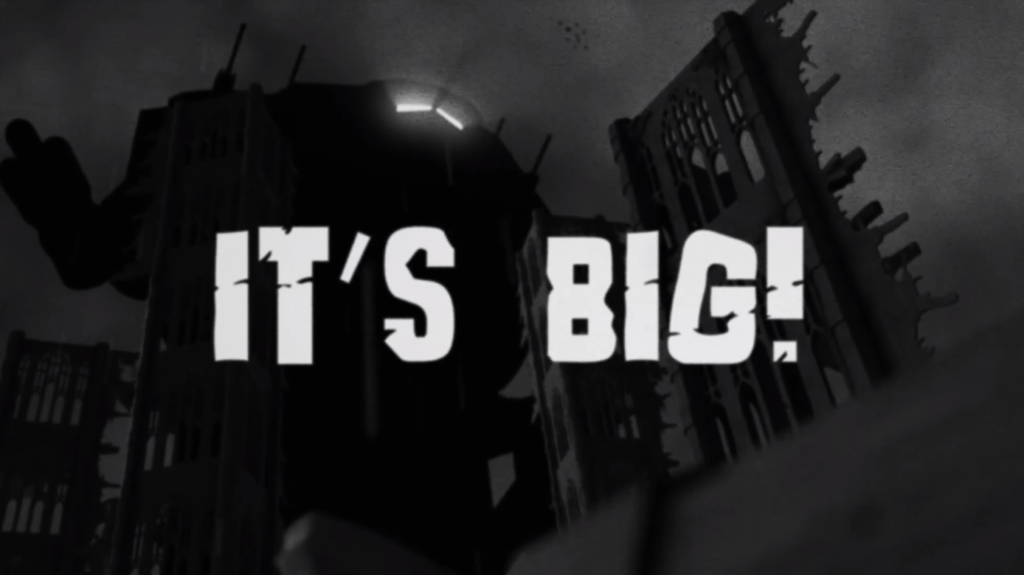