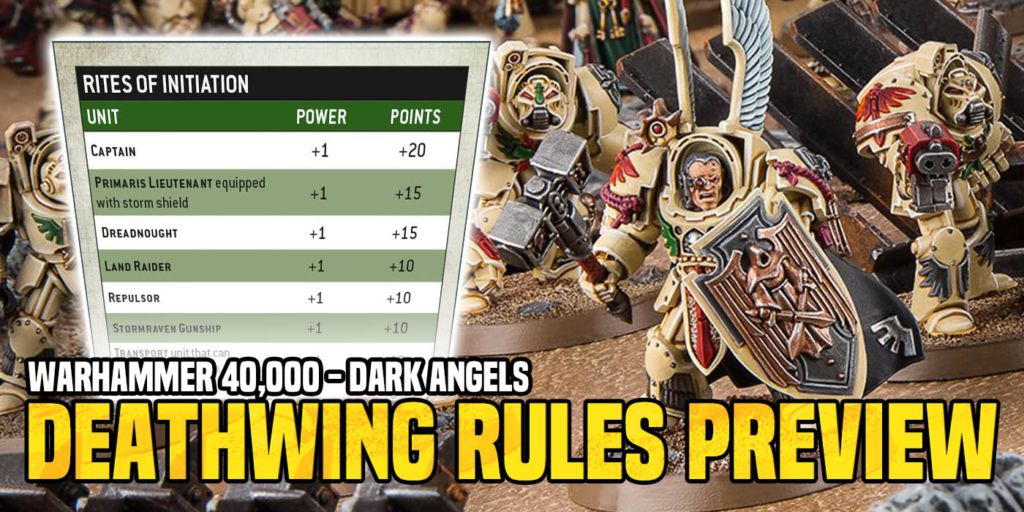 The Dark Angels First Company is getting a new batch of rules. Come see what’s in store for the Deathwing!

You didn’t think the Ravenwing were the only ones getting a new batch of rules with the upcoming codex, did you? Of course not! The Deathwing are getting a similar treatment and now it’s time for the Terminators to take those objectives. 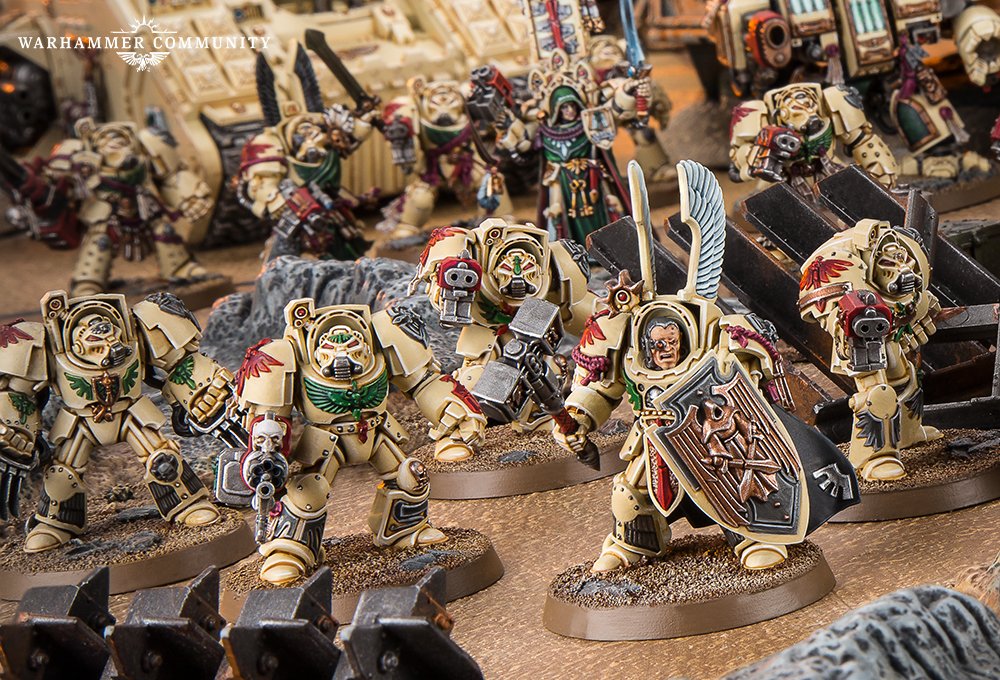 “First among their brothers, clad in bone-white ceramite, and wielding ancient relics of the Chapter, the stalwart veterans of the Deathwing are the speartip of the Dark Angels’ assaults in the most dangerous war zones. Almost uniquely among the Adeptus Astartes, so great are their resources that the entire 1st Company can be equipped with nigh impenetrable Terminator armour.”

If you want to play an army that is entirely made of these heavy-armored Terminators then you’re in luck. The First Company has their own rule that allows them to take and hold objectives so they can actually win games: 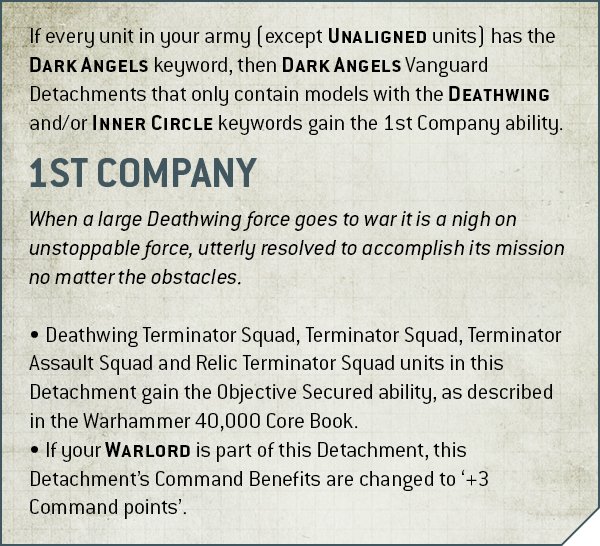 Furthermore, if you want to induct specific characters into the Inner Circle you can do that by paying a points costs now as well: 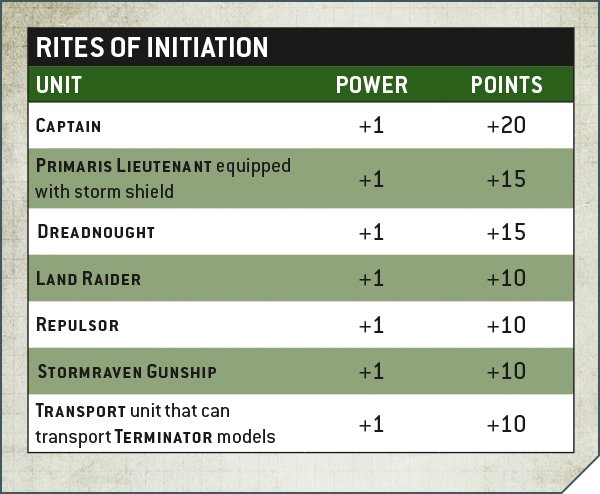 Not only will you be able to field Terminators from the Deathwing you will also be able to load-up supporting units that can fill any tactical gaps you might have, too. Deathwing Land Raiders spewing forth Deathwing Terminators is a pretty strong visual image.

Alternatively, you could opt to use their ability to teleport on to the battlefield and combine that with the new Deathwing Assault Stratagem. Drop in and bring the big guns to bear: 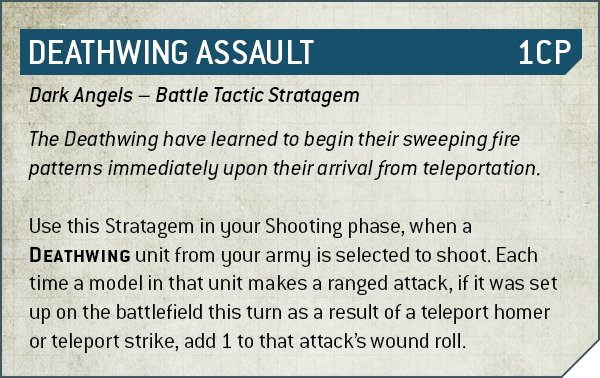 And this one isn’t the only Deathwing centric stratagem either. No Foe Too Great To Subdue is another powerful tool in the Deathwing arsenal: 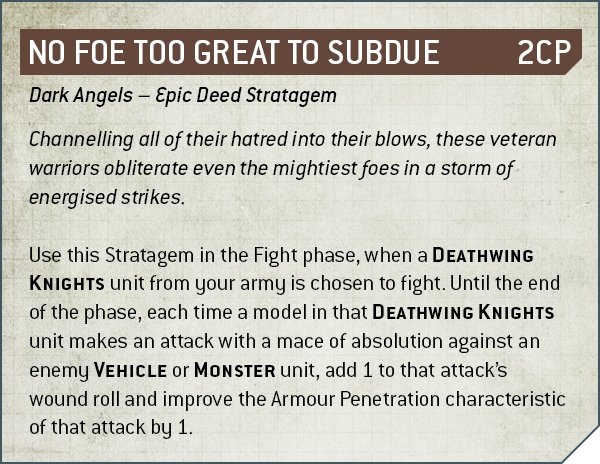 You’ll naturally want to run some Deathwing Knights for this stratagem to work but it’s a nice bonus to the wound roll and the AP of the attack for those mace of absolution attacks. 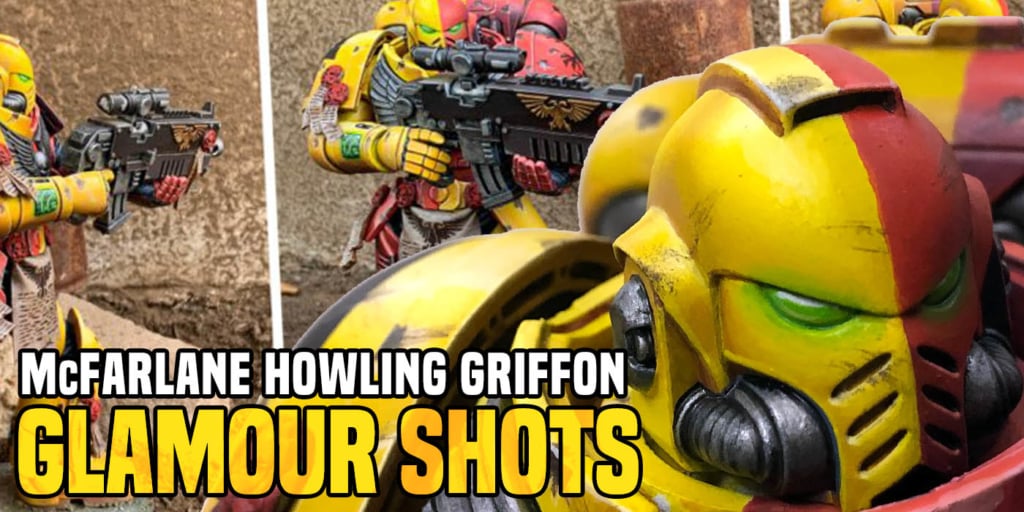