Even as the world of Golarion gets ready for a confrontation with Savage Worlds, more new adventures and customization guides are here. Come and take a look at the new Lost Omens Ancestry Guide which adds new heritage options as well as phase 2 of the Abomination Vaults Adventure Path. 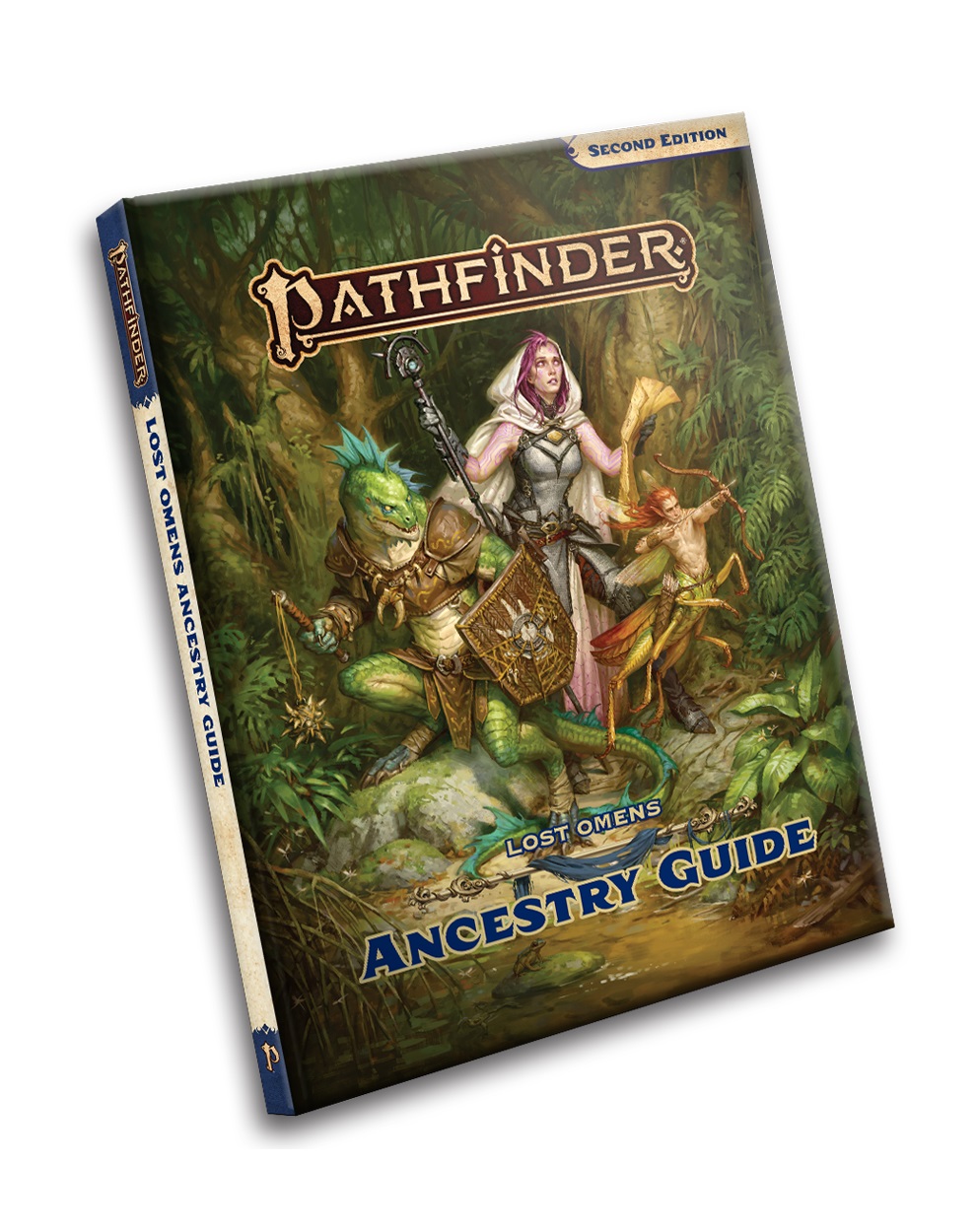 Remember who you are! The Age of Lost Omens is filled with people of all types, including more than just those of common ancestries. Lost Omens Ancestry Guide places the spotlight on the uncommon and rare ancestries of the Inner Sea (like geniekin, androids, kitsune, sprites, and more!), providing information on their cultures and place in the world. The book also expands on the rules options for these ancestries and versatile heritages. Finally, Lost Omens Ancestry Guide also features new ancestries and versatile heritages including some that are brand new, as well as old favorites from throughout Golarion! 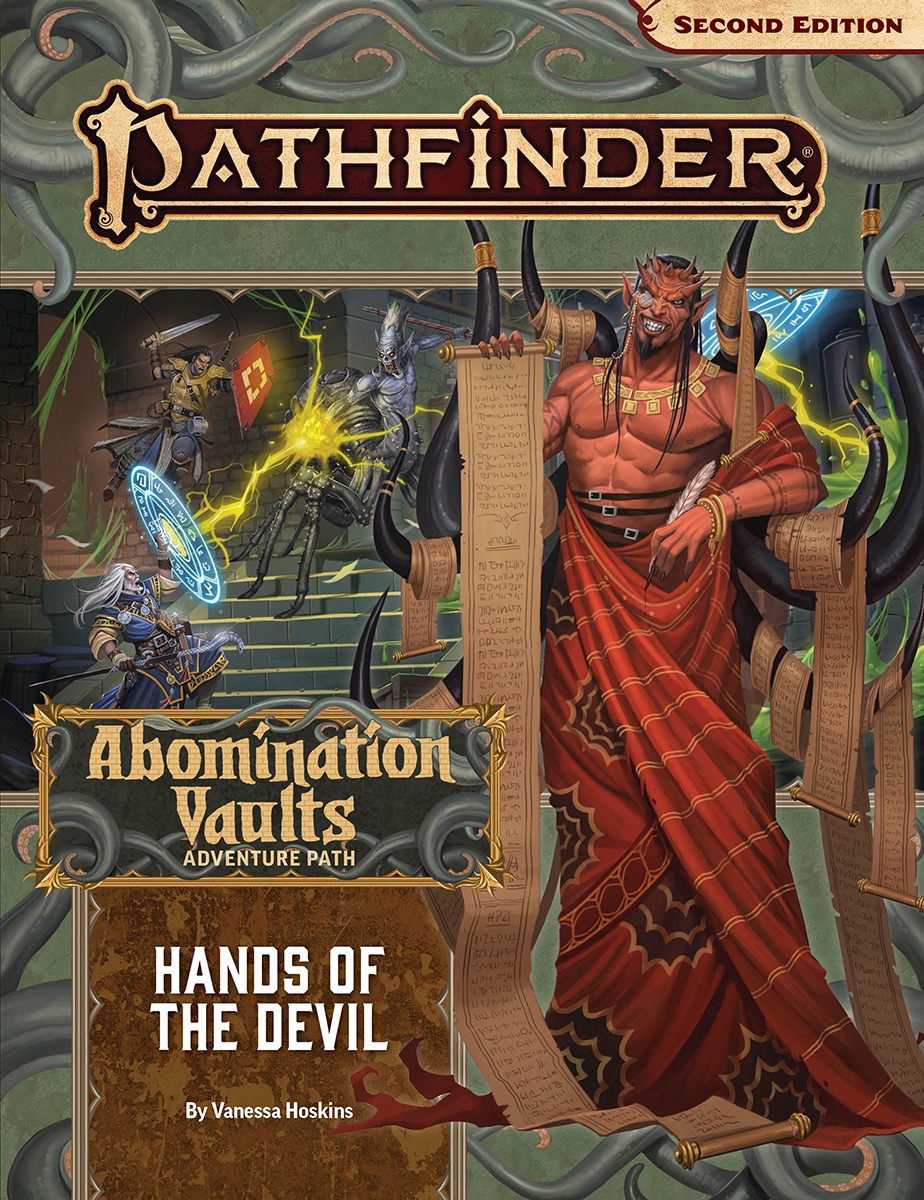 Beware when dealing with devils! The Abomination Vaults sprawl far beneath the mysterious Gauntlight, and it’s time to take weapons, torches, and wits into the deeper dungeons. Here, vile fleshcrafters labor to create armies of monsters for their long-dead leader, and a force of devils still work to maintain order among the feral and fractious monsters. An unlikely ally can reveal the secrets of the Abomination Vaults, but his price is steep and must be paid in blood.

“Hands of the Devil” is a Pathfinder adventure for four 5th-level characters. This adventure continues the Abomination Vaults Adventure Path, a three-part, monthly campaign in which the heroes explore a sprawling megadungeon to stop an ancient evil from renewing her monstrous vengeance. This adventure also includes a close look at the wicked will-o’-wisps, an examination of Golarion’s fleshcrafters, and new rules and monsters!