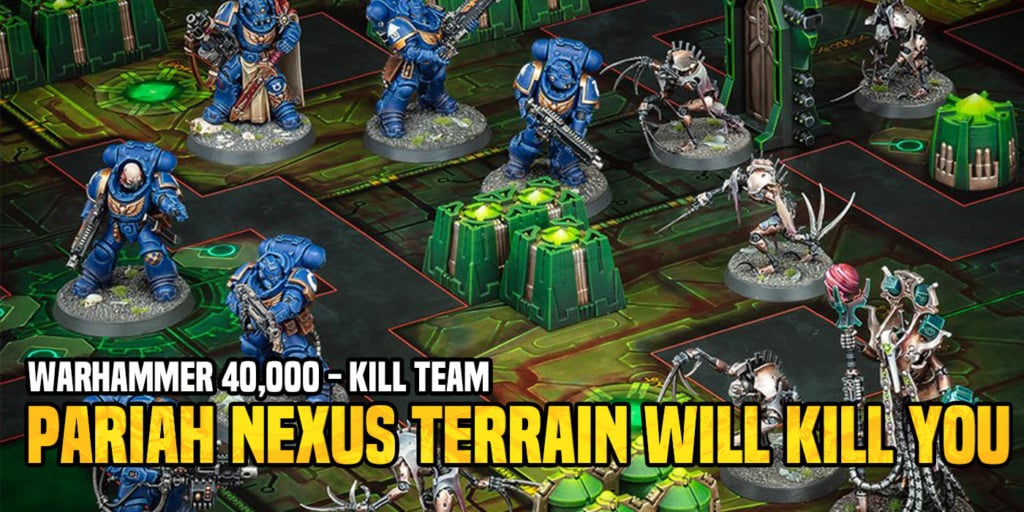 The new Kill Team box has some great looking Necron terrain included and it just might take out your Kill team.

If you were worried about the balance of Kill Team: Pariah Nexus, well, we’ve got more news: The Terrain rules might take you out, too. In the latest info drop about the box set, Games Workshop revealed some of the terrain rules and it’s not just going to be a static part of the board – it’s going to do some damage.

“Using a suite of narrative effects – which can be used in any of your Kill Team missions – everything from strange glyphs on the ground to the very walls themselves can take on a life of their own. Often, this will be highly unpleasant for anyone unlucky enough to be stood nearby when, say… a swarm of nano-scarabs is unleashed.” 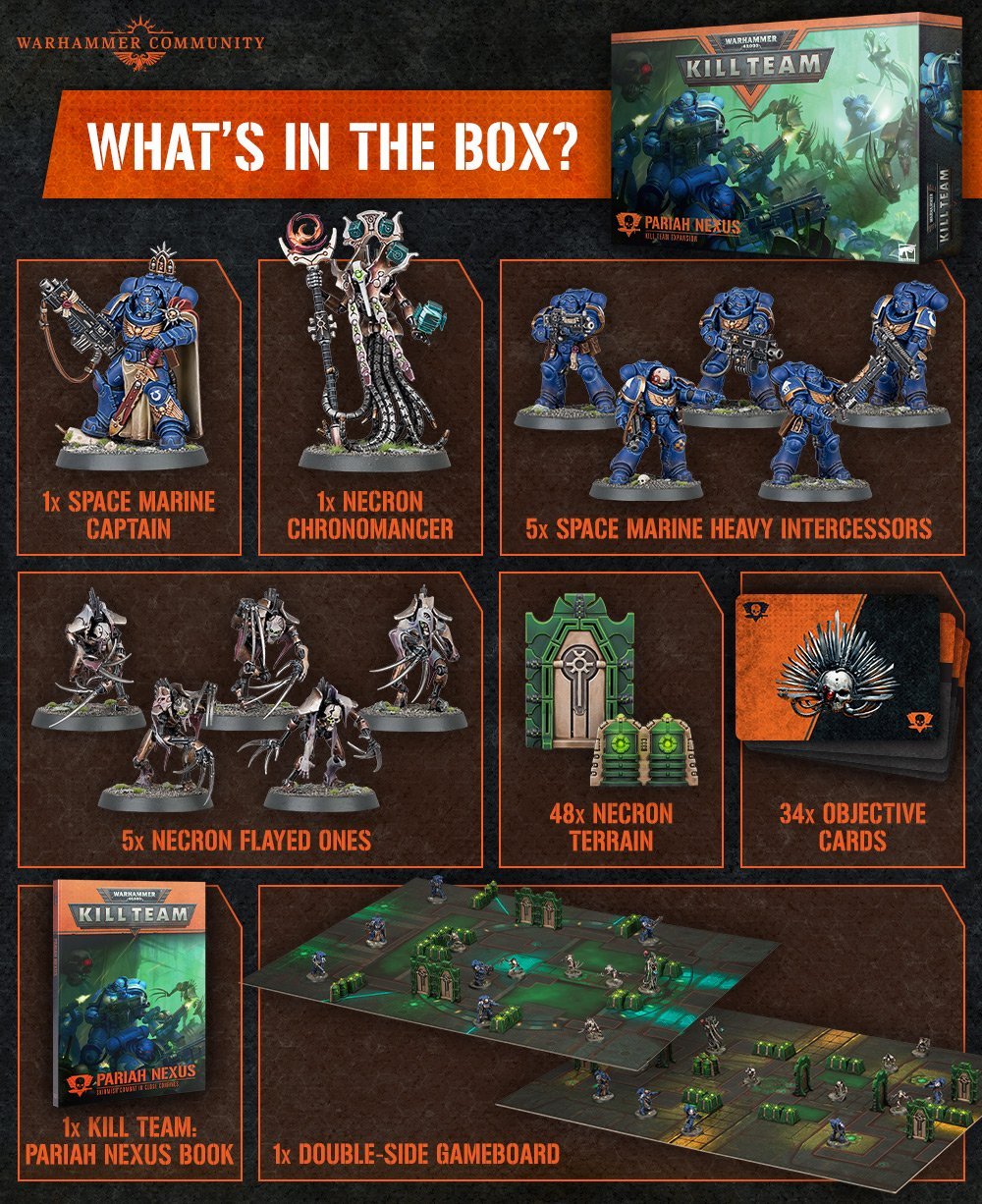 So what exactly in a Nano-Scarab Infection? Well that was one of the rules previewed:

That’s some nasty stuff. If you’re not familiar with the Kill Team rules, just know that Injury rolls are bad and getting a +1 to those is worse. That’s how your fighters get taken out of the game. “Oh well just stay away from the terrain feature. No big deal!” That would be true if the terrain didn’t also have a way to reach out and touch you:

If a model gets within range of an objective marker, this piece of terrain gets to fire twice in a turn. TWICE! That seems like it could be bad for someone’s health.

“These effects are randomly determined before the start of the first turn, so what might be a mere trinket in one game can suddenly become a dangerous threat in the next. Who knows, you might even gain the ability to shape the ever-changing terrain to your own will… “

Yep. that’s right, game-to-game the board and the terrain effects are randomized. You’ll never know just how deadly the terrain will be until after you’re first turn. 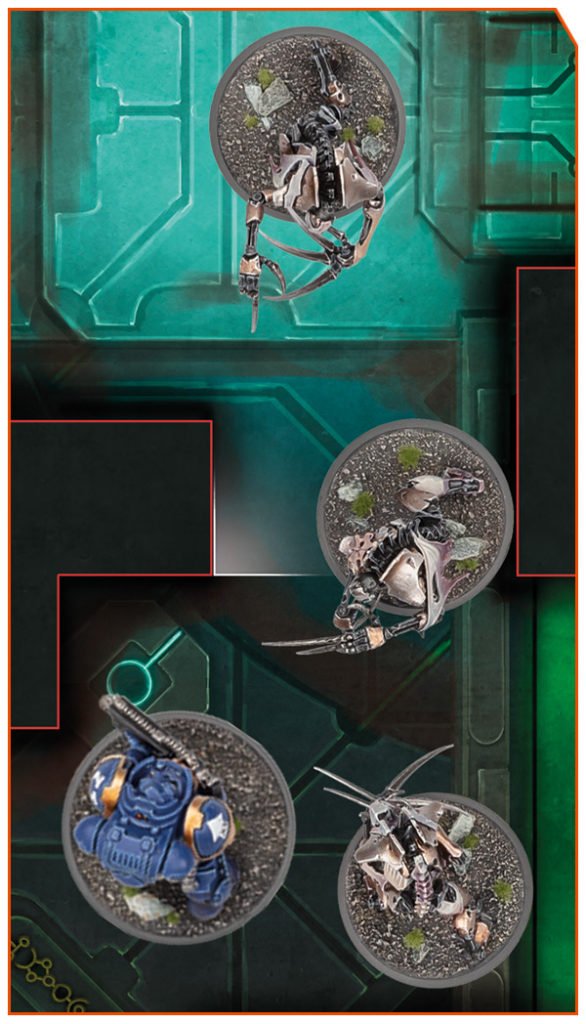 The game also has sections of the board with “Firing Port Markers” – this is a picture from the article and I’m going to have to assume the firing port has somethign to do with either the glyph on the ground or the white line on the wall section. It’s not labeled, so …yeah. Anyhow, these firing ports are supposed to make it easier for your to hit your enemies:

“Stand in just the right place as your opponent charges down a narrow passageway and you’ll find it much easier to hit them. Planning ahead will be more important than ever as your operatives look for the best firing positions and the safest avenues to charge down.”

So there you have it. It’s not all bad news – sometimes the board can help you get that ambush off. Sometimes it will try to kill you. It’s a give-and-take. Welcome to the Pariah Nexus.

Are you ready for the battles that await you in the new Kill Team box? Pariah Nexus is coming soon!

The Wargames Show is All About Lion El'Jonson's Boys 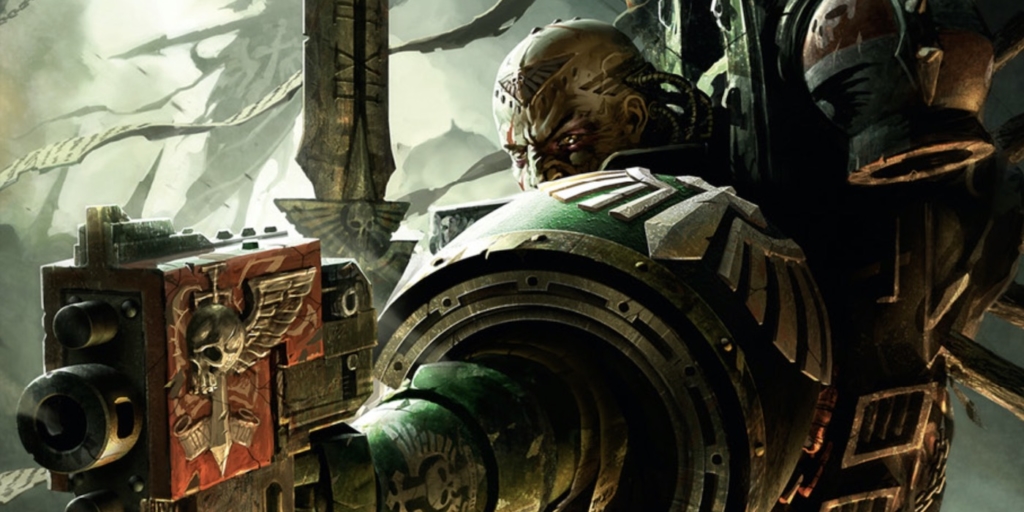