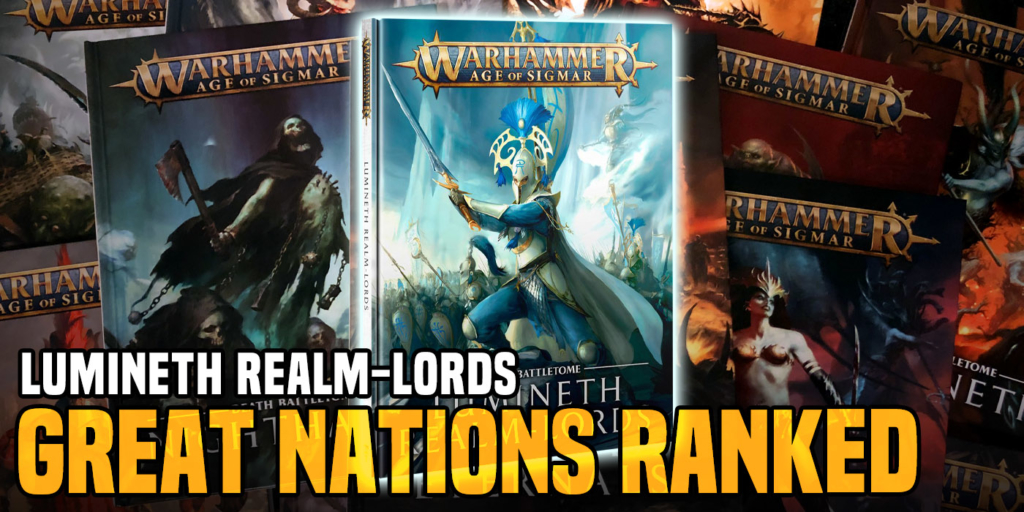 When you refract light, does one beam burn brighter?

Back when the first Lumineth book was released, we reviewed the four Great Nations of the Lumineth, and with the new book, two new Nations join the battle in the form of the athletic Alumnia and the master archer Helon. Each of these factions has its own special skills and playstyles, but one has to wonder: does one stand out above the rest? With that question in mind, here’s my informal ranking of the 6 Lumineth Great Nations, based on ability, complexity, and fluff.

In a group of incredible factions, being at the bottom isn’t a bad thing because you’re still the lowest of the best. However, this faction seems to have the least to offer with the myriad number of ways to deal with spells. You get to add +1 to casting, and you have a wider selection of spells, but if you’re up against an army that can eat them like Khorne, or even worse an army that thrives on YOUR casting like Tzeentch, this can blow up in your face. That said, if you bring Teclis along your spells become insane and your general is almost indestructible, so take this with a grain of aethersalt. 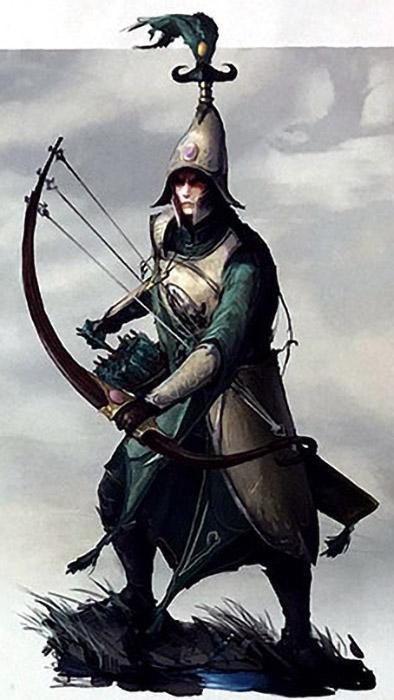 I can’t believe, as a big fan of archery armies, that I’m putting this faction so low on the list, but alas they just don’t do much for me. Having an extra shot against close units and the ability to scoot out of combat is nice, but it doesn’t make up for how fragile your archers are, and both the command trait and artefact for the army can only function once per battle. You do get to add Windchargers as battleline, which is a small consolation, but it doesn’t quite match up to the rest of the factions available. Also Sevireth isn’t Helon, which will never make sense to me, and definitely would have put them higher on the list.

This faction has a lot to offer with its aetherquartz tricks, but it just doesn’t rank quite as high as the top three on our list. You do get to make some wacky moves by doubling down on your reserves and even activating your abilities twice a turn, but that can decimate your bravery, and against an army that plays off of that you could see big chunks of your army running to battleshock. Your general does get a pretty neat command ability, and the artefact of power isn’t bad, but it just doesn’t hit the same as the top spots on the list

The other new faction, and they take the bronze medal thanks to their utility and feats of athleticism. Their Scinari and Vanari can take a pre-battle move, they can run and charge for a command point, and their general can snipe mortal wounds onto nearby units every combat phase, possibly meaning the difference between a dead Skarbrand and an angry one. You also get a single-use artefact that lets one hero poof to a different area of the map, allowing them to be exactly where you need them or escape from an unfavorable combat. These guys probably have the most utility of all the subfactions.

The cow bois of Hysh, Ymetrica is the poster children of GW when it comes to the Lumineth. If you don’t believe me, look at the special characters; of the 6 in the book (7 if you count Ellania and Ellathor separately), only Teclis and Eltharion lack the Ymetrica keyword. My feelings on the purest embodiment of the wind NOT BEING HELON aside (and as you can see, I have several feelings) this is just one of the best subfactions in the book. Their Alarith are more powerful and battleline, their general can lay down a killing blow instead of fighting normally, and they can one of the best artefacts of power not only in the book, but in the whole game. However, powerful as they are, they just can’t compete with my top pick…

If you read the last article we did on the subfactions, you know that these are my favorite, and for good reason. Their Bravery is buffed by two for all non-Scinari units, they have an artefact that lets one character resurrect once on a 4+, and since they don’t have a dedicated command trait you can pick whatever suits your army best.

But the thing that really makes them stand out is that once per phase, when you use a command ability on one of your Vanari units, another Vanari unit within 3″ is affected as well. That basically doubles your command points if your army is close, and means that you can empower your entire army quickly and efficiently if you are playing mostly Vanari. With the addition of Bladelords, that isn’t much of a sacrifice, and the power you command will be insane. 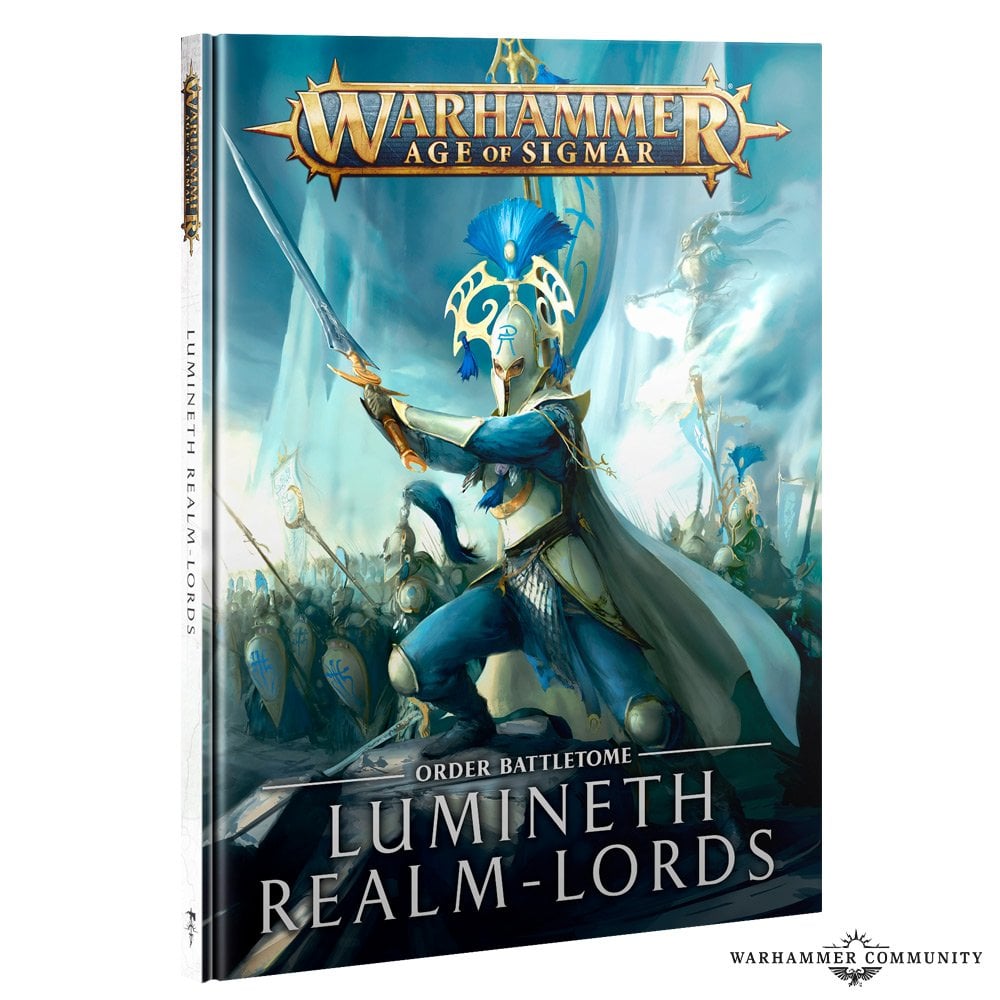 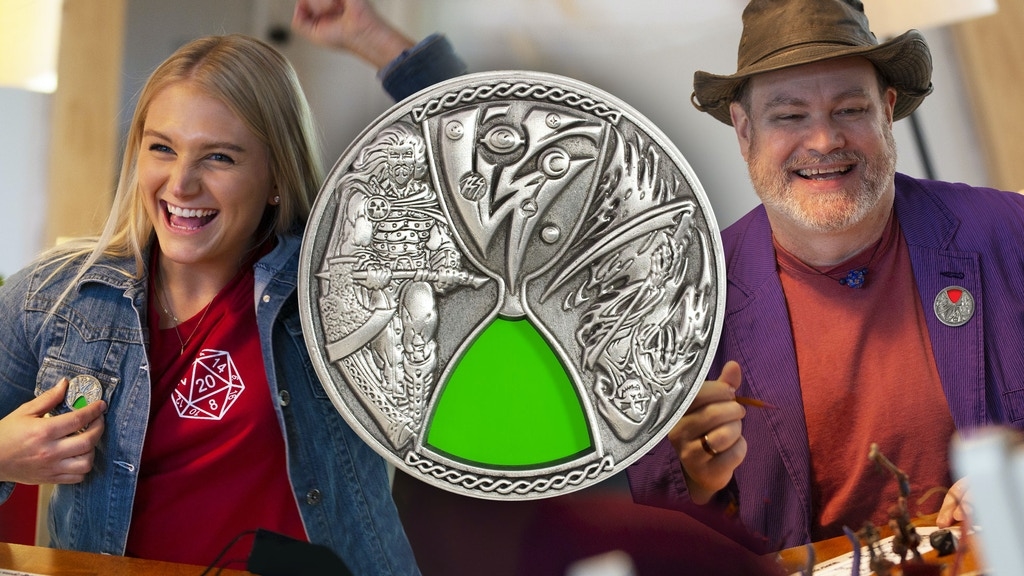