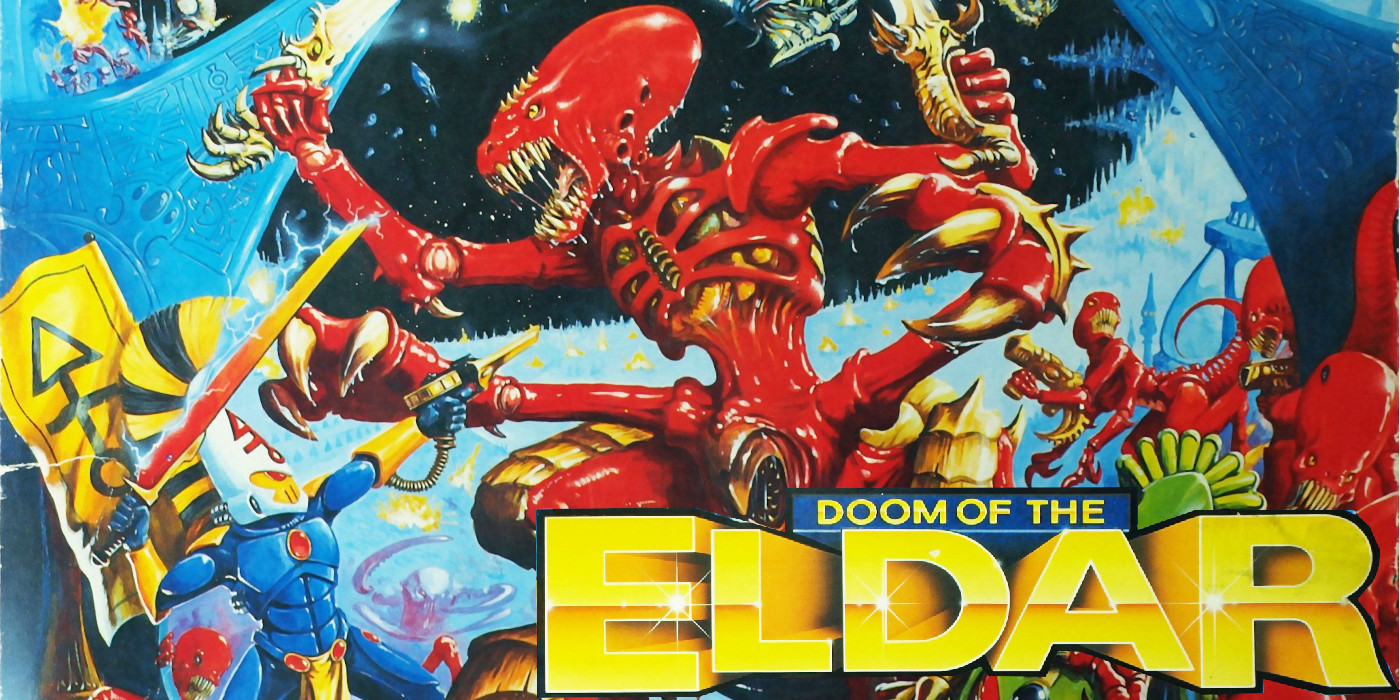 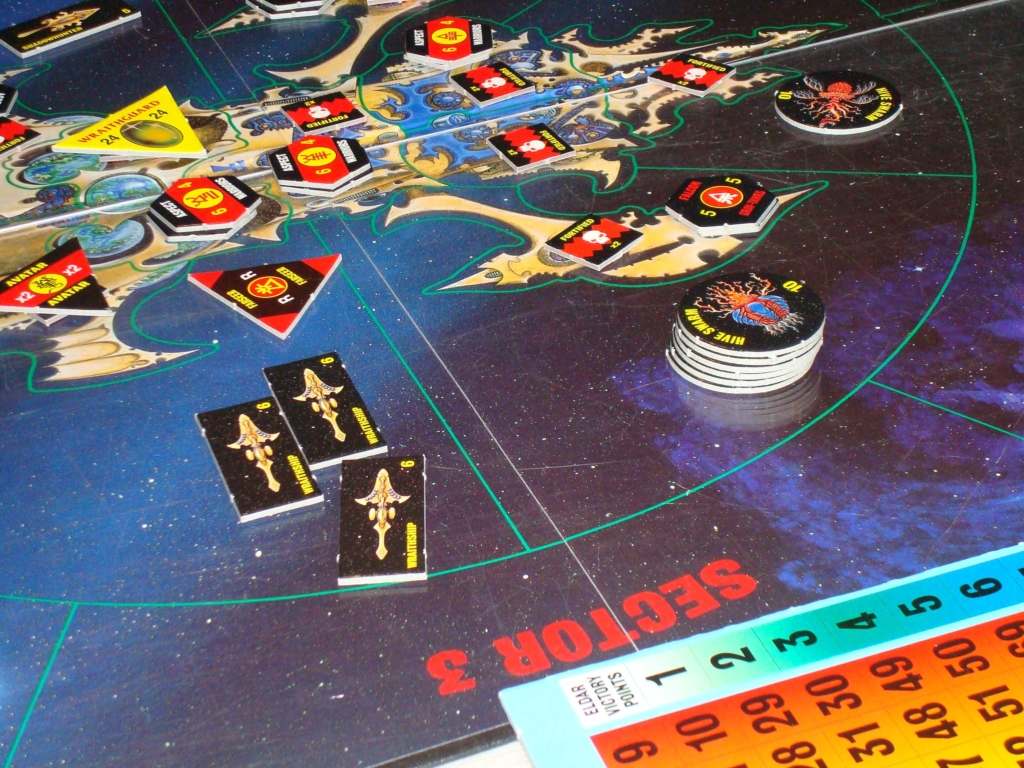 As you might expect, the ‘nids are the ones doing the attacking and the Eldar are defending. The Eldar get to set up their defenses before the Tyranids begin their assault. At the start of each round, the Tyranids roll for their reinforcements. The new units will spawn randomly around the map, as determined by the dice roll. The attackers are coming from the outer perimeter and moving inward towards the Craftworld. 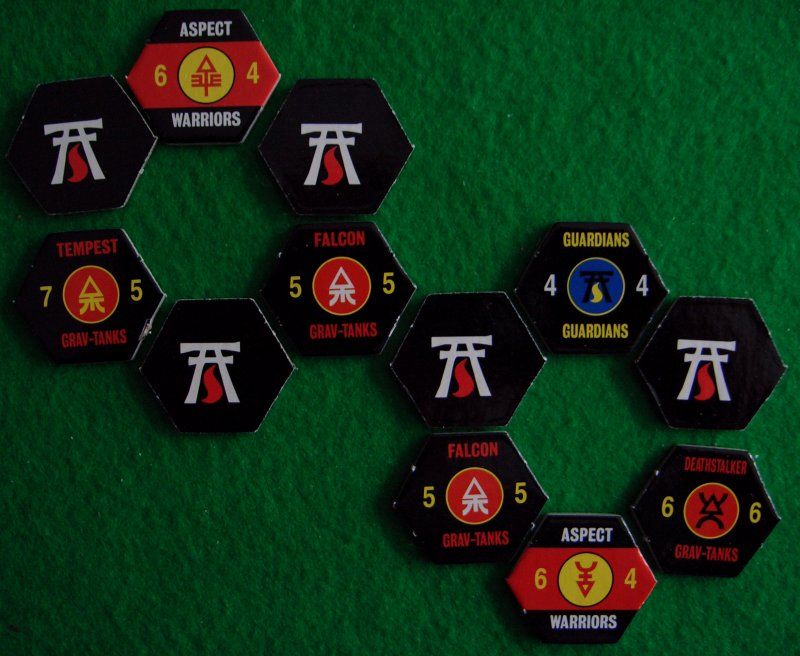 This reinforcement roll also affects when the game ends. Once the Tyranid player rolls a doubles of a certain value (depending on how long the assault has been continuing), the assault ends. This means no more bugs will show up until the game ends. Which can be a real bummer if it happens early.

On a map of this scale, movement is pretty simple. Most units can only move into 1 adjacent area. However, some special units, like Eldar spacecraft can move up to 3 spaces and other special units can move where ever they want. 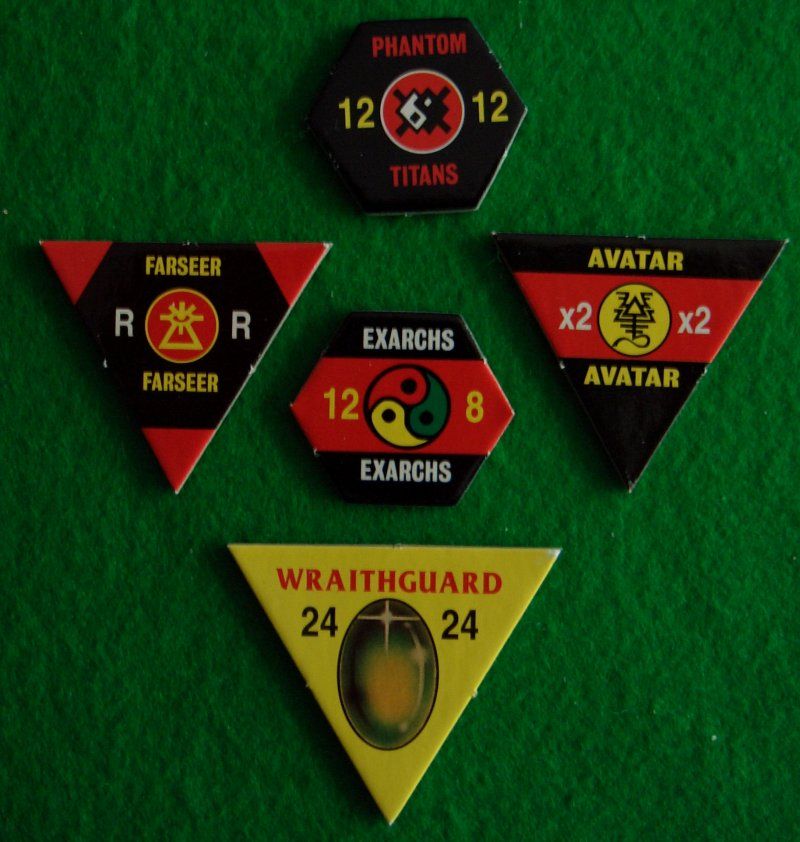 They don’t look very special, but trust me, they are.

Combat is divided into two types: deep space combat and craftworld combat. Although, the term “combat” for the deep space variety is using it loosely.

When a ship fires at an incoming Tyranid, they roll a d6 and check their combat value to see how many counters are destroyed. That’s it. 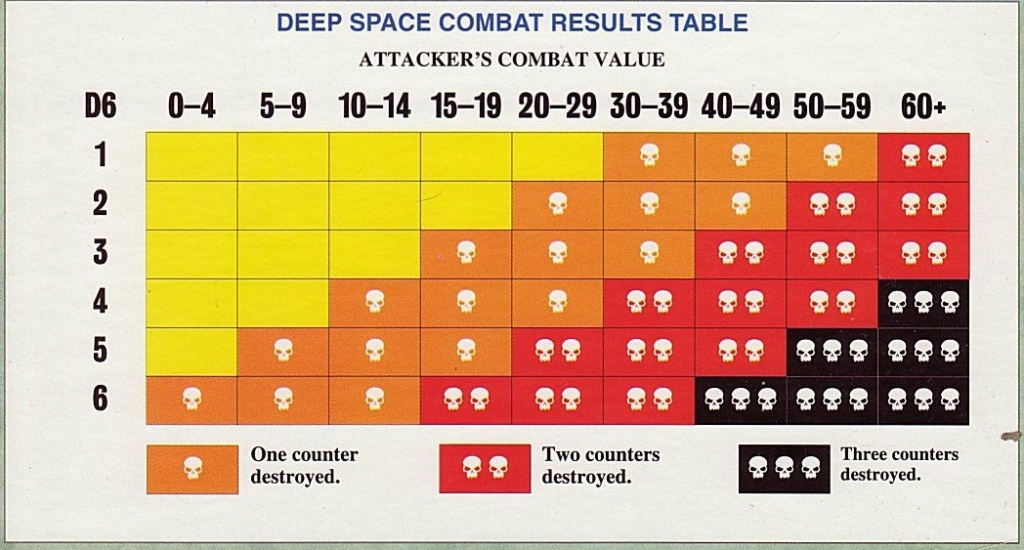 But once the Tyranids get into the Craftworld, they get to fight back. In any melee combat, the combat values of the units are compared and made into a ratio. Then the attacker rolls a d6, and references a different chart to see how the battle plays out. Killed ‘nids are returned to the reinforcement pool, while killed Eldar are removed from the game. Fortifications in the Craftworld double the defense value of the Eldar in that area. However, once an area has naught but bugs remaining, that area is Devastated for the remainder of the game. 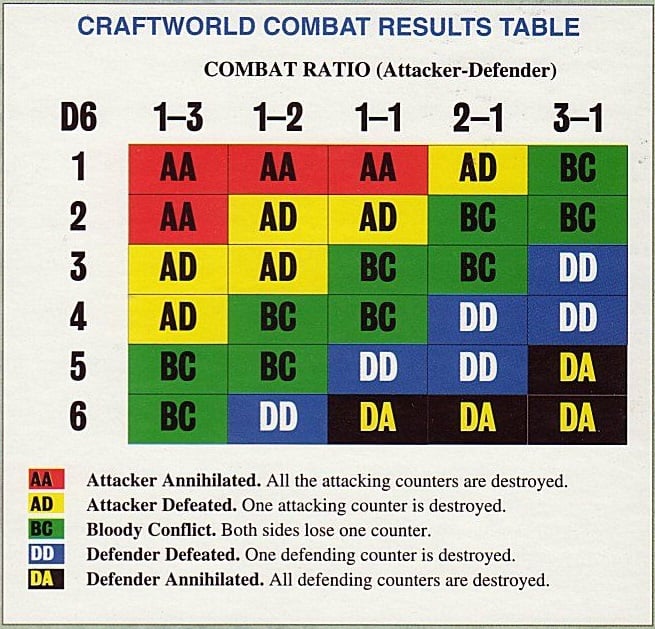 Both sides have their fair share of special units. The Tyranids Hive Mind moves freely around the board and grants rerolls to any ‘nids it’s stacked with. Flesh-Stealers automatically kill one Eldar token in their area when revealed. 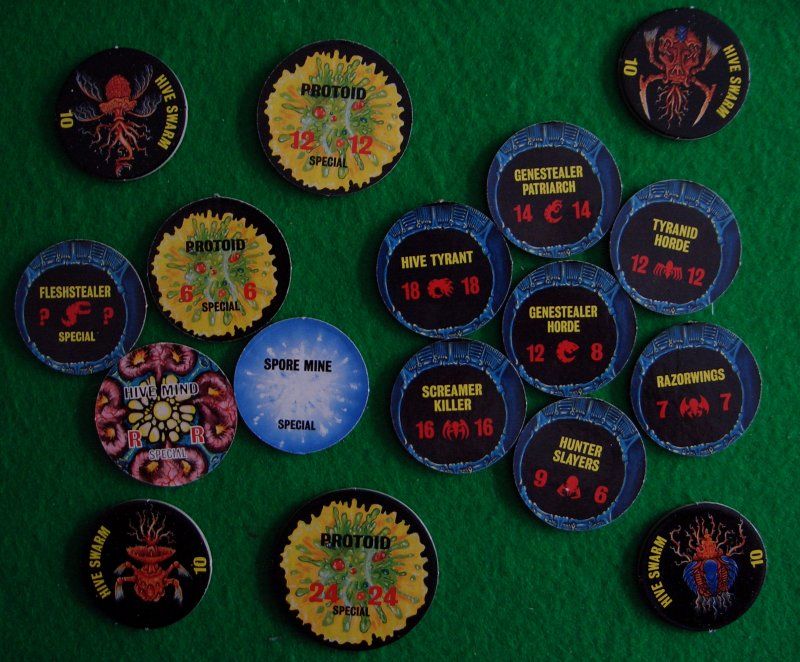 On top of that the Eldar have a few more tricks up their sleeves. Each area of the Craftworld has a special ability that can be activated so long as it is not Devastated. Additionally, the Eldar player can convert their Guardian Warrior tokens into Spacecraft tokens, however they may need them. 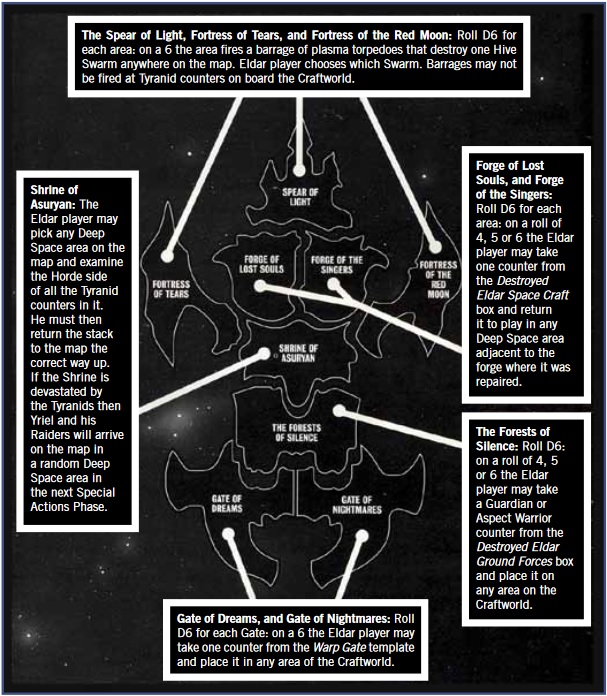 The game ends once one of two things happens: The assault is over and no Tyranids remain on the board, or every area of the Craftworld is Devastated. However, those are not victory conditions. The game’s winner is determined by victory points, although it’s a fair bet whichever game end condition was hit could lead you towards a good guess of the victor.

Tyranids gain 1 victory point for each area Devastated, each Wraithguard destroyed and if they killed the Avatar. Eldar get a number of points determined by how long the assault lasted, as listed on the right of that same table. Whichever player has the most points wins!

Overall, Doom of the Eldar is a neat game. It’s got a pretty high level of randomness, but in a light game like this, can’t get too upset at that. I enjoy a good tower defense game and stack on top of that asymmetric teams, with special units and I’m hooked.