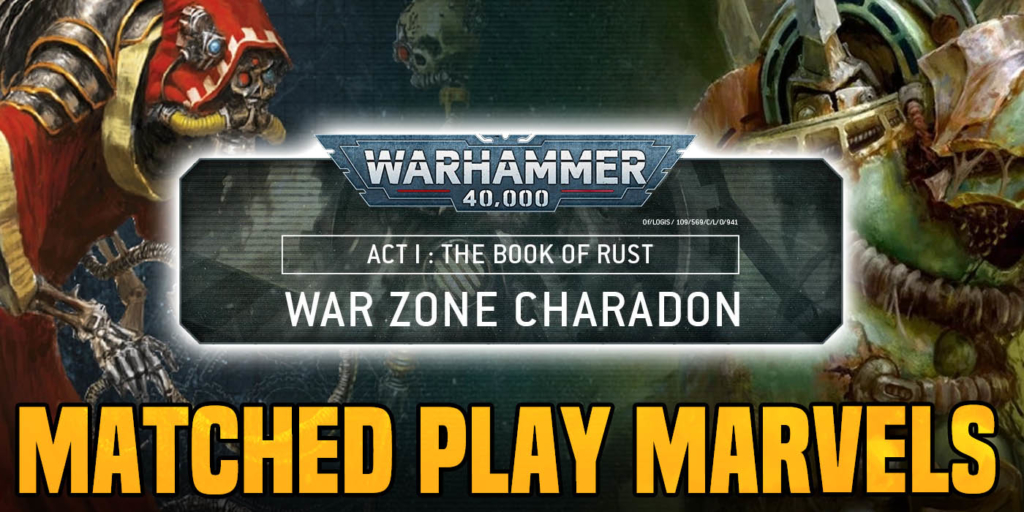 Let’s take a look at the new Book of Rust, and some ways it is pumping up Matched Play.

The book of Rust is out and it has got a ton of cool new rules and stuff in it. Today let’s take a look at some of the coolest things from the Matched Play section of rules. I’m going to focus on picking out specific things as saying “armies of renown” is just a bit lazy. 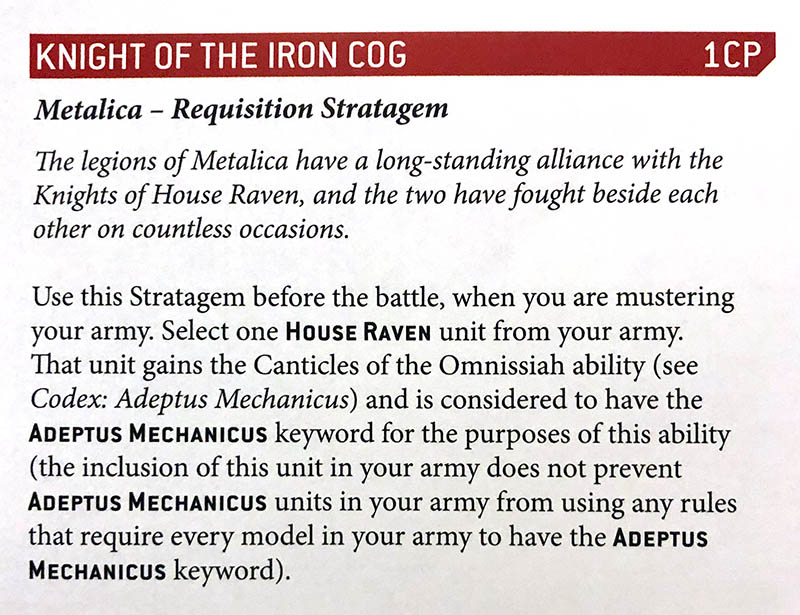 5. Knight of The Iron Cog

Knight of the Iron Cog is a new stratagem from the Metalica supplement. It’s not a huge game-changer, but it’s pretty nice. Effectively it lets you count one (per use) House Raven Knight as being Mechnicum Knights. This gives the Knight a nice little boost and lets them be incorporated into your army without issue. It’s a nice fluffy rule (we don’t have many, or any, rules that work off of two sub-factions) and gives you a bit of a buff for building something fluffy. I’m all for it. 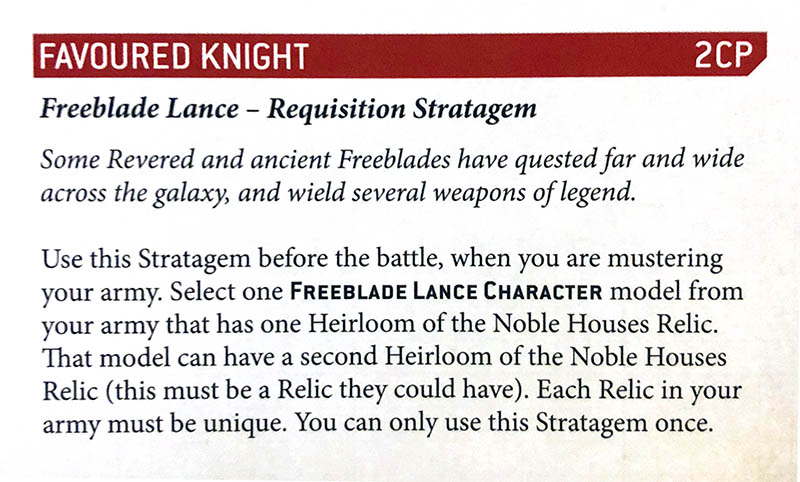 Favoured Knight is a  Freeblade Lance stratagem that lets a Knight take two relics. Man, this is cool. I can’t think of any other rule that lets a character double up on relics and it opens up so many options. It’s pretty limited for Knights (who also can’t get any of the House-locked relics) so not huge on them, but I really want this for other armies. It might be broken, but it would be rad.

Dark Lotus Toxin is a Cult of Strife relic and it just seems pretty dang good. I don’t know if  I have to go into too much detail about why just a blanket +1S and +1D is good. Throw this on a Succubus with a Shardnet and Impaler and go to town with a super cheap and super deadly character. 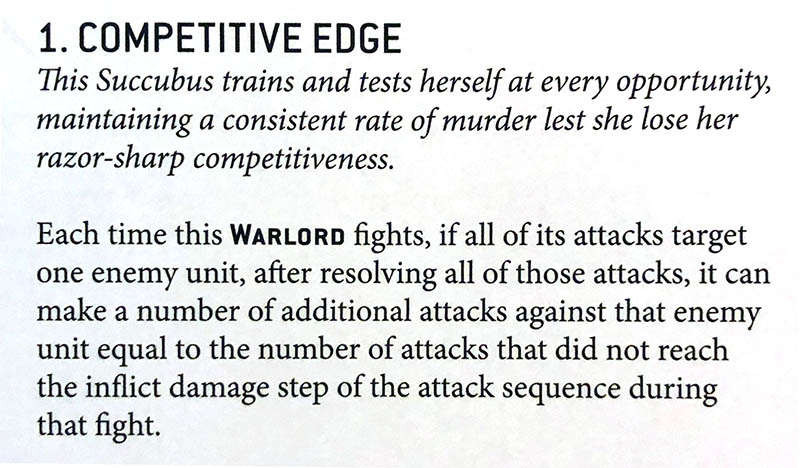 Competitive Edge is a new Cult of Strife warlord trait and quite interesting. In effect it lets you make an extra attack anytime an attack fails to hit, wound or the enemy makes it save (I don’t think it then lets you make extra attacks off of those, but it’s a little unclear). While this doesn’t raise the max damage output of a unit, if you have 6 attacks that each do 2 damage, your max is still going to be 12 damage, but it does make your attacks extra reliable as any that fail will generate new attacks. This is double cool with anything that lets you re-roll hits or wounds. Normally you cannot re-roll a re-roll, but this gets around that, so if you rolled to hit, missed, re-rolled and still missed, you then get another whole chance to hit and re-roll. I’m not sure if it’s crazy good within the Cult of Strife, but it is a really interesting idea for a rule. 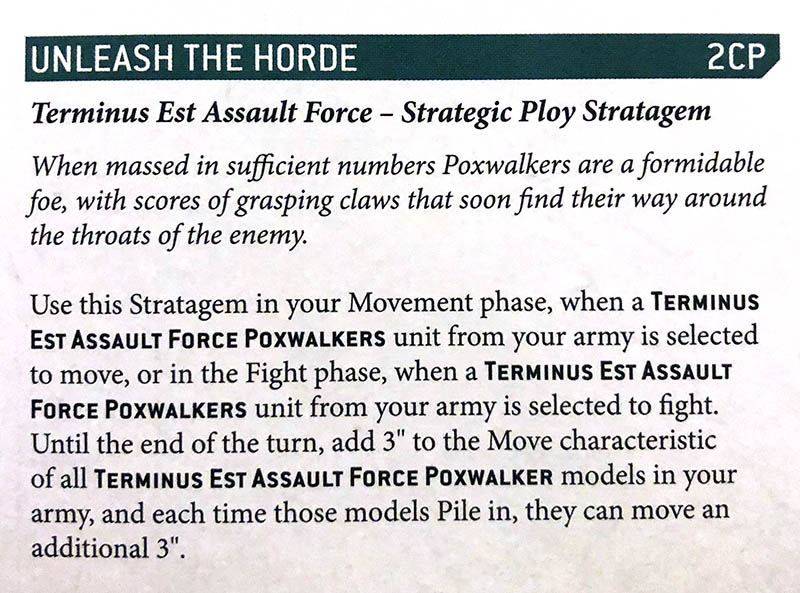 Yeaaaah baby, fast Poxwalkers! Unleash the Horde is a Terminus Est Assault Force stratagem that simply makes your Poxwalkers fast. This might be one of the more powerful stratagems in the books. If you are running Terminus Est Assault Force it is likely you are taking a bunch of Poxwalkers and this strat just makes them all a lot better. It might be a bit pricy at 2 CP, but it does have wide effects, buffing all the Poxwalkers in your army. 3 inches of movement is nothing to sneer out, especially in a slow army, and this strat really makes heavy Poxwalker play a lot more viable.

Let us know what your favorite parts of the Book of Rust are, down in the comments! 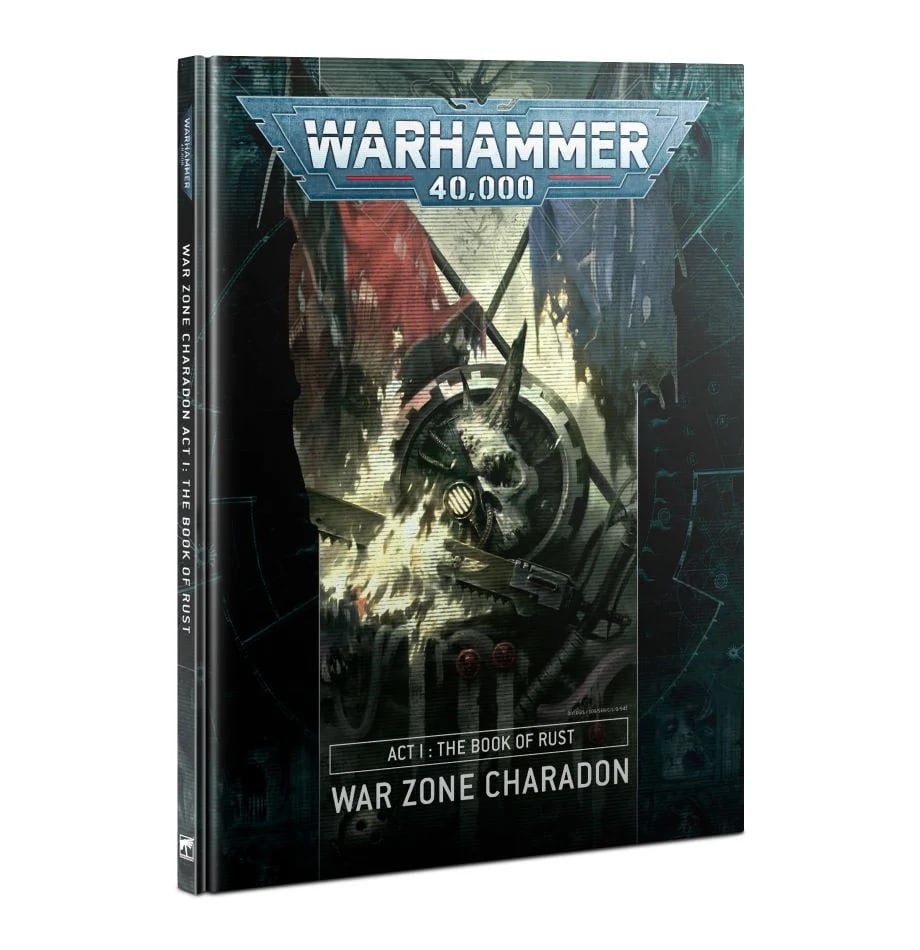