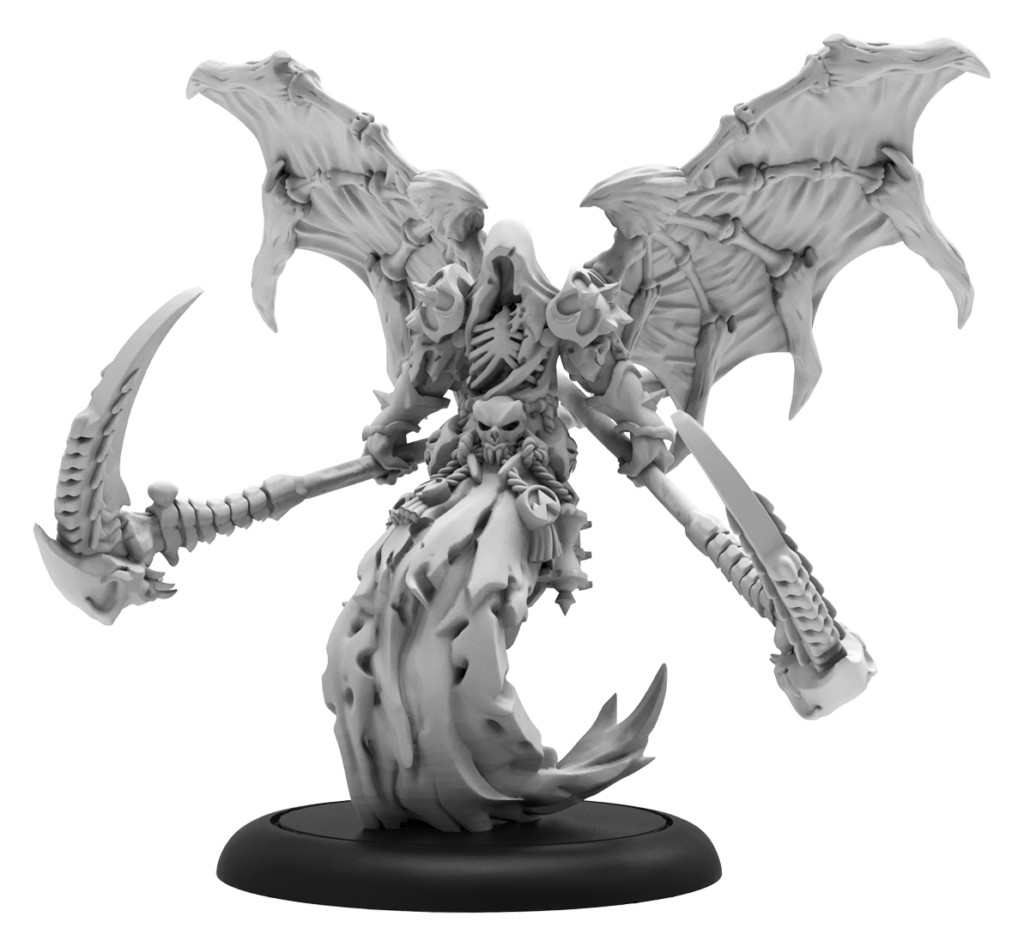 The Death Archon model is a mix of metal and resin on a large base. The wings and body will need some trimming to remove them from the supports as you can see from the picture below. 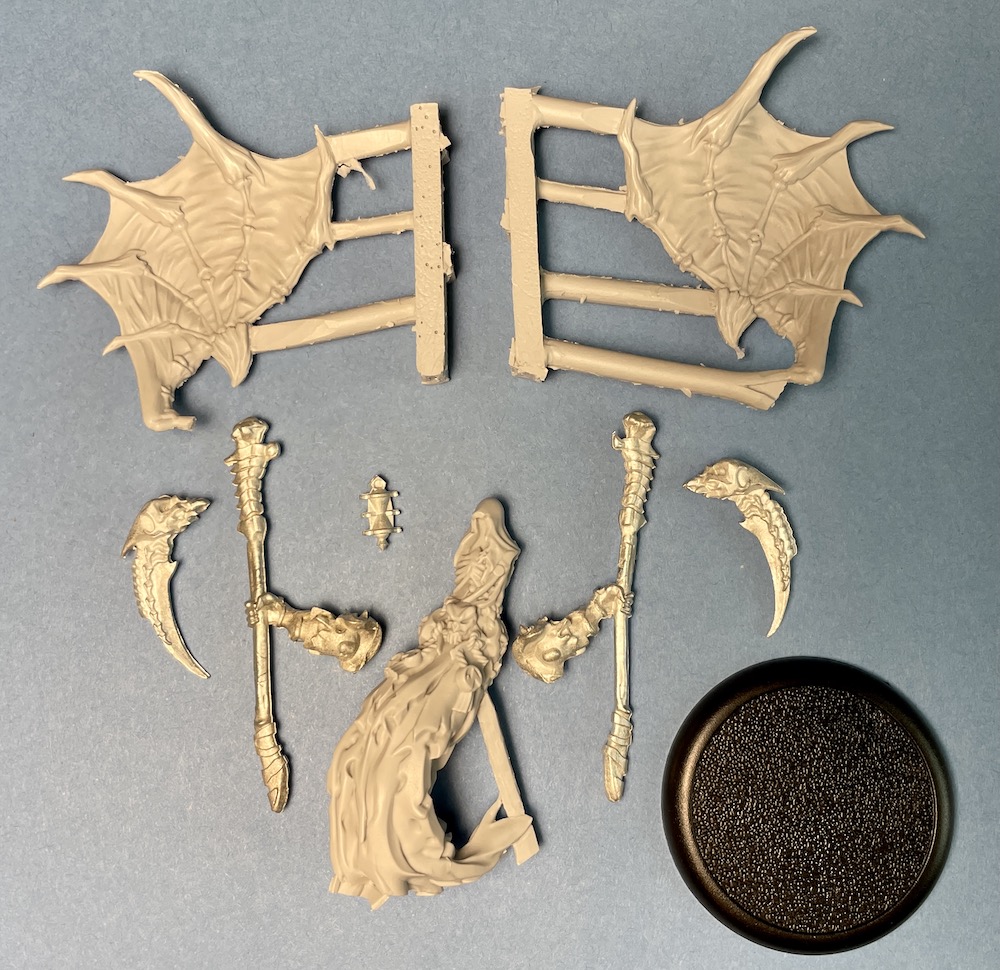 Let’s take a look at what this beautiful model brings to the table! 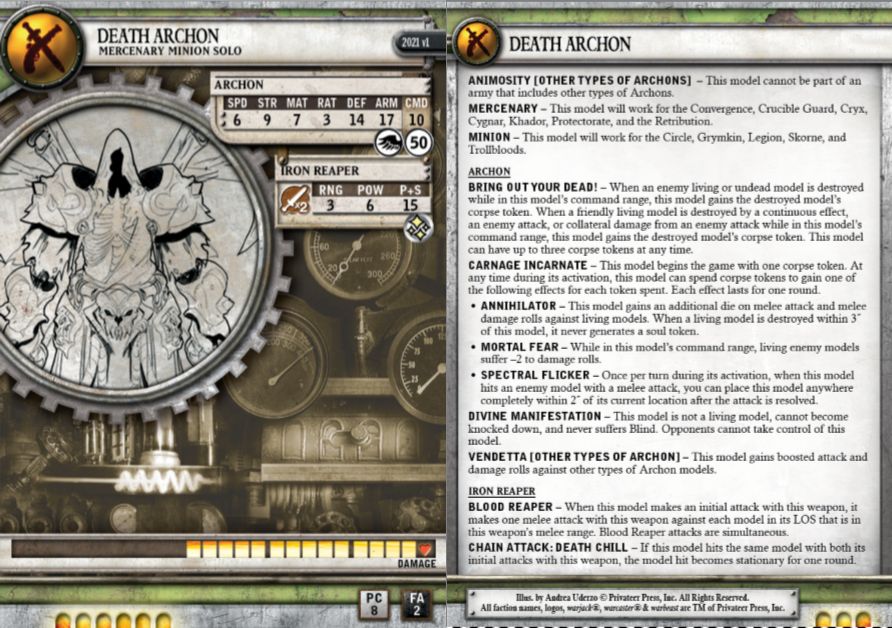 The Death Archon has both an Animosity and Vendetta towards the other Archons. Vendetta actually makes this Archon pretty great at hunting other Archons and the boosted attack and damage rolls will let you crack through the higher stats other Archons tend to have.

This Archon is corpse powered, and with Blood Reaper and RNG 3 weapons it sure to get those corpses if your opponent has them. As the personification of Death would imply, these sweeping attacks are absolutely brutal to any mildly clumped-up troops. Being corpse powered means that friendly models that grant corpses, like the Well of Orboros and Death Cauldron are the Death Archons best friends. As a Circle player myself I’m excited to see where the Death Archon may find a place in some lists.

Corpse tokens will grant you access to up to 3 abilities, and you can activate them all each turn if you have the corpses. Annihilator will further strike fear into living models’ hearts with an additional die to hit and damage. Mortal Fear will debuff living enemy models and Spectral Flicker is an always welcome 2″ place effect. This model by itself hits hard and has a 14″ threat range before you start adding in any other support. The only thing to watch out for is ARM 17. While 17 ARM and 15 boxes aren’t bad by any means, you will want a way to protect this model if your opponent is bringing some dedicated firepower to bear against it. 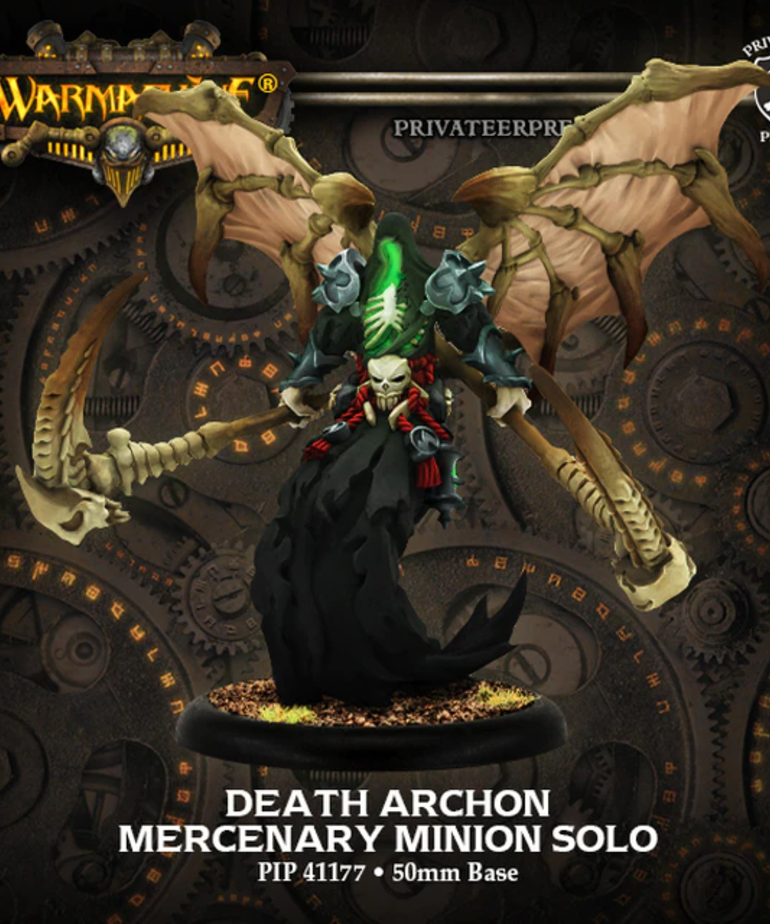 Another solid addition to the Archon ranks. I personally really like the idea of bringing this Archon to hunt other Archons that may be giving you trouble. In addition, unless your opponent is running an all construct list(no corpses) this model will absolutely have meaningful things to hunt down every game.

‘What do you think of this new Archon?