It’s safe to say that even if you’ve never read a single one of Fritz Leiber’s Fafhrd and the Gray Mouser stories, you’ve still been influenced by them. Which, side-note, if you haven’t, you should give at least the first collection a shot–going through and reading them after playing D&D is fascinating. It’s a lot like going back and watching Robin Hood: Prince of Thieves but only after having seen Robin Hood: Men in Tights. You start to see the historic roots and all the little call-outs the game makes. 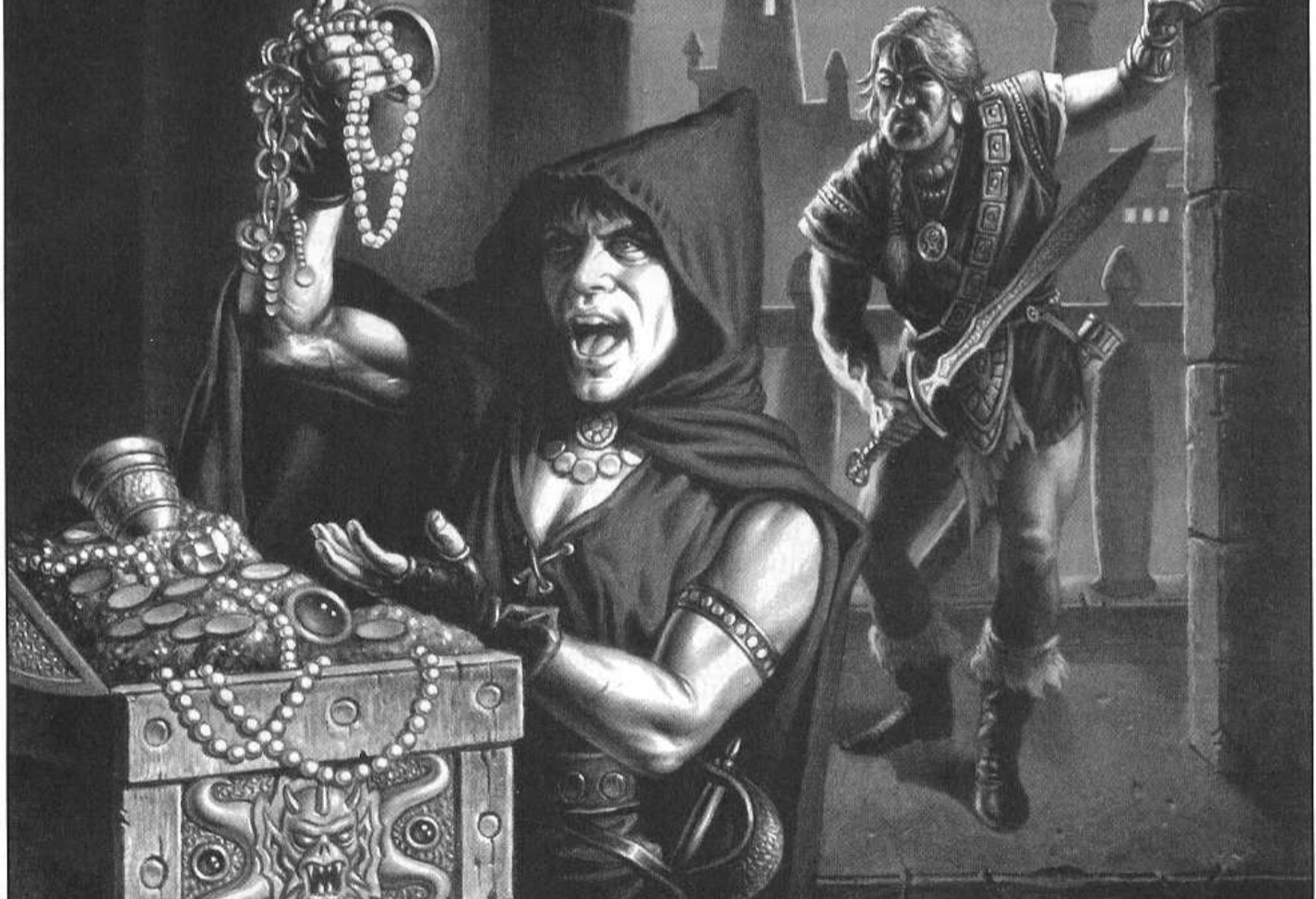 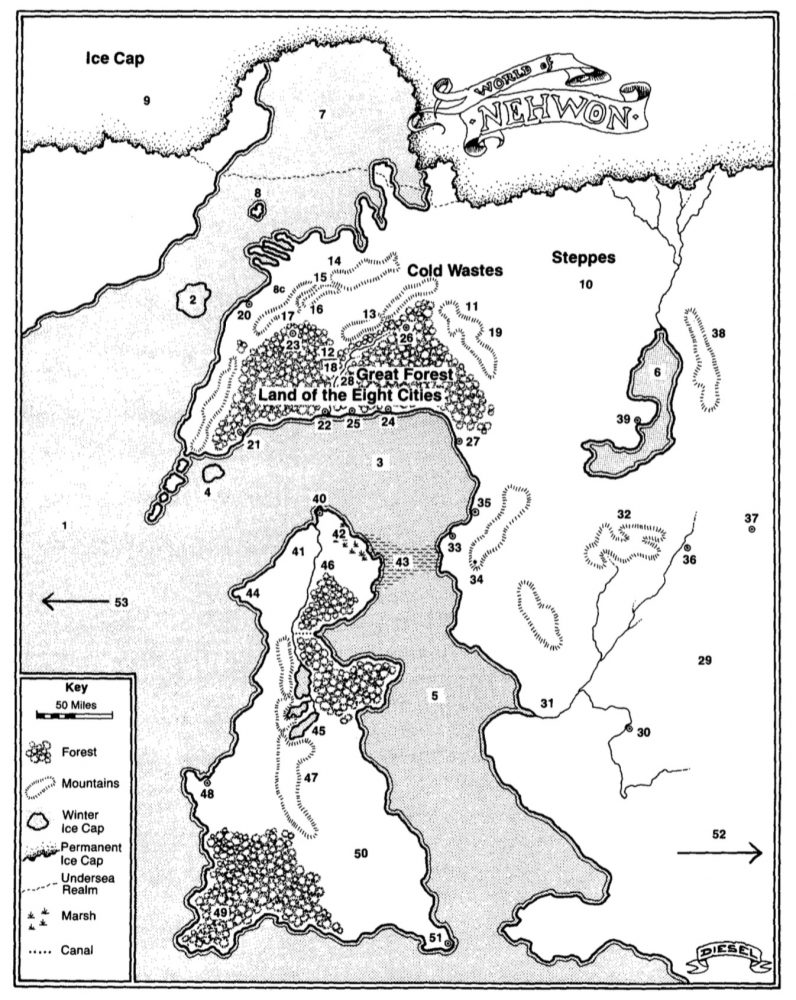 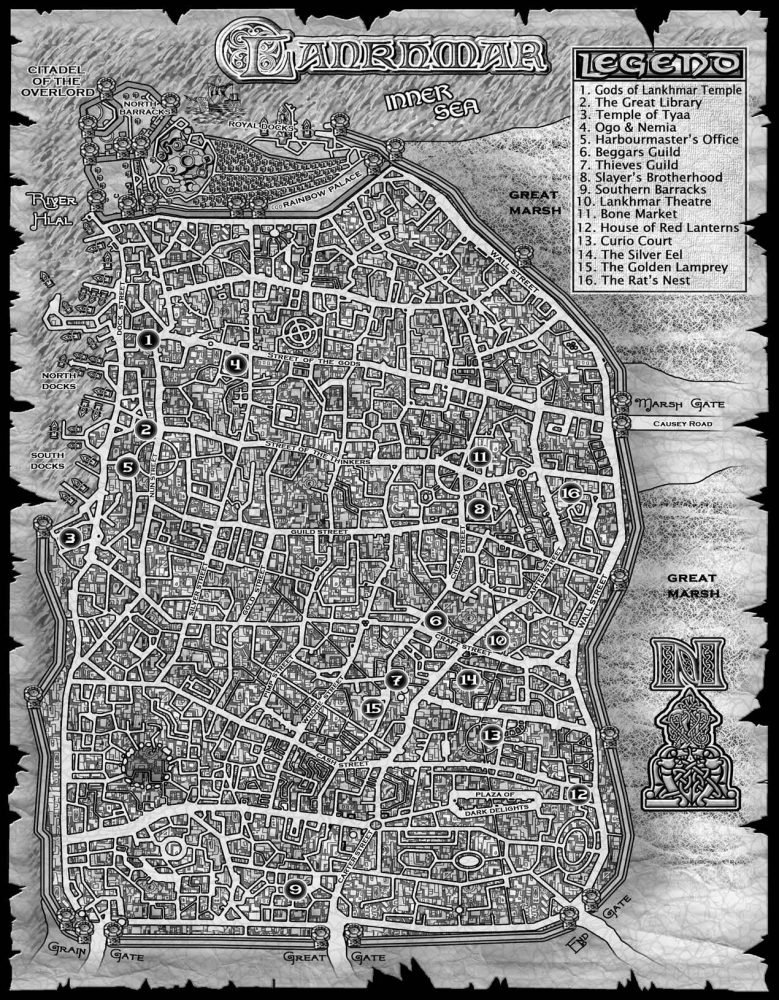 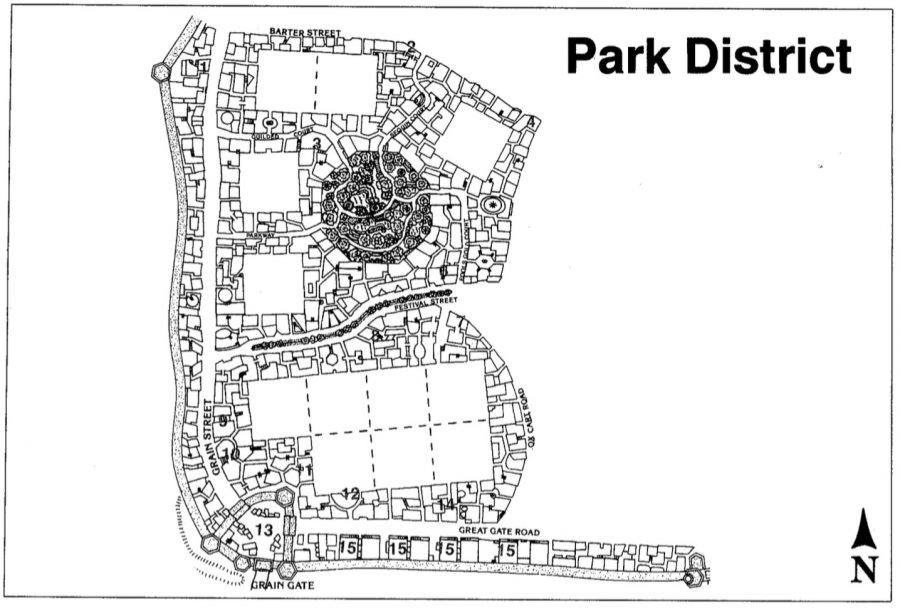 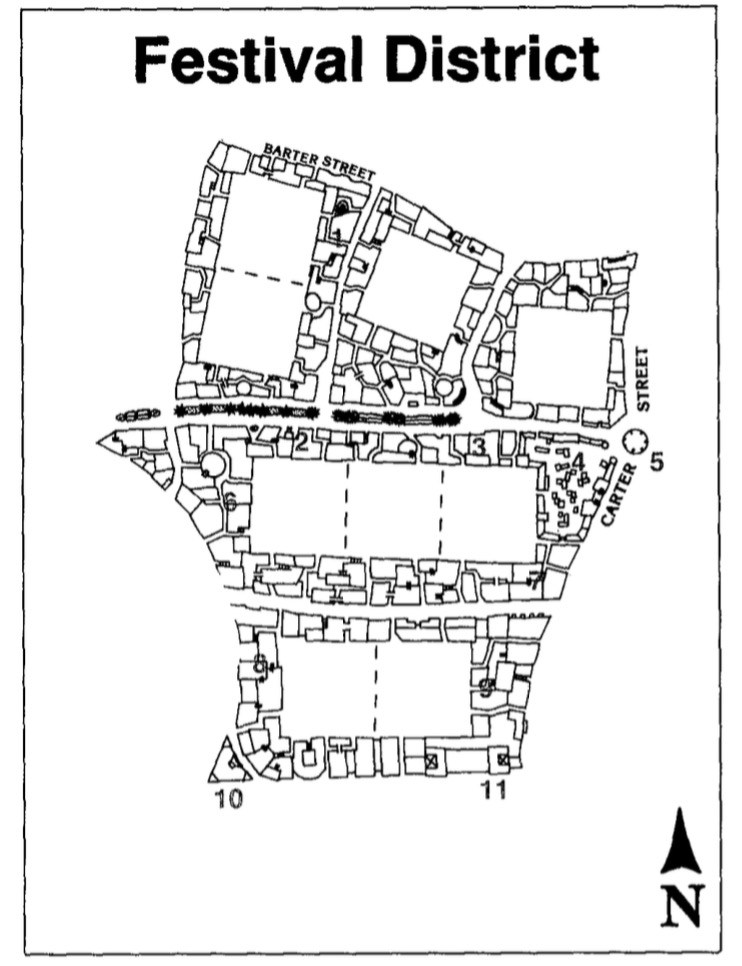 Aha, now we’re talking. A whole district dedicated to Festivals, and unlike some of the other districts where they try and hide the fact that there’s all kinds of illegal activity under a fancy name, the Festival District is exactly what it says on the tin. You can always find a celebration of some type going on in this district. Usually brightly lit and well-decorated with trees, the Festival District is home to flowering shrubs, statuary, and other key ‘chase scene’ elements you’d want. 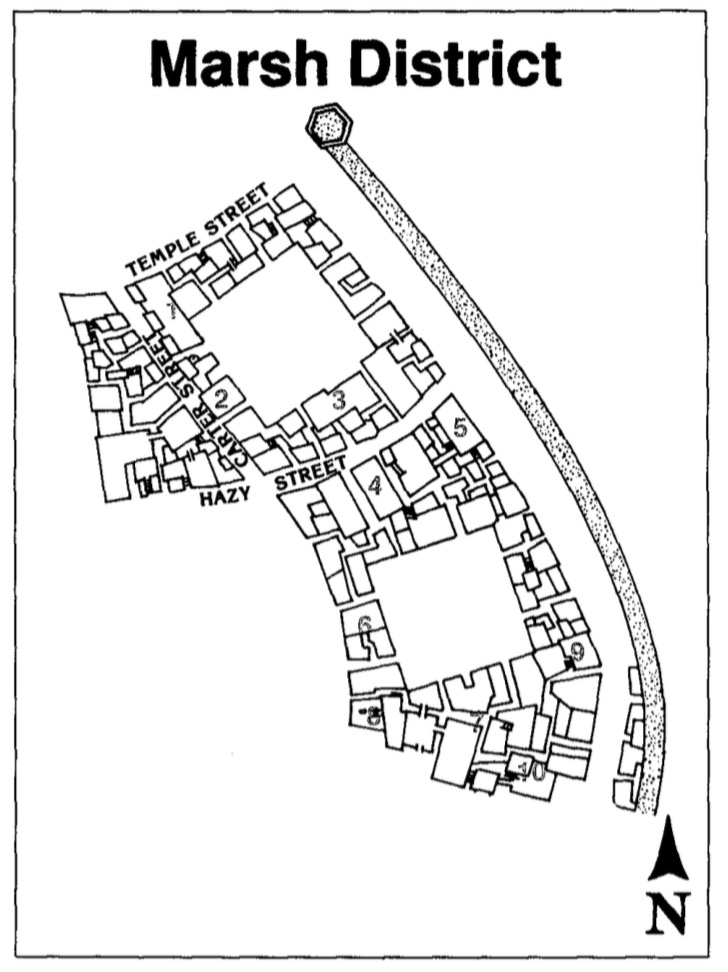 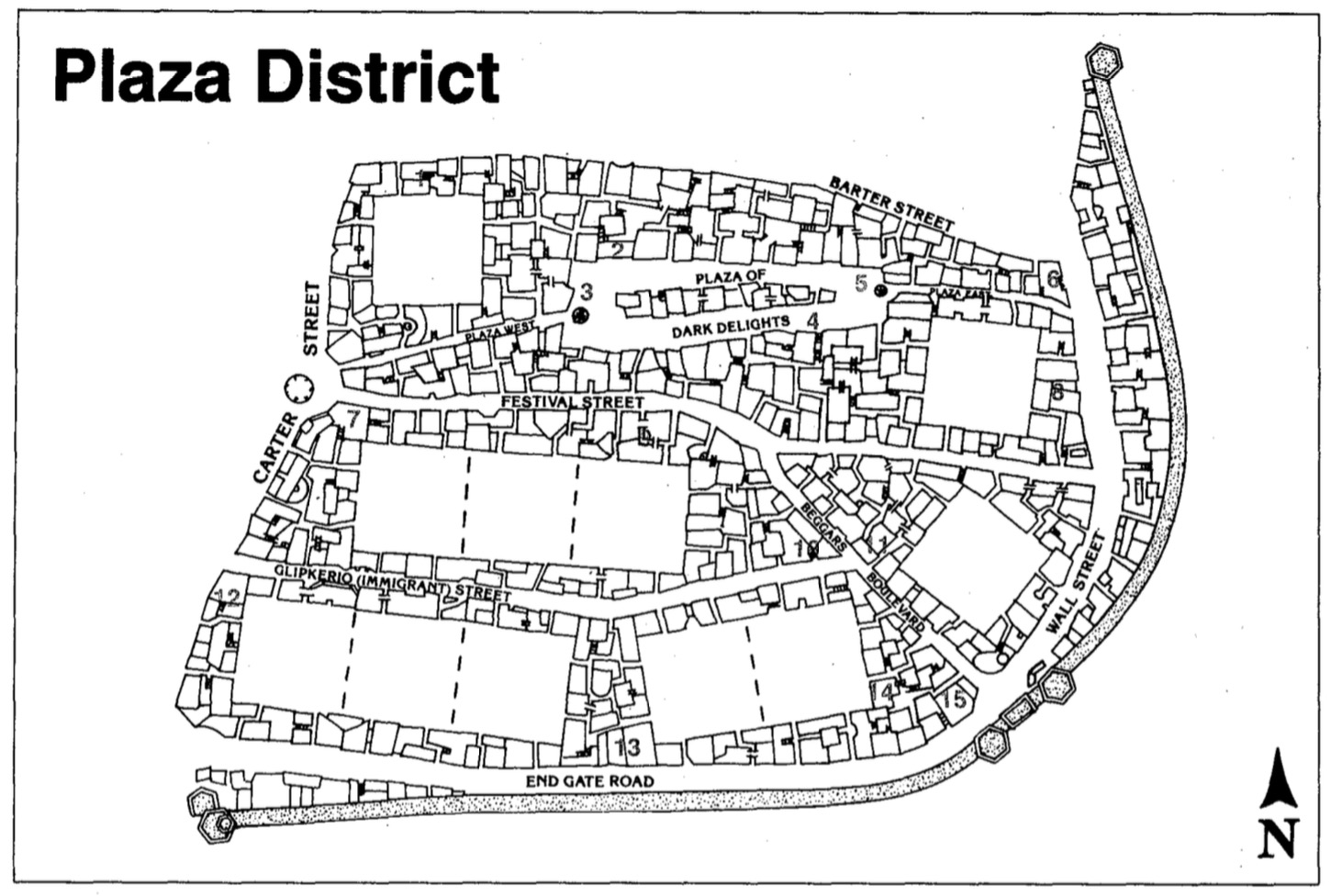 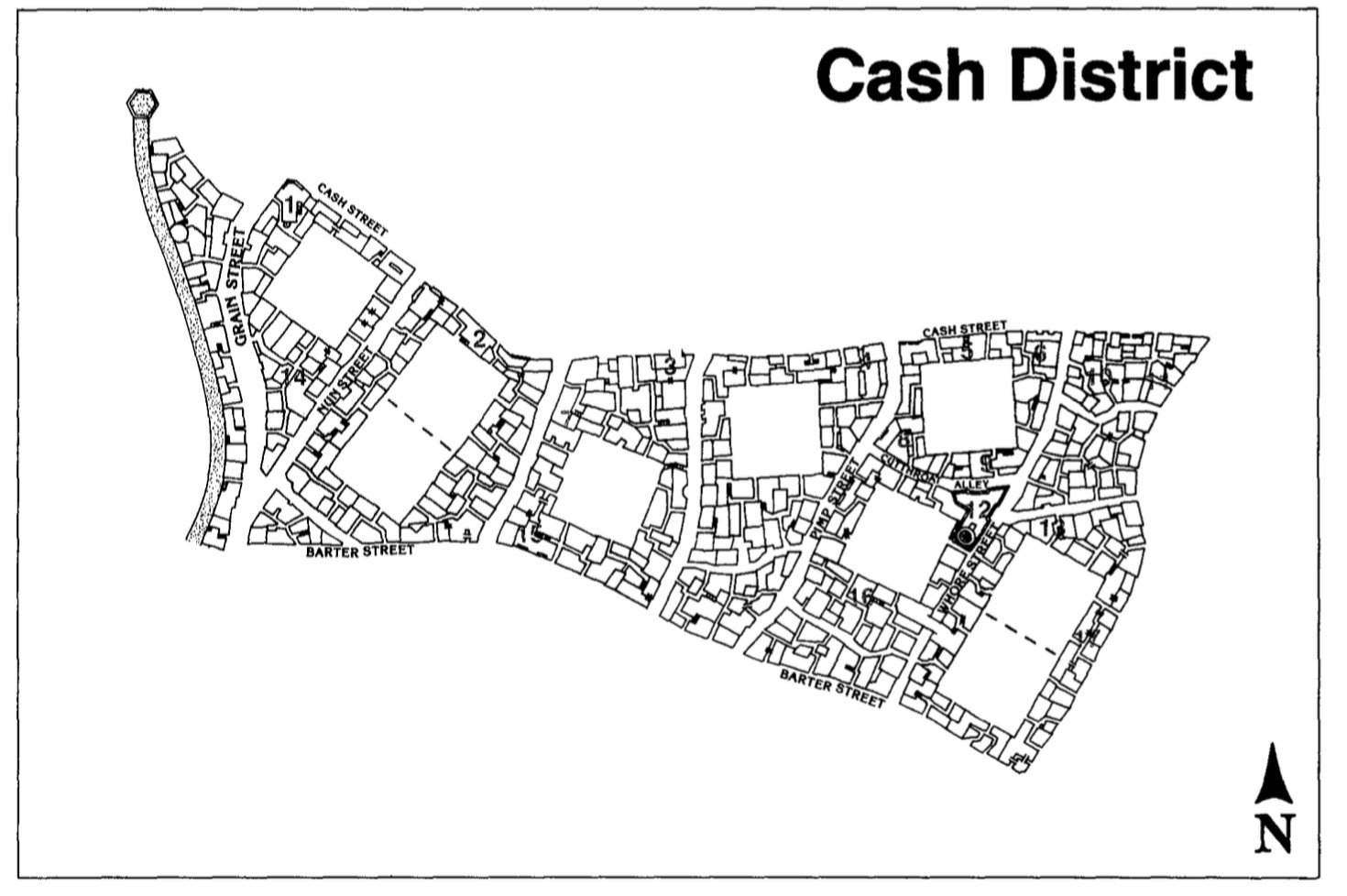 Good ol’ Lankhmarian naming conventions at work here–the Cash district is the financial district. Here are banks, moneylenders (when not being visited by three spirits), moneychangers, fences, loan sharks, pawnshops. Basically if coins are involved, odds are good that you’ll be dealing with someone in the Cash district.

Phew, we’re barely through the first few districts and we’re already running a little long. So, for now, we’ll call it here. Check back next week for Part 2 of Lankhmar the City of Adventure. We’ll delve a little deeper into the districts and talk a little more about some of the Fafhrd and Gray Mouser stories that helped inspire Dungeons and Dragons.