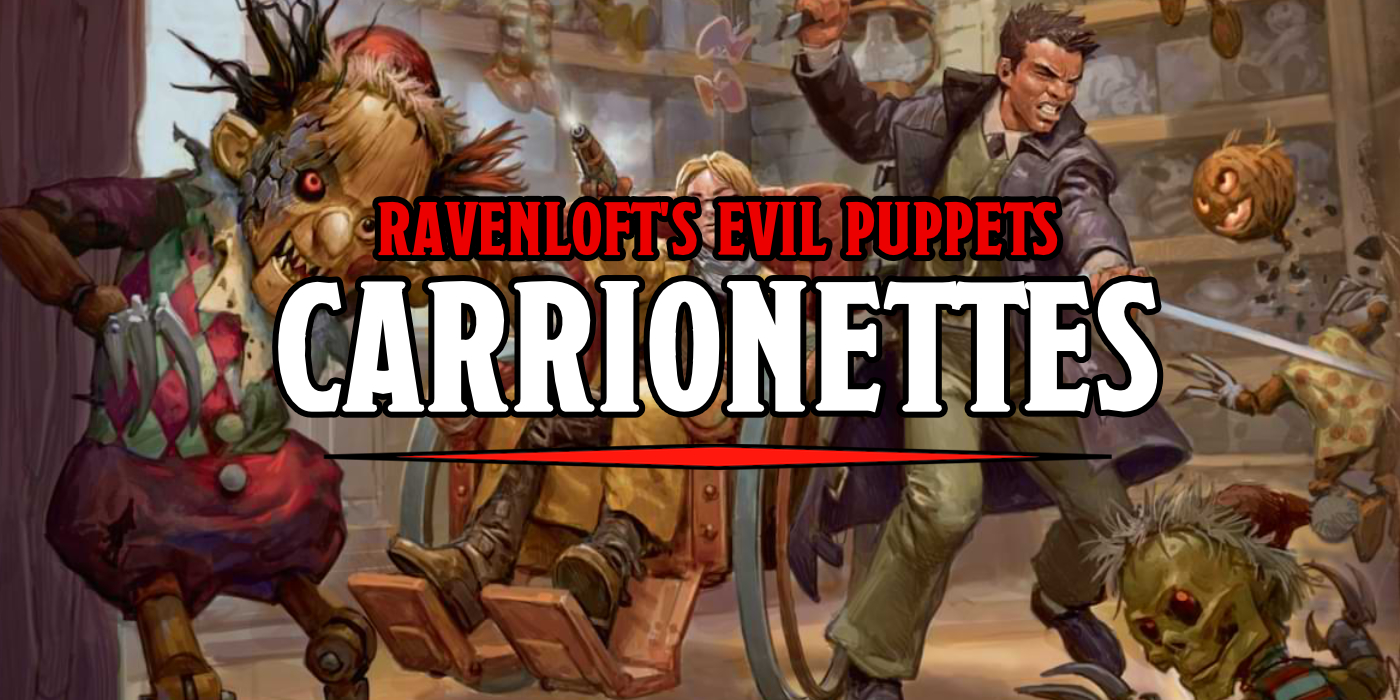 What makes a puppet turn evil? A trapped, twisted soul? Just a natural hunger for blood? Whatever the reason, carrionettes will kill you.

Van Richten’s Guide to Ravenloft draws on horror of all types, from dark fairy tales to cosmic dread, and one of the more iconic themes of horror is evil toys. Perhaps it’s because there’s something unnerving about seeing what ought to be innocent instead be spoilt by evil/murderous intent. Maybe it’s just that people look at dolls like this one: 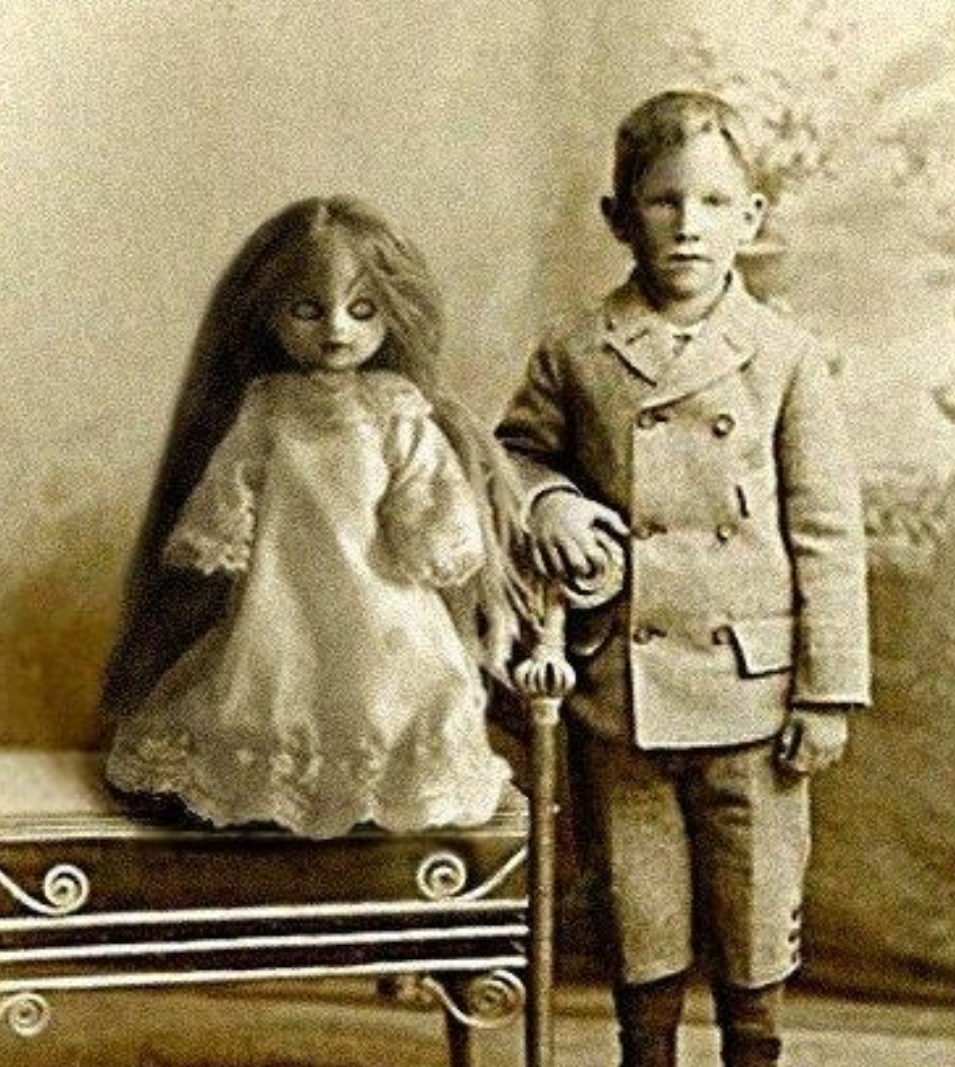 …and realize there’s no way that child isn’t living in fear of that doll. This same kind of horror is at the heart of one of the monsters reintroduced in Van Richten’s Guide to Ravenloft, as they bring back carrionettes. 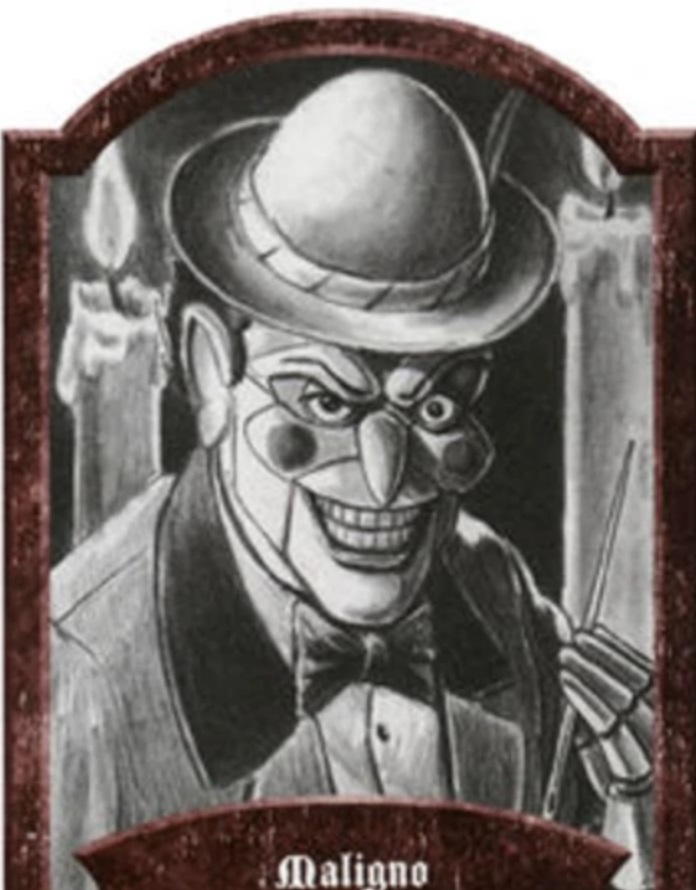 As the name suggests, these are evil puppets and other toy-like creatures that have been a staple of Ravenloft in editions past.

There are many reasons these toys might come to life. Perhaps a creator wanted to imbue life into a beloved toy, or look for a way to bring a loved one back from the dead (because you can’t always afford that 1000gp diamond, plus the cost of a caster powerful enough to cast the spell). But lurking behind the innocent facade of a carrionette is a malicious spirit that hungers for bigger and better existence.

Recently, D&D Beyond showcased these new monsters, giving us all a closer look. 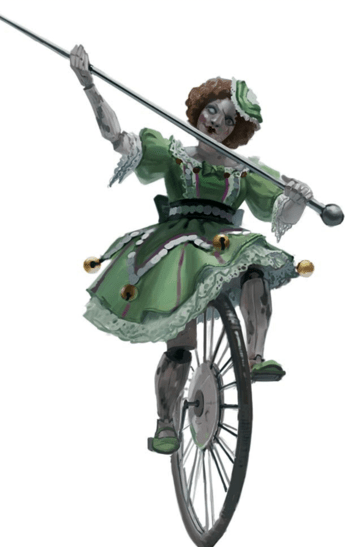 Carrionettes might appear as any type of toy or piece of art. While marionettes and porcelain dolls are the most common, all manner of deadly stuffed animals, crawling jack-in-the-boxes, bloodthirsty poppets, murderous jewelry box ballerinas, and so forth might be carrionettes. These malicious toys are skilled deceivers and, despite some having existed for generations, often affect unsettlingly childlike personalities.

As we’ve said, pretty standard evil stuff, and a carrionette can take many forms. Whatever the option, though, they’re all experts at hiding in plain sight, thanks to an ability they possess called False Object, which is like a lesser version of a Mimic’s false appearance. If they lie motionless, then they gain advantage on initiative rolls at the start of combat. If a creature hasn’t observed them moving, it takes a DC 15 perception check to realize that the carrionette is even animate. 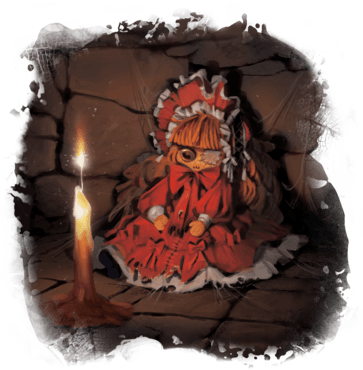 Unlike Mimics, who are simply indistinguishable from a normal object (until they eat you), you might be cognizant of a carrionette, but they’re still suited to surprising targets. Which they’ll want to do because what carrionettes really want to do is pierce you with their silver needle, which afflicts their target with a powerful curse:

Silver Needle. Melee Weapon Attack: +4 to hit, reach 5 ft., one creature. Hit: 1 piercing damage plus 3 (1d6) necrotic damage, and the target must succeed on a DC 12 Charisma saving throw or become cursed for 1 minute. While cursed in this way, the target’s speed is reduced by 10 feet, and it must roll a d4 and subtract the number rolled from each ability check or attack roll it makes.

That’s bad enough on its own, but if a carrionette can catch someone off-guard and is quick enough on the draw, it can take possession of targets cursed by its silver needle.

An evil toy that stabs you, takes your body, and scampers off. Sure, a 1st level spell can undo all of it–which kind of signals how the DM can set up adventures with these creatures (and how quickly you can turn the tables on a horror story). Take a look at the carrionette’s stat block: 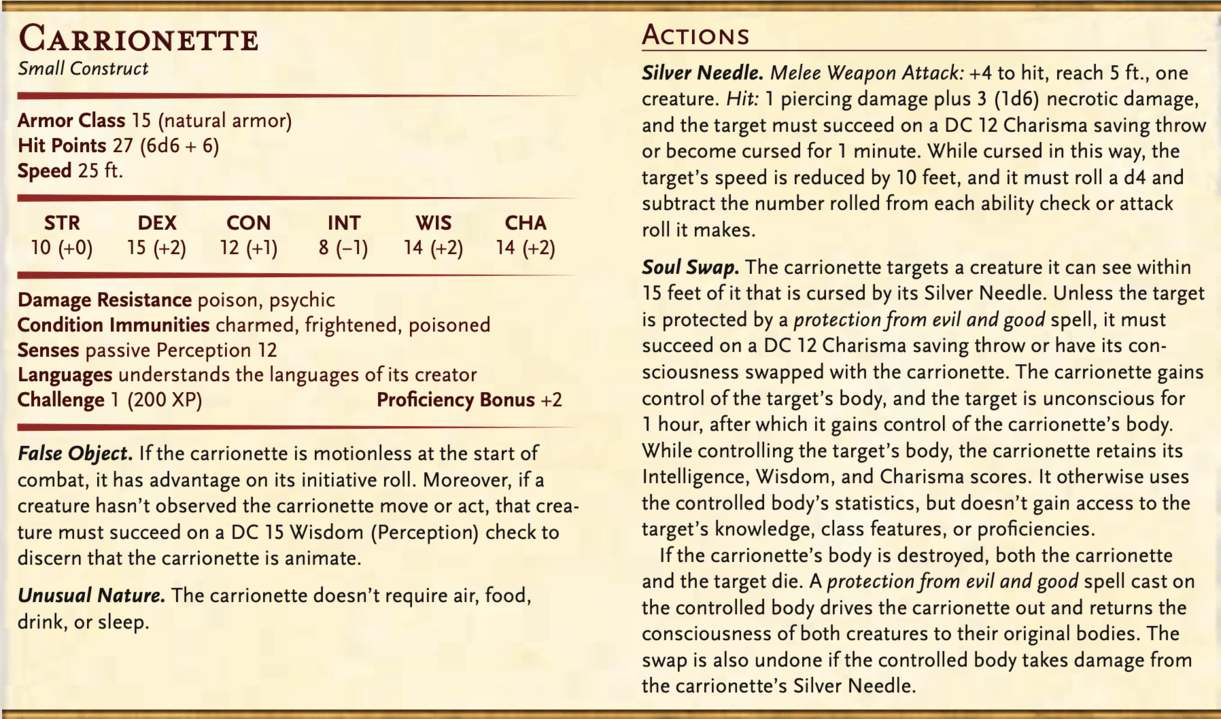 How will you use these monsters? 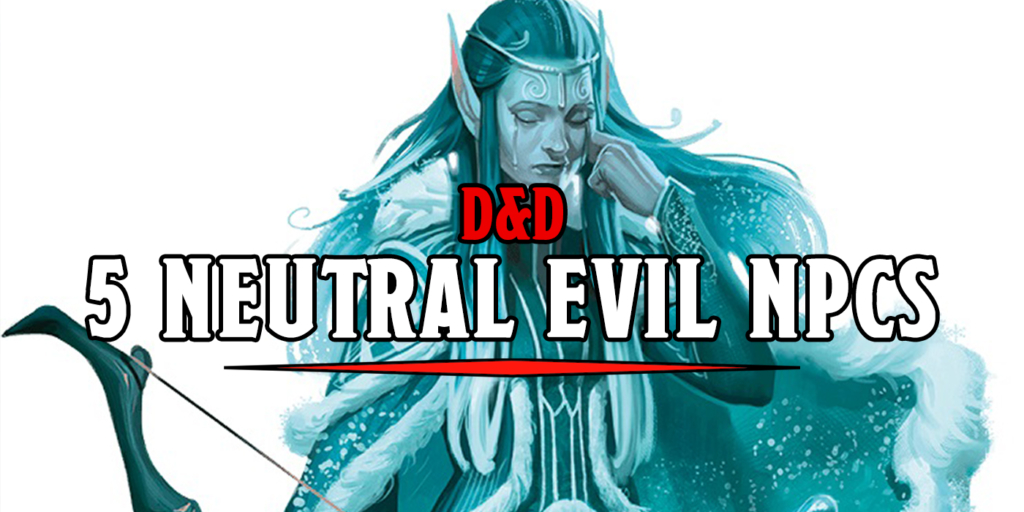