D&D: The College Of Spirits In ‘Van Richten’s Guide’ Is A Game Changer For Bards 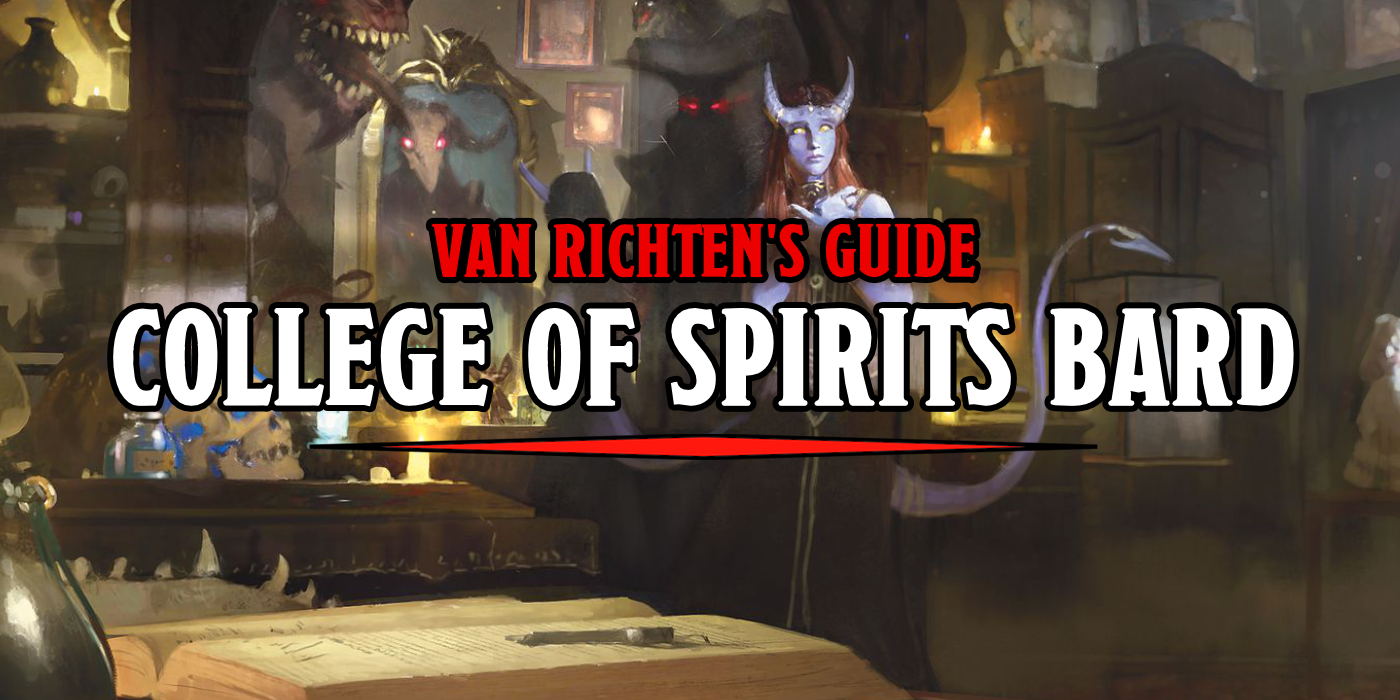 The College of Spirits Bard puts an occult new spin on the classic bard. Empowered by secrets sussed out from spirits, this subclass is amazing.

Van Richten’s Guide to Ravenloft is full of dark tales of horrific monsters, but today we’re here to talk about the adventurers who take up arms against the dread horrors that lurk in the Mists. Specifically we’re looking at one of the two new subclasses featured in Van Richten’s Guide: the Bardic College of Spirits. 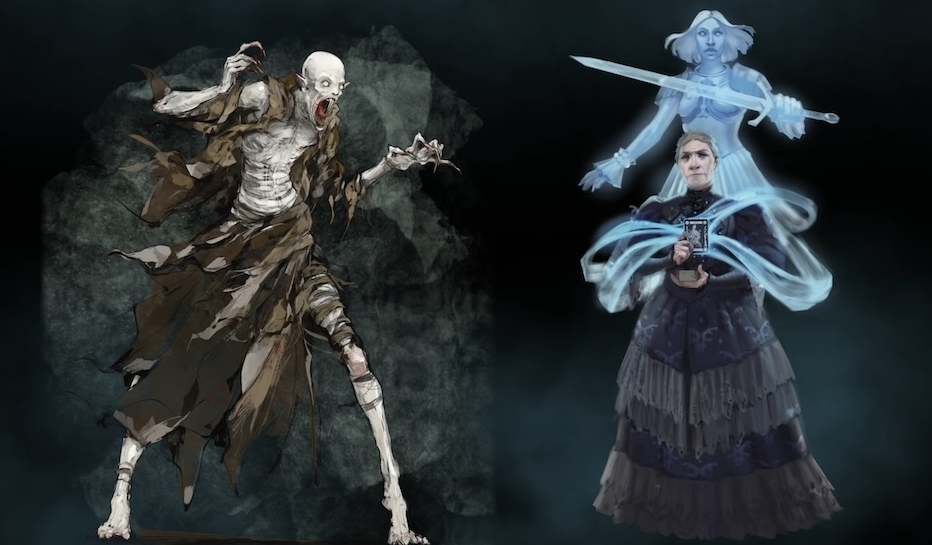 The College of spirits shows how much more flexible the mechanics behind each subclass can be. You’re still a bard, you still use all the same resources, but do some wildly different things with them. If you play a College of Spirits bard, you aren’t stepping into wholly unfamiliar territory, but rather you’re doing things you never thought might be possible. And I think that’s one of thes best things about the new designs–they change the base class but still feel like they could drop into any adventuring party without having to worry about making sure they have enough to do (which can be the case for subclasses like the Inquisitive Rogue). 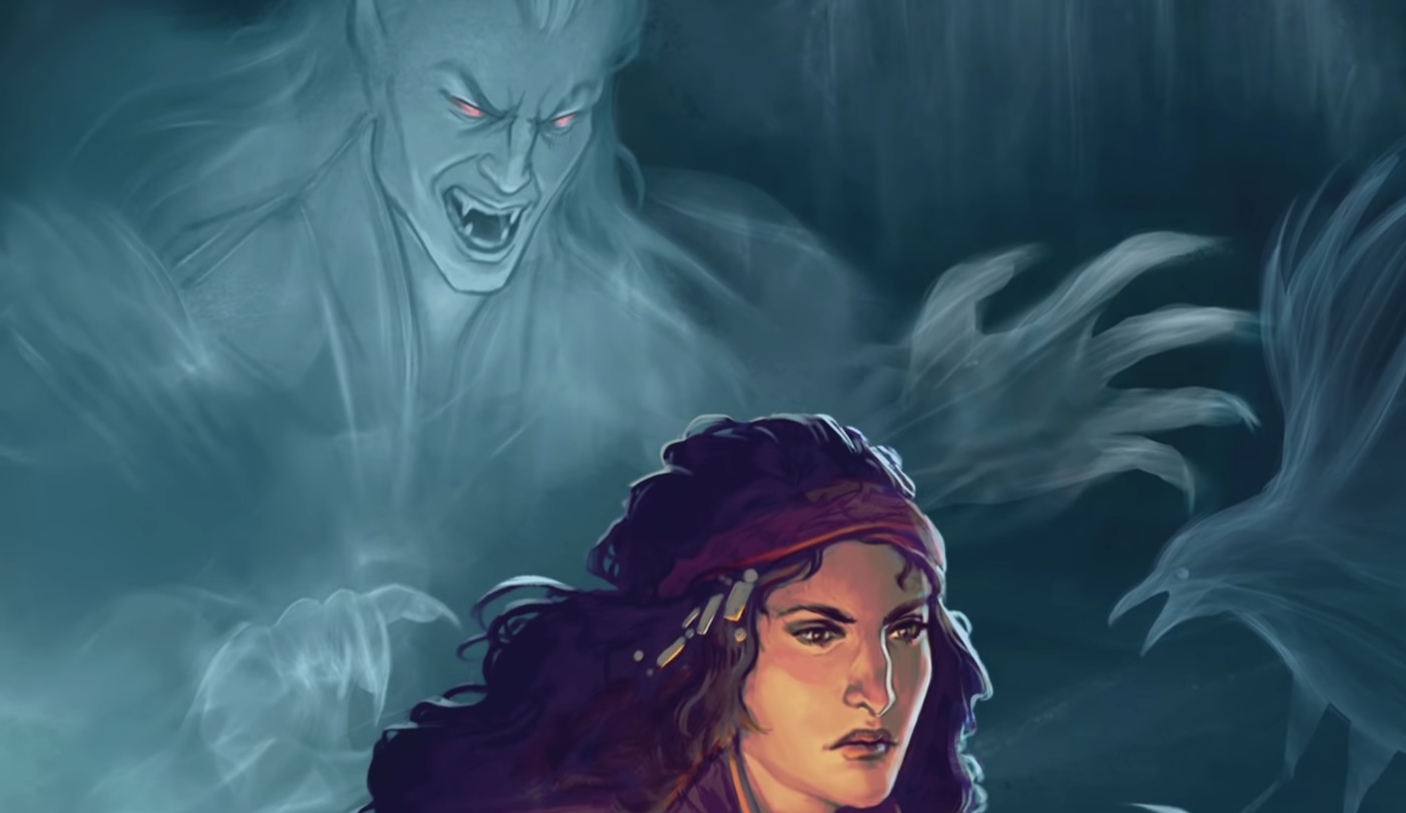 So what is the College of Spirits? These are bards that play into the archetype of a mystic or medium. They are all about connecting with spirits, and as they’re bards, about telling their tales. To that end, one of the first features you’ll get is your Guiding Whispers. This lets you hear the whispers of nearby spirits and you can let them guide you, which means you get the guidance cantrip, which will help make up for the fact that you’re using your bardic inspiration for other things.

You also start using a Spiritual Focus, which is explicitly an occult implement, like a candle, a crystal ball, a “talking” board (guess Ouija doesn’t exist in D&D), a tarokka deck, or a skull. If you want to wander around with a skull in your hand, conjuring magic from within, this is absolutely the way to go–and not only is this a spellcasting focus, but it also serves as a means to empower your spell. At 6th level, you can roll a d6 any time you cast a bard spell that deals damage or restores hit points using your focus, and add whatever you rolled to one roll of the spell. 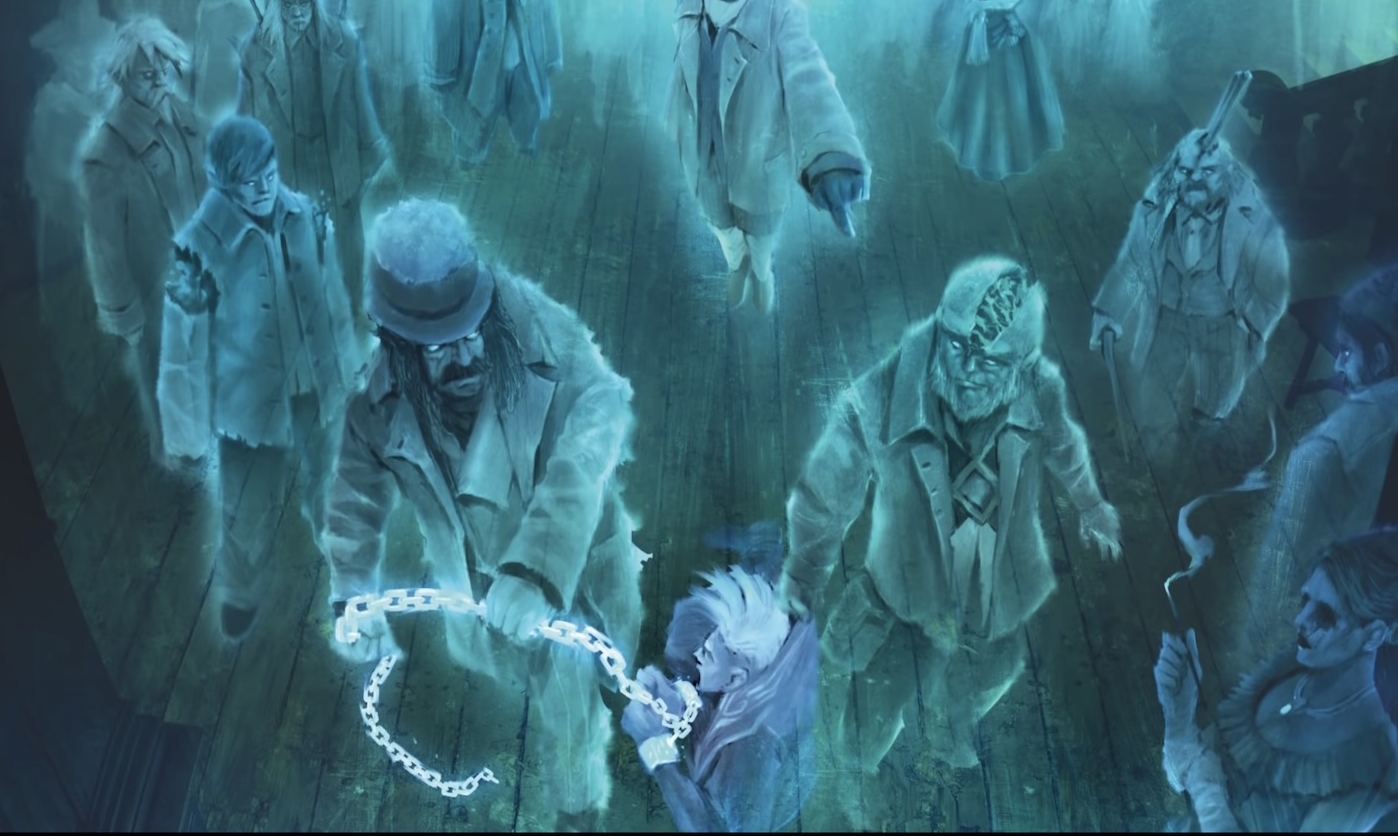 The core focus of the class though is on your Tales from Beyond. This is a new use for your Bardic Inspiration. As a bonus action you can spend one use of your bardic inspiration to roll from a list of Spirit Tales to determine which tale the spirits have for you. Then you spend an action to use it. You can store one of these tales until you need it (or until you finish a rest), so it’s adventuring prep that can be done between encounters, or even in the middle of one, since it only takes a bonus action. And what’s real interesting is that you don’t know what effect you’ll get until you roll, but all of them are powerful.

However because they key off of your inspiration die, you only have access to a limited number of the 12 effects, eventually unlocking them all by the time you hit 15th level. But even so, all of the Spirit Tales tend to be more powerful in general than just a regular bardic inspiration, so you’ll always want to be using this. Let’s take a look at what you get: 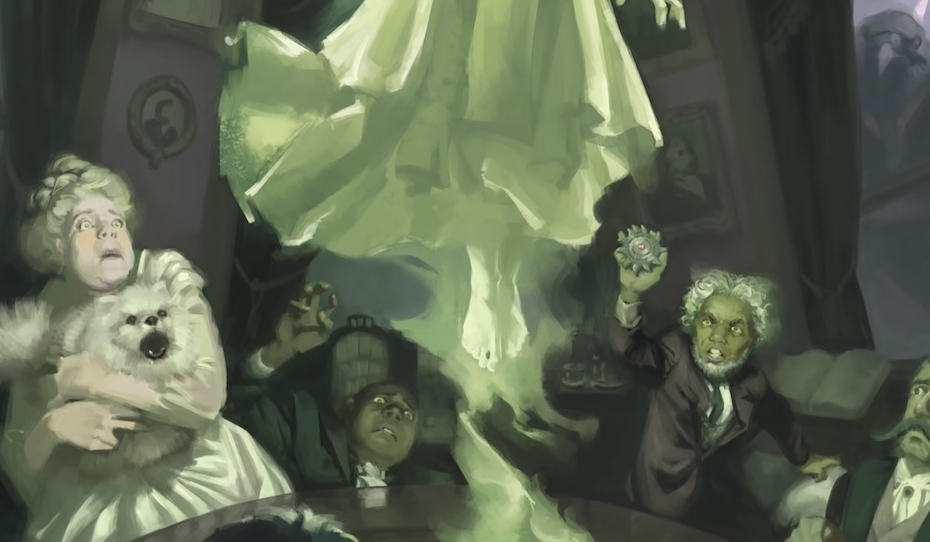 The rest of the class is equally focused on spirits. At 6th level Spirit Session lets you conduct an hour-long ritual with your friends, allowing you to channel spirits and temporarily learn one spell of your choice from any class, as long as it’s not a higher level spell than your proficiency bonus, and is either Divination or Necromancy. Then you get to add it to your list of spells known for the day, which adds even more flexibility to the already versatile Bard.

The capstone, Mystical Connection lets you roll your die twice whenever you invoke your Tales from Beyond and can choose which one of those two effects to bestow–if you roll the same dice, you can pick whichever effect on the table you want. All in all, this is one of the better bards out there right now, and I imagine we’ll see a lot more crystal balls and occult skulls in the future. 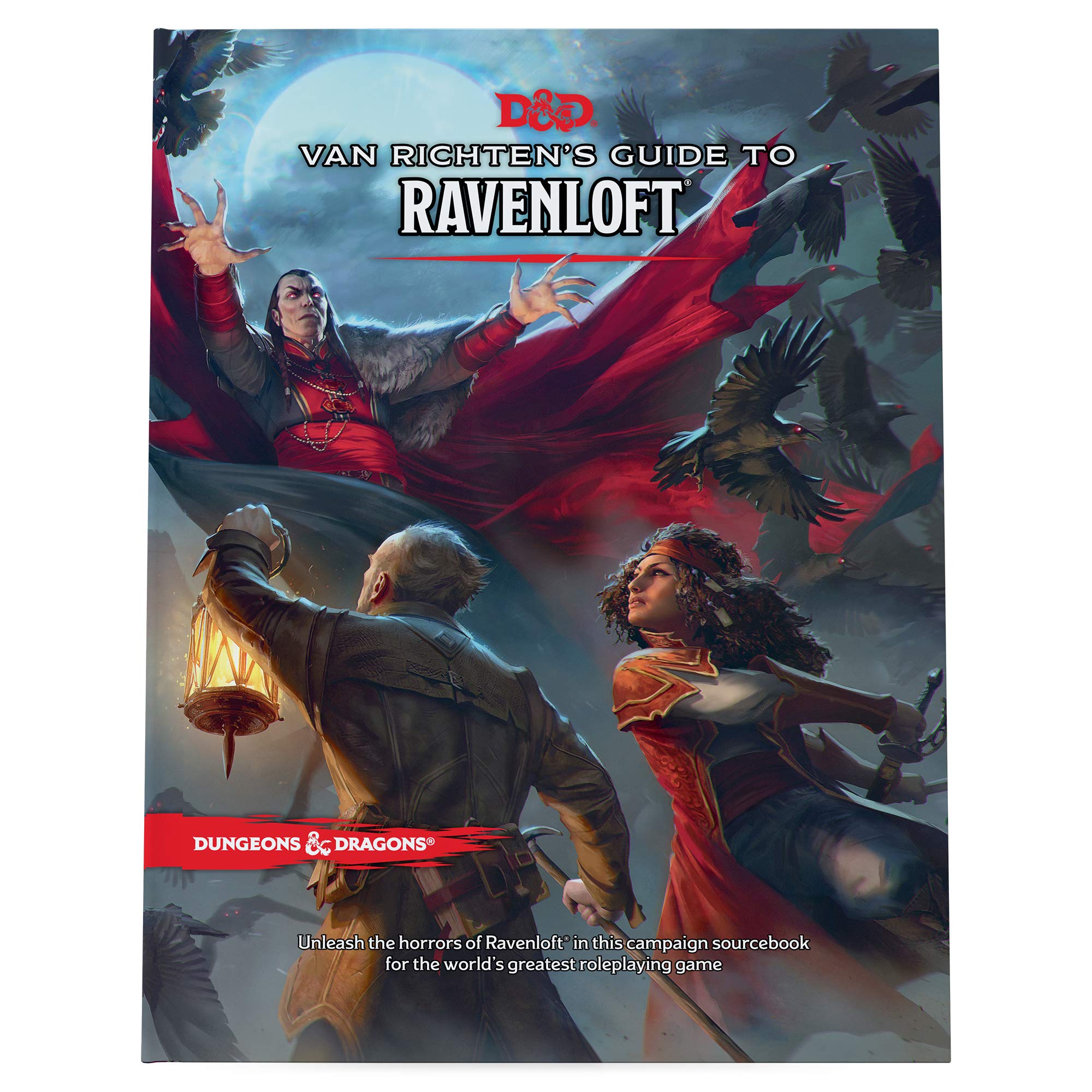 D&D: Curse Of Strahd Minis Up For Pre-Order