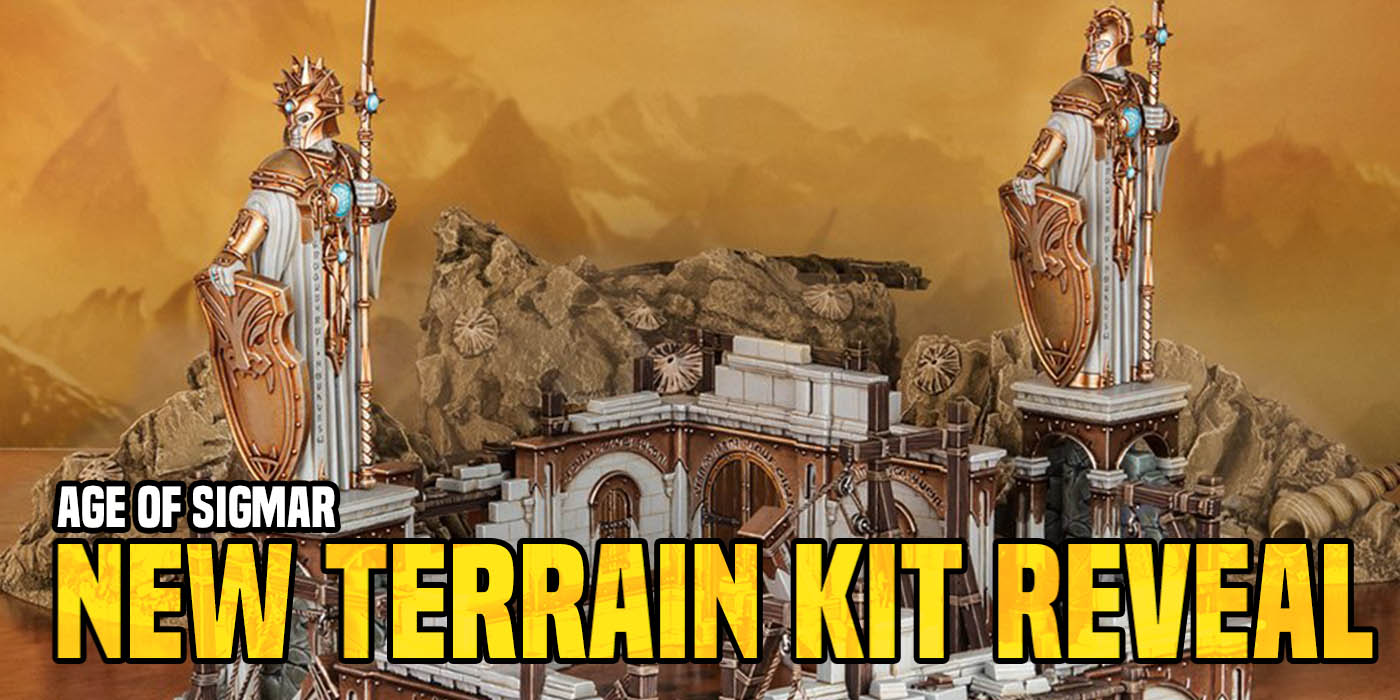 Age of Sigmar Fans are in for quite a treat – a new scenery kit has been revealed and Loremaster Phil Kelly breaks down the state of the realms in a new video.

Games Workshop has a couple of sweet reveals today. First up, let’s take a look at the upcoming scenery kit from the Dawnbringer Crusades.

“A fresh set of scenery is coming alongside the new edition to represent many of the buildings cropping up all across the Mortal Realms, including arcane defensive statues and purifying engines. “ 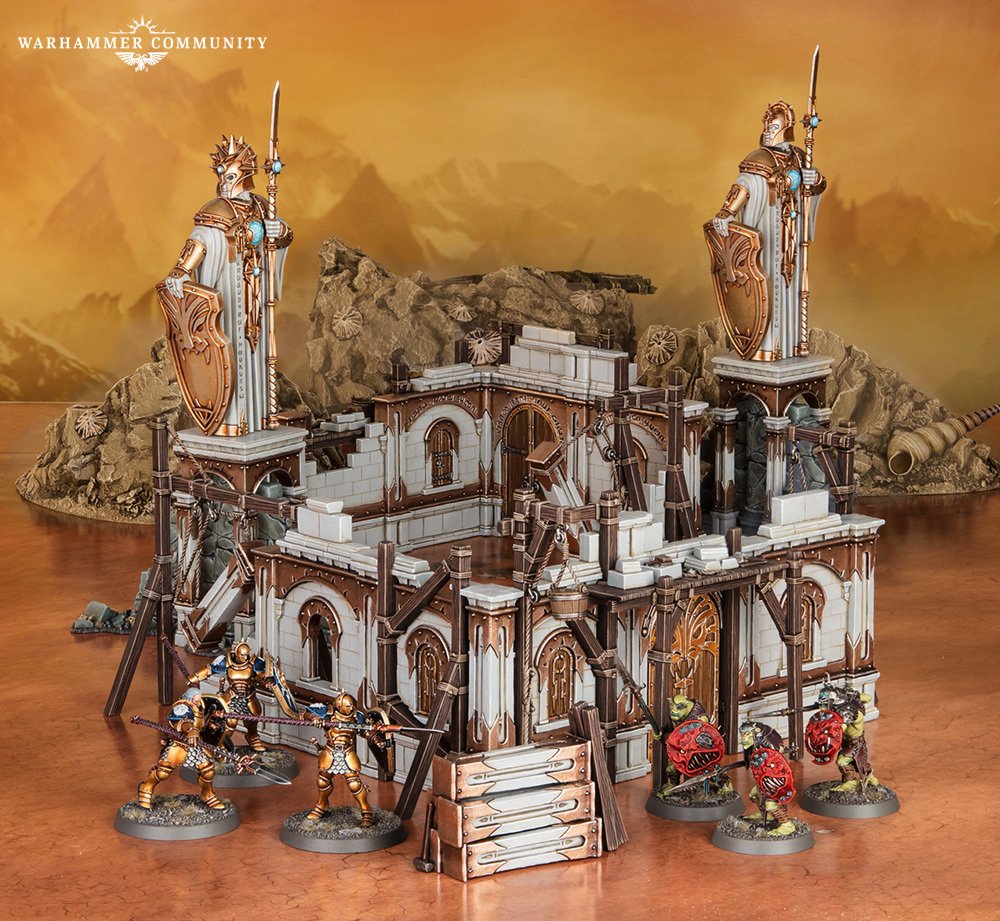 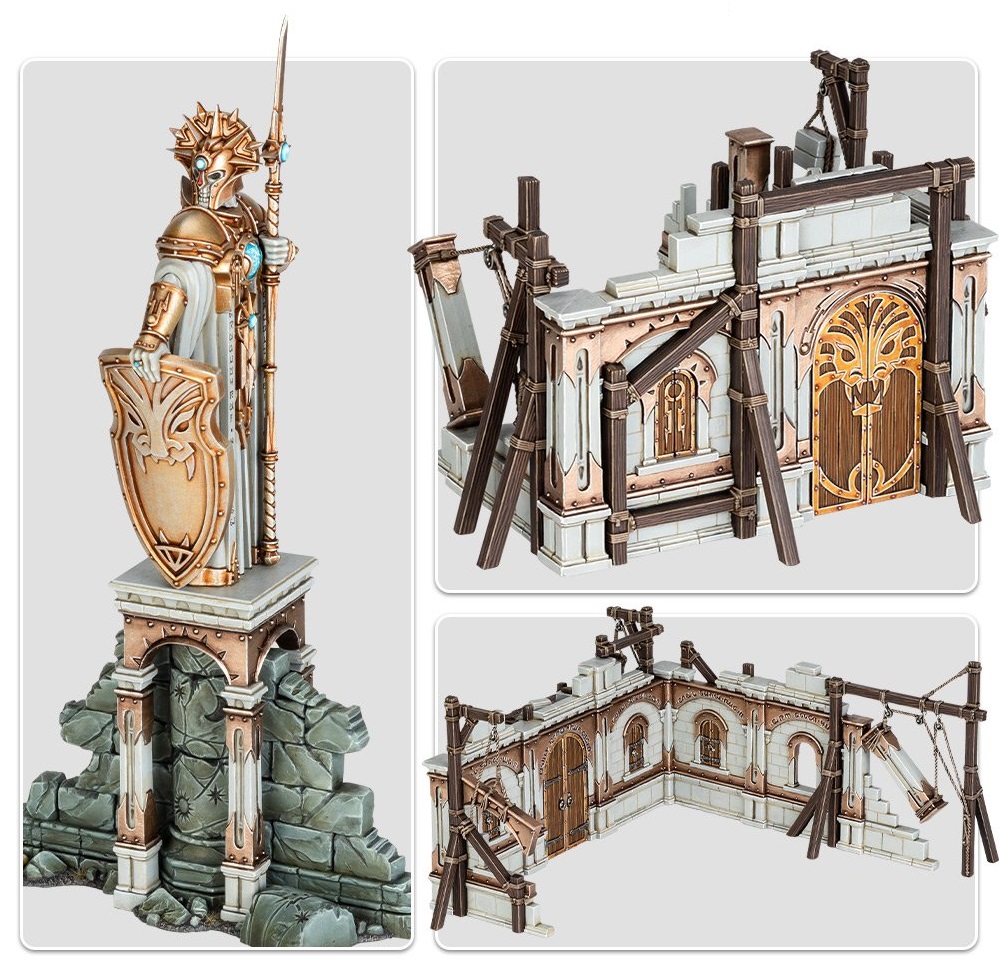 You’ll be able to configure these buildings in a different, modular ways. These could represent a settlement that has been attacked in the middle of their construction or perhaps an abandoned outpost that never got started. Personally, I’d like to see a completed building kit from GW as most of these kits tend to be crumbling walls or ruins. Occasionally we do get non-wrecked terrain though and I think these Dawnbringer Crusades could eventually be a good example of that. 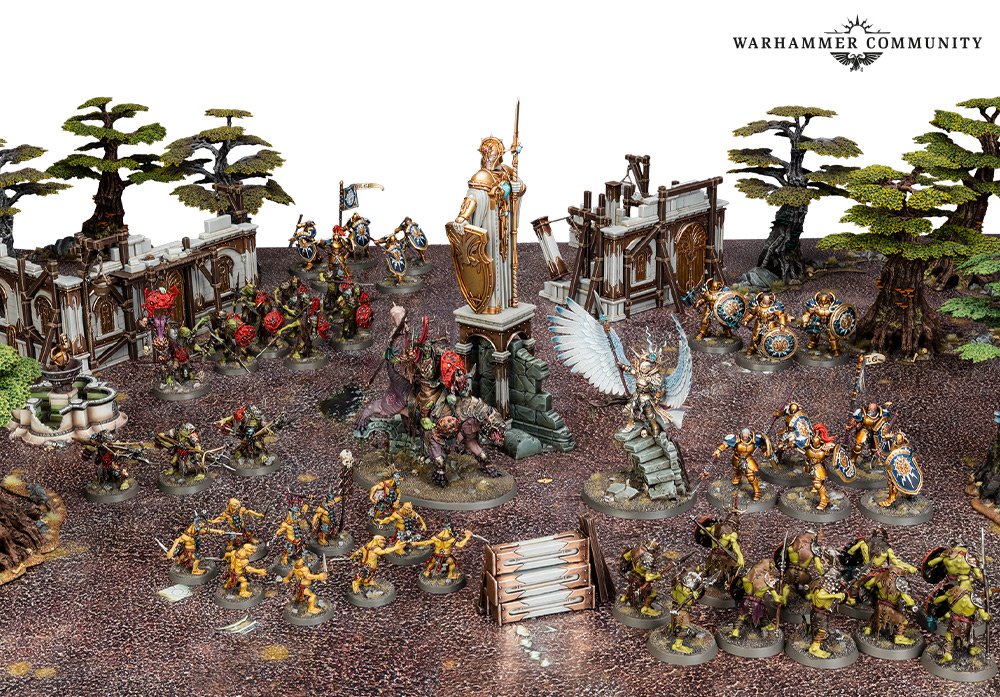 There does appear to be a few cool doodads with this kit. There’s the new Statue (it’s unclear who that’s supposed to represent) and then there are the various wall sections. There also looks to be some extra pillars that for a sort of barricade. I like it – lots of details, simple layouts, and actually usable in your games without causing clutter or awkward obstructions.

If you’ve got about 7 and 1/2 minutes and want to learn a boat-load about the current state of affairs in the Mortal Realms, then you should watch the video above. Phil Kelly drops some knowledge on us about the happenings in the Mortal Realms. It’s a great way to catch-up on the big details as we move towards the new edition. If you’re brand new to AoS, this is a good lore primer. If you’re a vet but haven’t caught-up on the events of the Broken Realms yet, this will get you up to speed before the next edition drops. It’s absolutely worth a watch. 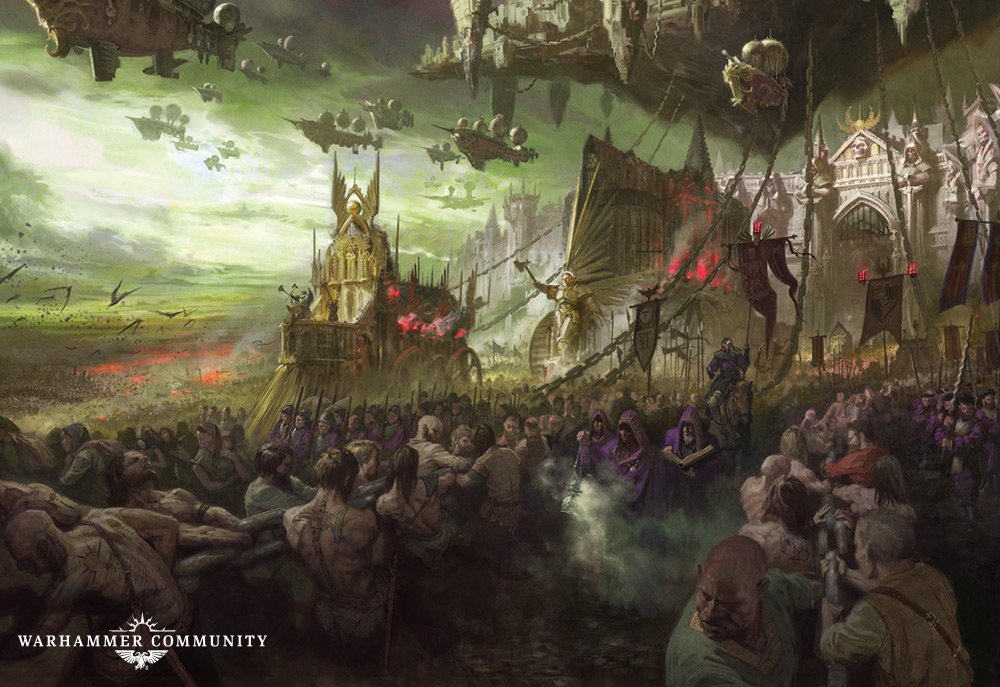 It’s a new edition and tons of new stuff is on the way for Age of Sigmar. Are you ready to tackle the challenges in the Mortal Realms once more?

Author: Adam Harrison
Writer, Editor, Texas Native, and Austinite for 15+ years, Adam covers all things Tabletop Gaming. Which includes Warhammer 40,000, Age of Sigmar, D&D, Board Games and everything else that involves dice, boards, cards and a table. A hobbyist, player, and collector of miniatures and games, Adam's current obsession are his Death Armies for Age of Sigmar, his Blood Angels and Tyranids for 40k, and his ever growing Arkham Horror: The Card Game Collection.
Advertisement
Age of Sigmar Games Workshop Lore Miniatures Tabletop News Videos
Advertisement