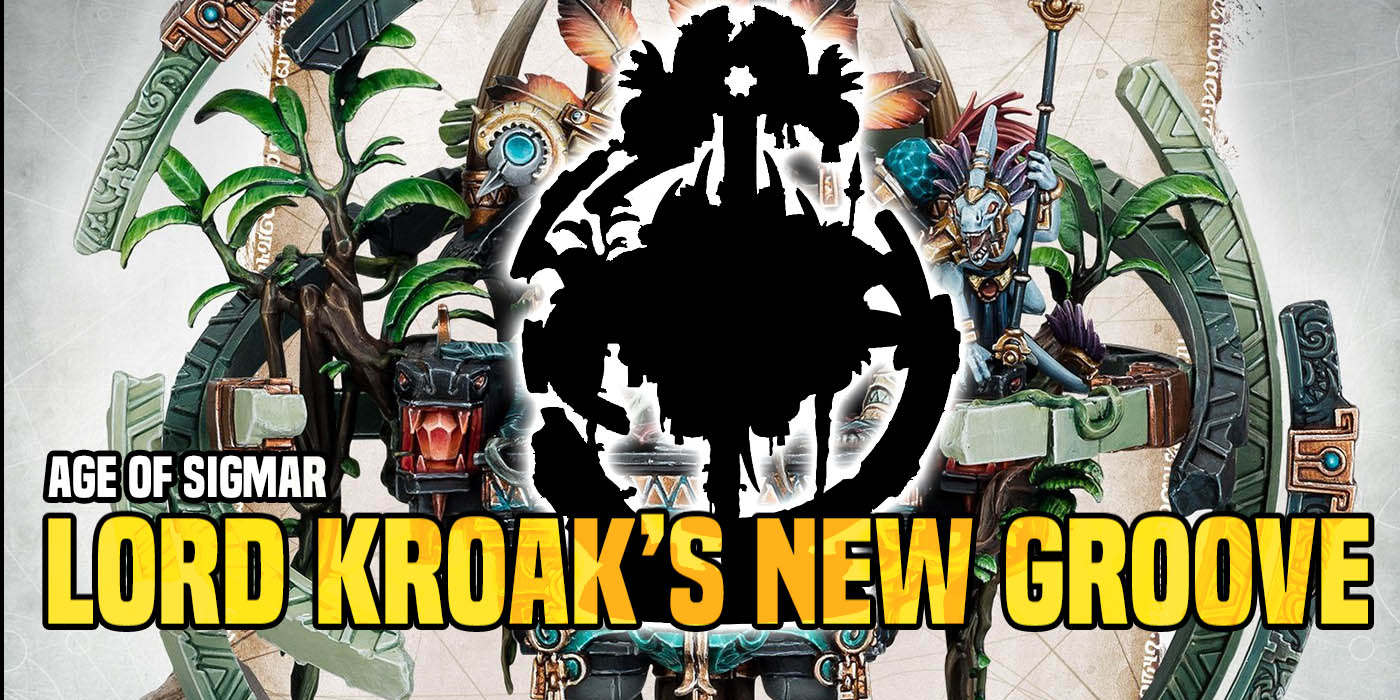 The oldest guy in the Realms is getting a new lease on…unlife.

The OG Frog King is back in Broken Realms: Kragnos, and he’s bringing a massive arsenal of new abilities befitting his new model. Even before discussing the rules, Kroak looks better than ever with a new facemask and crown and a massive dais that puts him at the middle of a gyroscopic engine of stone. He looks like he was lifted right out of an Old One machine, and considering that he’s been “dead” for longer than the Realms have existed, he probably was. Here’s a quick review of the new rules Lord Kroak will bring to the battlefield and why there’s never been a better time to add him to your Seraphon list. 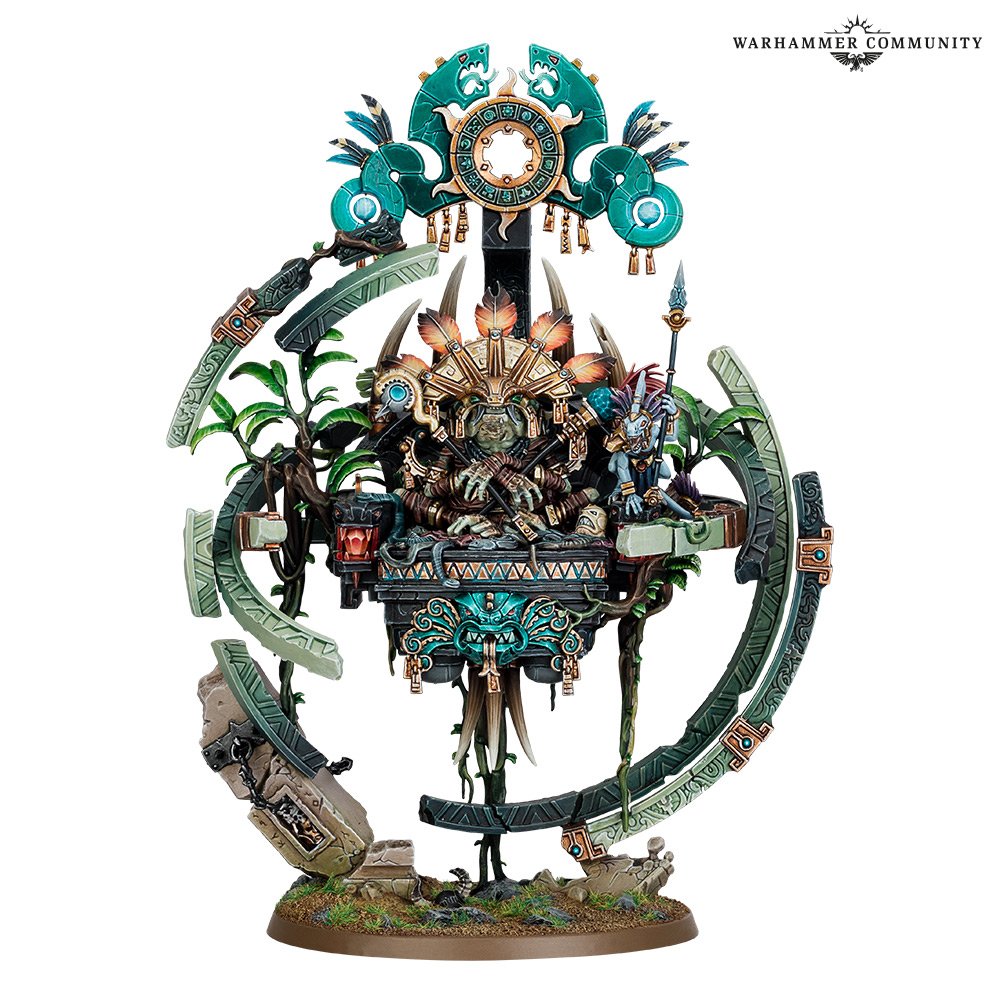 True to his new empowered status, Kroak has drastically increased his survivability, more than doubling his wounds and improving his lich-like healing ability. He is now an 18 wound model, and his Dead For Innumerable Ages ability will now either heal him completely or not at all. If he has suffered any wounds or mortal wounds at the end of each phase, you roll 3d6 and add the damage he’s taken. If you roll a 20 or above, Kroak croaks, but he heals ALL of his wounds if you roll less. Note that you do this at the end of every phase, so it will take a concentrated effort to bring the big guy down (or a very unlucky roll).

His support and combat abilities have been heightened as well, probably because he knows he needs to deal with a living earthquake thundering towards him. His command ability that adds saves and flight to a nearby unit can now hit d3 units rather than just 1, meaning you can catapult all your thunder lizards into the enemy backline with ease. His command point generation hasn’t changed, but his spell buffs increased to a +2 to all his magic rolls, making it all the more likely he’ll be successful with his 4 spells per turn. His signature spells and Arcane Vassal channeling are unchanged as well, but considering his buffs, that’s probably ok. The only other change he sees is that his force barrier now counts Monsters as 5 models to determine its attacks. With the new hotness 3.0 is bringing to Heroes and Monsters, Kroak will be a powerful addition to the scaly warriors of the Seraphon.

Will you be adding the Frog Lord to your list? 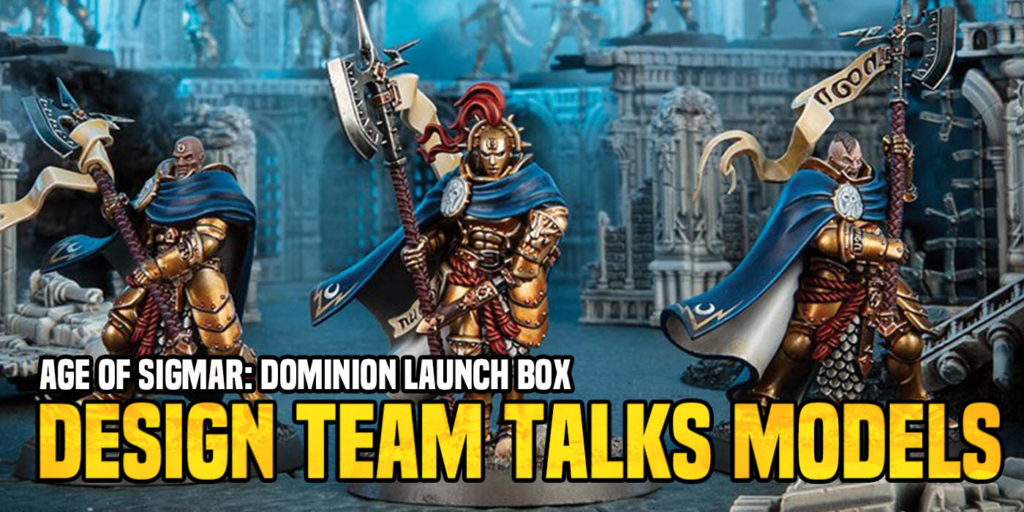