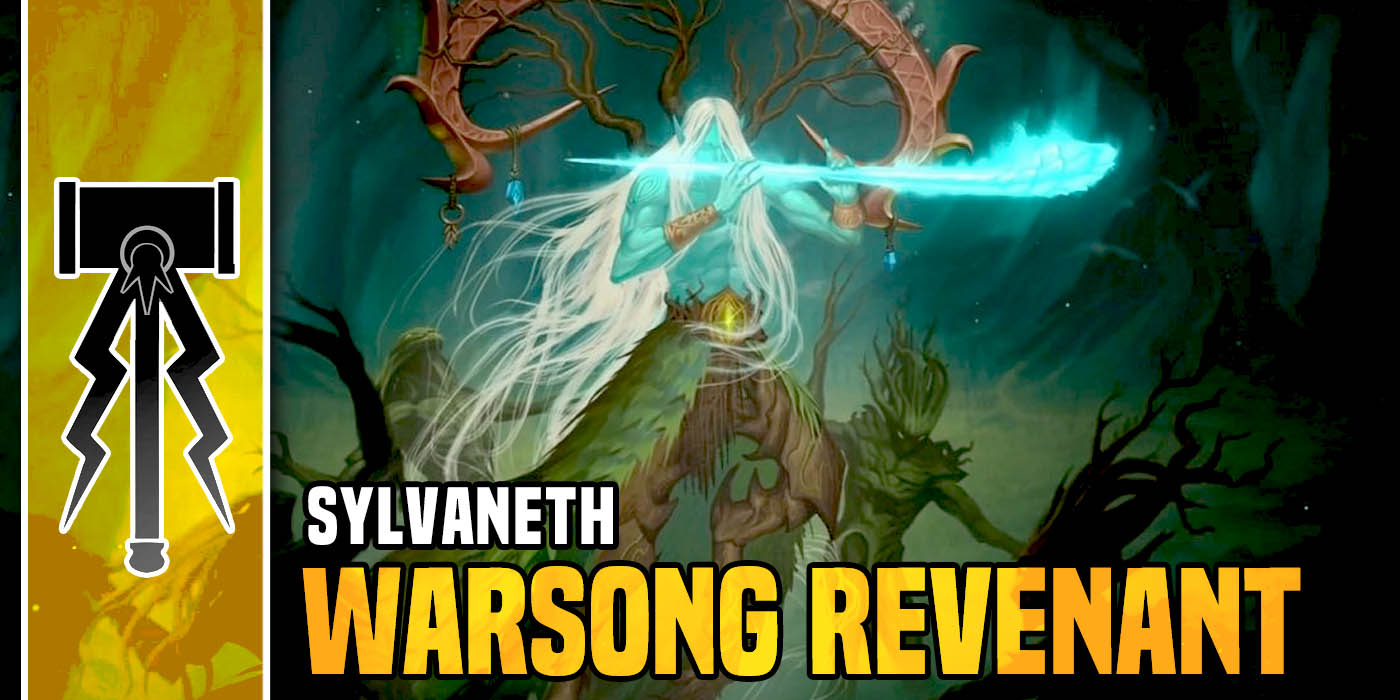 Take a close look at the new Sylvaneth Warsong Revenant. Hi-diddle-dede, it’s time for you to flee.

The final installment in the Broken Realms saga is up for preorder, and the Realms are balking at this new threat. Mighty champions from all corners of the Realms are rising to the occasion. In Ghyran, Alarielle has unleashed a brand new breed of hero, a mystical warpiper that empowers her life-giving song and sounds a funeral dirge for her enemies. Here’s a quick and dirty review of the new Warsong Revenant and where he might fit in your Sylvaneth lists. 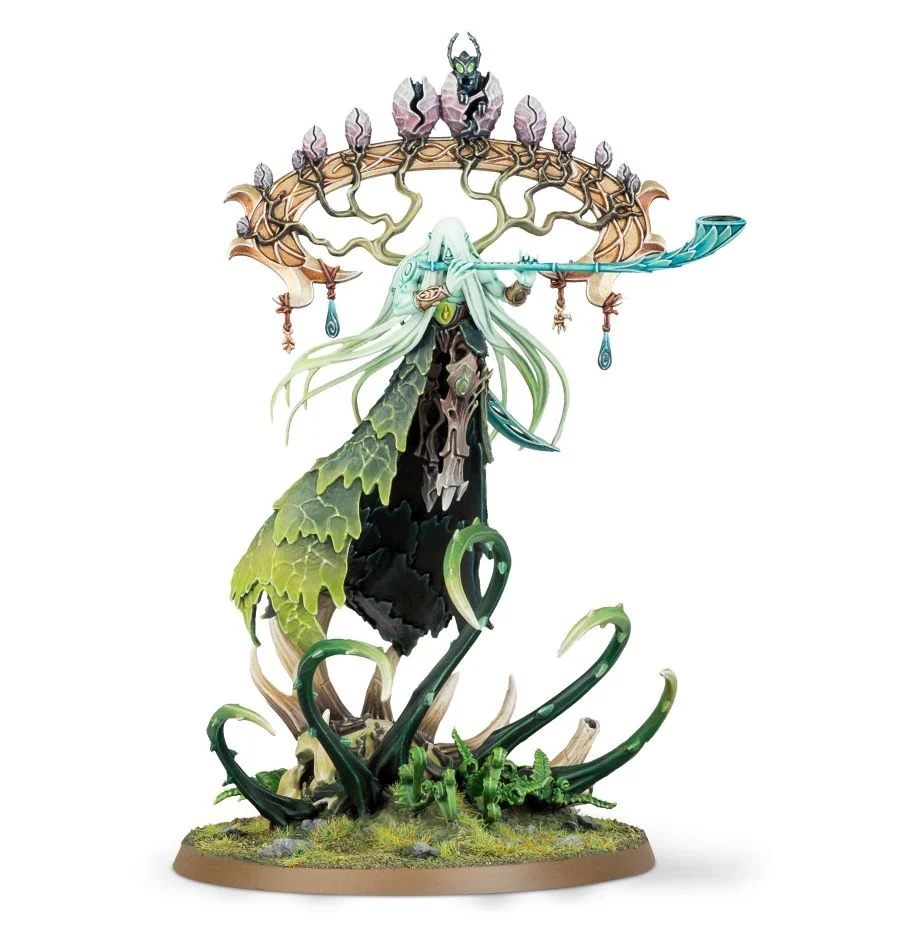 Right out of the gate, the Revenant is an incredible hero that can fill almost any role you need it to, from support mage to assassin or beatstick. He has a respectable profile, with an 8″ move, 7 wounds, 8 Bravery, and a 5+ save, which put him a little below baseline for typical heroes in his role. He has one attack, the Spearing Vines, which can do a pretty hefty chunk of damage with 5 3+/3+ attacks that deal 2 damage with a Rend of -1. Before factoring in abilities or artefacts, that’s a decent chunk of damage that is fairly likely to connect, so he can eliminate small elite threats or cripple large single wound units, setting them up for a devastating Battleshock test. 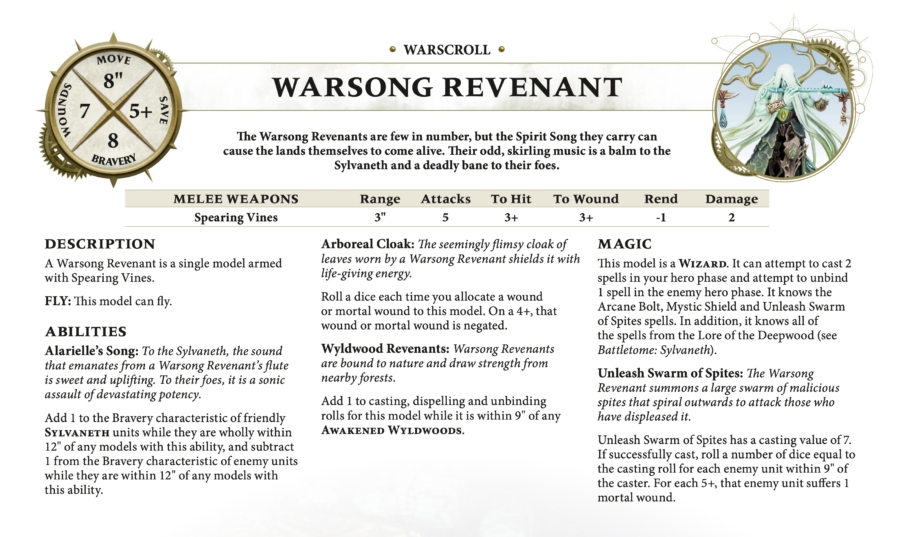 Speaking of Battleshock, his flute will empower every Sylvaneth wholly within 12″ with an extra point of Bravery while draining a point from all enemies within 12″. And should the enemy try to strike back thinking they can break through his rather thin 5+ armor, his cloak of magical leaves lets him ignore wounds on a 4+, giving him a surprising amount of survivability. You’ll want to make sure, as you do with all Sylvaneth really, to keep him near a Wyldwood, as he gets +1 to all his magic rolls while within 9″. 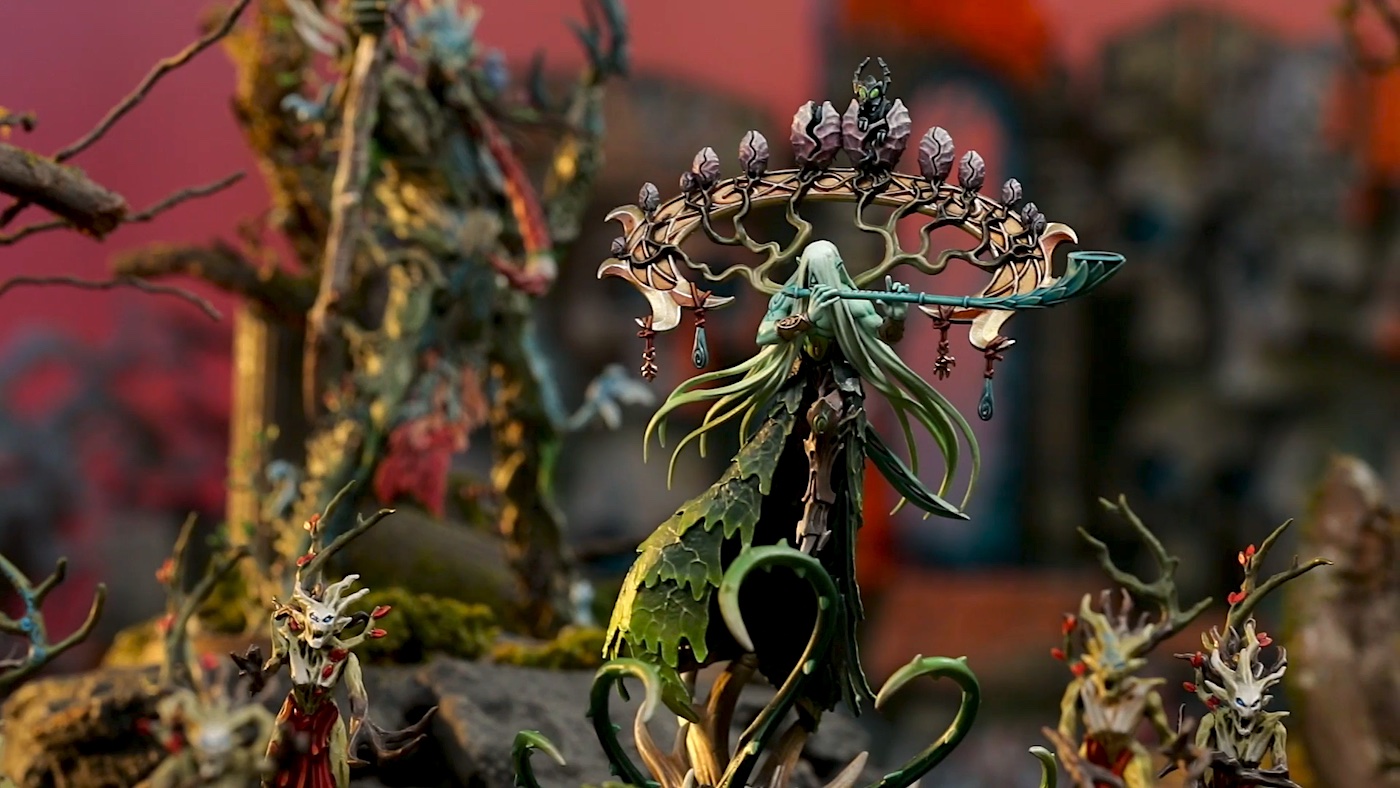 That’s awesome for his signature spell, Unleash Swarm of Spites, which casts on a 7+ and targets EVERY enemy within 9″, allowing him to roll a number of dice for each target equal to the casting attempt and deal them a mortal wound on a 5+. Combined with his nasty attack profile and Bravery drain, he can easily wipe units singlehandedly, driving any survivors away in the Battleshock phase. 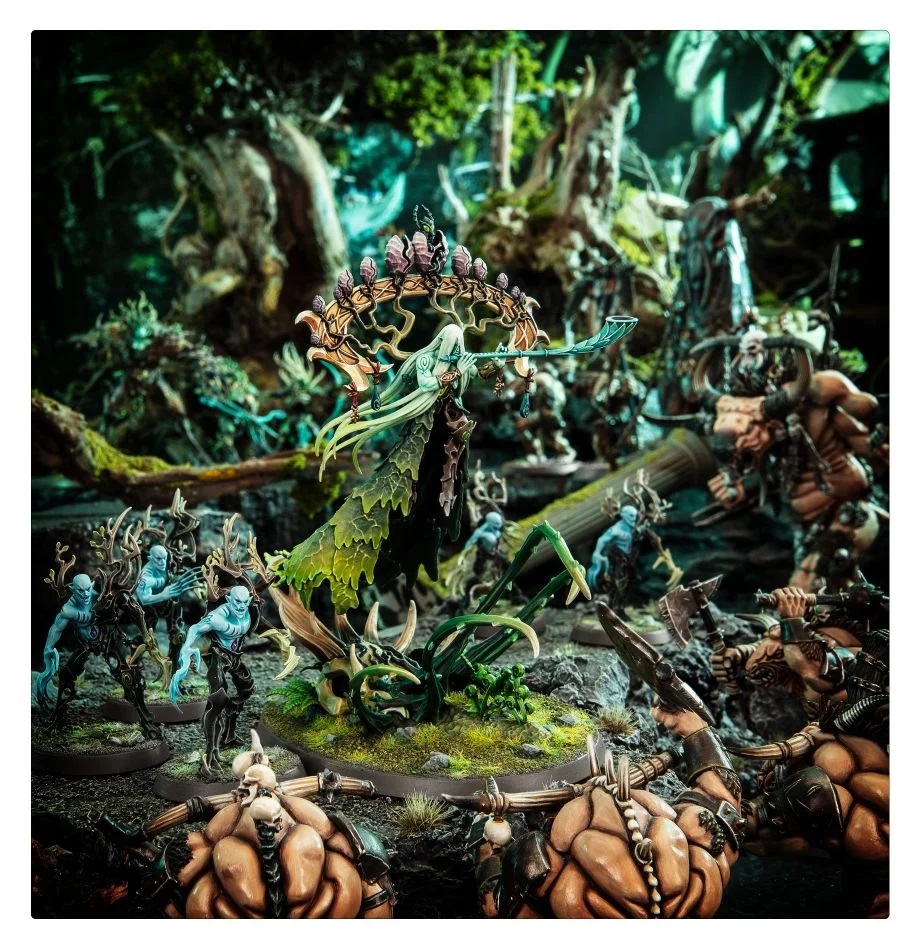 The Revenant can perform however you need him to because he knows every spell from the Lore of the Deepwood. He can only cast once per turn, of course, but with that many options, he can fill any role your army needs and morph into something else should you need him to. Healer? Check. Trees? Check. Damage? Triple check. The Warsong Revenant is a mighty jack of all trades and fits into any Glade or army list with ease.

Will you be including a Revenant in your Sylvaneth lists? 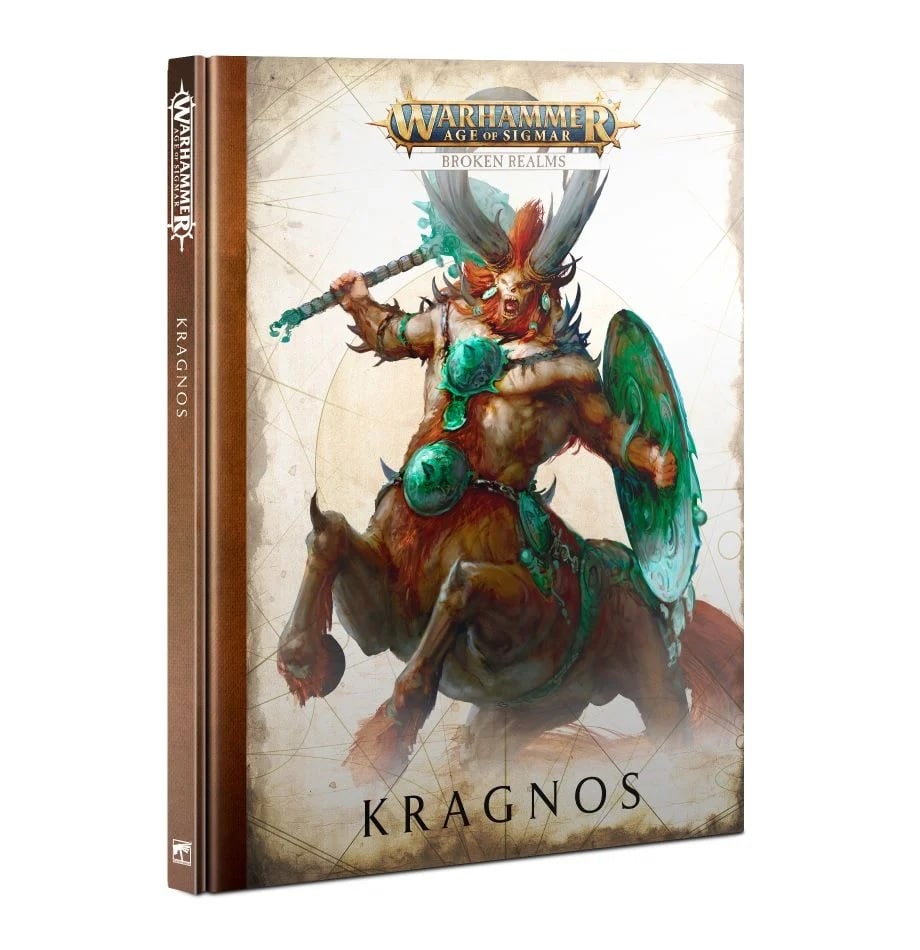 Author: Clint Lienau
Originally from North Carolina, Clint comes to Austin as the latest in a long list of haunts of a wandering actor. An avid gamer, writer, actor, pyrotechnician, and general nerd, he writes two Age of Sigmar weekly articles for Bell of Lost Souls from a slightly less than meta angle, plus a weekly tournament roundup. When not busy being a clueless cowboy, Winterfell Bannermen, or whatever else acting life throws at him, he enjoys reading folklore from around the world, writing narratives for his Wargaming armies, or watching all the movies he can. Look for his storytelling podcast, By the Dancing Fire, or find him on Twitch at RedWendigo13.
Advertisement
Age of Sigmar AoS Order Review Rules
Advertisement 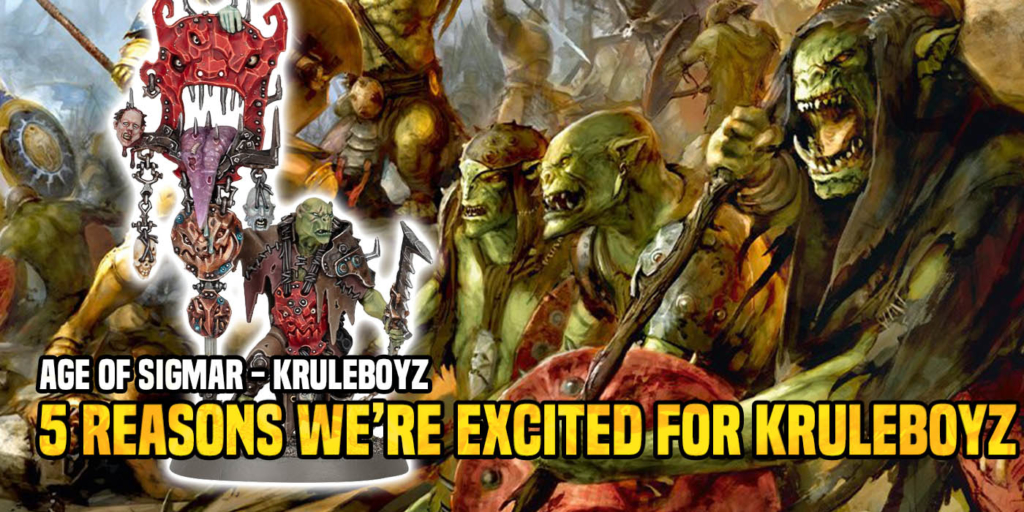