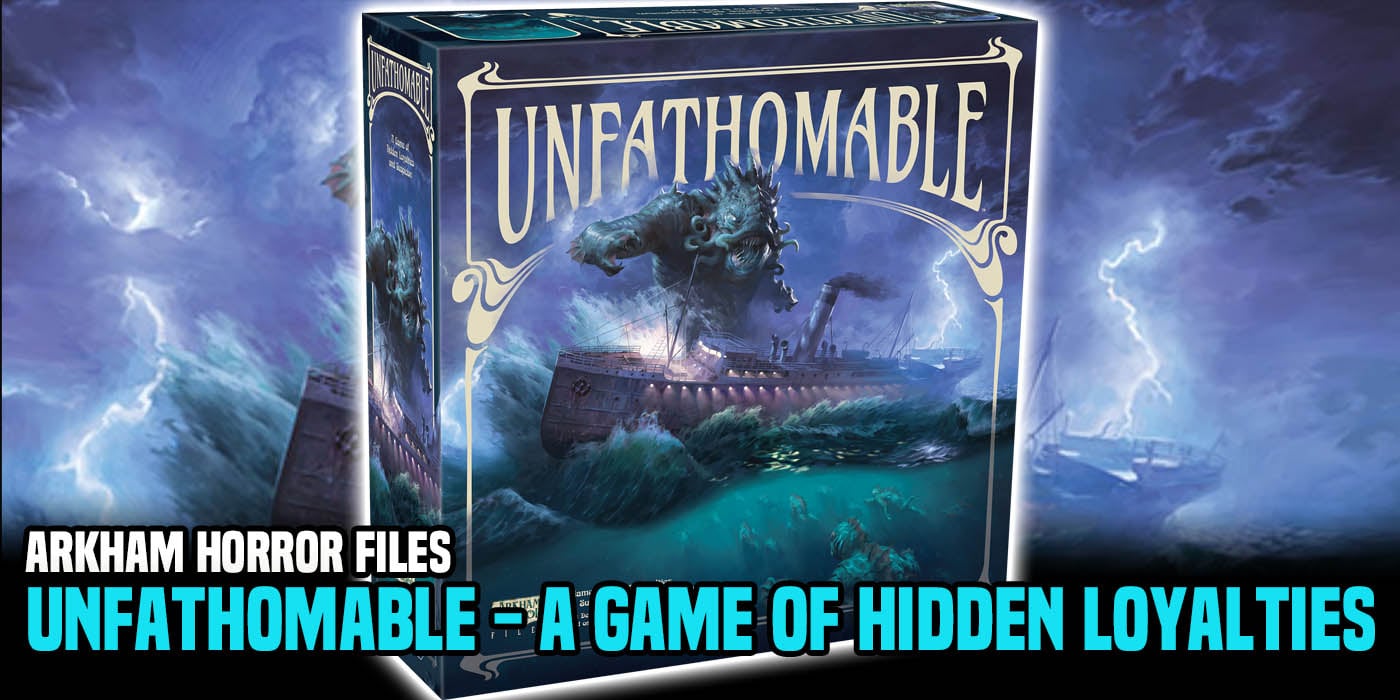 Fantasy Flight Games is back with a new entry into the Arkham Horror Files Universe. Unfathomable is set before the events of the Arkham Horror Board and Card Games so it has room for a entirely brand new cast of characters for players to meet. On top of that, it’s not exactly clear who’s who or where their loyalties lie in this game of hidden loyalties and suspicion.

“Lurking within the depths of the Atlantic Ocean are a swarm of vicious, unspeakable horrors: the Deep Ones, led by Mother Hydra and Father Dagon. For reasons unknown, they have set their sights on the Atlantica, and their minions, taking the form of human-Deep One hybrids, have infiltrated the steamship to help sink it from within. Each game of Unfathomable has one or more players assuming the role of one of these hybrids, and how well they can secretly sabotage the efforts of the other players might mean the difference between a successful voyage and a sunken ship.” 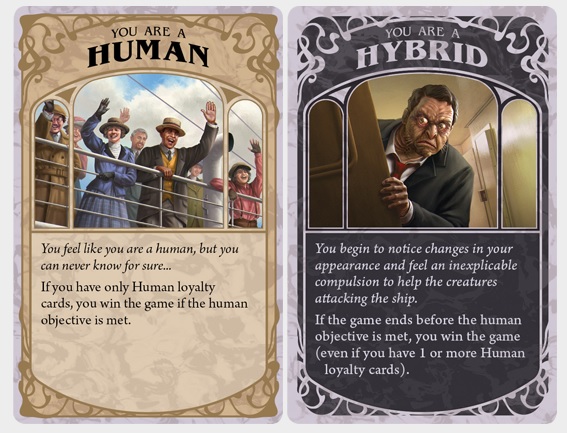 Okay, if you’re starting to get major Battlestar Galatica vibes, you’re not alone. Considering that game was a massive hit and spawned a series of expansions, it’s no surprise FFG would try to recapture the magic in a different setting. And honestly, the Arkham Horror Files Universe is a great place to do it. Full of supernatural threats and paranoia, the game play mechanics from BSG fit perfectly – albeit without some of the more sci-fi flair. I doubt we’ll be making jumps to the next system or launching fighters out of the docking bays, but there will certainly be combat vs the Deep Ones and a sense of looming dread! 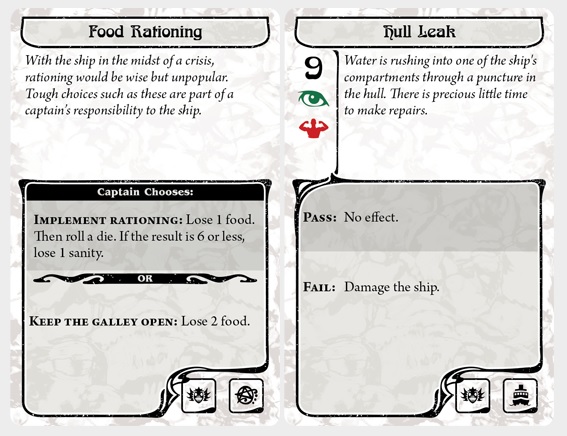 The Players will have to contend with crisis moments during the Mythos Phase at the end of the player’s turn, too. It wouldn’t be Arkham Horror without one! However the resolution is going to sound very familiar to fans of BSG: The Board Game.

Oh yeah…Someone is getting shoved out the airlock. Or I guess in this case shoved overboard? We’ll find out soon enough. 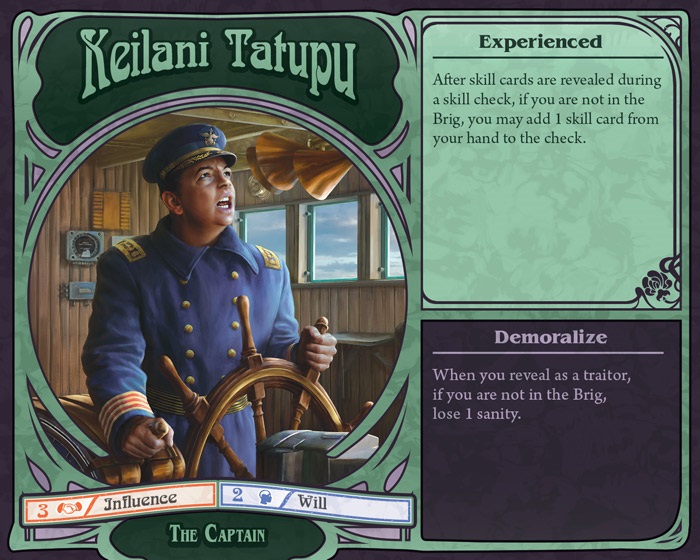 As mentioned, the year is 1913 which pre-dates the Arkham Horror board game by a few years. That opens up the possibility for an entirely new cast of characters. The first person up is Keilani Tatupu, the ship’s captain. You can see that each character will have a set of skills – in this case 3 Infuence and 2 Will. There are also Experienced and Demoralize effects that can impact your character.

There are 10 playable characters in the game and each one has a slightly suspicious backstory so you’re never quite sure if they are entirely human or hybrids working for the Deep Ones. That should keep things interesting! 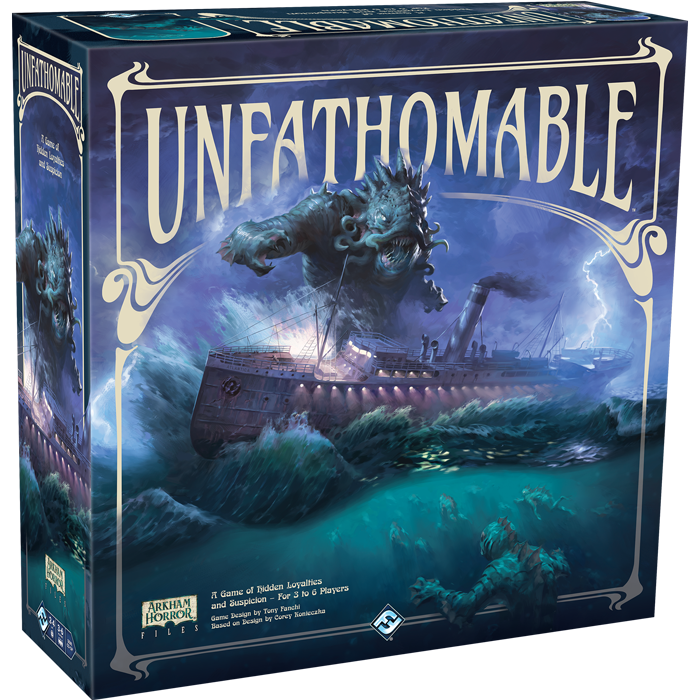 Due out for release this September!