D&D: Why Everyone Loves Magic Missile 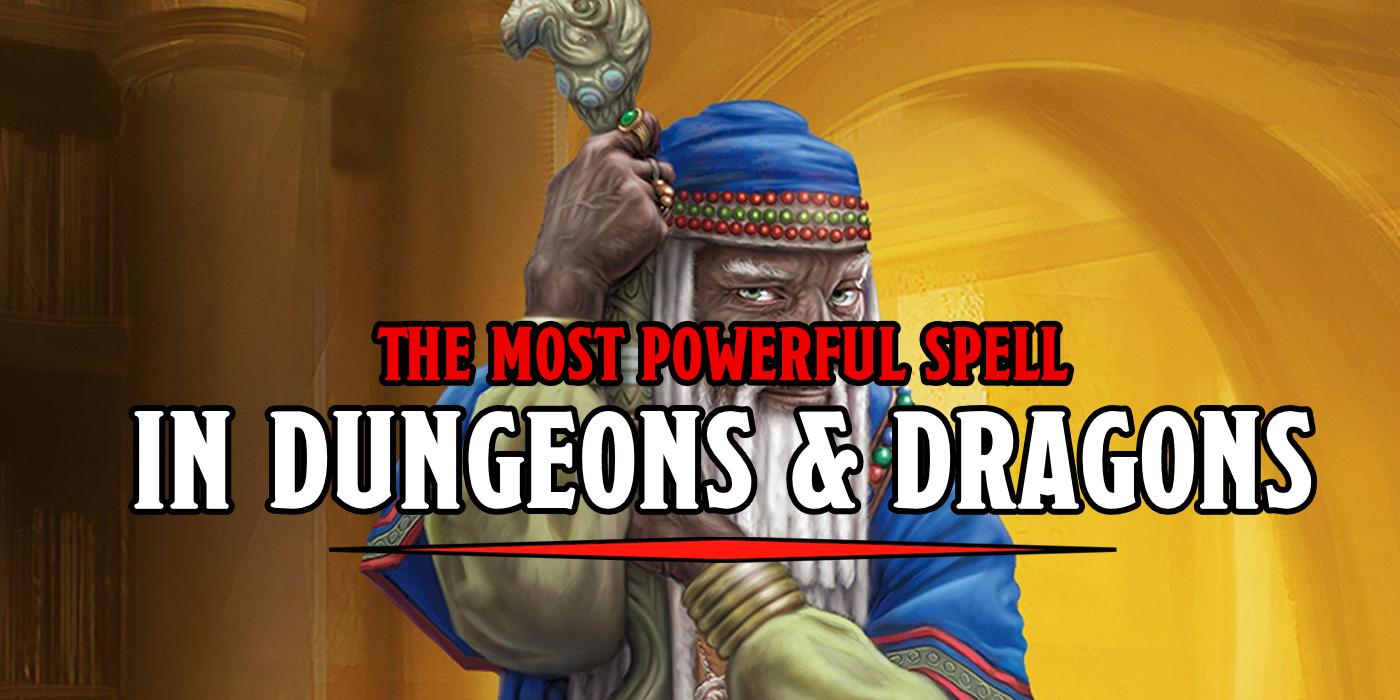 Forget fireball, disintegrate, or meteor swarm the deadliest spell in 5th Edition is Magic Missile, and we’ll show you why.

Magic Missile has been a staple of D&D since first edition, where it began life as a humble spell that helps casters make up for the fact that their first level, depending on your edition, consisted of casting a spell or two and then needing to take a nap and lie down for a while, and having a spell that did nothing and left you with nothing is suboptimal.

But the real rise to stardom came with the Dead Alewives who did a sketch for the Dr. Demento radio show that made it infamous for being used to “attack the darkness,” which enjoyed a great deal of popularity in the 90s and then a recent resurgence thanks to the video game Summoner and an easter egg of a scene:

But in 5th Edition, Magic Missile can be one of the deadliest spells out there. And you don’t even have to try too hard to get at the cheesy goodness that is Magic Missile in D&D. To begin with, nobody is as deft with magic missiles as Wizards. Sure, sorcerers and whichever other classes can add Magic Missile to their lists can wield it, but Wizards–and particularly Evocation Wizards are the masters of magic missiles. We’ll get to why in a moment, but first here’s what magic missile does, if you’re unfamiliar.

You create three glowing darts of magical force. Each dart hits a creature of your choice that you can see within range. A dart deals 1d4 + 1 force damage to its target. The darts all strike simultaneously, and you can direct them to hit one creature or several.

At Higher Levels. When you cast this spell using a spell slot of 2nd level or higher, the spell creates one more dart for each slot level above 1st.

The key word in that whole description is “simultaneously,” which according to lead rules designer Jeremy Crawford means there’s only one damage roll.

This means a couple of different things. At first level, you might be rolling 3d4+3 damage for your magic missile spells, giving you a result of 6-15 points of damage. But what you actually should be doing is rolling 1d4+1 and multiplying it by the number of darts striking a target. Meaning you have a minimum of 2-5 damage per target if you’re striking with only one missile. But as soon as you start hitting more, the damage multiplies, so with two missiles per target, you’re not dealing 4-10, but rather dealing, 4, 6, 8, or 10 damage to the target, depending on how you roll. And with three missiles all hitting the same target, you’re hitting for 6, 9, 12, or 15 damage.

It’s weird, because you can’t get numbers in between–but it’s particularly relevant when we get to the way it interacts with effects like Empowered Evocation. This is the 10th level Wizard ability for the School of Evocation which reads:

Beginning at 10th level, you can add your Intelligence modifier to one damage roll of any Wizard Evocation spell you cast.

Magic Missile only has one damage roll, which means you add your Intelligence modifier to the damage roll of each dart. Here’s Crawford confirming that:

@BrailSays Correct. Magic missile is an oddball, in that it functions a bit like an area-damage spell ("strike simultaneously"). @_Matafer

Suddenly that first level Magic missile gets a lot more powerful, dealing anywhere from 3-6 damage per missile, if you’re a Wizard with an Intelligence bonus of only +1, but more likely you’ve got at least a +4 by level 10, if not the max of +5. Suddenly, we’re looking at a potential 7-10 per missile, which means 21, 24, 27, or 30 damage on a first level spell. Sure a 10th level fighter with a Hand Crossbow, Sharpshooter, and Crossbow Expert can outpace you, but that’s just a first level spell. For every level you upcast your Magic Missile by, you deal even more damage.

So as a 5th level spell, for instance, you’re dealing 4 extra darts for total of 7, bringing you up to a minimum of 49 points of damage and a maximum of 70. And we’re just getting started.

If we really want to go for broke, add in two levels of fighter, so you can use Action Surge to cast Magic Missile a second time on our turn. So at 12th level, we can churn out upwards of 140 damage without trying. And if you’re wondering about the rule about cantrips and spells and how that works, that only applies to spells you cast as a bonus action, as has been clarified in Sage Advice:

There’s no rule that says you can cast only X number of spells on your turn, but there are some practical limits. The main limiting factor is your action. Most spells require an action to cast, and unless you use a feature like the fighter’s Action Surge, you have only one action on your turn. If you cast a spell, such as healing word, with a bonus action, you can cast another spell with your action, but that other spell must be a cantrip. Keep in mind that this particular limit is specific to spells that use a bonus action. For instance, if you cast a second spell using Action Surge, you aren’t limited to casting a cantrip with it.

So we can get two magic missiles. Now, let’s really go wild. Let’s do what all the cool kids are doing and pick up a level of Hexblade. Why? Because it’s the most popular Warlock subclass, but namely because it gets us Hexblade’s Curse, which is much better than Hex. Hex, the spell, only affects targets if you attack them. But Hexblade’s Curse, you guessed it, means we deal a bonus to damage rolls.

You gain a bonus to damage rolls against the cursed target. The bonus equals your proficiency bonus.

So now, our single damage roll is 1d4+1+5 (Int) + 5 (Proficiency Bonus at level 13). So now, we’re dealing 1d4+11, or 12-15 per dart, multiplied by the number of darts. Now even though we’re 13th level, Warlock spells don’t play the best with Wizards, so we take a hit to progression. We still only have 5th level spells, but that still means we can churn out 84, 91, 98, 0r 105 damage to a single target–twice. Not good enough for you? Well we have to focus back on Wizard to get even higher. At 15th level, when other classes are getting 8th level spells, we’re getting access to our 7th level spell slot which doubles our effective power. Because we get Simulacrum, which lets us create a duplicate of anything, but we’re duplicating ourselves, because that means twice as many magic missiles per turn. 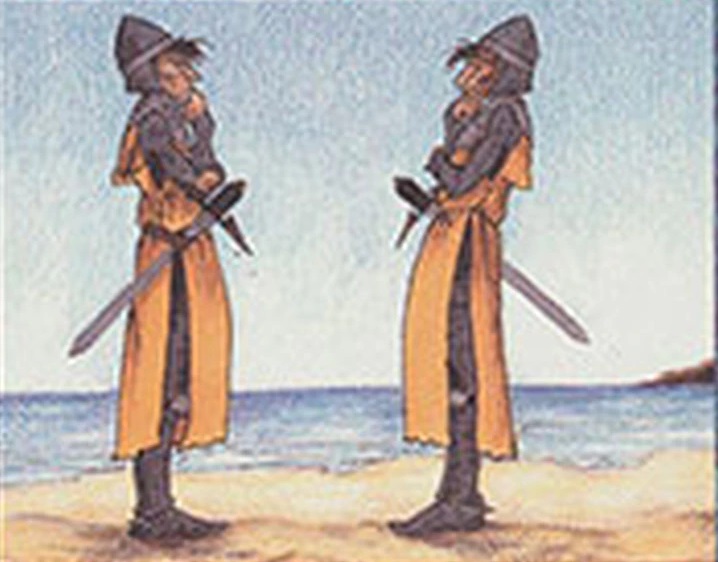 It does take up our 7th level spell slots (thanks Errata), but it also means that we can dish out up to 460 points (our wizard and simulacrum each only get a single 6th level spell slot) of damage to a single target, no save or resistance (mostly) as it’s Force damage. That’ll put a dent in anything. But even this doesn’t let us one shot anything in D&D. Sure, it’ll kill most things, but Zariel and Tiamat will both survive.

So we go back to Wizard school, all the way up to 17th level wizard, 2nd level Fighter, 1st level Hexblade. Now we can kill anything we want. Our proficiency bonus tops out at +6, so our magic missiles do 1d4+12. With our trusty Simulacrum at our side, and assuming we’re a generous god who only wants one duplicate running around, we still dish out 8th and 9th level magic missiles for a grand total of 672 points of damage. And Legendary won’t save your target. So, farewell Queen of Dragons! Goodbye rulers of hell. Prepare for magic missile.

Just hope your targets don’t have the Shield Spell… 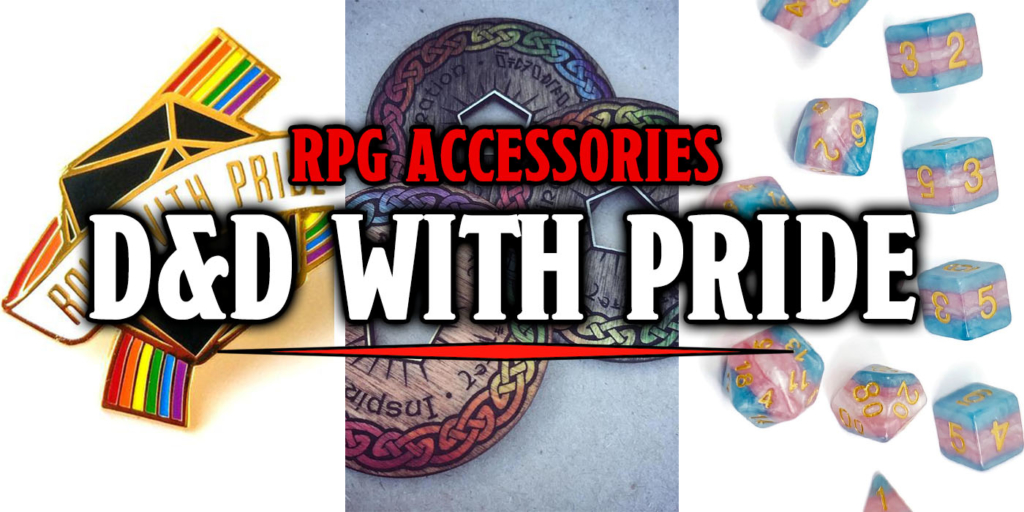