Maybe the Rumor Engine summoned the Cable Guy. It’s unclear but it does look like someone is ready to install the internet.

So this is a strange one from our regular Tuesday Rumor Engine fun. I’m not quite sure what to think of it so let’s just take a closer look, shall we?

“Here at Warhammer Community, we get a lot of emails asking how the Rumour Engine actually works and whether there’s a pattern to the images it drags into the present from the far-flung future. We’d love to tell you, but the Eversor Assassin that watches over us while we work won’t let us. Sorry.” 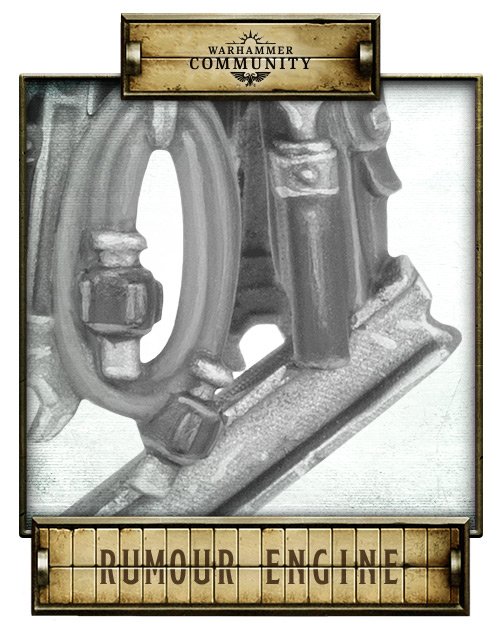 So what are we looking at here? Well…it’s some cable-cords, a tube or two, a holster/tool belt and a piece of some sort of metal beam used in construction. This one is a strange one for sure! Is there some Imperial Contractor up on a high-rise installing some new fangled Vox device? Do people still use fiber optic cable in the Grimdark? What ARE the rates for the Cable Guy in the the 40k universe??! 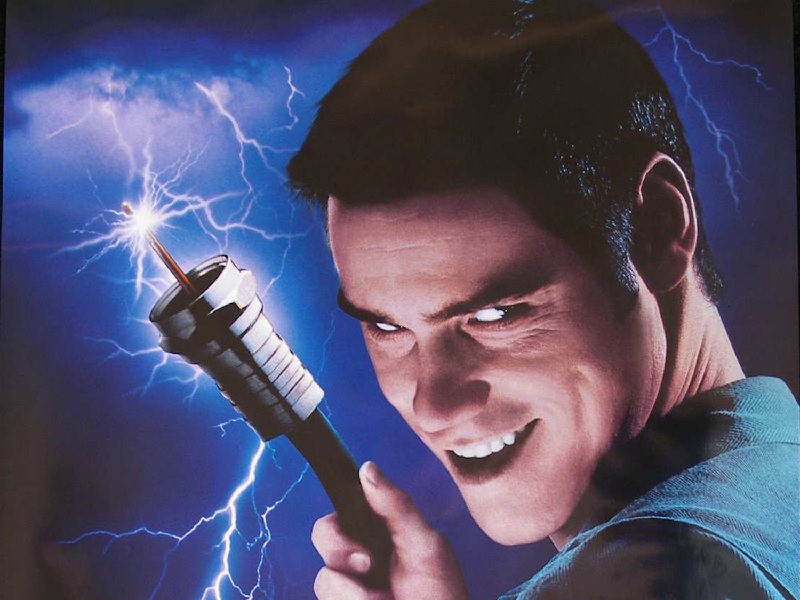 Could this be something from the Age of Sigmar? I’m leaning towards no just because of the Metal-looking beam. But I can’t rule it out 100%. At the same time, I am leaning toward something from 40k and I’m thinking one of the Human races as well. I don’t think it’s power armor related either. Then again, it’s been a couple months since we’ve gotten any new Space Marines so it’s probably a new Space Marine Lieutenant model.

I think it’s more likely something like an Astra Militarum/Adeptus Mechanicus thing. Or maybe even Genestealer Cult! Have we seen any Necromunda Models in a Rumor Engine? We did get some Blackstone Fortress teasers a long time ago – does that count? 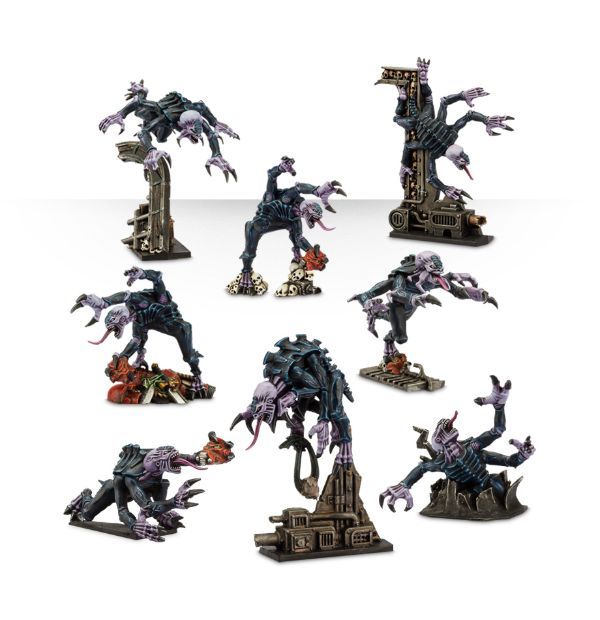 Genetealers do like to crawl around on the strangest things…maybe they got a job in construction while they wait for the Hive Fleet to arrive. You gotta pay the bills for all those generations SOMEHOW.

In any case, this Rumor Engine has taken me down a long, strange rabbit hole. Now it’s time for you to let us know what this one could be. Drop us a line in the comments with your ideas and join in the fun of guessing what the heck this Rumor Engine is.

Author: Adam Harrison
Writer, Editor, Texas Native, and Austinite for 15+ years, Adam covers all things Tabletop Gaming. Which includes Warhammer 40,000, Age of Sigmar, D&D, Board Games and everything else that involves dice, boards, cards and a table. A hobbyist, player, and collector of miniatures and games, Adam's current obsession are his Death Armies for Age of Sigmar, his Blood Angels and Tyranids for 40k, and his ever growing Arkham Horror: The Card Game Collection.
Advertisement
Age of Sigmar Games Workshop Minions Rumor Engine Warhammer 40k Warhammer 40K 9th Edition
Advertisement 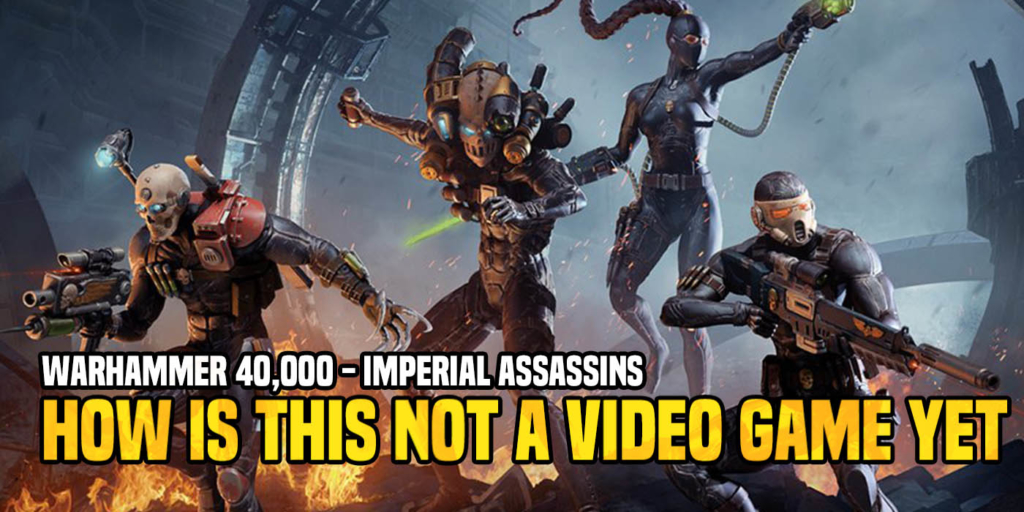