Monsterpocalypse: The Brave Soldiers of G.U.A.R.D. 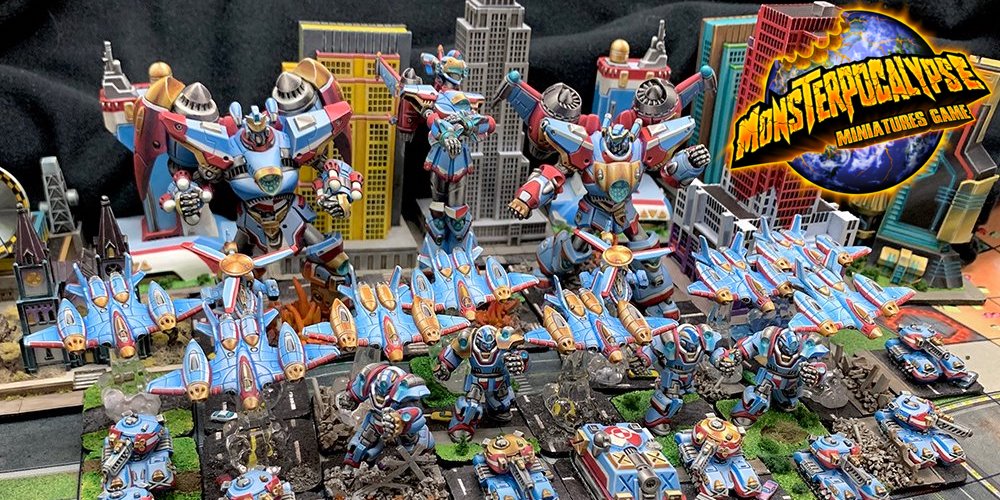 Check out the troops and their even cooler fighting machines!

G.U.A.R.D are possibly the most iconic Monsterpocalypse force. Like all Monsterpocalypse factions, much of their look is inspired by existing sources. But they still have their own distinct feel. Hard to believe these designs predate Pacific Rim by nearly five full years. 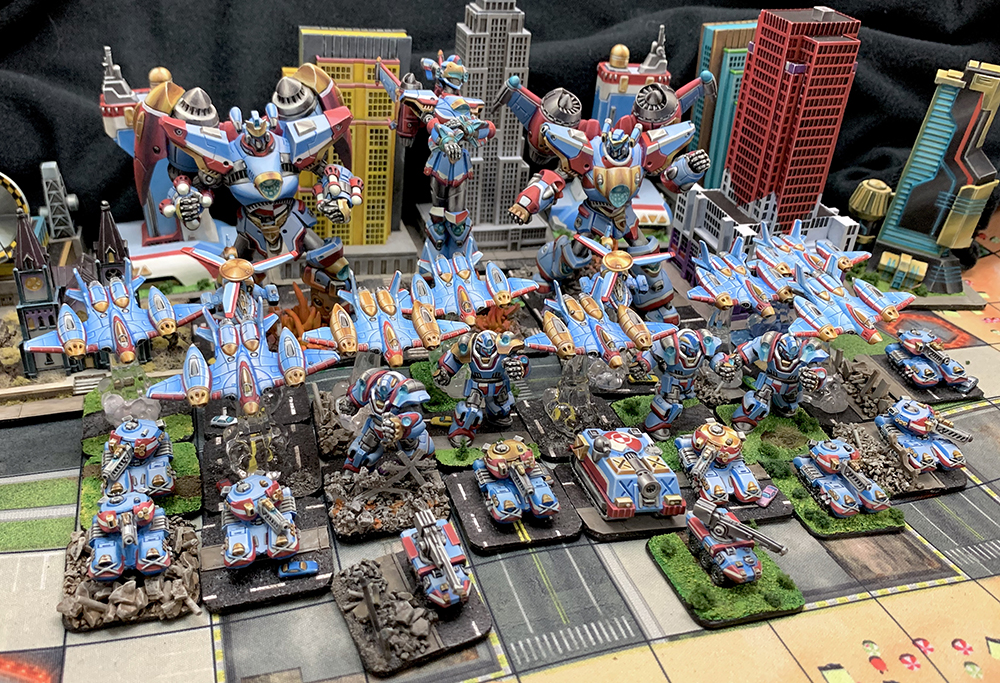 G.U.A.R.D is an international organization. While many readers may associate a red white and blue scheme with one particular nation, those colors are actually used on dozens of flags worldwide. And it just looks really snappy on these giant robots. This is Defender X from the Protectors starter, so it’s the first monster a lot of people will paint and play with.

Sky Sentinel is an older design than Defender X, and you can see it in those giant turbines that carry it across the map.

Nova ESR’s smaller frame is built for speed and maneuverability.

The G-tanks are the starter unit packed with Defender X. I can’t see myself ever really using all 8 of these (outside of possibly a faction only game), but I saw a good deal on a second pack of them and decided to paint them up since I love the models.

Repair vehicles don’t look quite as snazzy but are pretty much indispensable for Protectors players.

Unlike the tanks, I can totally see myself fielding all 8 of these with Sky Sentinel. And they’re also great-looking models.

Rocket Choppers are always useful and even more so with Sky Sentinel.

Exo-Armors are great at holding buildings. And perfectly capable of punching other units.

Here have the MR tank – Mr. Tank if you will. I would love another one of these. I’m hoping the Privateer Press store will go back to selling single models again soon because I’d prefer not to buy another whole pack of Exo-Armors to get it. Although maybe having four more of those wouldn’t be so bad. 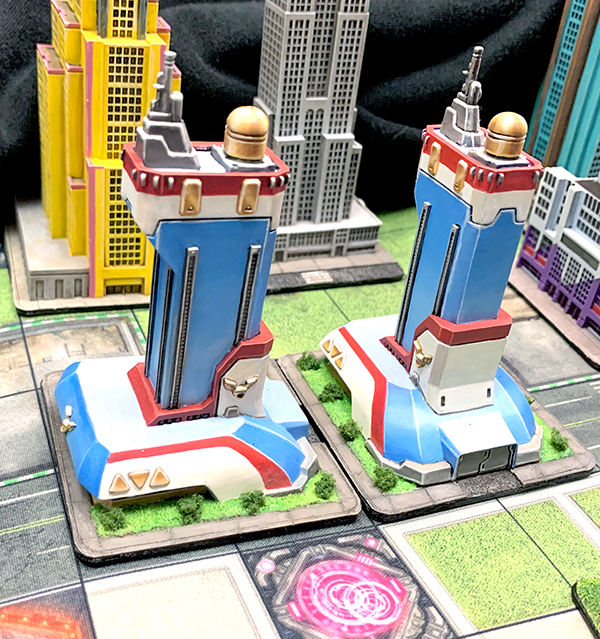 Last of all we have the G.U.A.R.D. Defense base. The Defense Base has such a great ability I thought I would take two of them, but now that I know the game a little better I’ve found it’s really not feasible. Still a cool-looking building though.

~Who else out there has been painting up Monsterpocalypse recently? What do you think of the G.U.A.R.D. faction?

Advertisement
I have a blog of my own at with a lot of helpful painting articles that don’t always make it to BoLS central. I don’t post as often as I used to because Facebook and Instagram block the links when I try to share them, so you can also follow me on Instagram!

Author: Ben Williams
Ben Willimans is a Professional Painter and Columnist at Bell of Lost Souls. He has been involved in the hobby and art side of miniatures and the tabletop gaming industry for over 20 years. He has won multiple national painting awards.
Advertisement
Hobby Miniatures Monsterpocalypse Painting Privateer Press
Advertisement

Minis Spotlight: Gotrek Has a Metal Band, Iron Rider, and Heroes for Hire