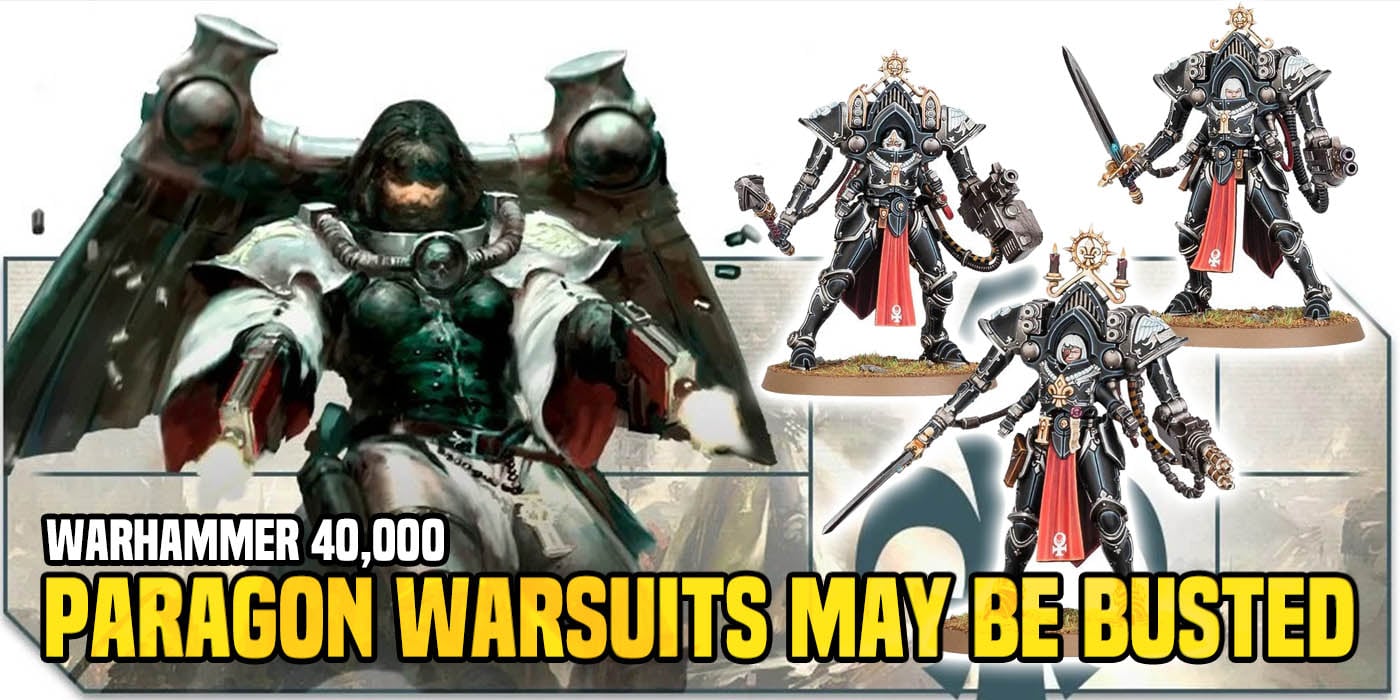 Get ready for two weeks of folks scratching their heads with the new Paragon Warsuits. These rules can’t be right, can they?

So there is a new Sisters of Battle Codex up for pre-order this weekend and while we’re still waiting on ours, the book has already been making the rounds. I’ll spare you the fuzzy screenshots and we’ll dive right into the “good” stuff for this unit – and why it has us scratching our heads already. 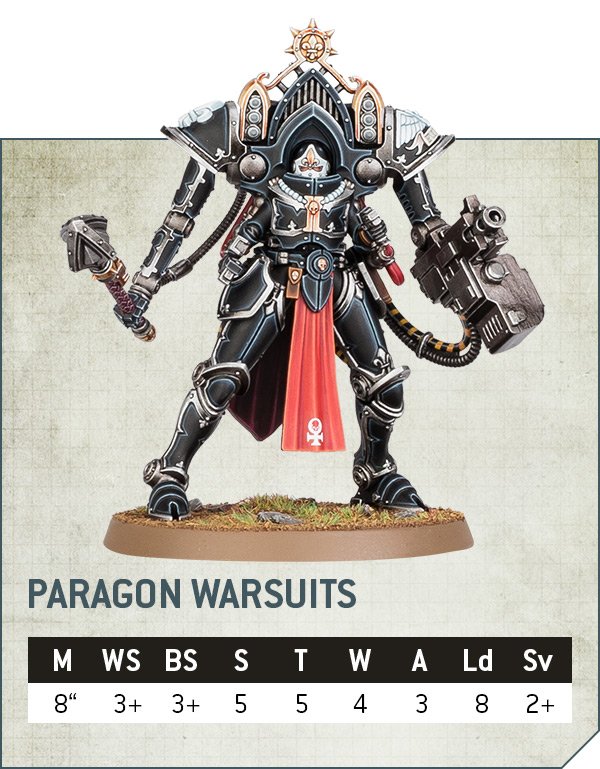 For starters the stat line is solid. This is a strong unit and it’s a good addition to the army. It’s a threat in both ranged and melee, it’s tough, has 4 wounds and a 2+ save. That’s enough to make a Space Marine Terminator a little jealous. The 8″ move is just icing on the cake. The weapons are what you’d expect as they have different options for melee and shooting – including the holy trinity of Bolter, Flamer, and Melta options. Their default load-out also includes 2 storm bolter each (which you can replace with grenade launchers if you want). They are going to be able to pump out a serious amount of firepower as a unit of 3. So what’s the hold up?

This was something that was called out by folks when the Warhammer Community first previewed their rules. The Paragon Warsuit rule from above is unchanged in the codex. So read that again and let that sink in. -1 Damage from attacks. Period. That means if your firing anything with only 1 damage, these ladies are immune to those shots. Thousand Sons each your dusty hearts out. I mean they already had a 2+ save and toughness 5 which effectively made them a bad target for small arms fire but this has to be an oversight. We’re expecting these to get the “down to a minimum of 1” treatment when they get an FAQ two weeks after the book officially comes out. 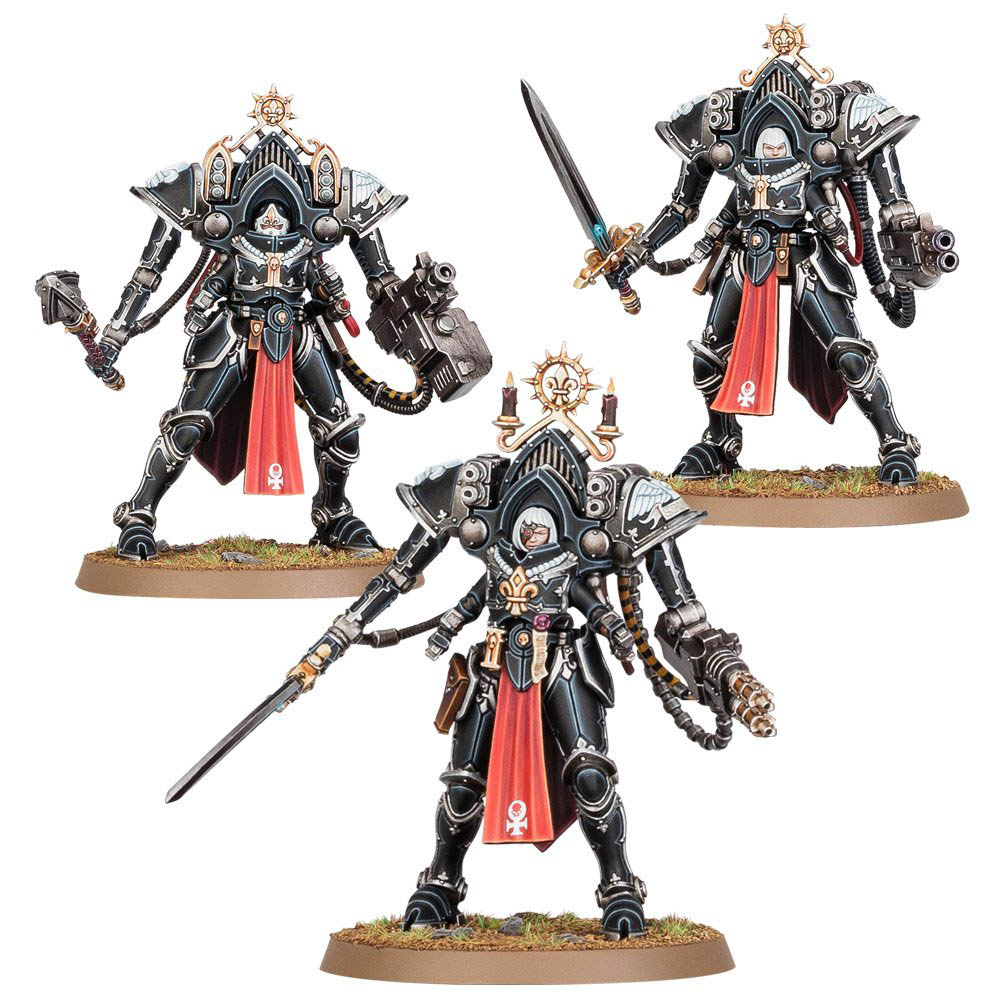 The OTHER issue is their points cost. This unit comes in at 3 models and 13 Power Level. What do you suppose that translates to in points cost? Well, according to the way it’s written (and we sincerely hope we’re wrong here) they cost 240 points…per model. Again, it’s a fixed unit of 3 so you can’t add more in a unit and you can’t take just one. So (again, if we’re reading this right) that means that a unit is… 720 points?! Suddenly that 13 Power Level is sounding too low.

Clearly this has to be a misprint. It’s probably a safe bet that a unit of Paragon Warsuits will clock in at 80 points per model for a total of 240 points (before upgrades). Then again, that whole -1 damage does make them literally immune to a ton of units in the game. I mean, how many points would you pay for a unit that would be practically immune to a Space Marine Assault Intercessor Squad (you know, before the one power weapon gets to attack)? 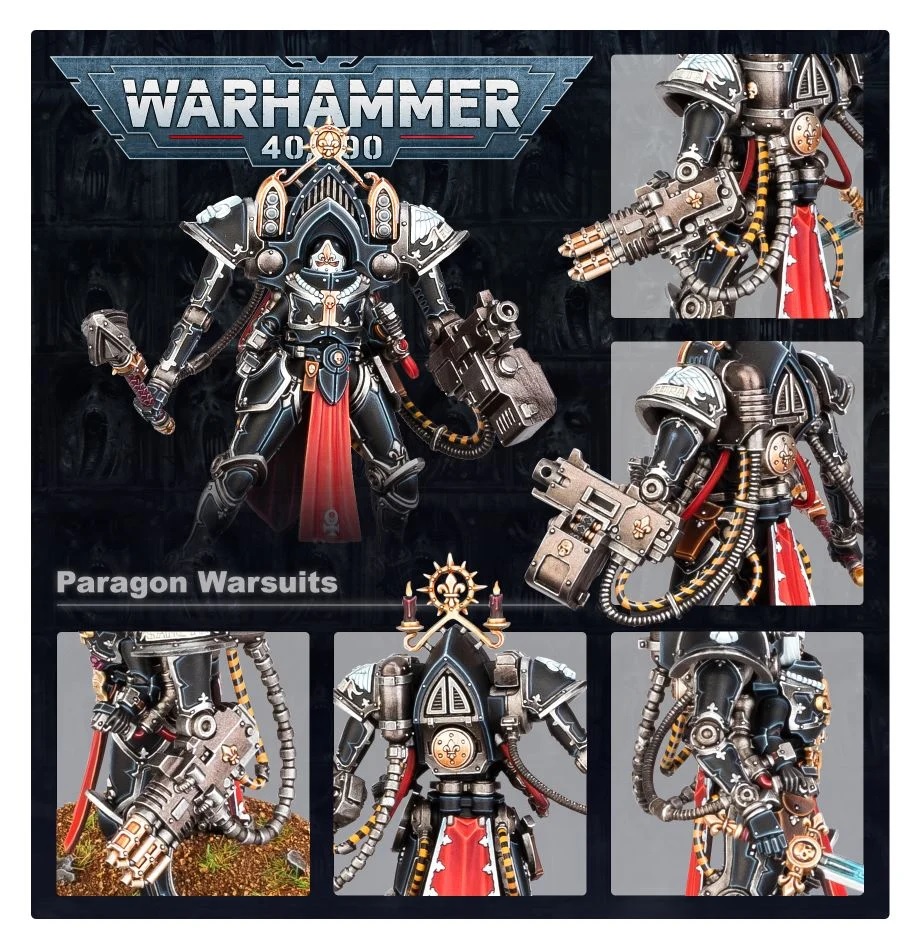 On the flip side, they only have a 2+ save and no built in invulnerable save. So anti-tank weapons are going to be a problem for this unit. They are also vehicles so any anti-vehicle stratagems are going to apply as well. Basically, the popular options that are good at doing multi-damage hits with high AP are STILL going to work on them. They have ways of getting some protection, but the unit size (and current points) are going to be a problem. Theoretically, if you end up taking 3×3 units of them or something like that, you could (maybe) overwhelm your opponent’s anti-tank options and actually get in there. And if you’re running the new Morvenn Vahl with them, she’s going to give you lots of support for them as well. But again, that’s not possible in a 2k game due to their current points cost (which we REALLY hope we have wrong here). 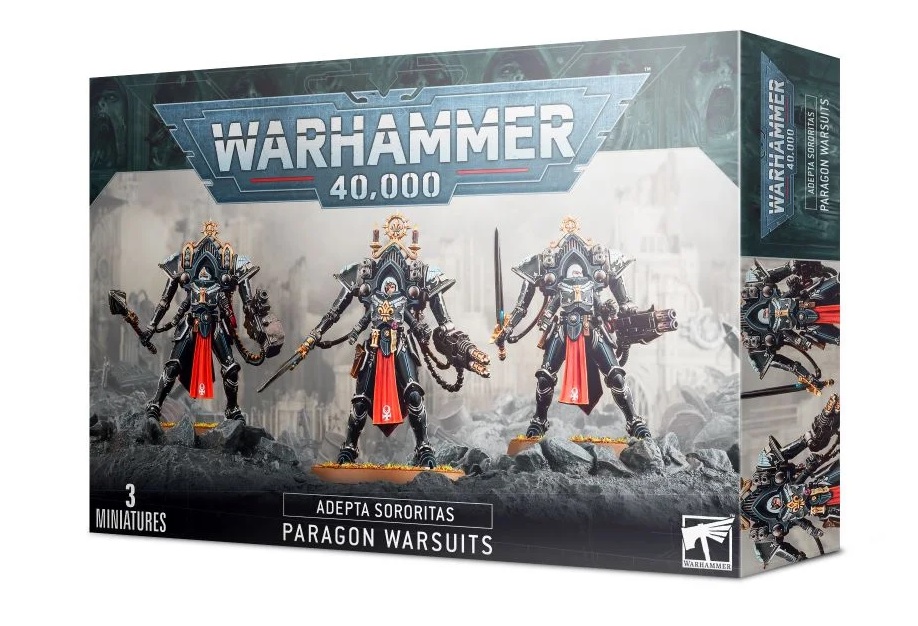 The Paragon Warsuits are going up for Pre-Order this weekend. And yes, we have questions.

Note: We’ll update the points per model if we are reading that wrong – but the Paragon Warsuit rule still needs an FAQ.

Update: We can confirm the Per Model price is 240. This is clearly a misprint. 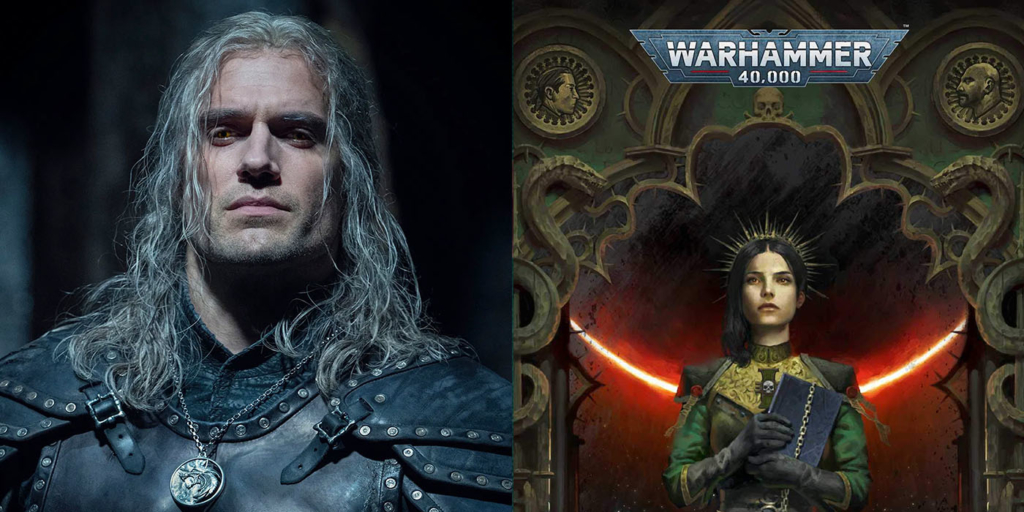