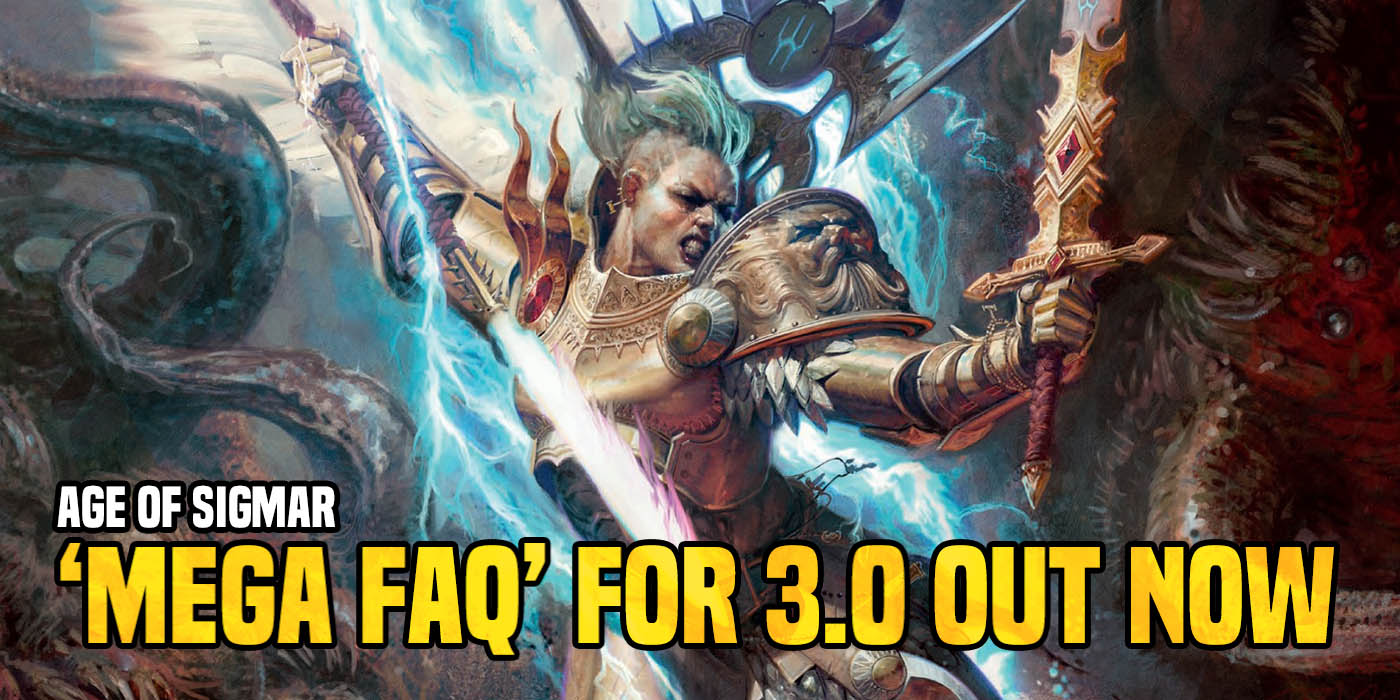 Games Workshop has released all the new FAQs for Age of Sigmar 3.0. Get ready for a whole bunch of tweaks and changes.

In preperation for the new edition of Age of Sigmar, Games Workshop has released new FAQs for every army in the game so everyone will be ready to go day 1.

GW did have a few words as well about the new FAQs:

“Greetings from the Mortal Realms,

With the new edition of Warhammer Age of Sigmar arriving tomorrow, we wanted to let everyone know what they can expect from the accompanying designers’ commentaries and errata mentioned here.

Throughout the development of the new edition, we were well aware of the impact that many of the new mechanics and features would have on existing battletomes. We tried to cover as many rules as possible in the Core Book to account for these changes, but many had to be looked at on an individual basis.

These documents are designed to ensure that every faction works as intended alongside the new edition and to bring existing commentaries and errata in line with the rules found in the Core Book.

In some cases, rules have been deleted as they are no longer required, but if a rule has been removed, it’s because it has been addressed in the core rules. The commentaries in these documents also include new entries to answer some of the common questions that will arise from these changes.”

The note goes on to say that moving forward there won’t be two separate documents for the Designer’s Commentary/Errata. They have been merged into a single document. Also, if you’re faction uses faction terrain, endless spells, and invocations (pretty much anything with a warscroll besides units) those have been re-issued in the FAQ and you should use those moving forward. 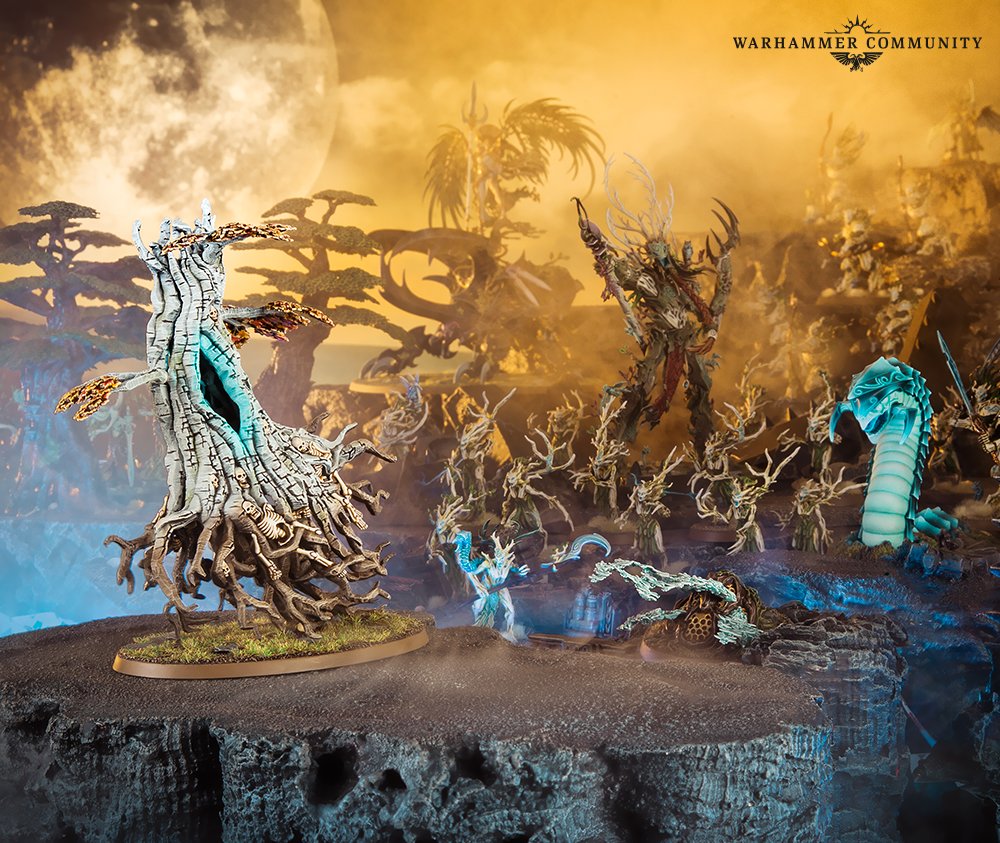 After you get a chance to digest your army rules, if you have any feedback you can send it directly to GW here: [email protected]

They are looking for any feedback you have, be it points, rules, observations from your local group, or even battle reports for even more understanding about the overall experience. Personally, I’m kind of curious about that last one.

So what changed? Every army got tagged with changes and there are too many to list here. We’ll be covering some specific ones later but in the meantime, if you are currently playing or looking to jump into the new edition, you’re going to want to take a hard look at the FAQ. Between the Points Increases from the GHB 2021 and the FAQ changes, everyone is forced to make adjustments. 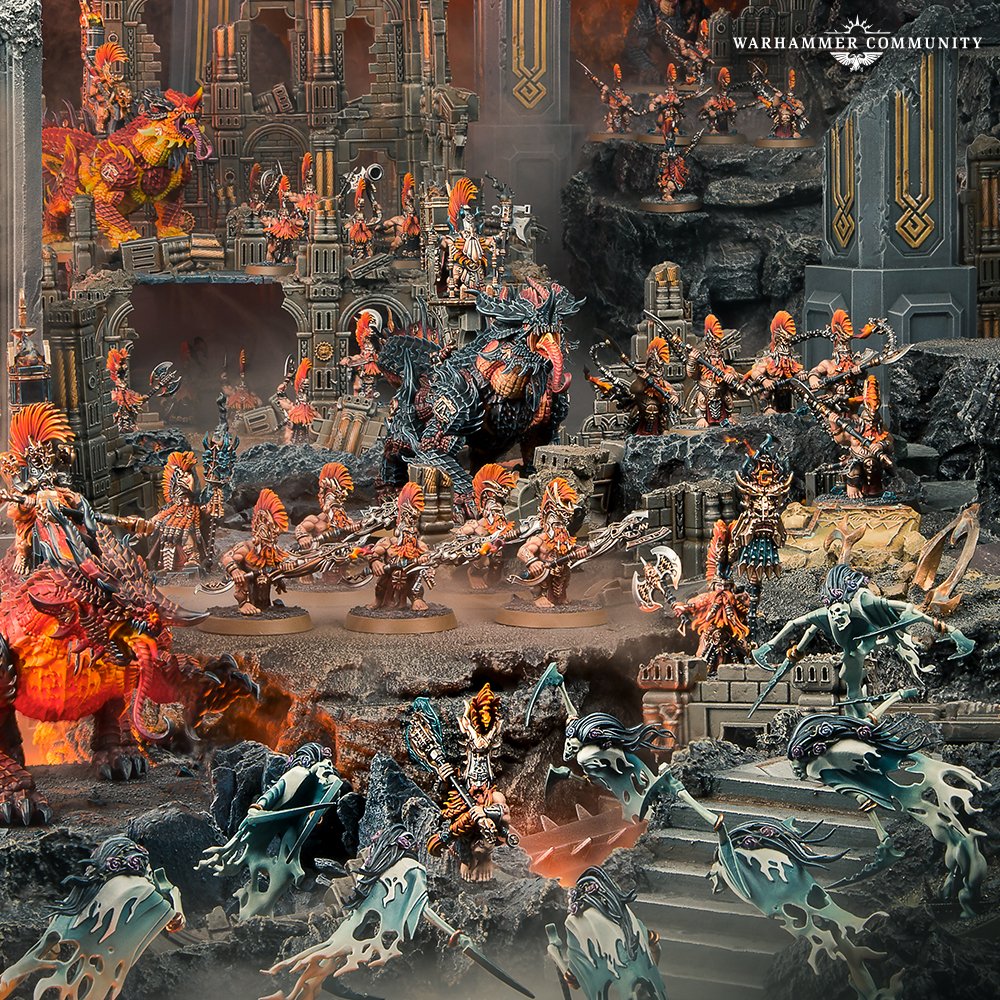 One other note, Games Workshop will be hosting a Launch Day Celebration on the Warhammer Community site. They are planning to kick things off at 5pm BST/12pm EDT. Apparently there will be some more reveals as well – so be sure to tune in (or at least check their site). 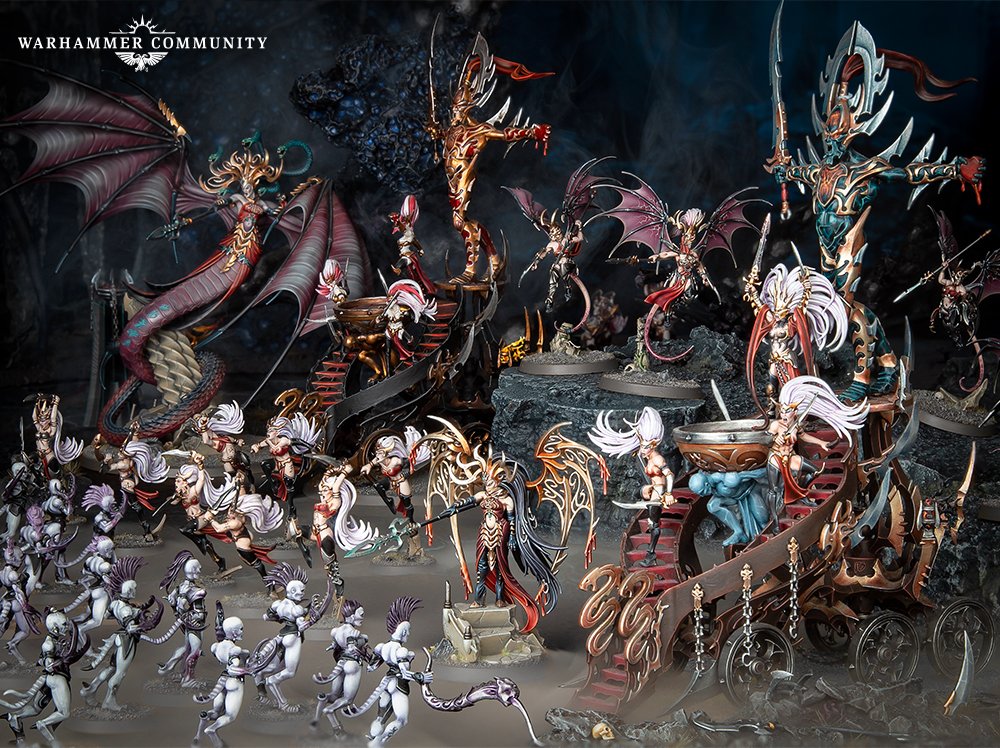 Hey, on the brightside, the FAQs are out BEFORE the new edition. It’s not a Day 1 FAQ…it’s a Day -1 FAQ! 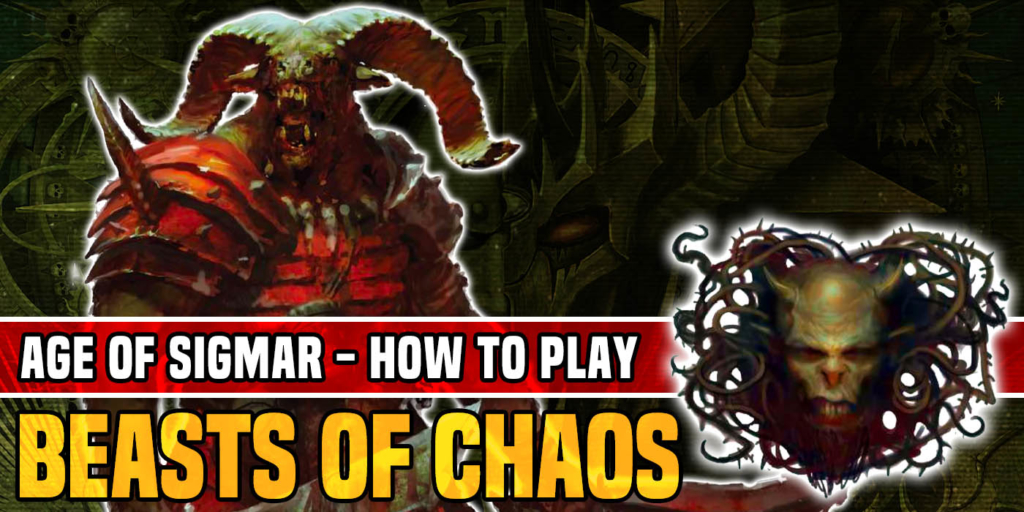