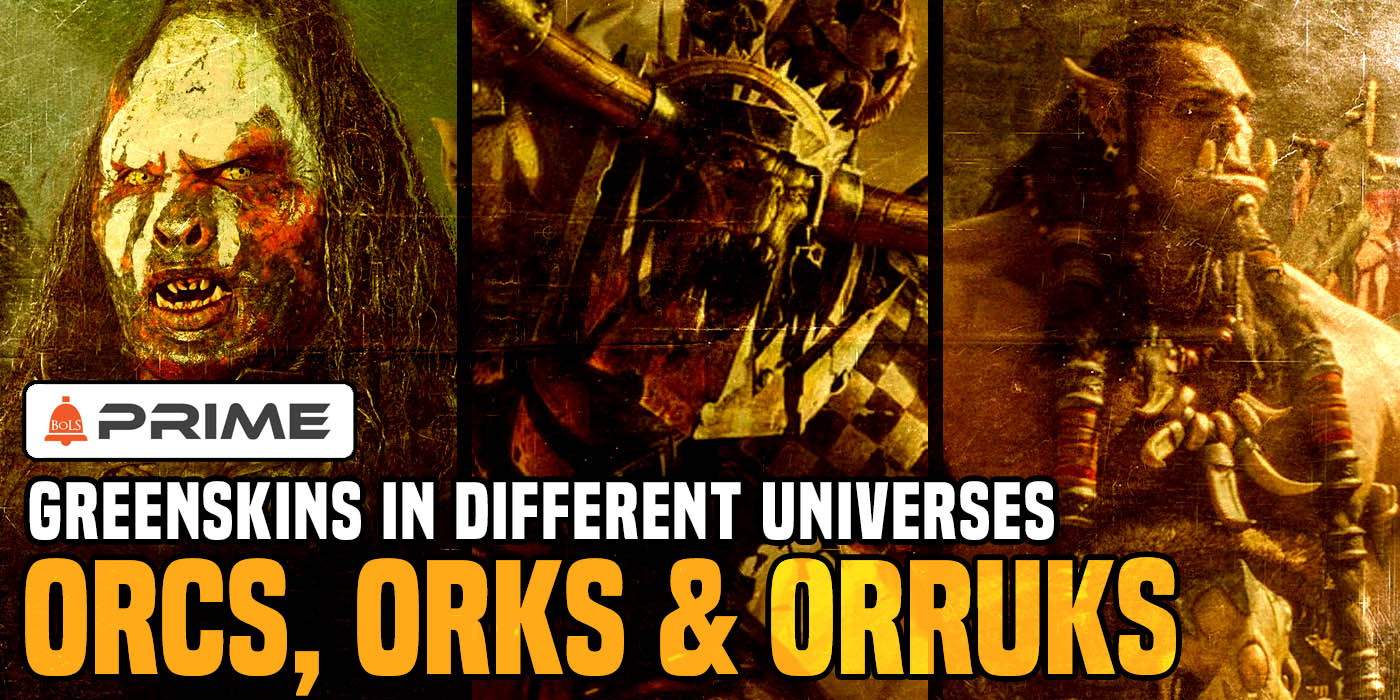 From Fungus to Warlock, Greenskins have existed in universes all across the fantasy spectrum.

This weekend, Warhammer's Beast Snaggas Orks will be unleashed on the 41st millennium and, alongside the Kruleboyz Orruks of the Realms, will usher in a brand new age of green supremacy on the tabletop. I love that both the swampy Orruks and the feral Orks are coming out simultaneously, as they both represent a pull away from what we're used to with both of those armies (unless you were playing Snakebites, but even then, the Beast Snaggas go further). Of course, even with all those expectations, Orcs have never been a property exclusive to the Games Workshop line. Sure they share a few almost universal similarities, but from the Forgotten Realms to the lands of Azeroth, orcs exist, similar but also intrinsically unique.

Global Similarities
While all the orcs are unique in their own universe, there are a few things that most, if not all, of them have in common. Boar-like tusks, for example, can be seen in almost every type of Orc, and the belligerent nature of those creatures is often represented in the orc mentality. The idea of "might makes right" plays heavily into it, see...

Author: Clint Lienau
Originally from North Carolina, Clint comes to Austin as the latest in a long list of haunts of a wandering actor. An avid gamer, writer, actor, pyrotechnician, and general nerd, he writes two Age of Sigmar weekly articles for Bell of Lost Souls from a slightly less than meta angle, plus a weekly tournament roundup. When not busy being a clueless cowboy, Winterfell Bannermen, or whatever else acting life throws at him, he enjoys reading folklore from around the world, writing narratives for his Wargaming armies, or watching all the movies he can. Look for his storytelling podcast, By the Dancing Fire, or find him on Twitch at RedWendigo13.
Advertisement
Age of Sigmar BoLS Prime Lord of the Rings Subscription Video Games Warhammer 40k
Advertisement