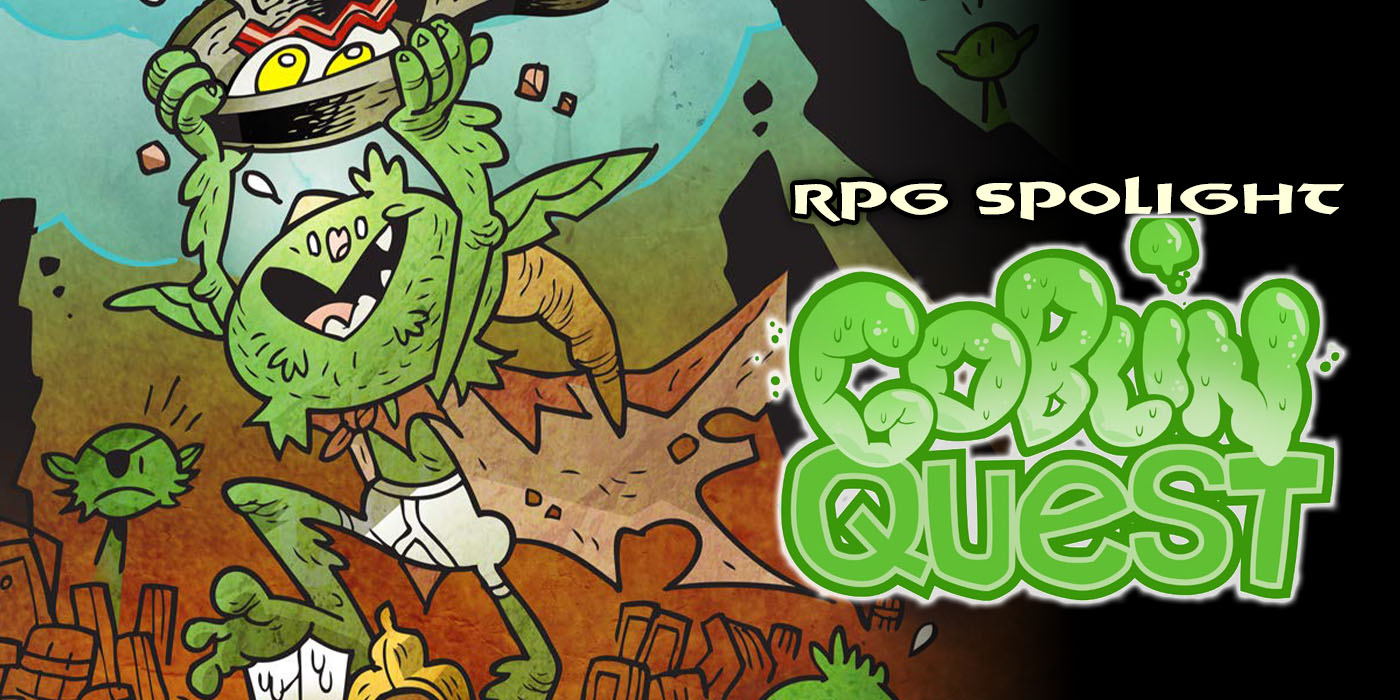 If you’re looking for an RPG that’s hilarious, rules light, and simple enough to start playing in less than five minutes, Goblin Quest is the game for you.

Some tabletop RPGs are made for long, serious, plot-driven stories full of character development and opportunities for a GM to flex their linear story telling muscles. Other games are made for silly one-shots where everyone’s character expects to die in Three Stooges style slapstick hilarity with enough time in the night for everyone to try it again. And after a mind blowingly successful Kickstarter campaign, Goblin Quest became another in the ever delightful second category of tabletop role playing games. 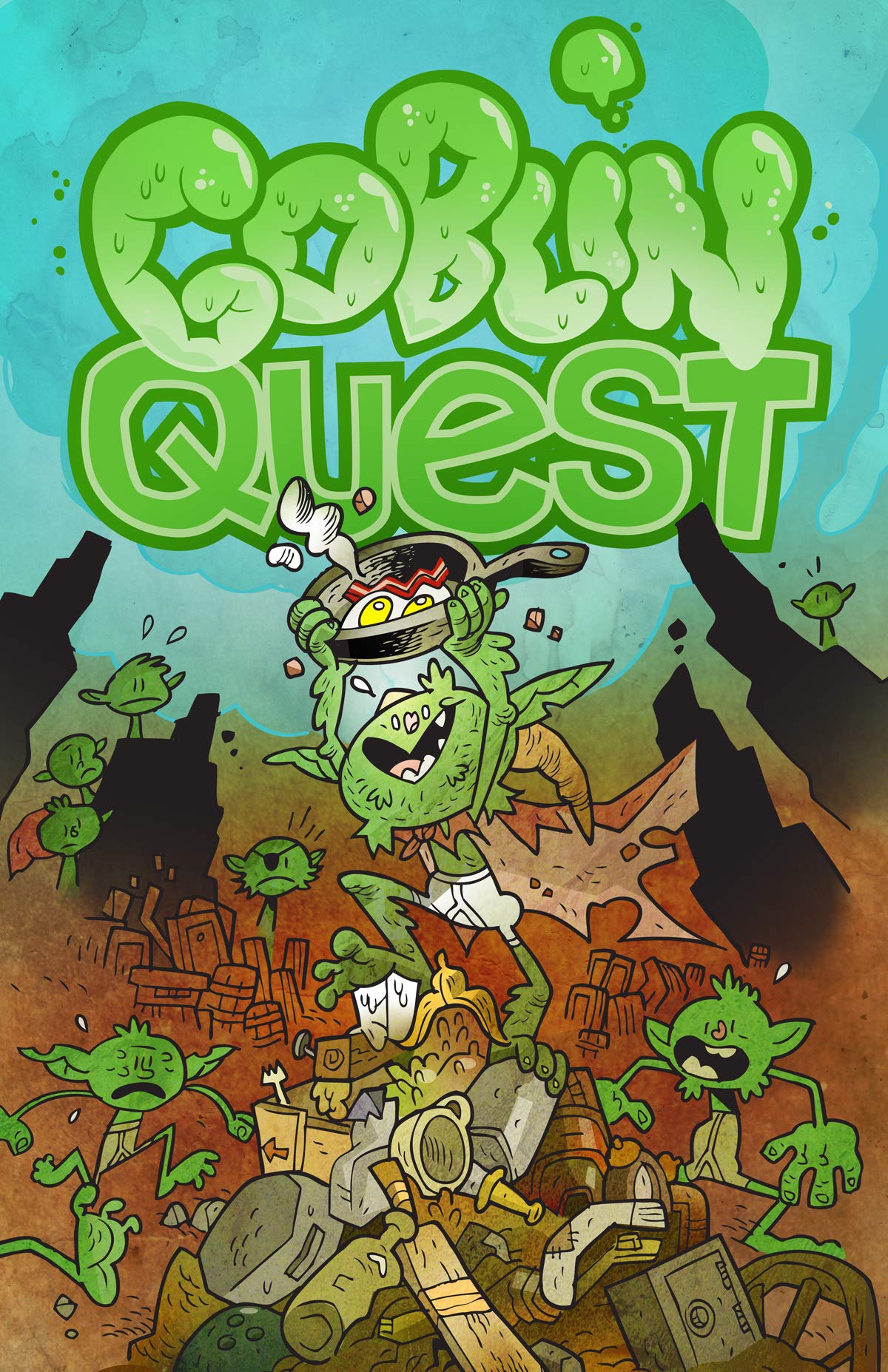 The first thing I noticed about Goblin Quest is how much it reminds me of Kobolds Ate My Baby. Which I want to make very clear, is a good thing. Kobolds Ate My Baby has been a long time favorite game of mine., so other games that feel just as fun and ridiculous on their face are always going to be winners in my book. The premise is easy enough, you and all of your friends are Goblins living in a Goblin camp with a life expectancy of something like a week. A good portion of your Goblin life probably revolves around causing general mischief, but sometimes you and your Goblin friends need to take on very special (or very mundane) quests, and that’s where the game’s sweet spot lays. You see, Goblins aren’t terribly good at many things, in fact, they’re generally tragically and fatally inept at most things.

Character creation is fast and straight forward, taking about as much time to flesh out what your Goblin is kind-of-good and very-bat at and drawing in generally what they look like. In fact, the drawing portion of character creation will almost definitely take you the majority of the time you’ll need to make your Goblin no matter how much you phone your drawing in. It’s a fast process. From there the group decides what sort of quest you want to go on, and head out. And if your group isn’t feeling particularly creative or agreeing, the book has the following settings: 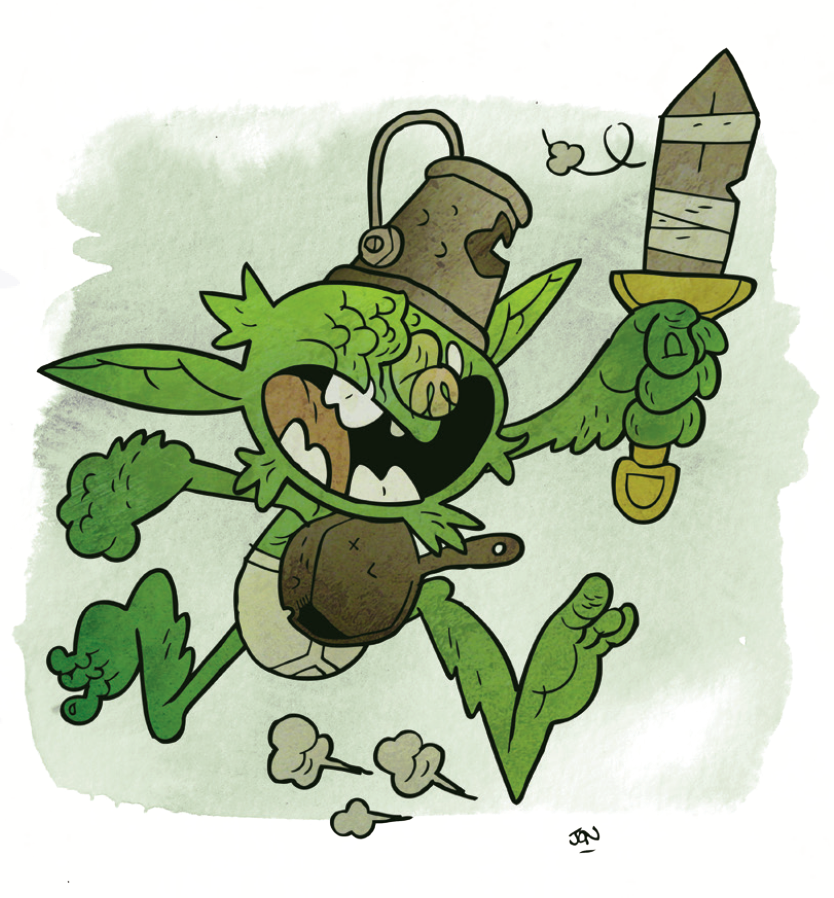 Mechanics are almost as simple as character creation and involves just a few d6s. You roll a d6 to take an action and add a second d6 if your Goblin has any relevant tools, skills, or traits. 1 and 2 are failures, 5 and 6 are successes, and 3 and 4s will give you a -1 or +1 to the next roll respectively. There isn’t a GM, so progressing the quest forward is creative and cooperative by nature. Also, Goblins are weak and only have this game’s equivalent of two hit points, so it is likely that your character will trip over their own feet and die or even succeed at a roll and get terribly injured or slap-sticked to death and your party will get to roleplay out how this happens. 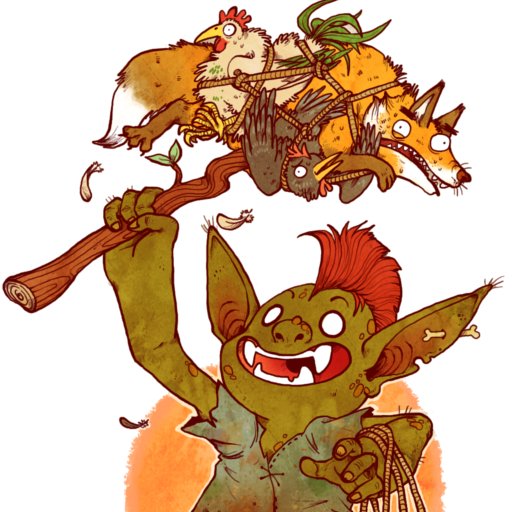 If you’d like to check out Goblin Quest for yourself, you can find more information on the official website, here.

Have you played Goblin Quest? What is your favorite kind of Goblin to make? Has your Goblin ever met their end in an especially memorable or hilarious way? Let us know in the comments! 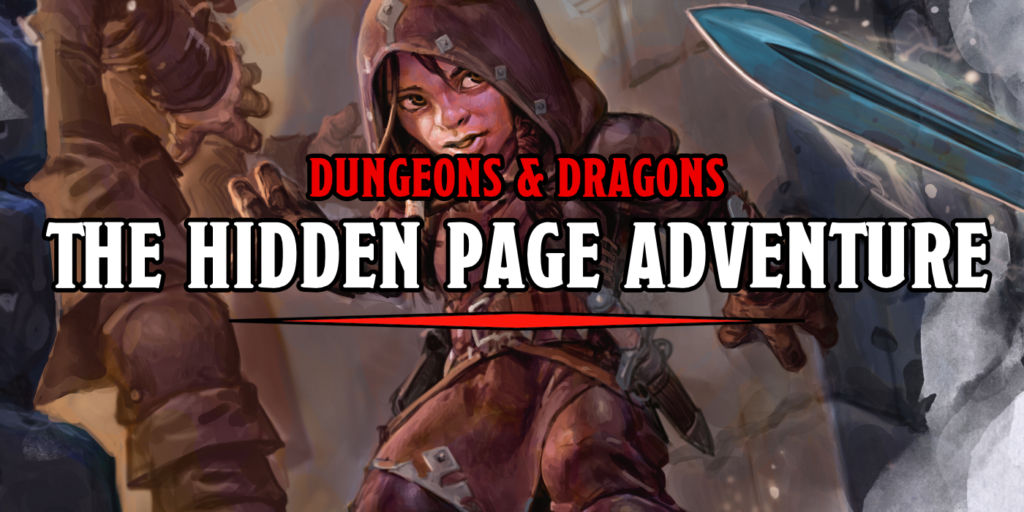