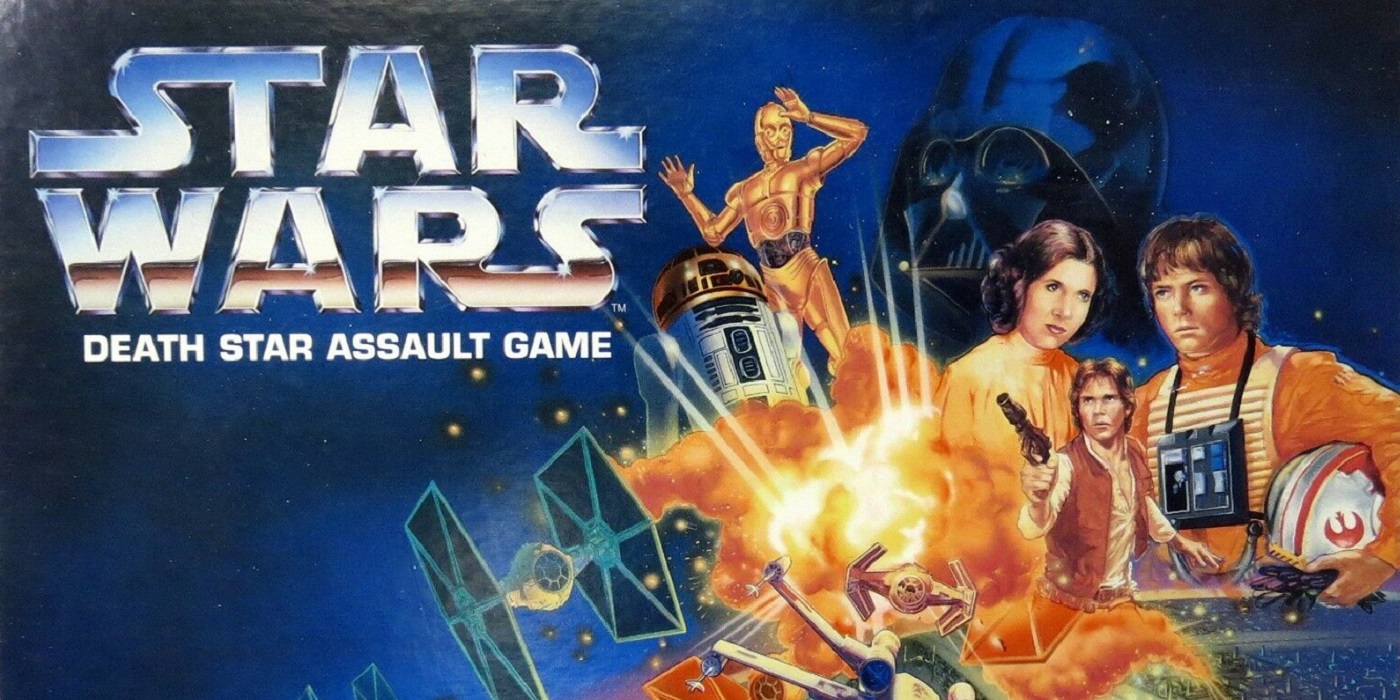 The only Star Wars game that lets you Pew! Pew! Pew! your X-Wing like you’ve secretly always wanted to.

Star Wars: Death Star Assault Game is a competitive roll-to-move and dexterity game. Technically, the objective of each player is to move to the docking bay of the Death Star and then shoot Darth Vader out of his TIE Fighter and into space, saving Princess Leia. But this game definitely falls into the same group as games like Mouse Trap, where there are rules, but I have to imagine everyone who played this spent the whole time just using it as a toy. 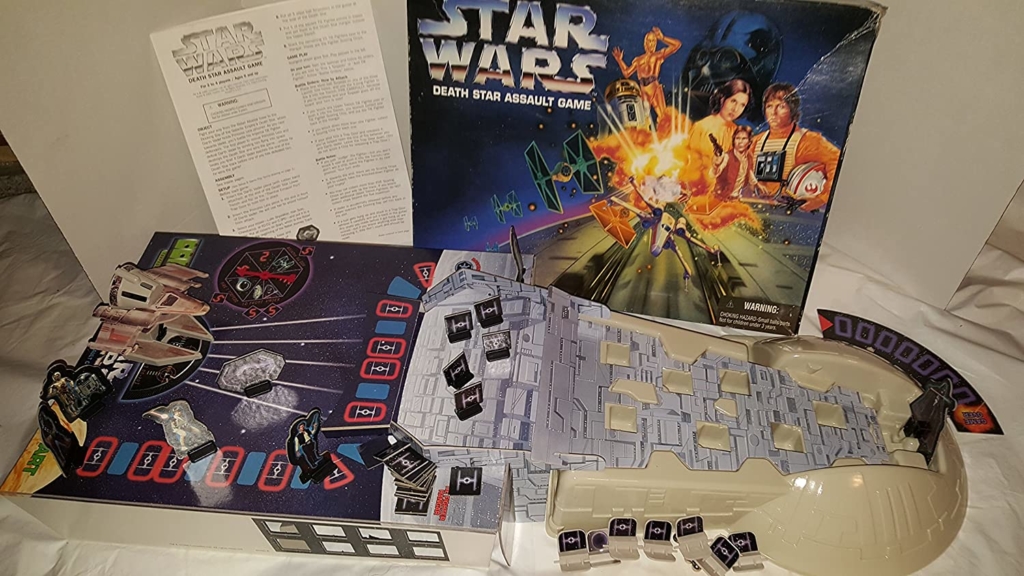 Released in 1995 by Parker Brothers, the game is basically Vader Bowling. During each player’s turn, they spin and either move their character forward, or shoot at the TIE Fighters. The player loads a little ball into the X-Wing and aims and fires at the TIE Fighters. Hitting one causes it to flip down, opening a more clear shot at Vader, which can’t be done until later. Also, each ship destroyed, the player collects a token. 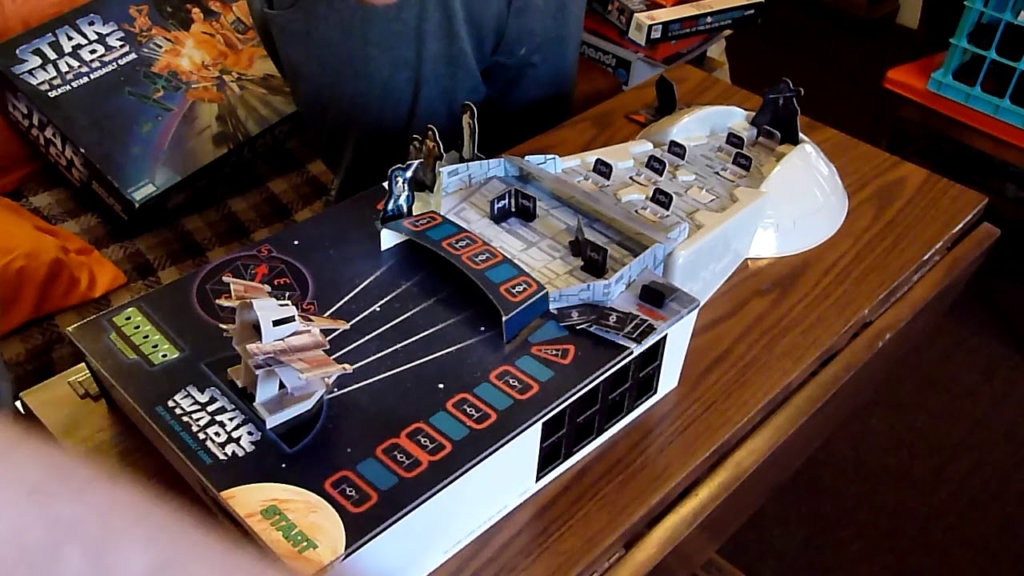 However, occasionally the spinner will have Darth Vader make a move. If he reaches the end of his path before any of the players are able to shoot him down, both players lose and he wins! 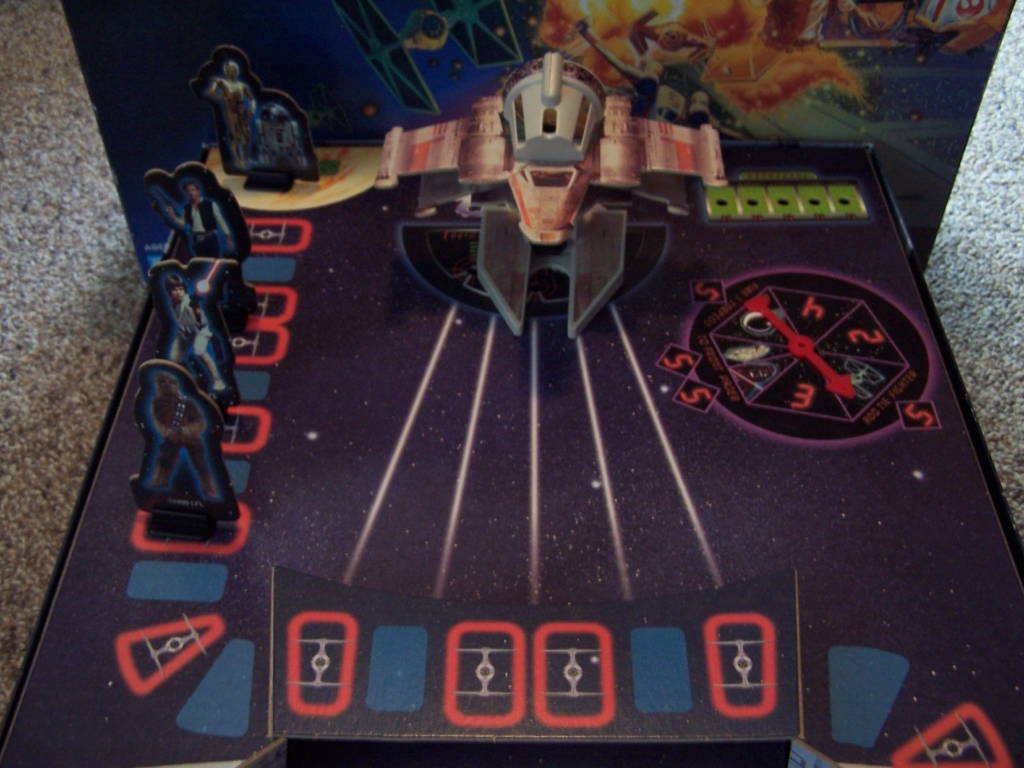 Overall, Death Star Assault Game is like Mouse Trap, more a novelty than an exciting game. It does actually have some decent mechanics, in how the TIE Fighters flip down when hit and how the Leia token blocks Vader until she can be moved at the end.

But like many other Star Wars games, it looks great set up in a game room. Plus, who doesn’t love shooting little pellets out of a toy star fighter?

Author: Matt Sall
Matt has loved games of all kinds his whole life: board, video, war, roleplaying. He's worked as a writer for BoLS since 2017. He's worked as freelance editor for board game rulebooks and has designed many of his own games as well.
Advertisement
Board Games Retro Games Rules Star Wars Tabletop News
Advertisement 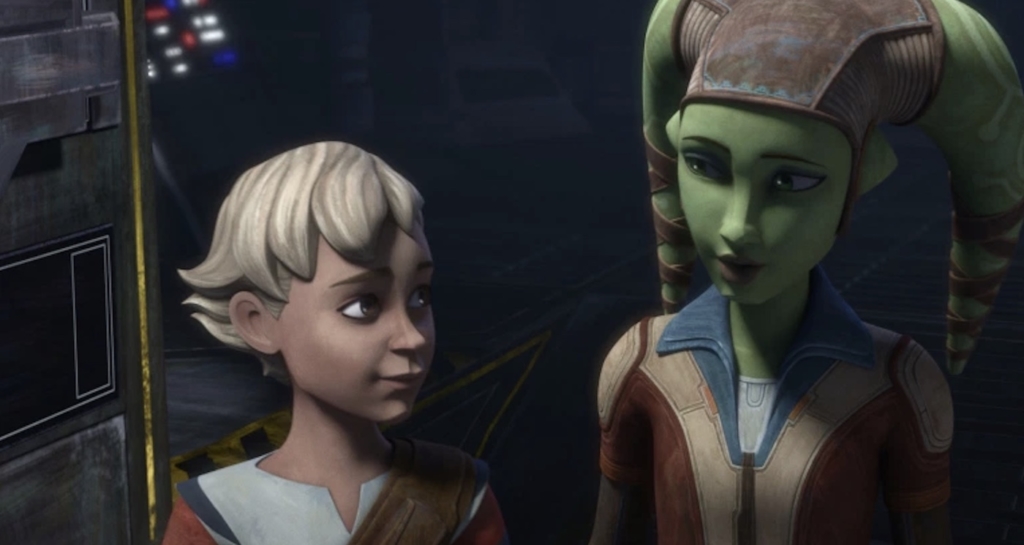