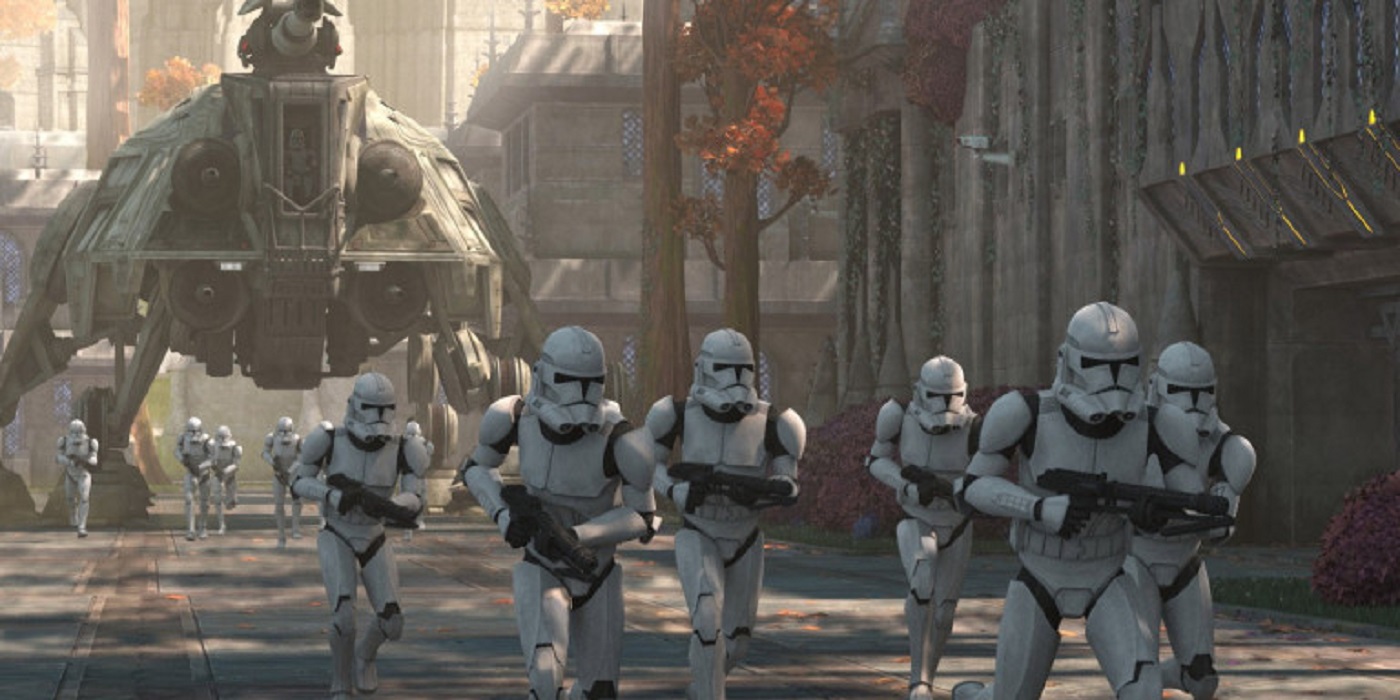 This week The Bad Batch meets new characters you may find familiar and Omega discovers a game we’ve all known and loved for years.

Raxus, Avi Singh, And The Separatists 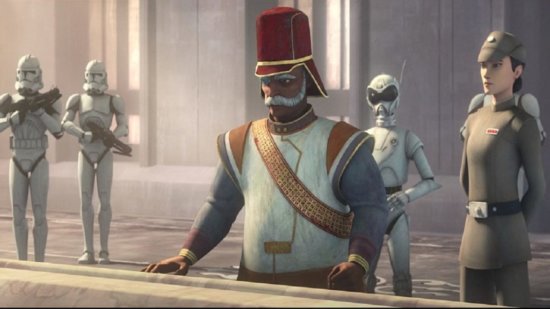 Episode ten finds Clone Force 99 on the planet of Raxus on a mission to free Separatist Senator, Avi Singh, from Imperial custody. And believe it or not there are a few Easter Eggs to unpack just there. Raxus named for Raxus Prime, a planet some may remember from the Legends canon. In Legends it was a junkyard planet that made appearances in The Clone Wars and The Force Unleashed video games as well as the Boba Fett novel The Fight To Survive, and obviously this incarnation of Raxus is a more populous and important planet with cities and at least one Senator, as well as acting as the Separatist Capital. In the current canon, Raxus was established in The Clone Wars as a place Padme’s coworker, mentor, and friend, Mina Bonteri worked.

The rescue of a Separatist Senator specifically was an interesting choice for this episode; they were the enemy for clones and The Bad Batch until very recently. This leads to some complex feelings for the characters, but especially Echo who is as much cyborg as he is due to an extended stay as a prisoner to The Separatists. He seems to shake off any overt feelings quickly, but it’s clear this is one of those jobs he’s taking for the team and would likely have preferred to stayed back with Omega.

Senator Avi Singh is a brand new character, but you may have recognized his voice as voice actor Alexander Siddig is also known for Dr. Julian Bashir on Star Trek: Deep Space Nine and Doran Martell on Game of Thrones. 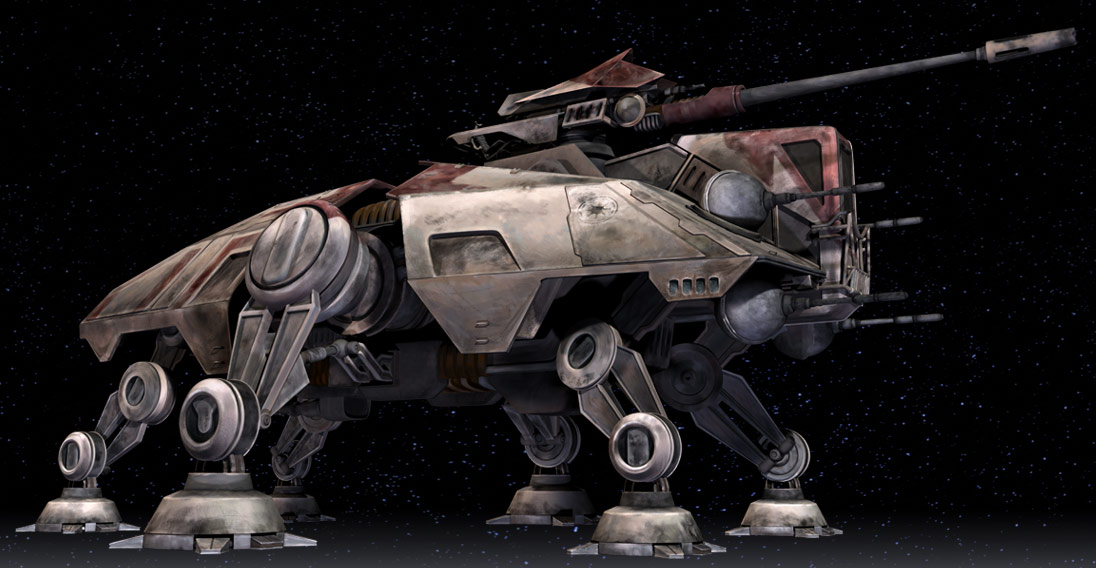 The smaller and more mobile cousin of the famous AT-AT walkers are seen a few times in this episode. While the larger walkers were more strategic in The Empire Strikes Back, AT-TEs (or All Terrain Tactical Enforcers) appeared in this episode of The Bad Batch as well as throughout The Clone Wars. Likely because of their more maneuverable nature through city streets as well as the mass-driver cannon. 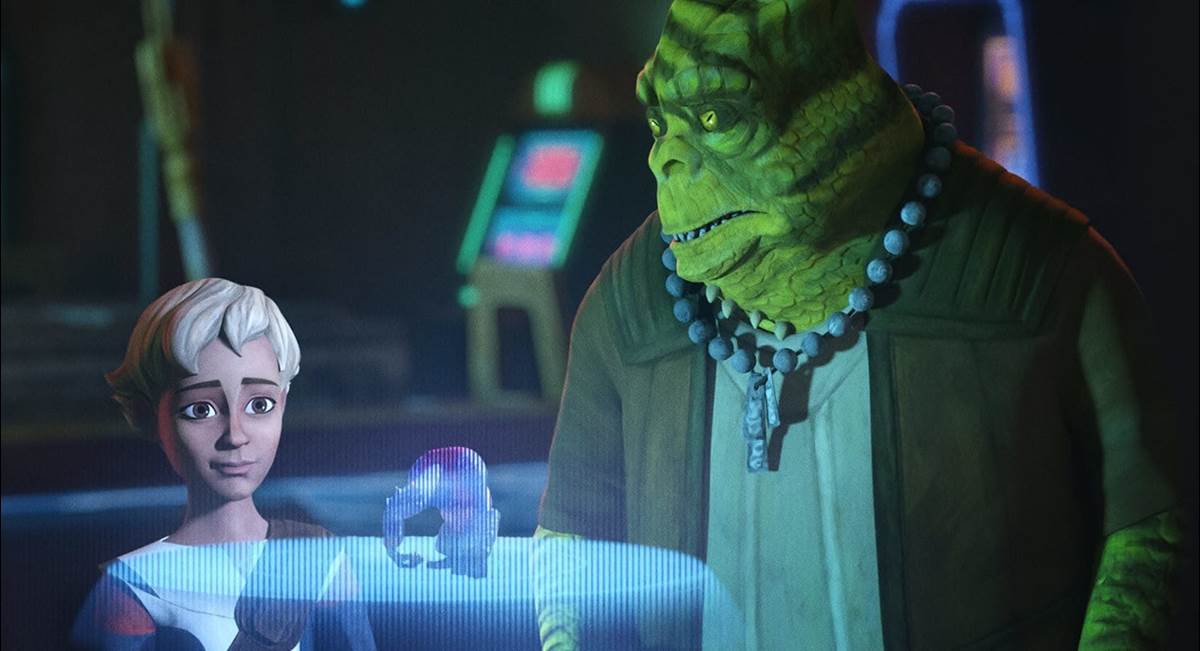 The holographic space chess game from A New Hope has a name and it’s Dejarik. In this episode we, and Cid, learn that Omega is a natural at Dejarik and she helps Cid win enough competitive games to completely pay off Clone Force 99’s tab. Omega shrugs this skill off as being good at strategy, but she also has natural aim, intelligence beyond her years, and a way with many droids and animals, leaving us to question how Omega’s Jango Fett DNA was altered to make her as special as she is. Is this a force user’s intuition, or is she just an especially fast learner?

What Easter Eggs and references did you notice this week on The Bad Batch? Why do you think Omega has so many natural talents? Where do you think Clone Force 99 is headed next? Let us know in the comments!

These are the Original 'Star Wars' Droids You're Looking For 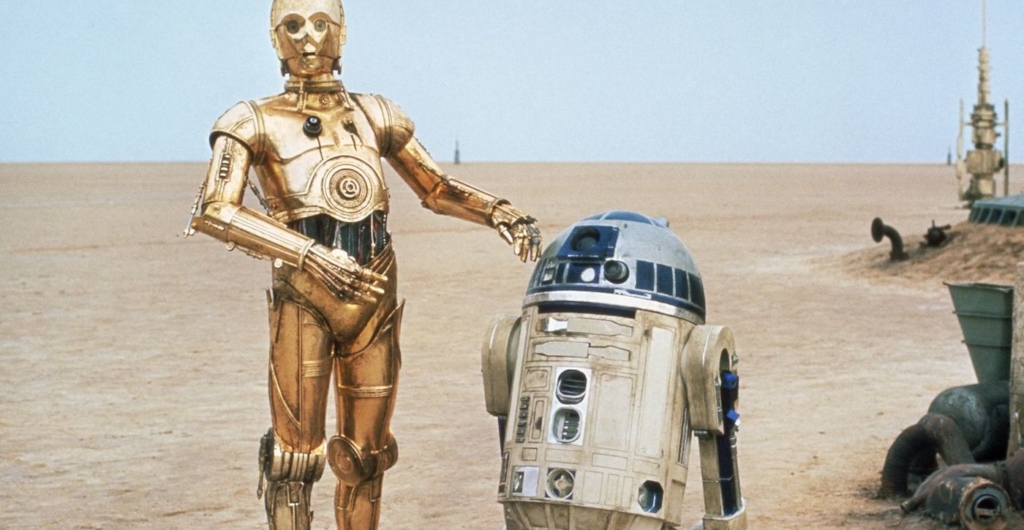