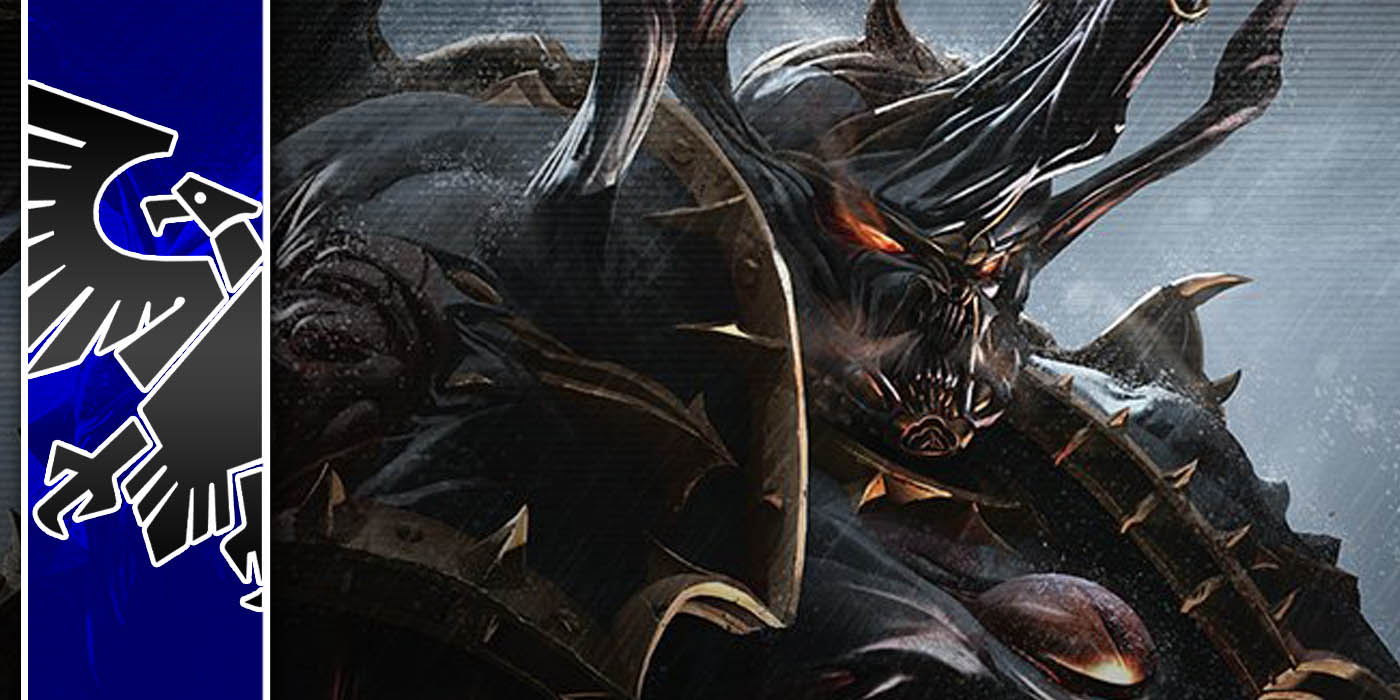 The new Book of Fire has some interesting implications for Chaos Space Marines.

In a recent preview, GW announced the CSM would be getting some updates in the new Book of Fire coming out soon. While at first, this seems like a good thing; updates are good no? On reflection, it’s a bit worrisome. Let’s take a look at what this means for the army and their books. 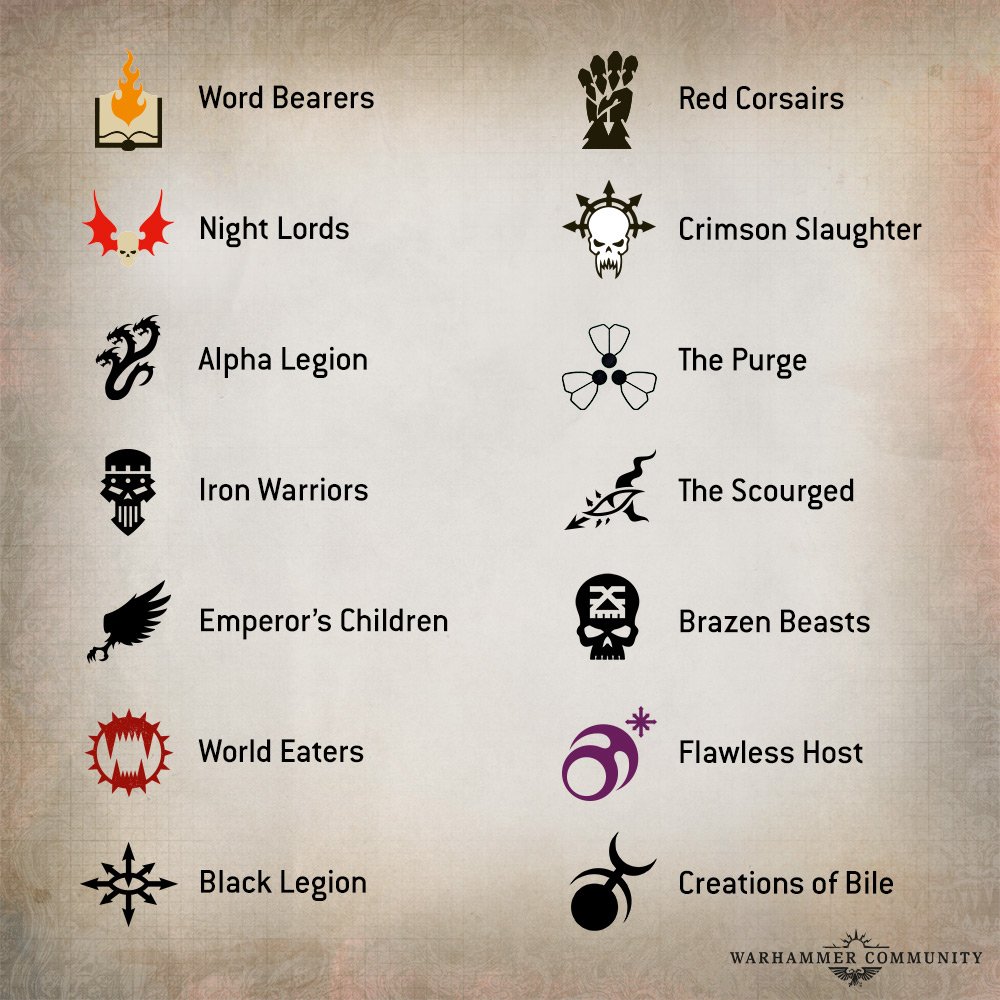 GW’s announcement stated that a bunch of already existing rules were being collated in one place in the Book of Fire. In addition to all being in one place, which is nice, they will be updated to the 9th Edition format and be updated to reflect any FAQs that have come out. What there does not seem to be here are any new rules. Indeed it’s not even clear if the rules are getting any real changes besides minor 9th Edition updates. This means if you are a long-term CSM player, you’ll need to buy this book, but really only get rules you already have.

Where Are The Rules Coming From 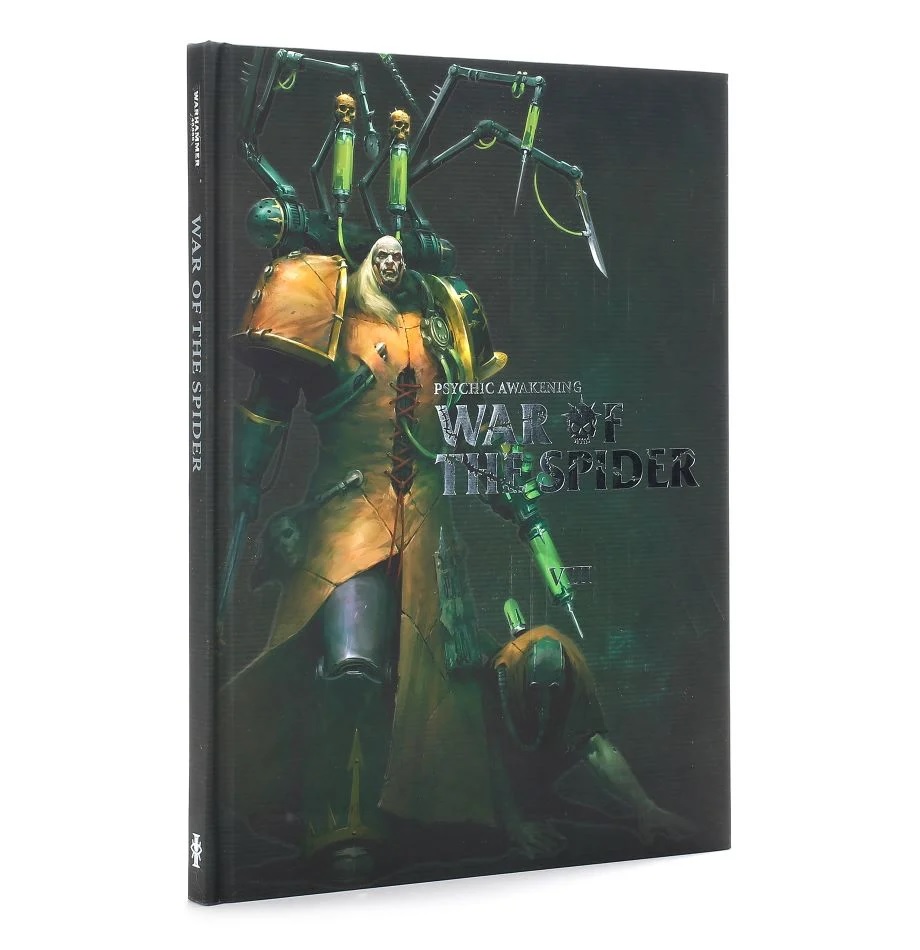 GW did not specifically say where these rules are being collected from, however, we can make an educated guess. Based on the list given it seems likely that they are rules coming from the Psychic Awakening and Vigilus books – both of which will now be completely obsolete. It’s not clear if any of the rules in CSM 2.0 will get moved over to this book. To me, this is mostly a good thing here. For a new player to have to go by obsolete books just to get a handful of CSM rules wasn’t optimal, and the books are hard to find anyway. However, if you already own those books, having to buy a replacement book is a bit of a bummer. 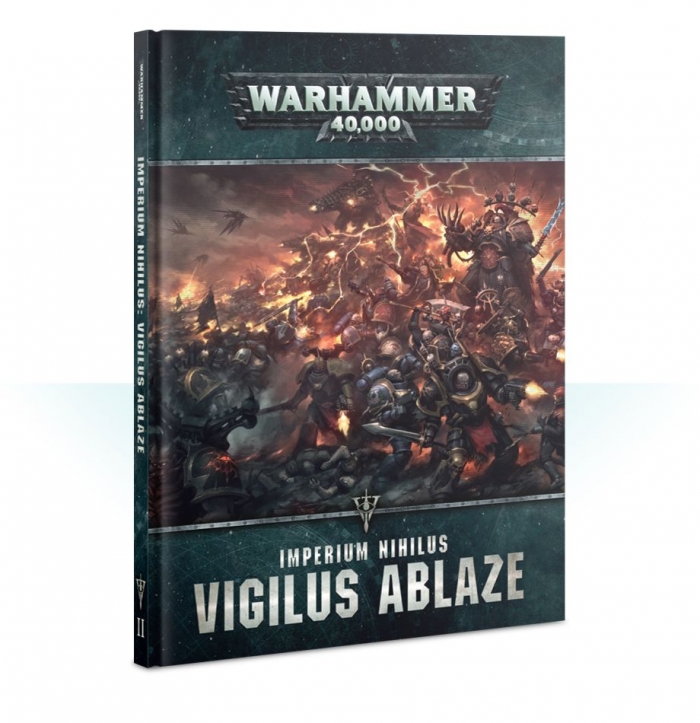 What really gets me about this whole thing is that we’ve already been here. When the CSM 2.0 book came out in 8th Edition many players were annoyed to find that key parts of the book seemed to have been cut out. Instead of being in the CSM book, thus making it a complete real book, parts had instead been placed into Vigilus Ablaze, thus making it a must-buy for CSM players and forcing them to purchase two books to play their army.  Effectively it was a Day One DLC for the army. While Marines got something sort of similar with their supplements, Vigilus differed from them by not being focused on the faction. Marines get a whole second book with tons of focused units, rules and fluff. CSM got some pages at the back of an unfocused book. 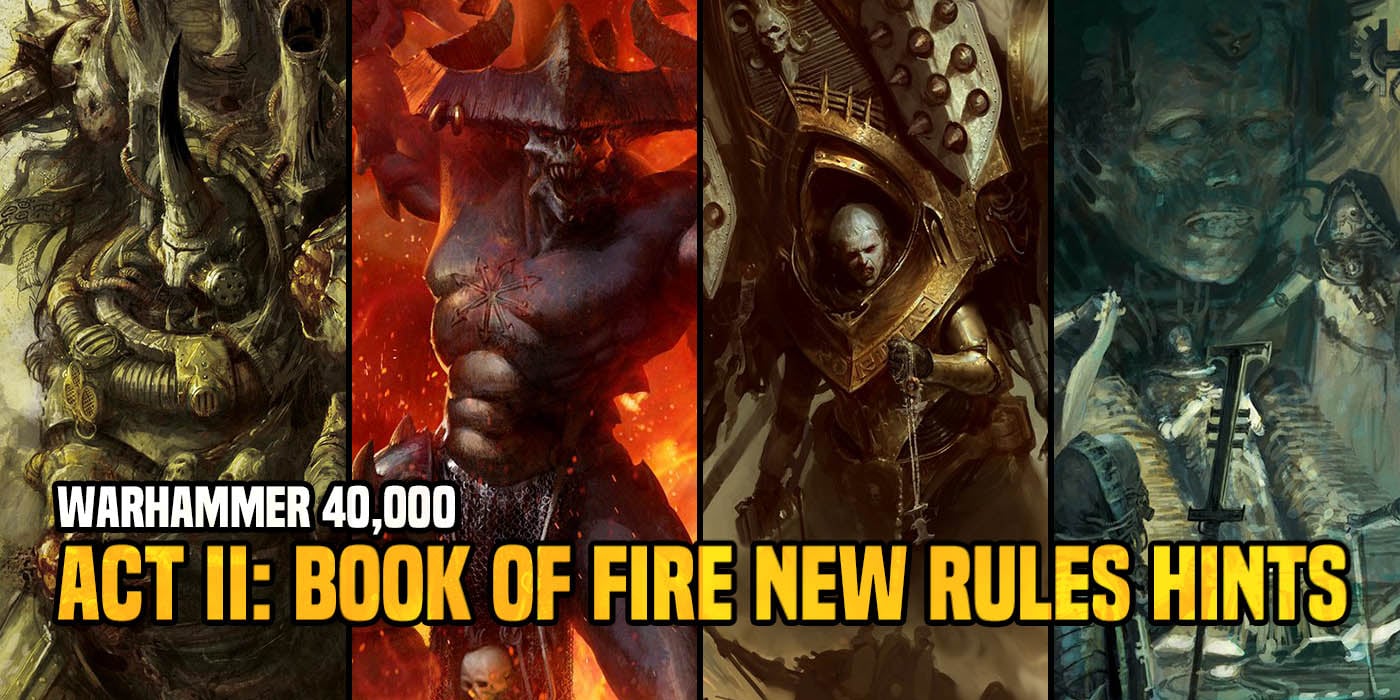 That kind of seems to be what is happening here to CSM… AGAIN. Once more they will be asked to buy a second book to get their full rules. This book won’t be focused on their faction, but will instead give you stuff for a lot of factions, but you’ll really need to get the DLC for your CSM book. It also leaves me wondering, when is a new CSM book coming out? And will it actually consolidate their rules?

Is the Book of Fire a sign  CSM won’t get a new book for a long time and this is to tide them over? Will a new CSM book come out fairly soon and contain all these rules, with updates, meaning players will have bought a book with a very limited lifespan? Or will the new book not have them, meaning that players will be forced to buy two books and use rules that are in effect still 8th Edition one? Other armies that have gotten new books have incorporated the best Vigilous and PA rules into their codex, making them need fewer books, but CSMs don’t seem to be going that direction. 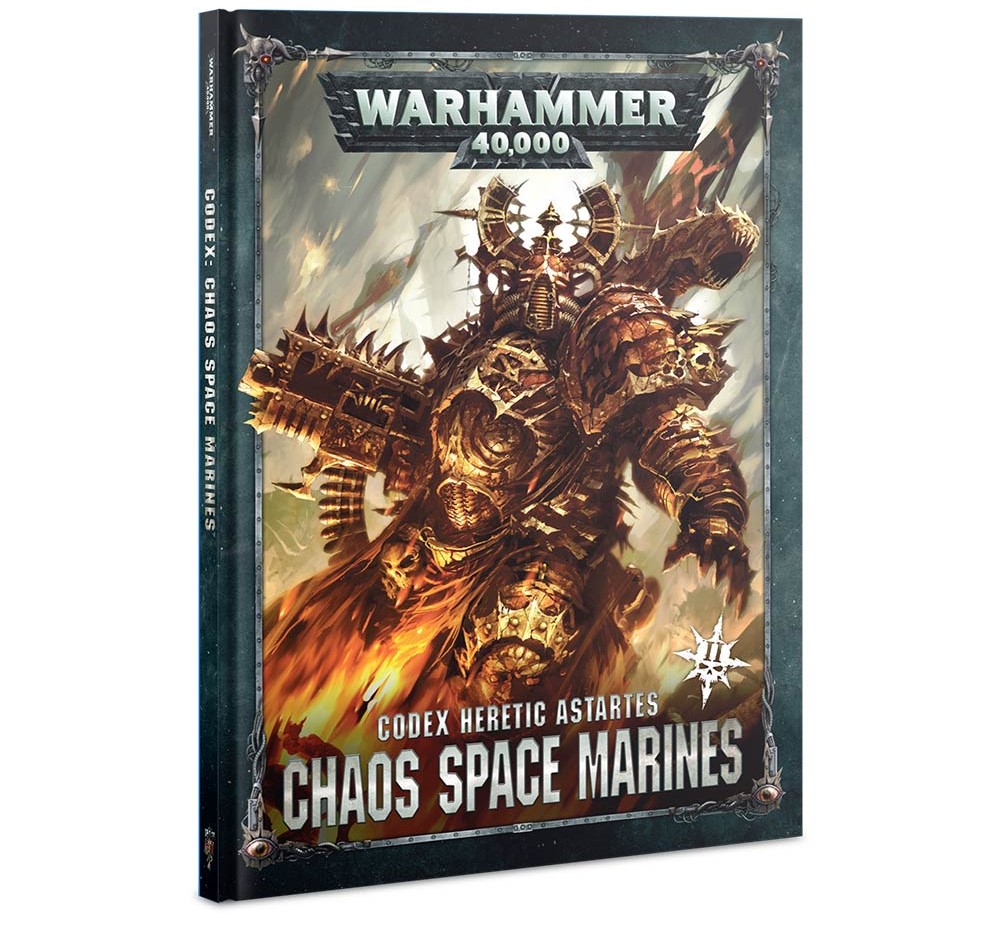 So I’m sorry CSMs, you don’t seem to be getting a real new book yet. Instead, you seem to once again be getting the short end of the stick.

Let us know how you feel about the CSM rules in Book of Fire, down in the comments!

Author: Abe Apfel
Abe is that rare thing, an Austin local born and raised here. Though he keeps on moving around, DC, Japan, ETC., he always seems to find his way back eventually. Abe has decades of experience with a wide range of tabletop and RPG games, from historicals, to Star Wars to D&D and 40K. He has been contributing to BOLS since almost the start, back when he worked at and then owned a local gaming store. He used to be big into the competitive Warhammer tournament scene but age has mellowed him and he now appreciates a good casual match. He currently covers 40K tactics and lore, as well as all things Star Wars, with occasional dabbling in other topics. Abe remains in mourning over the loss of WFB to this day.
Advertisement
Chaos Marines Editorials Warhammer 40k Warhammer 40K 9th Edition
Advertisement 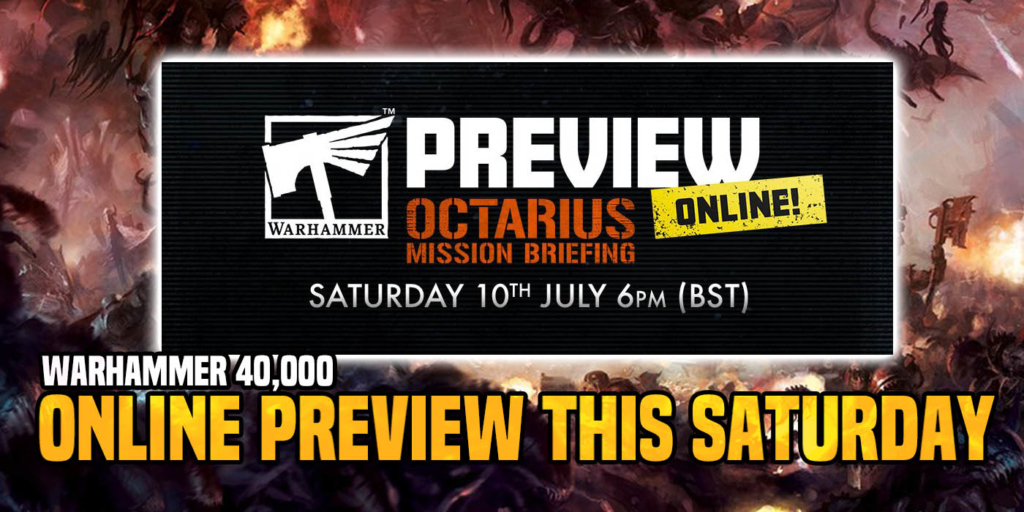