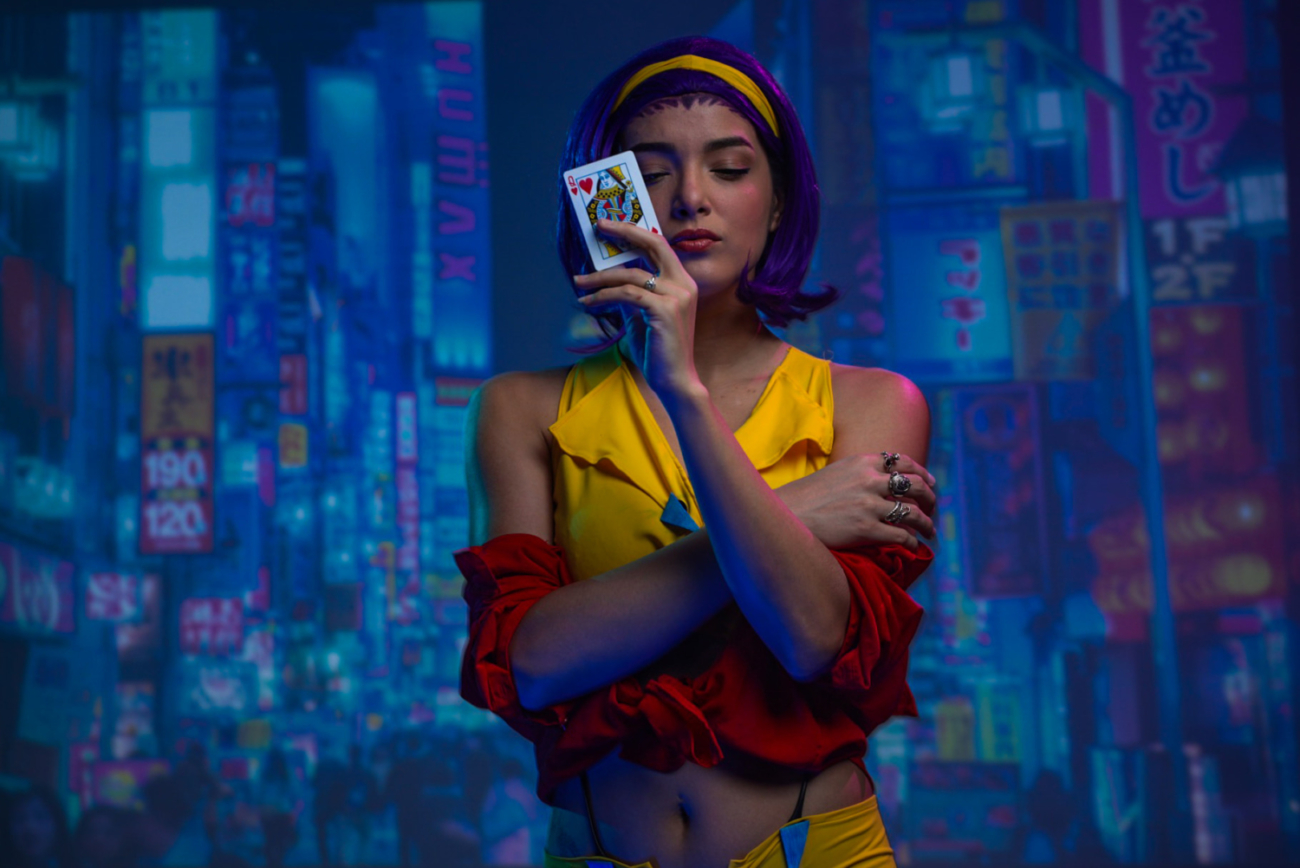 We’re finally seeing the first stills from the upcoming show- will it meet fan expectations?

Notorious Bounty Hunter Faye Valentine is a central figure in the Cowboy Bebop series. Known for her arrogance and lazy attitude, she is the poster child for what NOT to do in life. Her unique aesthetics and sassy demeanor make for some excellent cosplays, and this week we’re celebrating all things Faye Valentine. Strap in and ready your rewatch of Cowboy Bebop, because the new Live Action Netflix adaptation is coming… SOON. 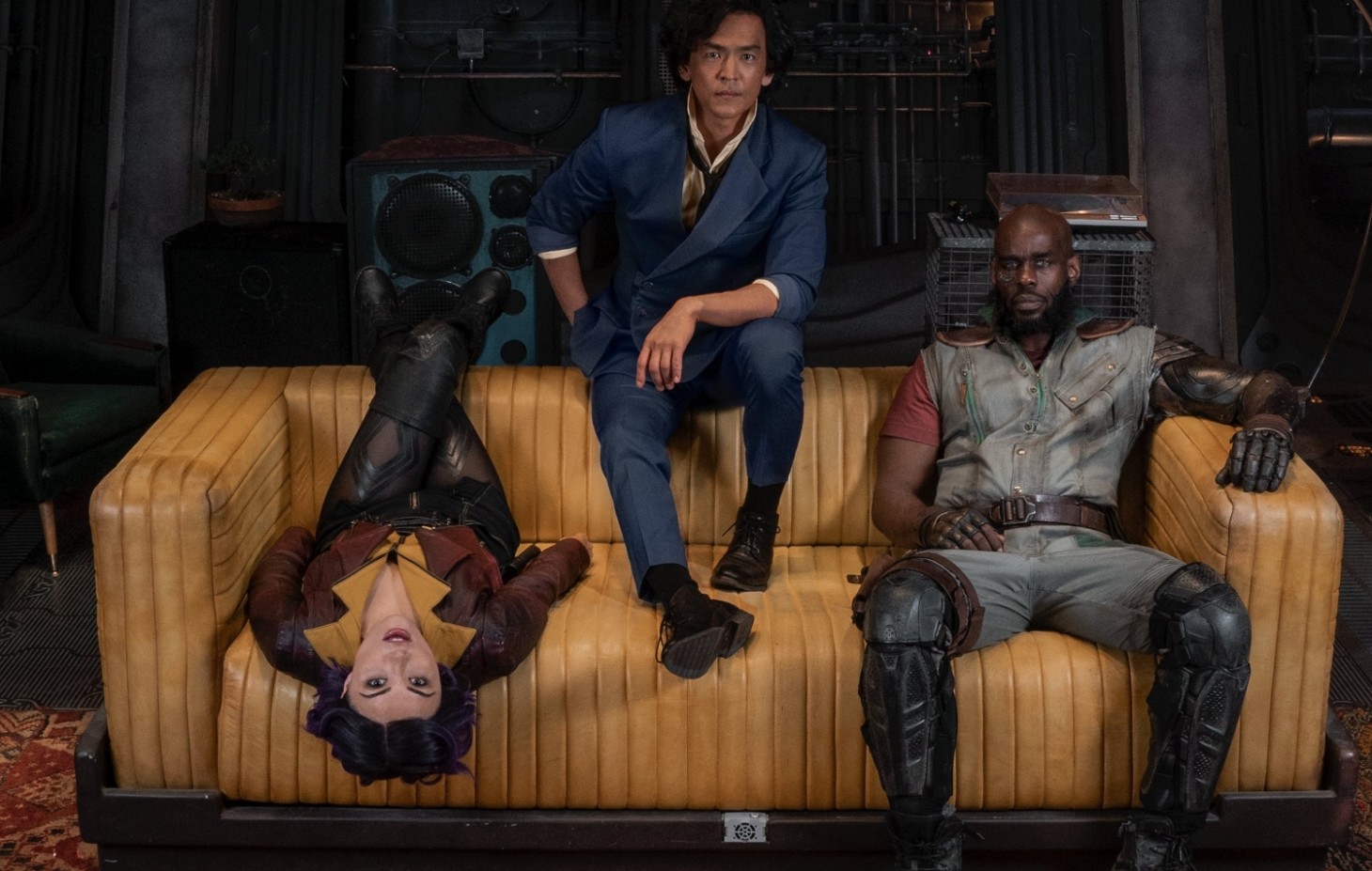 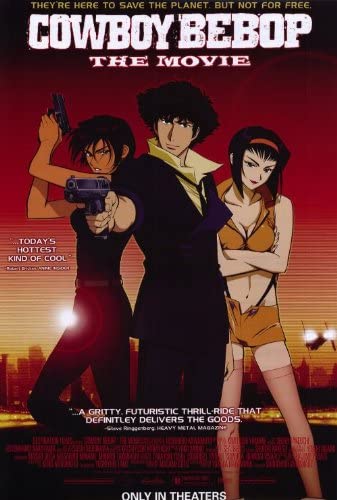 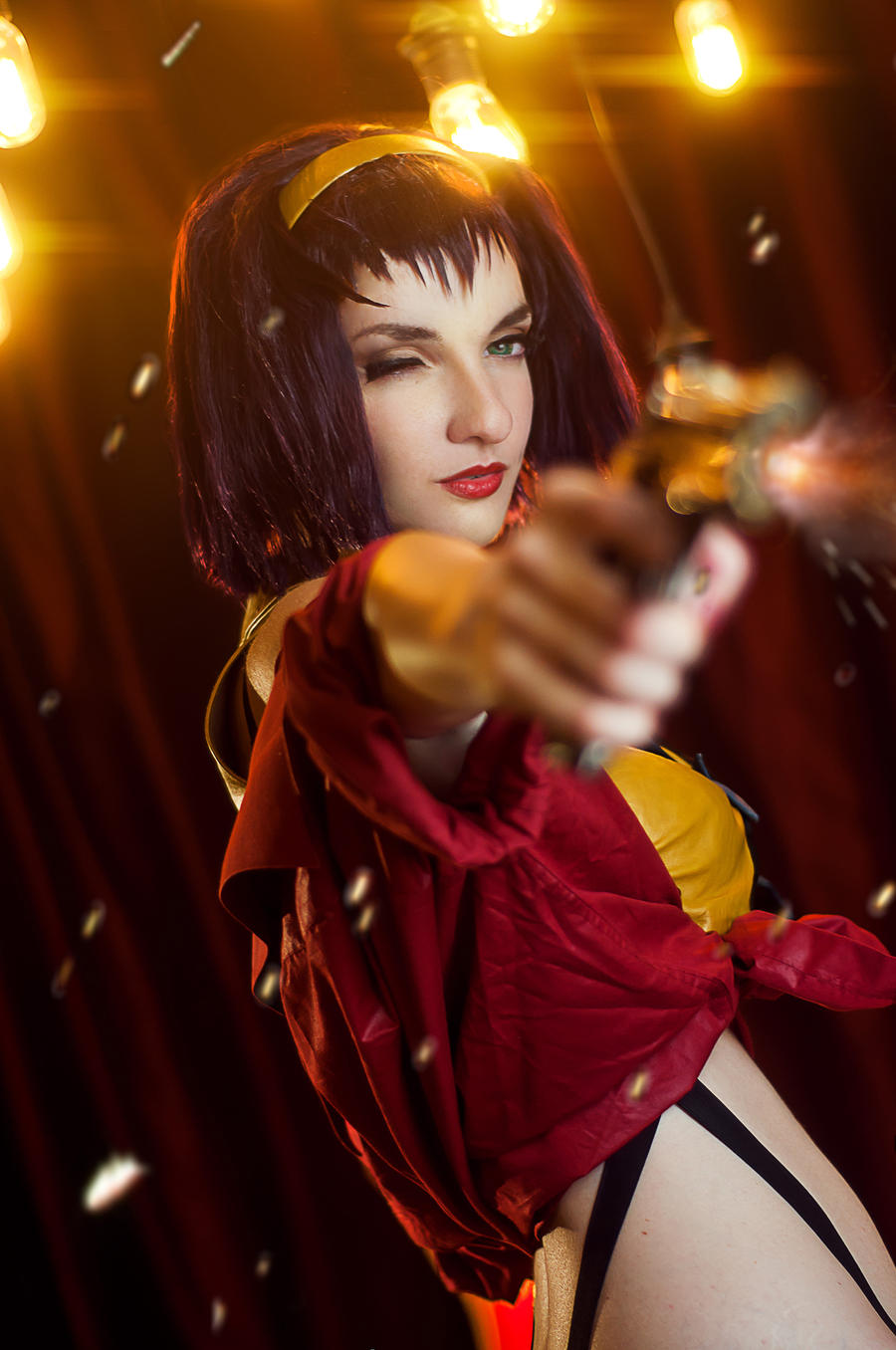 “They say humans are social animals, they can’t live alone. But you can live pretty well by yourself. I tell ya…instead of feeling alone in a group, it’s better to have real solitude all by yourself.“ 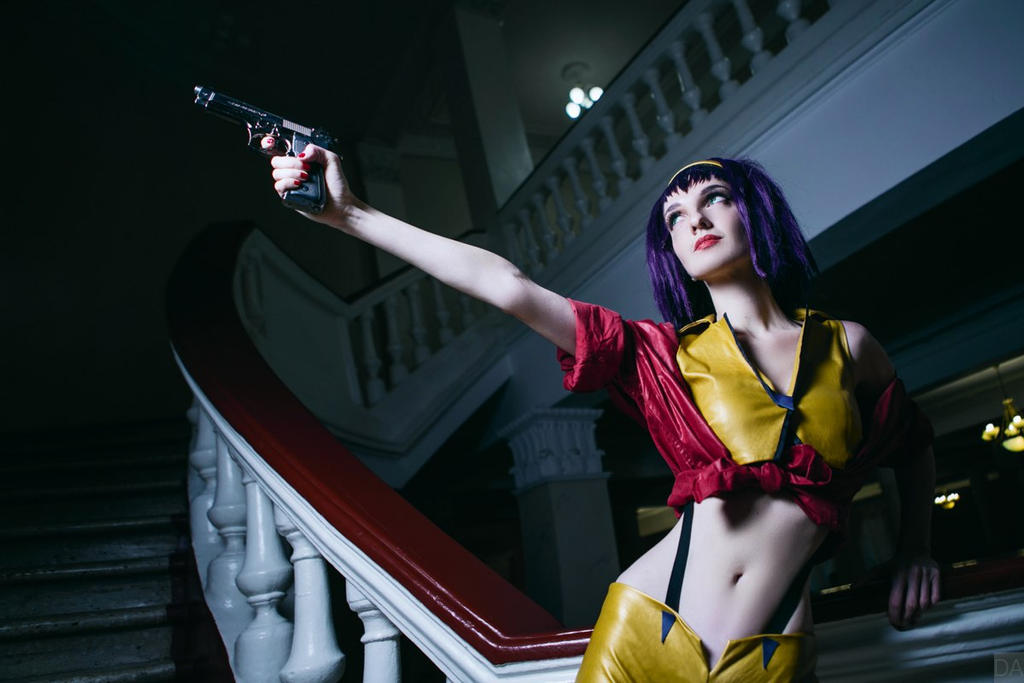 “Survival of the fittest is the law of nature. We deceive or we are deceived, thus we flourish or perish. Nothing good ever happened to me when I trusted others. That, is the lesson.” 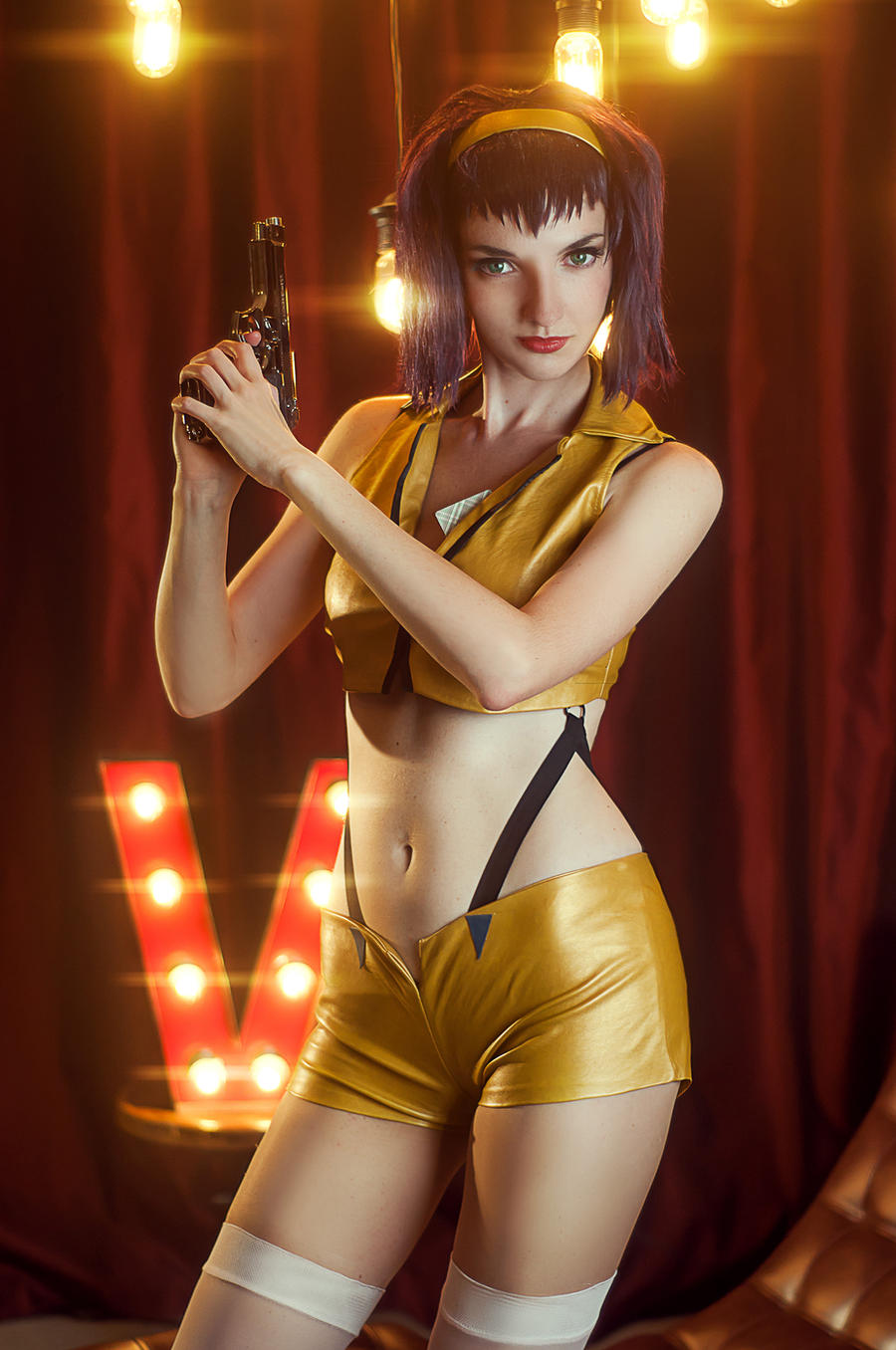 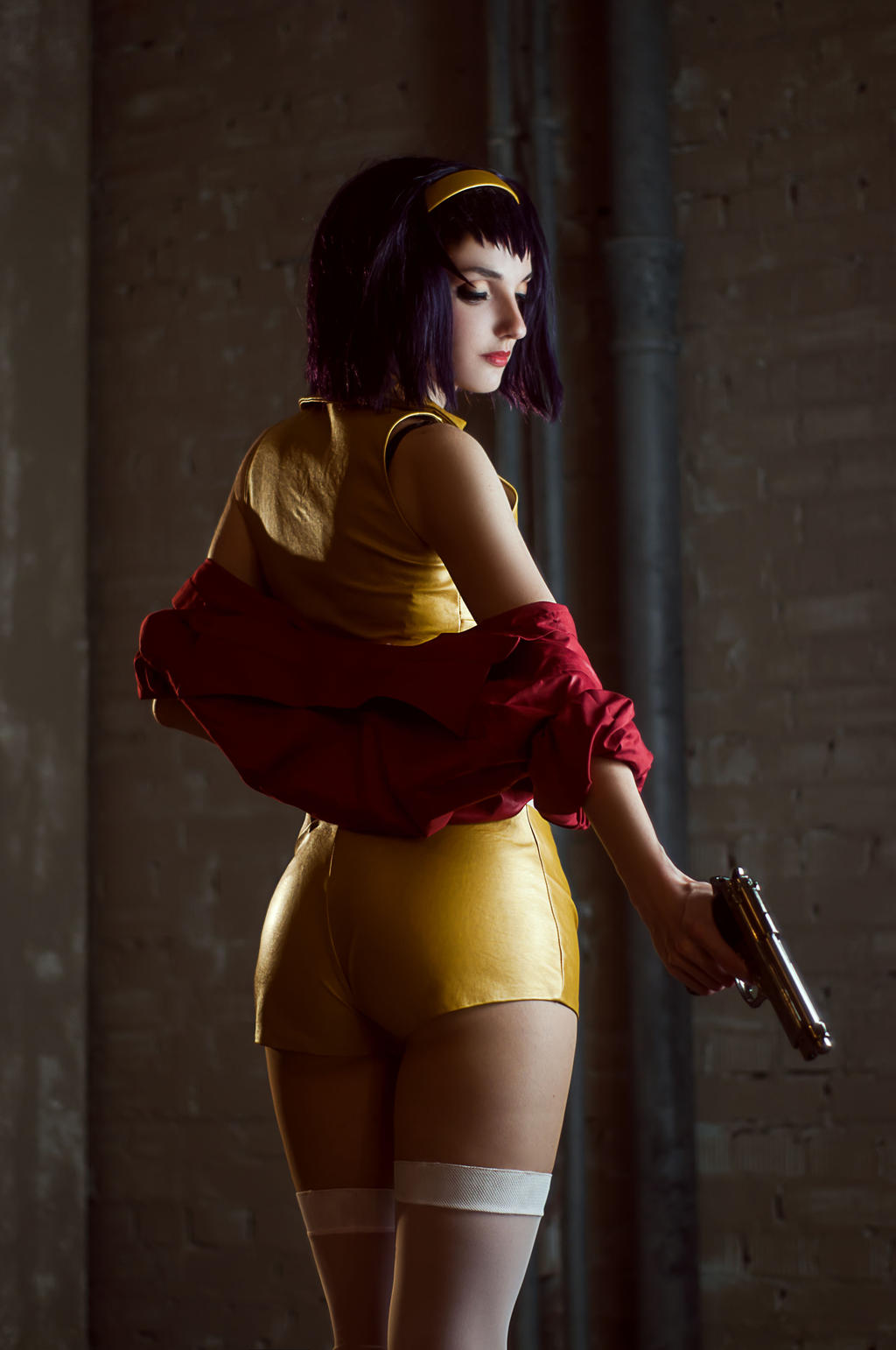 “They say humans are social animals, they can’t live alone. But you can live pretty well by yourself. I tell ya, instead of feeling alone in a group, it’s better to have real solitude all by yourself.” 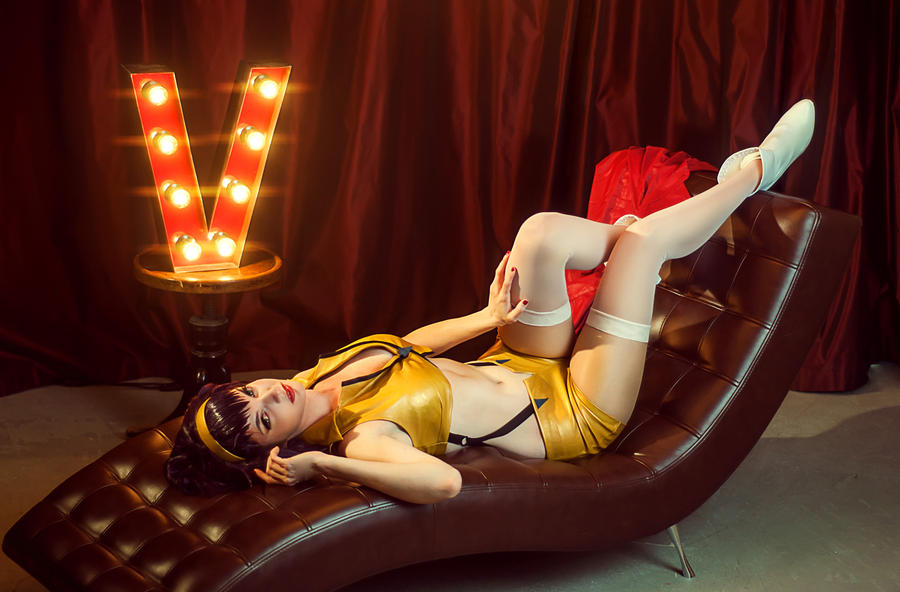 “You know what they say, cowboy. Easy come, Easy go.” 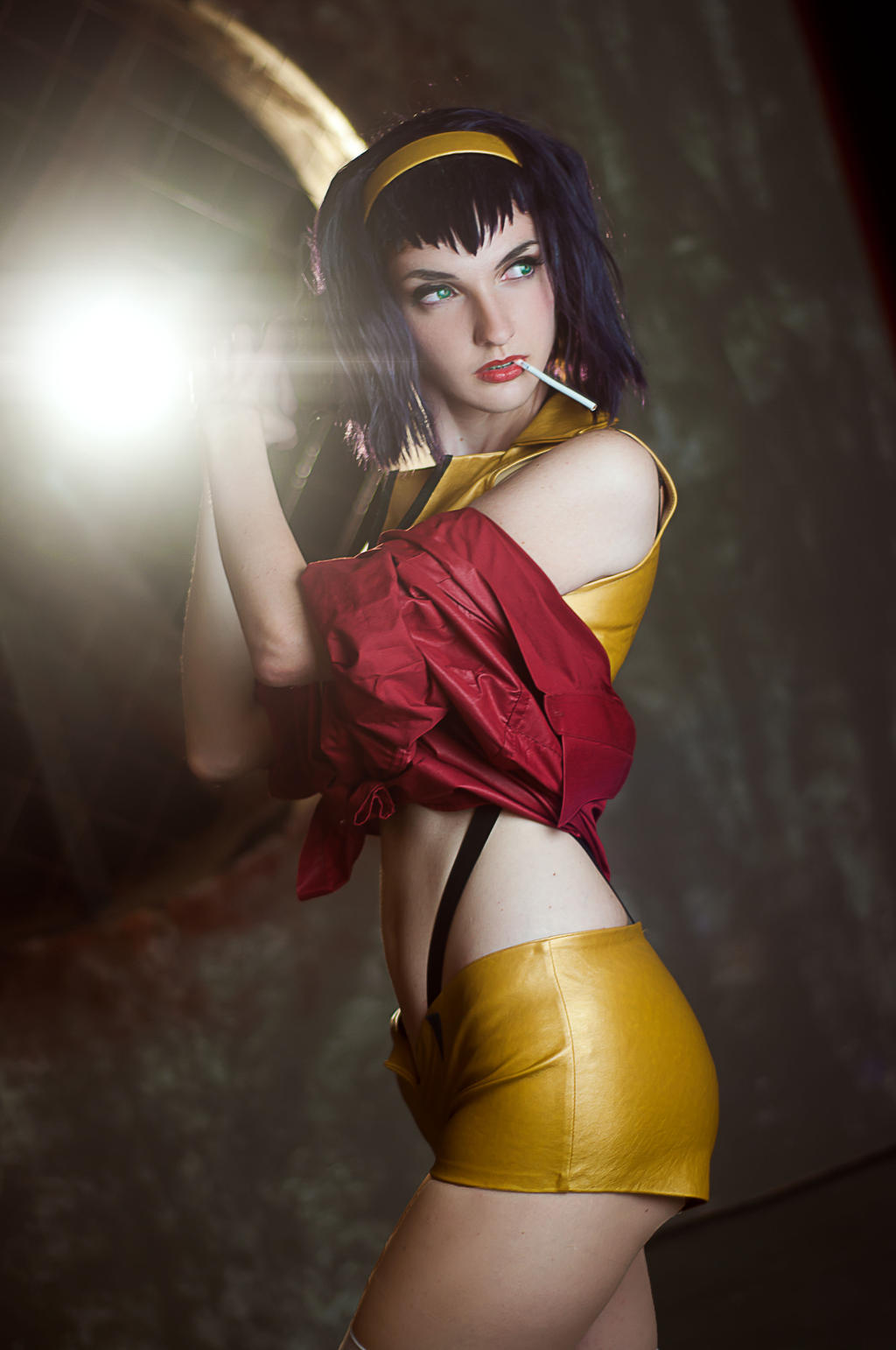 “You know the first rule of combat? Shoot them before they shoot you”. 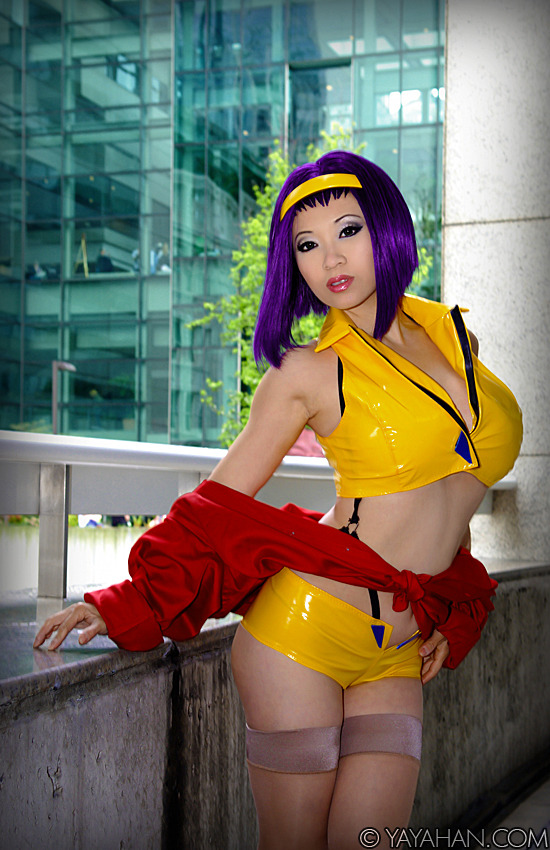 “When choosing between two evils. I always like to try the one i never tried before.” 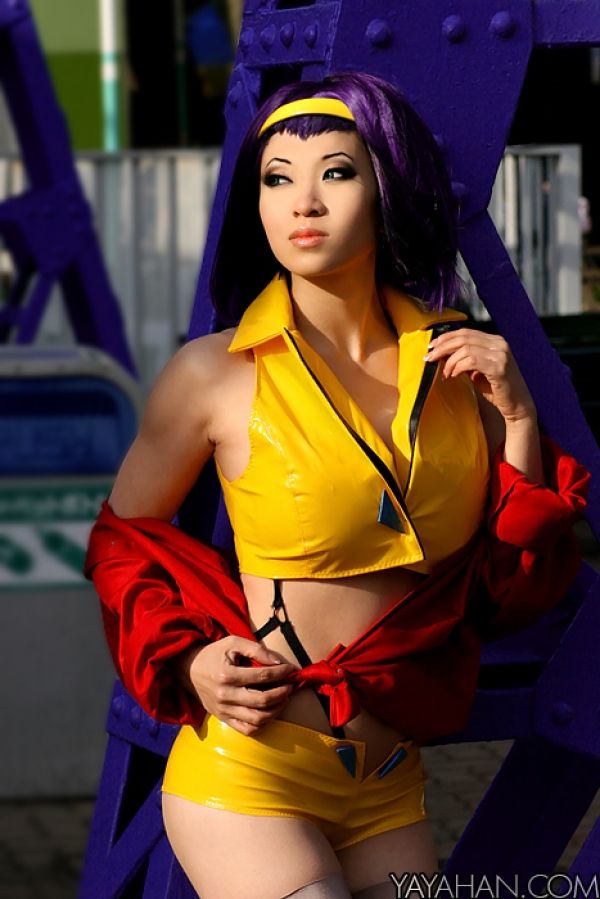 The past is the past and the future is the future. A man is a man and a woman is a woman. The present is the present. I am who I am and you are who you are. That’s all there is to it. Does it really matter? Or do we just think it does? 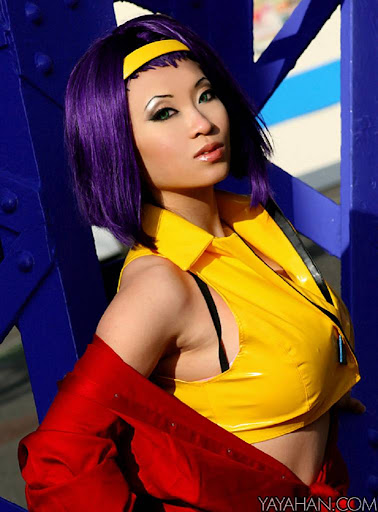 Beautiful skin can only be maintained by tireless efforts which are ultimately totally futile, understand? 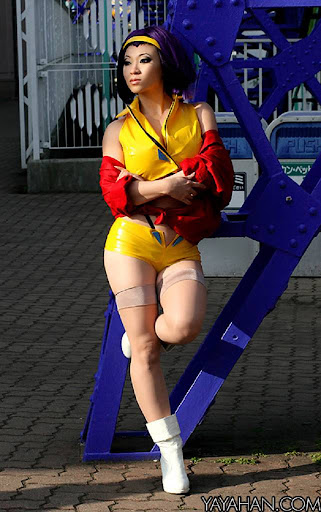 Why do you have to go? Where are you going? What are going to do, just throw your life away like it was nothing? 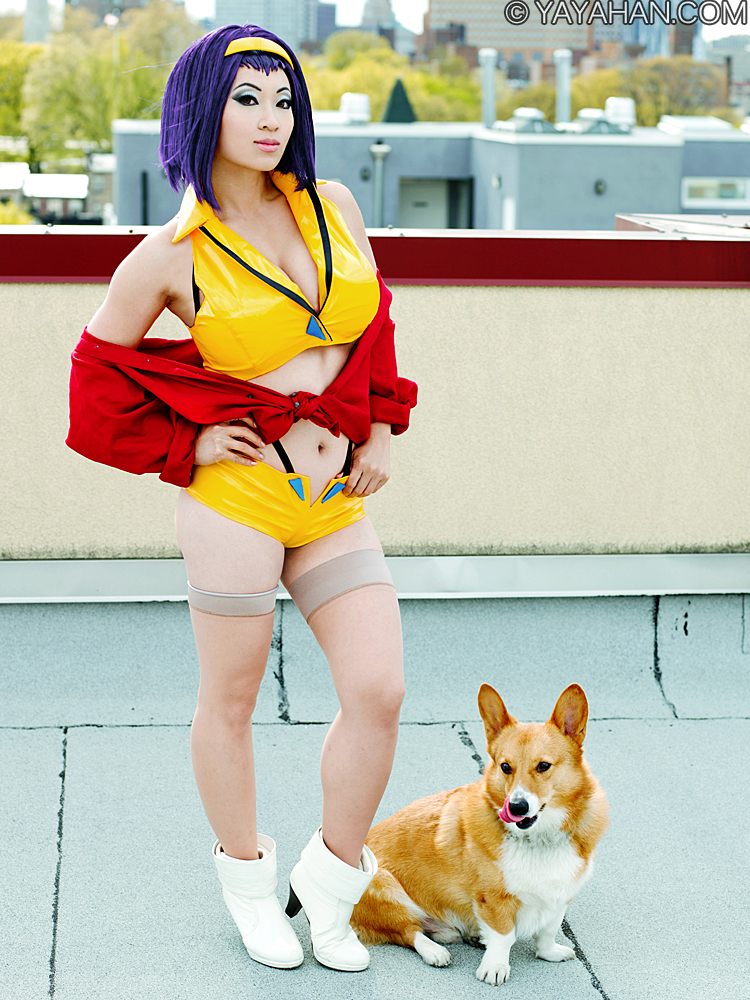 Ordinary. The kind of beautiful, dangerous ordinary that you just can’t leave alone. 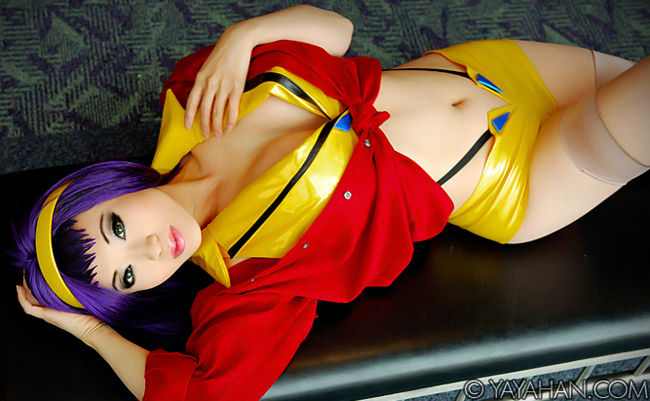 Like an angel from the underworld. Or a devil from Paradise. 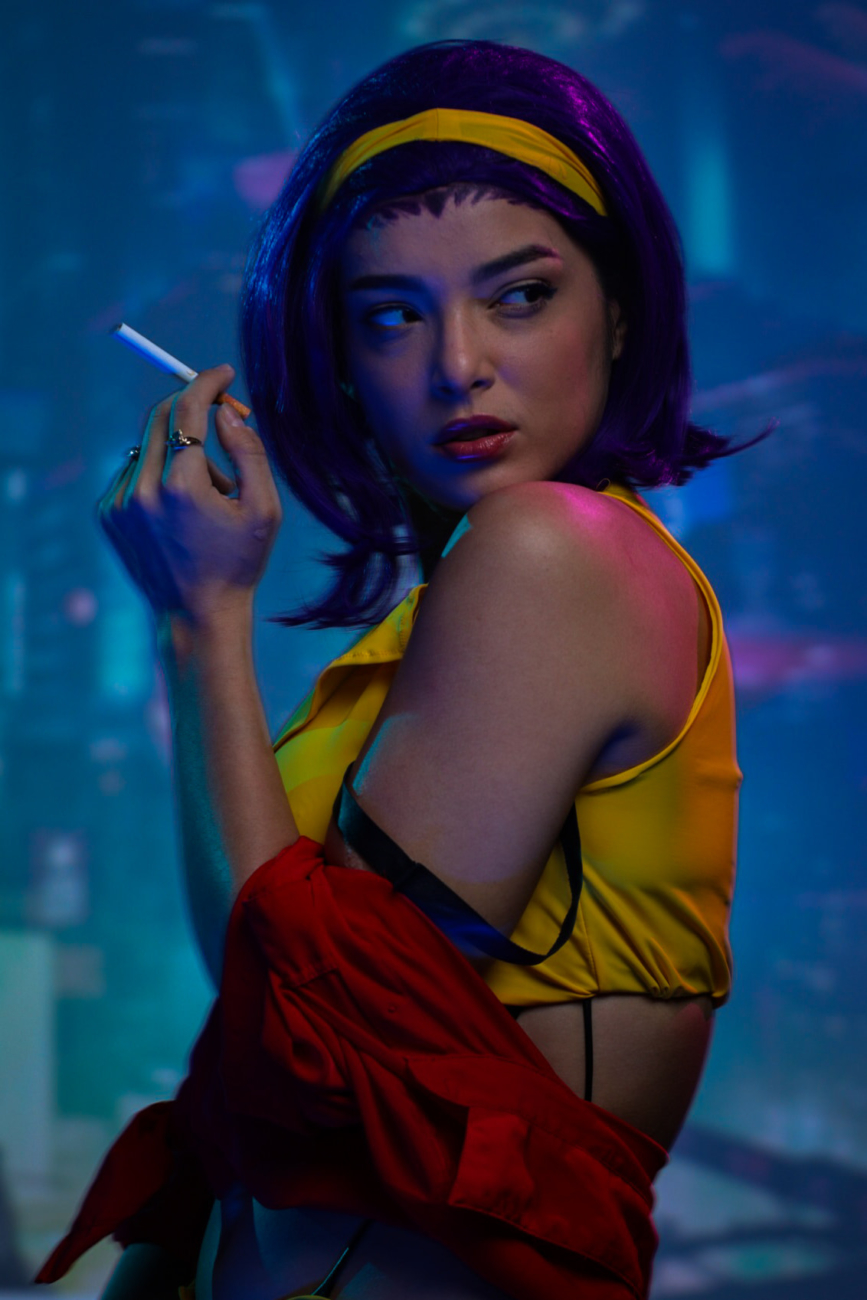 You told me once to forget the past, ’cause it doesn’t matter, but you’re the one still tied to the past, Spike. 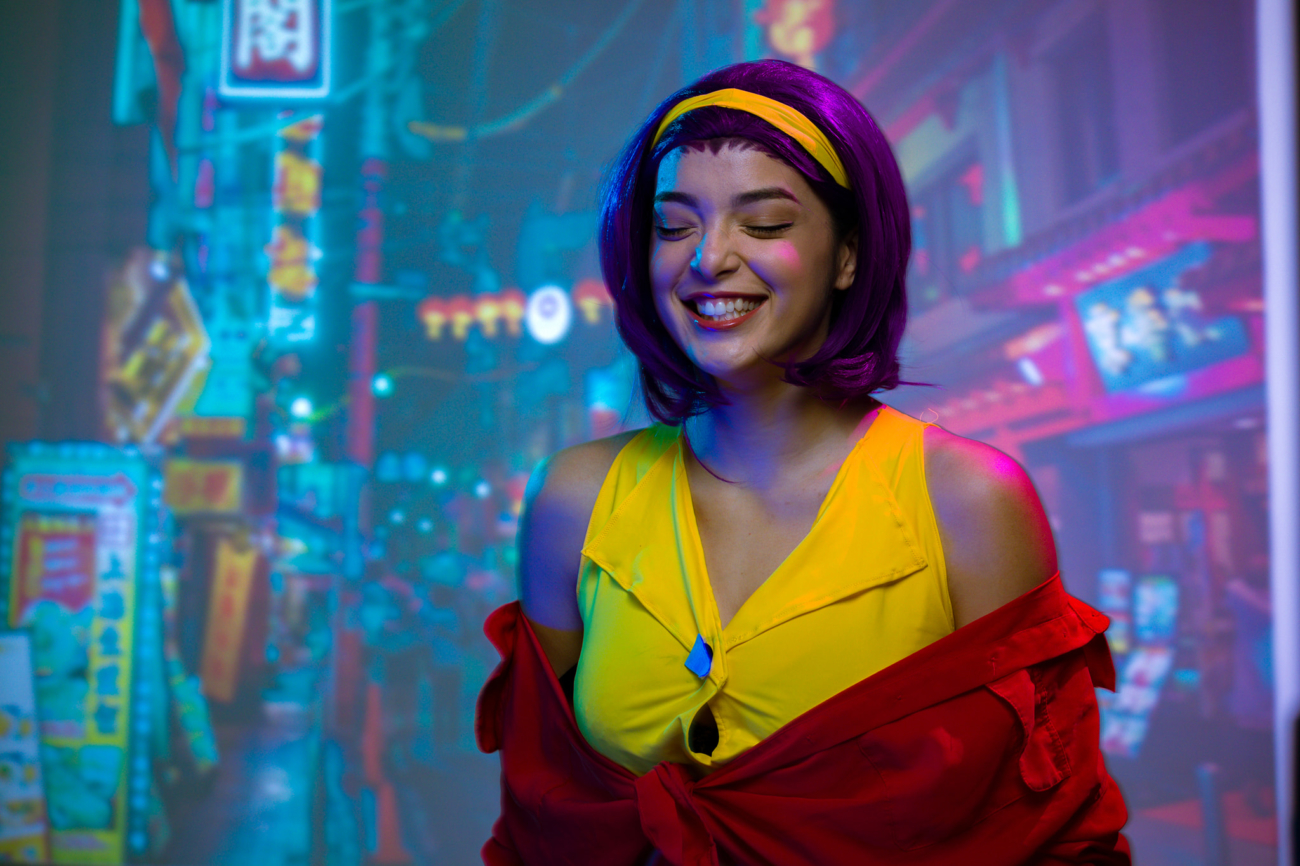 “Men are such idiots”. 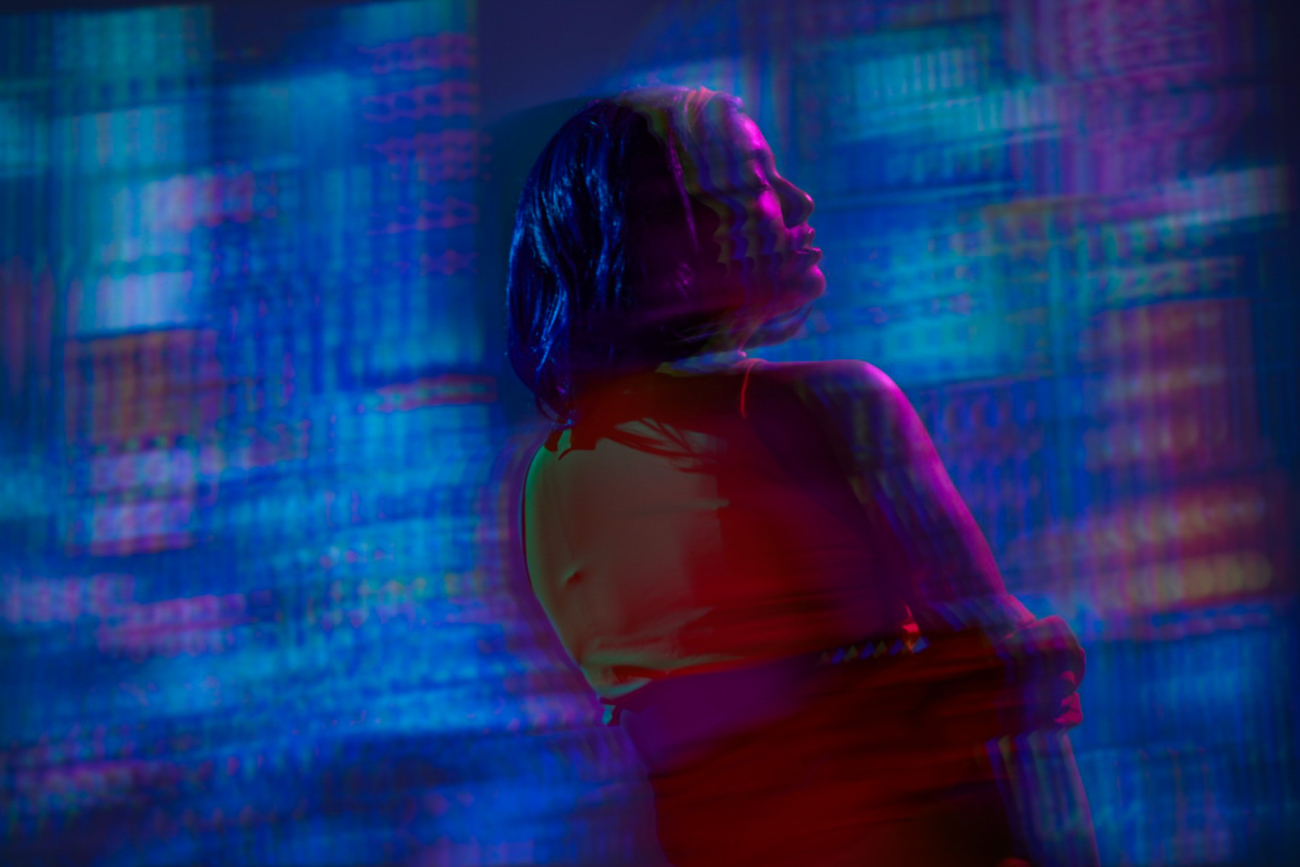 “I’m alone. I don’t want comrades… and it’s not worth having any. I end up worrying about things I don’t have to… because you know I’m such a good woman”…

“And you can’t tell what a woman will DO by looking, so you’ll have to be very careful.”

Author: Jennifer Larsen
Jennifer aka "Mayhem's Muse" is the Cosplay Editor for BoLS and manages Ad Sales and Communications. Her cosplay awards include the RTX Judge's Choice Award and Dragon's Lair Austin's Cosplay Symposium. Jennifer has been a Cosplay Guest Judge at RTX, Tacticon and Genghis Con in Colorado. She regularly attends conventions to cover cosplay for BoLS. Her cosplay work has been featured in publications such as Girls Who Love Monsters, Geek Fuel, and Renaissance Magazine. Jennifer has modeled in the Her Universe Fashion Show, Precision Camera's yearly Precision Camera University, and has taught several workshops for photographers about partnering with cosplayers and creative muses/models. Jennifer is a lifelong enthusiast of retro video games and loves Dungeons & Dragons, urban fantasy, tabletop games, VR technology, and historical archery. She has set National Records through USA Archery’s Traditional Division for Asiatic Bows and earned 4th Place in the World Nomad Games in Kyrgyzstan in 2018 for Women’s Korean Archery. Jennifer is currently studying for her Masters's Degree in Organizational Leadership.
Advertisement
Anime Cosplay Movies and TV Pop Culture
Advertisement

Marvel Cosplay: 'What If...?'s Peggy Carter is the Lynchpin of the Marvel Universe 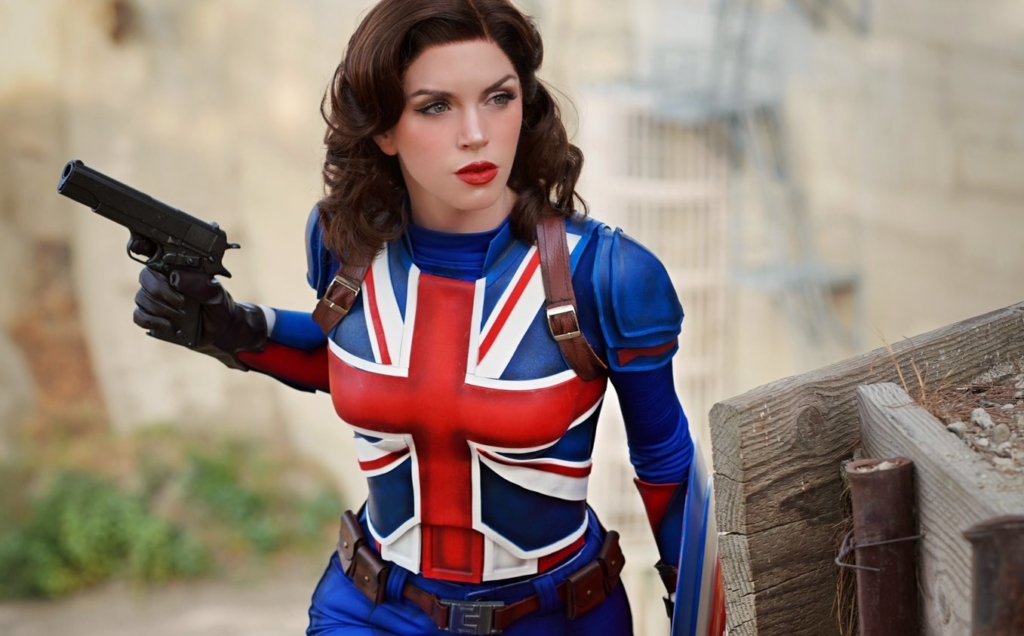