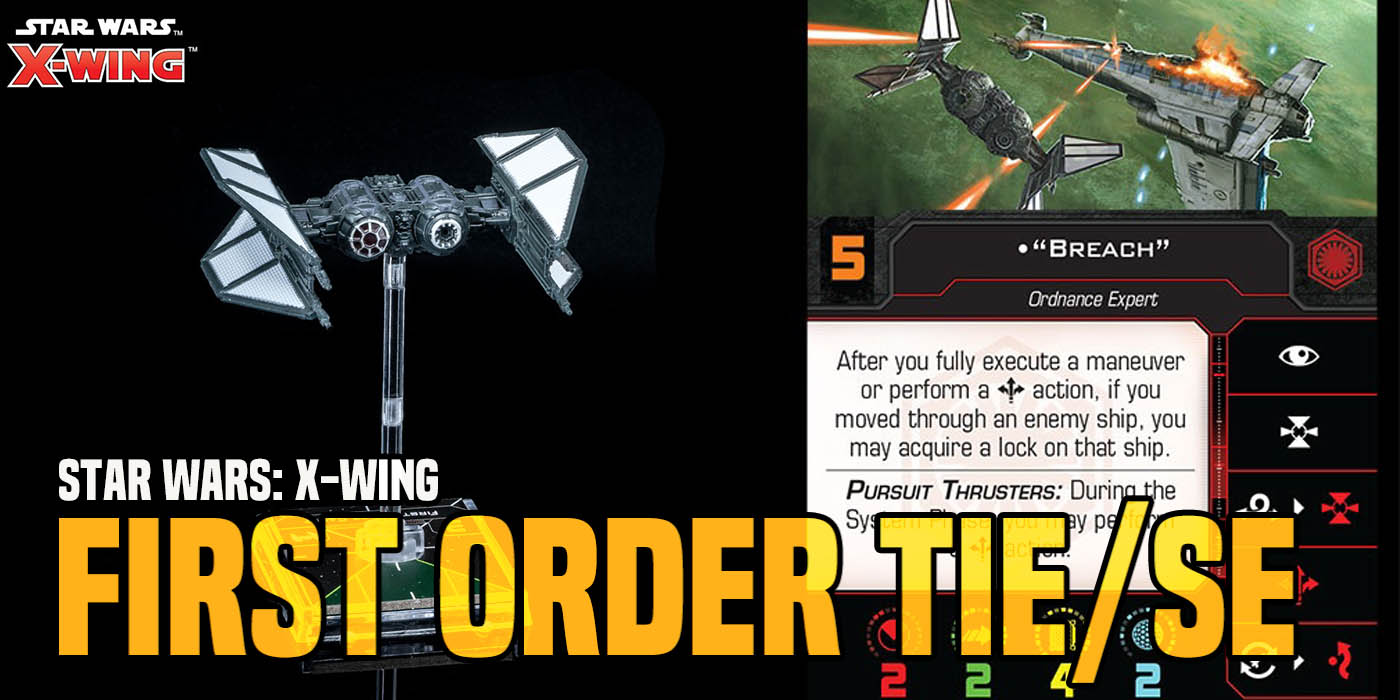 Atomic Mass Games has dropped some more goodies from the upcoming TIE/se Bomber pack. Things are looking up for the First Order.

There’s a new TIE bomber on the way and this one is for the First Order. The new TIE/se Bomber packs quite a punch in a slippery package. Let’s see what this ship can do!

“The TIE/se Bomber continues to demonstrate synergies with upgrade and pilot cards. DT-798 pairs nicely with pilots like “Scorch,” and with a wingman like “Breach” nearby shooting first, you can double up on strain tokens with additional benefits!” 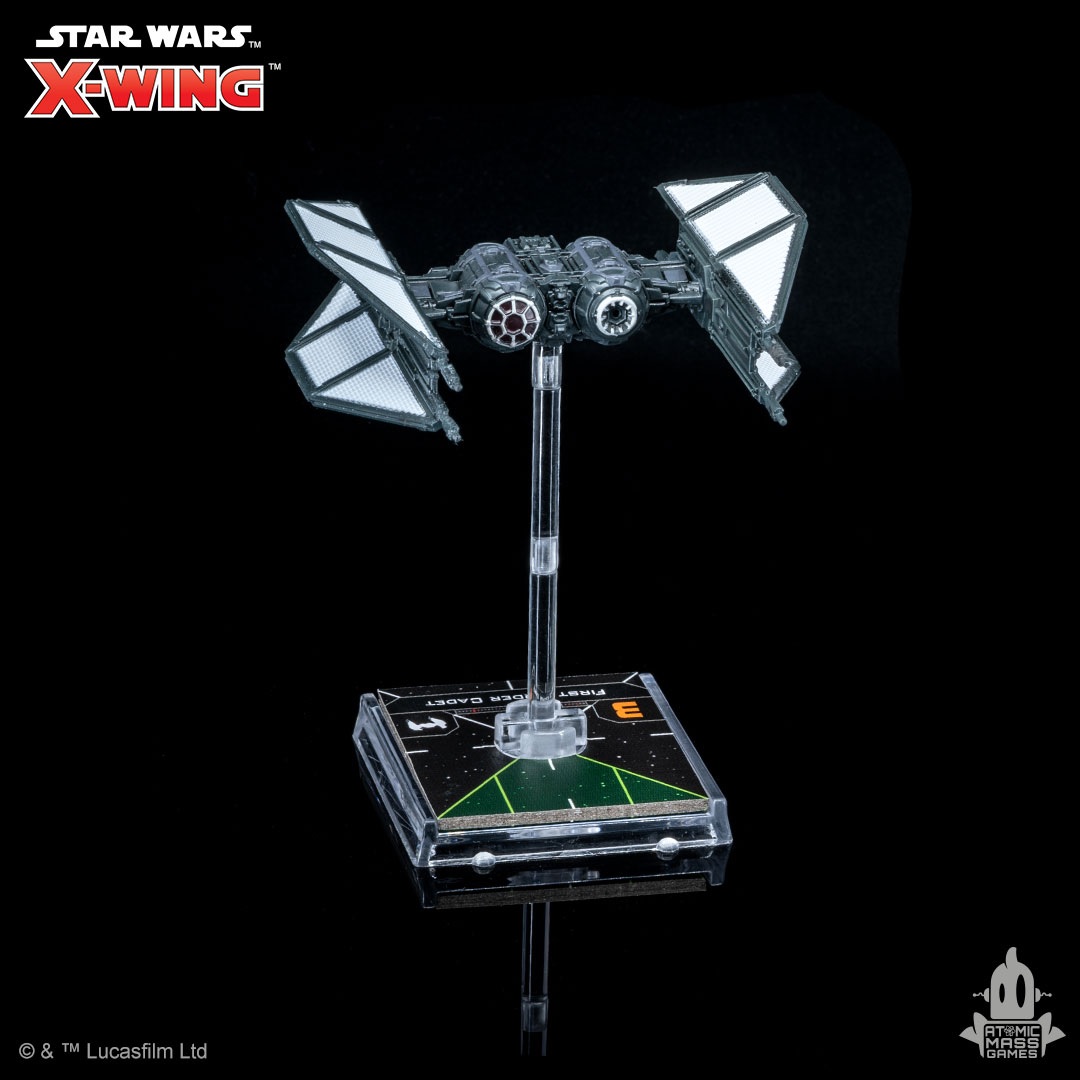 That’s a good looking ship! It certainly looks like the First Order revamped the classic TIE Bomber into something a bit more sleek and First Order appropriate. But let’s see that ship card! 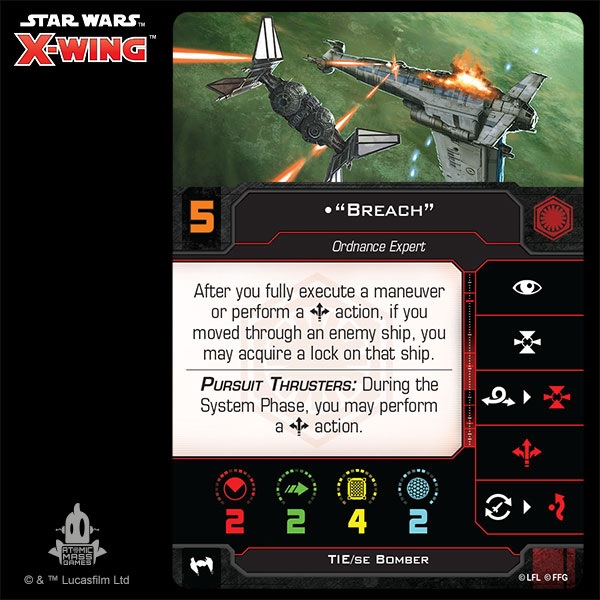 Let’s ignore the Pilot’s ability for a moment and just appreciate this ship’s stats. 2 dice attack to the forward arc. 2 agility for defence with 4 hull and 2 shields. On top of that, a full action bar of tricks to pull. Plus the ship also comes stock with Pursuit Thrusters which give you an extra Boost action during the System Phase – and note that it’s a “may” action. Talk about keeping your opponent on their toes.

As for “Breach” those extra Boosts might come in handy as they allow you to get a lock on any ship that you boost through! Pretty cool combo. 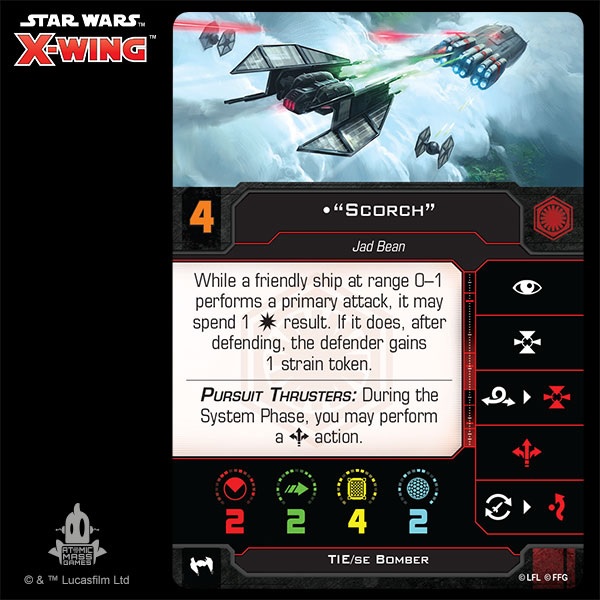 “Scorch” also gets a unique pilot ability to allow friend ships at ranges 0-1 to swap out a damage die hit for a strain instead. And sometimes that can be more important that pure damage on the target. 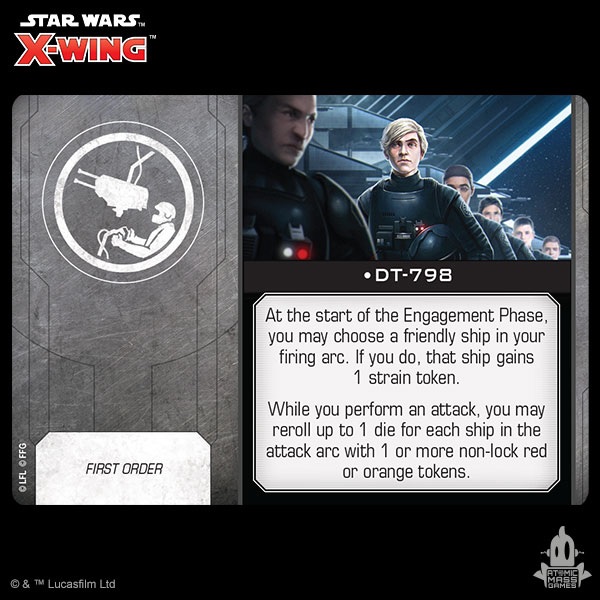 This is an interesting gunner option. It allows you to give friendly ships strain tokens and in return you get rerolls. Now, you might not need to toss out the strain tokens as non-lock red or orange tokens also work – but at the same time, this is a good back-up option.

What do you think of the new TIE/se?

Author: Adam Harrison
Writer, Editor, Texas Native, and Austinite for 15+ years, Adam covers all things Tabletop Gaming. Which includes Warhammer 40,000, Age of Sigmar, D&D, Board Games and everything else that involves dice, boards, cards and a table. A hobbyist, player, and collector of miniatures and games, Adam's current obsession are his Death Armies for Age of Sigmar, his Blood Angels and Tyranids for 40k, and his ever growing Arkham Horror: The Card Game Collection.
Advertisement
Asmodee Atomic Mass Games Miniatures Rules Star Wars X-Wing
Advertisement 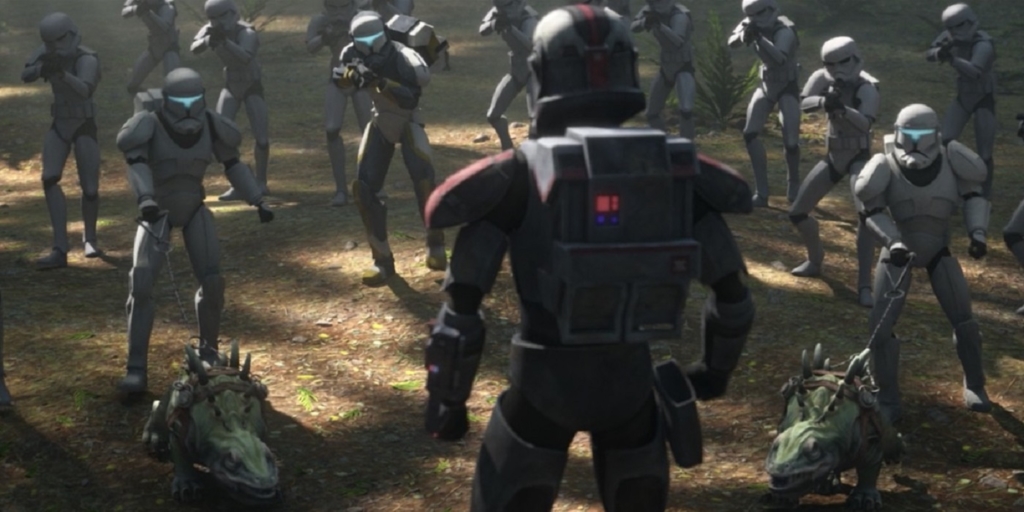