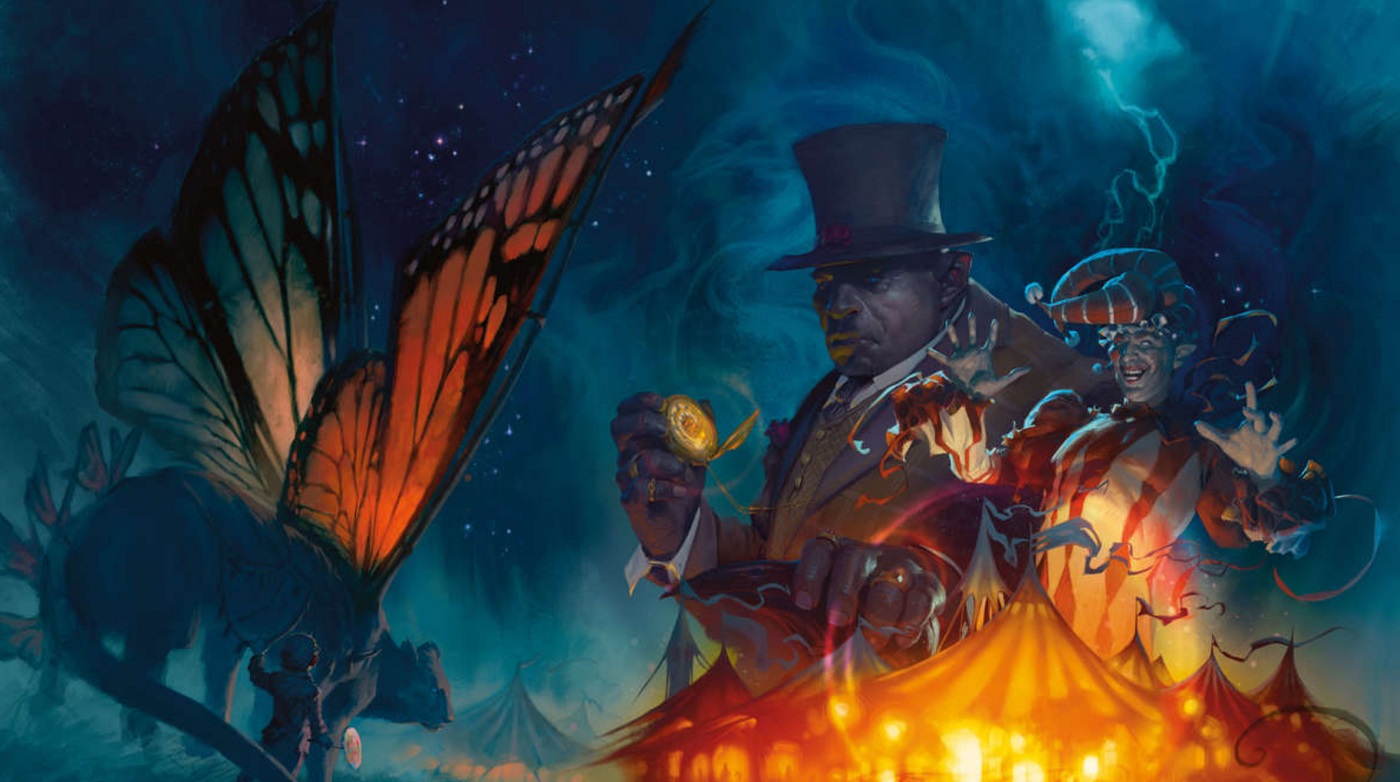 The Wild Beyond the Witchlight: A Feywild Adventure is coming next week and with it new magic items with a touch of fairy tale magic.

Soon enough adventurers will be able to step beyond the boundaries of the Prime Material Plane for an adventure full of carnival games, brand new monsters, and magical, feywild whimsy. Today we’re taking a look at the table of contents and five new magic items, gleaned from some early previews of the book. 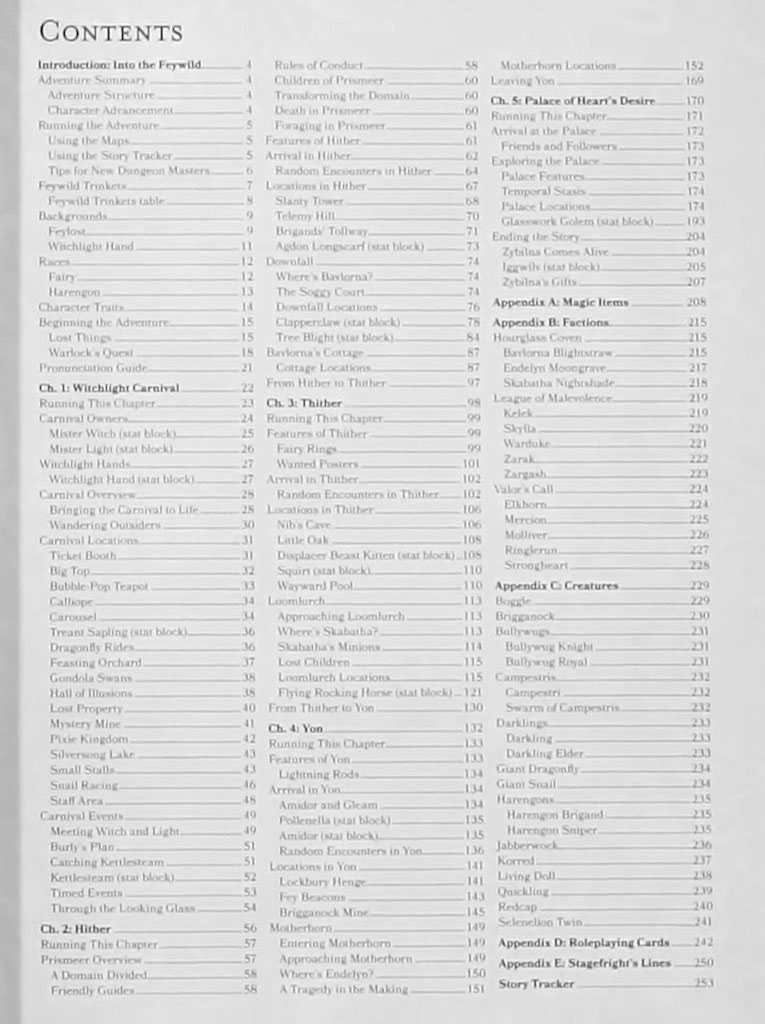 Let’s start with the table of contents. The picture is blurry, coming to the internet at large from Imgur, but you can still make out all the salient details. As is par for the course for these big adventure books, before you get to the adventure there’s a big section for players and DMs alike, where you can get an overview of how the adventure works and where you’ll find the rules for the new Fairy and Harengon races.

You also get new backgrounds, character traits and different character hooks. From what we’ve seen this adventure seems to be including a lot of tools to help the GM keep things on track and to keep the immersion up, with a number of roleplaying cards, lines, and even a story tracker to show you just how far off the rails your party has gone now that they’re inciting a goblin rebellion against the fey overlords.

But those players will need magic items to aid in their newfound war against the Archfey that you can clearly see is nowhere in the table of contents. And today we’re taking a look at a few of the new magic items introduced in the book. Starting with Gandalf’s Pipe from Lost. 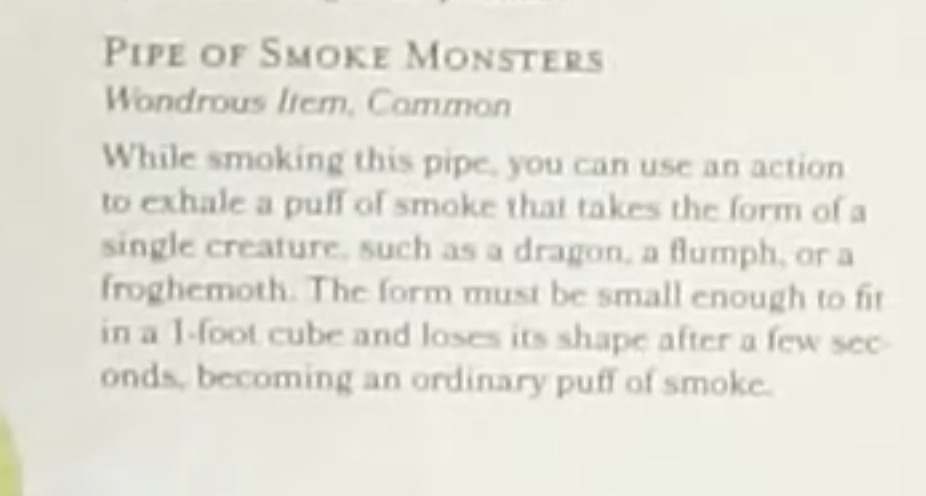 Of course, this isn’t a pipe: 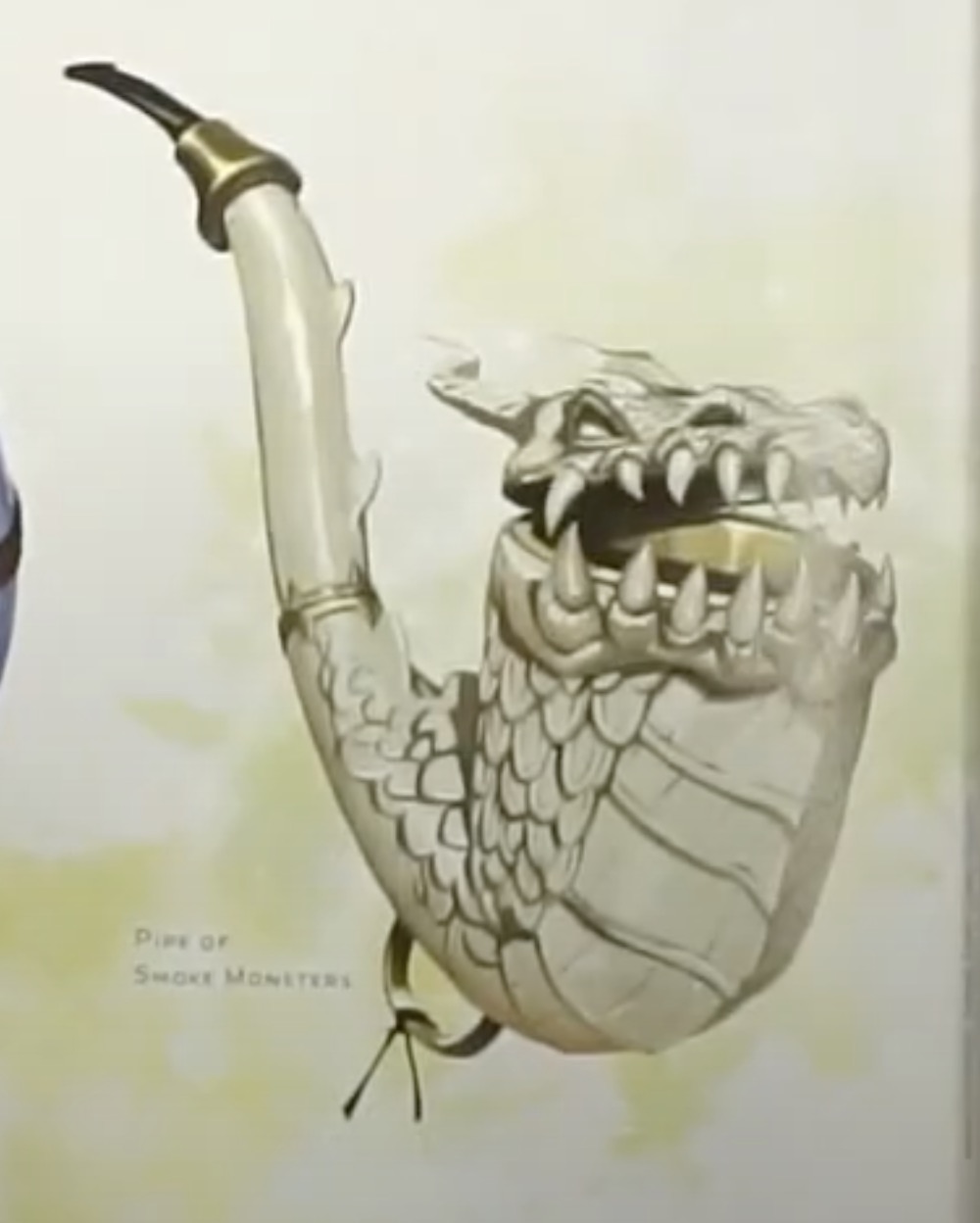 It’s a way of summoning stuff of shadows and smoke that you can use to entertain people for about six seasons – well three, but the die-hard fans will stick around to see what smoke monster comes next. But smoke monsters are just the start: 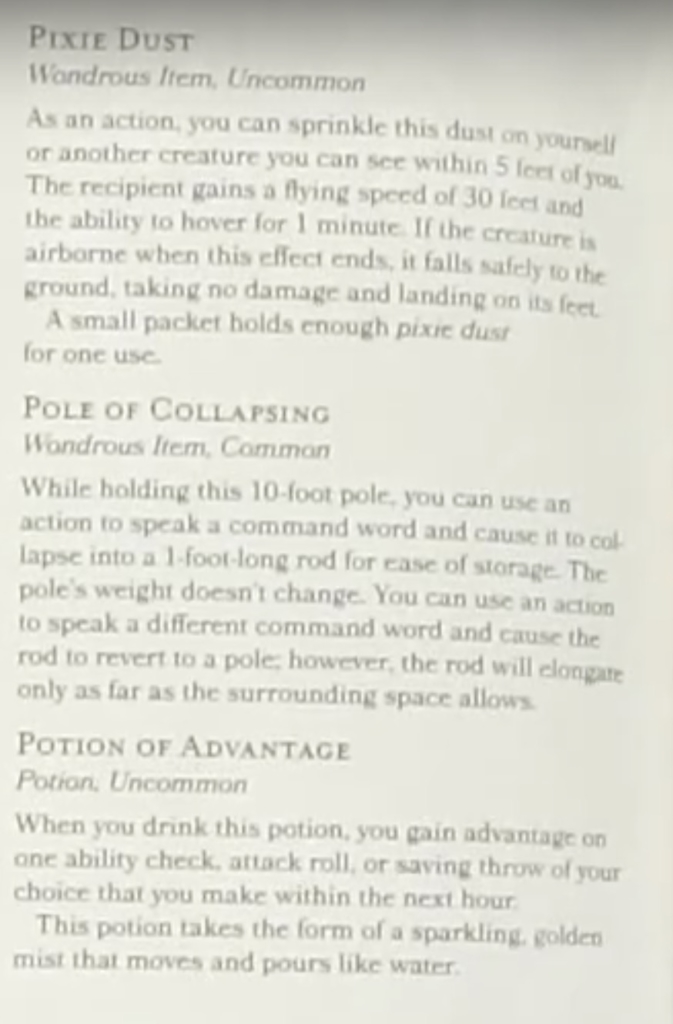 There are some surprisingly useful items in there, including a 10 foot pole that you can easily bring with you into the dungeon, or a potion that gives you advantage when you drink it. But what really ties them all together is a touch of faerie tale whimsy–from subtle references to typical fae tropes to literary references: 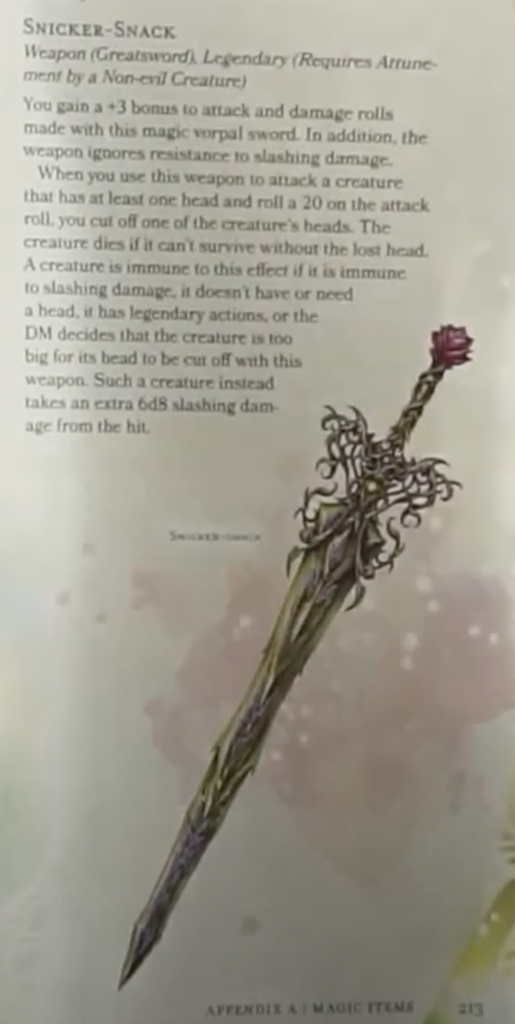 Like this legendary vorpal sword (which is specifically designed to prevent you from killing the final boss of the campaign in one single hit–though it is still a Paladin’s best friend on a critical hit).

All this and more await you in Wild Beyond the Witchlight: A Feywild Adventure due out next week.