Collecting the classics from DC, Marvel, and others isn’t out of your reach – here’s what you need to know to get started.

When I first started reading comic books about 15 years ago, I imagined that you had to be very wealthy to buy classic comics. I also personally didn’t understand why you would want to buy a comic that was so expensive you couldn’t even read it. But over time, I gained an appreciation for owning a piece of subculture history. All it took was a little knowledge about the history of the industry and how to gauge what condition a book is in. 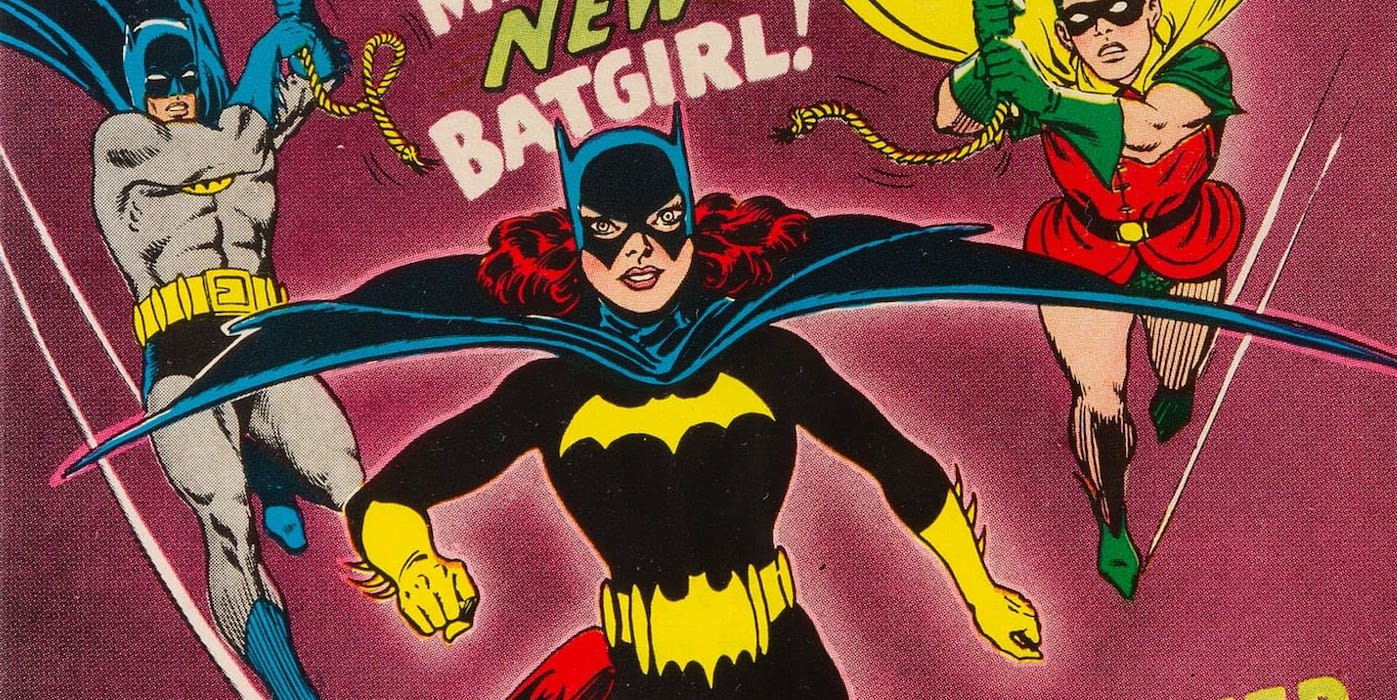 My first classic comic was a grade 3 copy of Detective Comics #359, the first appearance of Batgirl, courtesy of DC comics

This time in history covers the birth of comic books until the introduction of the Comics Code Authority. Some of the most iconic superheroes were born in this age. Action Comics #1 (1938) introduced us to Superman, with Batman and Wonder Woman fast on his heels in 1941. This decade-plus also saw the creation of Timely Comics, later to become known as Marvel. And the Golden Age wasn’t just a superhero joint– westerns, romance comics, war stories, horror, and sci-fi books were also very popular.

Comics from this era hold the sources for a lot of the comic book culture we know today. This era birthed the superhero team-up, struggles with a secret identity, super-villains, and more. But just because they’re valuable doesn’t always mean they’re the rarest or most expensive. During WWII, some of these comics sold over a million copies, and many of these copies are time-worn, making them more affordable.

In the wake of WWII, fear of Communist influence spread across the country. This era was rife with moral panic, so when Fredric Wertham’s book Seduction of the Innocent claimed that comic books were a direct influence on juvenile deliquesce, there was a wave of pearl-clutching that brought comic books into several American courthouses.

Looking down the barrel of government censorship, the Comics Code Authority was formed. This code prevented the publishing of any comics that broke censorship rules laid out by the committee. Among those rules, criminals could not be represented as sympathetic characters, profanity and nudity were forbidden, and any kind of horror or monster title was a no-go. While numerous censorship battles continued, Underground Comix artists like Robert Crumb drew uncensored comics with nudity, drug use, and other adult concepts.

Art by Richard Corben from the “Slow Death” anthology comic

Meanwhile, some Golden Age heroes were experiencing a revival. The Flash, Green Arrow, and superhero team-ups like the Justice League were feature titles again. And beside them were the beginning issues of today’s staple heroes: Spider-Man, Thor, the Hulk, Iron Man, and the X-Men. This era saw some of the most iconic works from legendary comic giants like Jack Kirby, Stan Lee, and Steve Ditko.

Many issues of these runs are first appearances, early-aughts storylines, or iconic covers. The rise in readership meant plenty of these issues were being published, but they were also being heavily read. First issues and major first appearances may be tricky to find, but again, you can find them in multiple grades.

Issues of Jack Kirby’s ‘The Eternals’ can still be found in various conditions, Courtesy of Marvel

As the country started to open its mind to ideas like civil rights and progression, the Comics Code Authority fell out of fashion. Comic writers were free to introduce more complex emotional concepts into their stories. Horror comics saw a resurgence, Spider-Man’s girlfriend Gwen Stacy died, and Hollywood began adapting comic books to the big screen.

The Bubble Bursts in the Modern Age (1985-Present)

In the mid-eighties, comic book collection and speculation bombed the market for collectible comics. While older comics still maintained their value, major publishers DC and Marvel were over-producing.

Sorry, y’all, those mid-nineties X-Men comics you inherited from your older cousin? Not worth too much these days. Today, many collectors have shifted from speculative collection to collecting based on title and cover art. 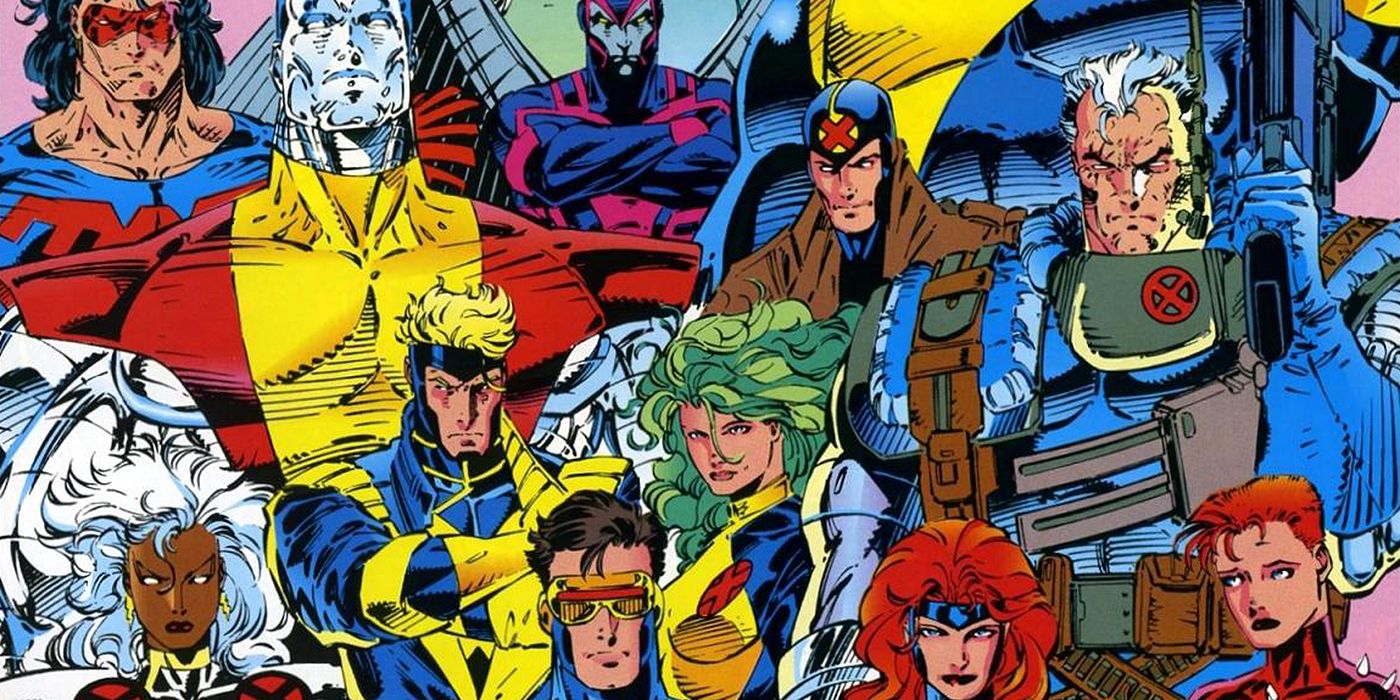 The 10-point grading scale is the official system for grading. There are a handful of organizations that officially dole these ratings out: the CGC, CBCS, & PGX. Having the comic “slabbed” places it in an impenetrable casing with the grade displayed at the top.

The grading ranges from 10.0 (gem mint condition) to 0.5, and many comic book buyers won’t accept a grade 10 unless it’s been slabbed. Unless you’re a hardcore collector, this grading system may be a little on the labor-intensive side. We recommend getting familiar with the shortcut version. 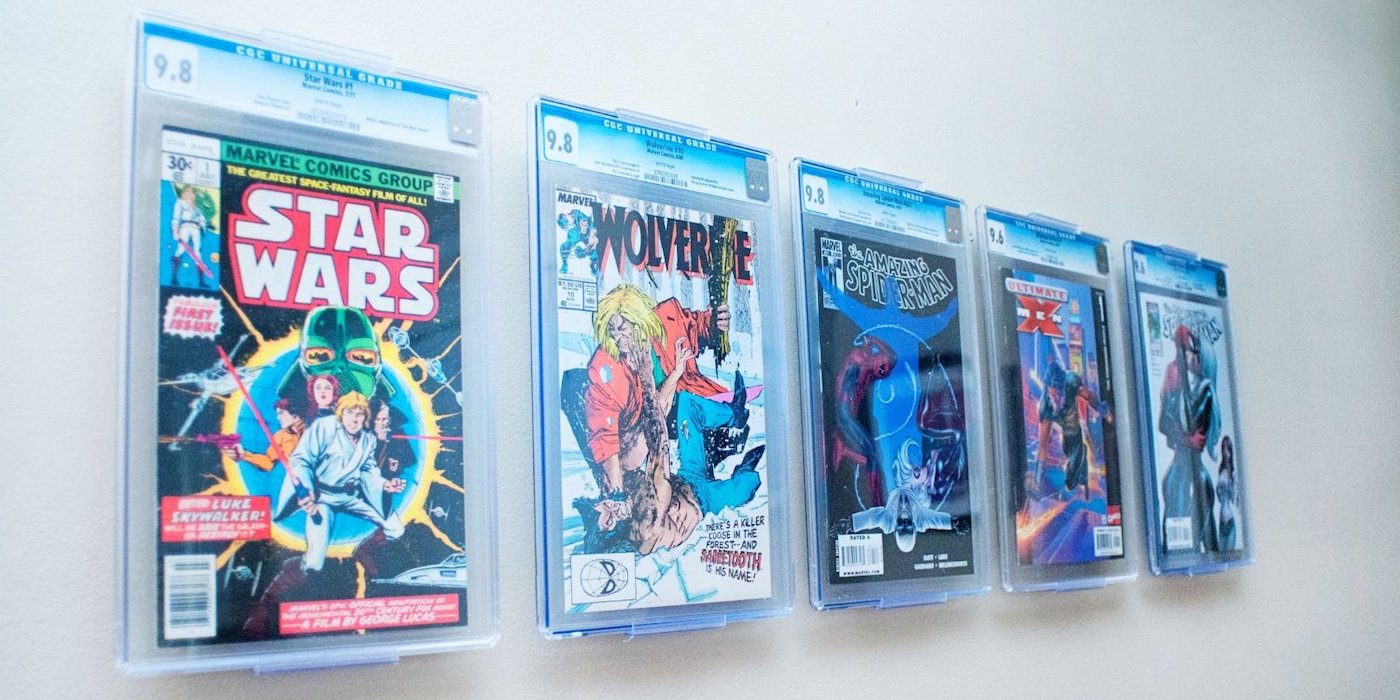 These comics are nearly perfect. They may have small flaws, like being read once or twice, no more than a couple of dents, or some gentle corner curling. These things can happen during shipping, so collectors in search of a perfect 10 may have to rifle through a few covers, walk their comic gently to the register, and bag-and-board immediately after purchase.

A very fine comic has a few minor defects, but they’re great overall. Bends or folds less than 1/4″ are okay, along with light dents and minor color breaking. Most new comics that are bagged and boarded after a read or two are considered very fine.

Issues like this show a little wear, but they’re still in good shape. These are comics with minor noticeable defects, like a slight spine roll, a small spine split, water spotting (smaller than a dime), and other minor defects.

“Fine” comics are fine by me– when I’m looking for a rare or valuable comic book I want to splurge on, save for, or layaway for 2-6 months, FN is my sweet spot. These books are a great way to treat yo’self and you don’t have to feel about giving it a flip-through before you put it on display or file it away. 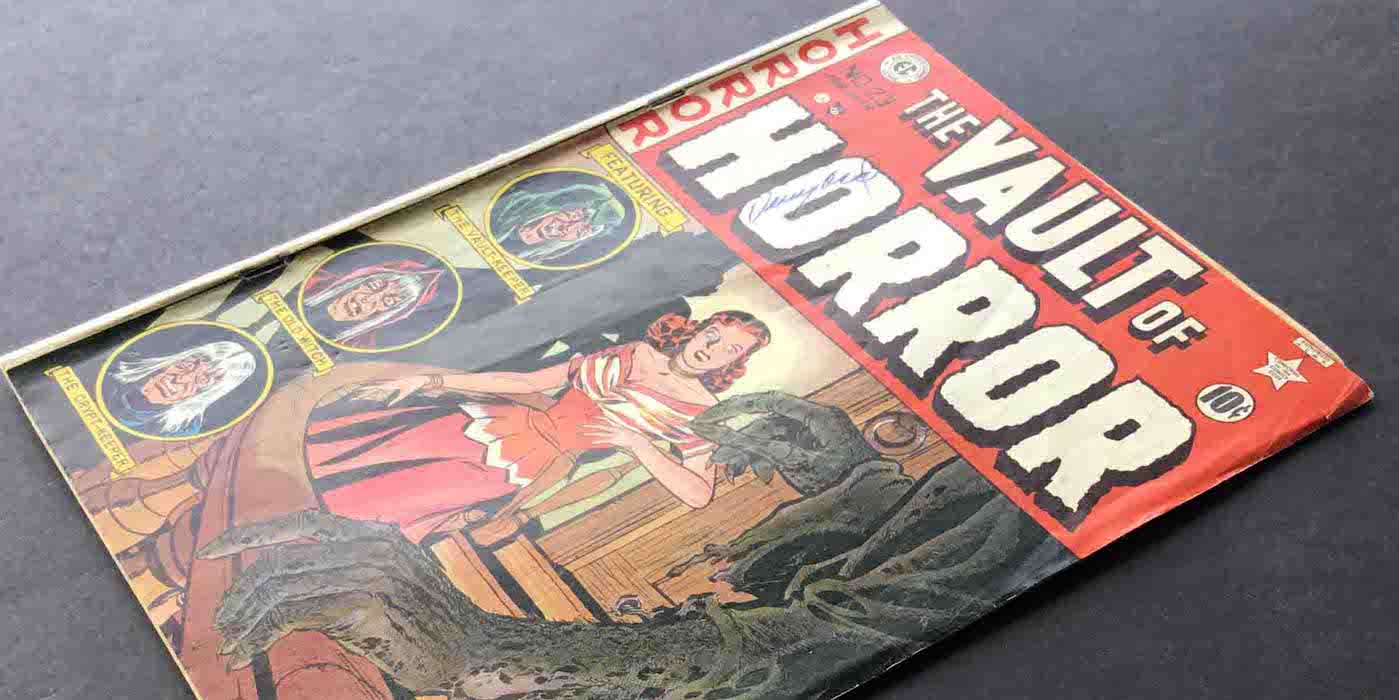 A classic comic with a mild spine roll

Very Good comics show significant wear, but they’re still desirable. Think of a comic that was read several times. Maybe it has a torn corner, but you can still clearly see the cover art and contents of the book. Heck, you could even frame it– sometimes the wear itself contributes to the aesthetic!

Spine rolls, spine splits or tears, cover detached at one staple, discoloration, water damage, and staining are acceptable. Classic comics of this quality are a great first step when you’re teaching a younger generation about collecting comics.

These comics are best for cover art projects and are still readable. Coming it at a low cost, these comics have seen a lot of love– so feel free to love them with minimal restraint. Great for young children, collaging, or just fun reading. 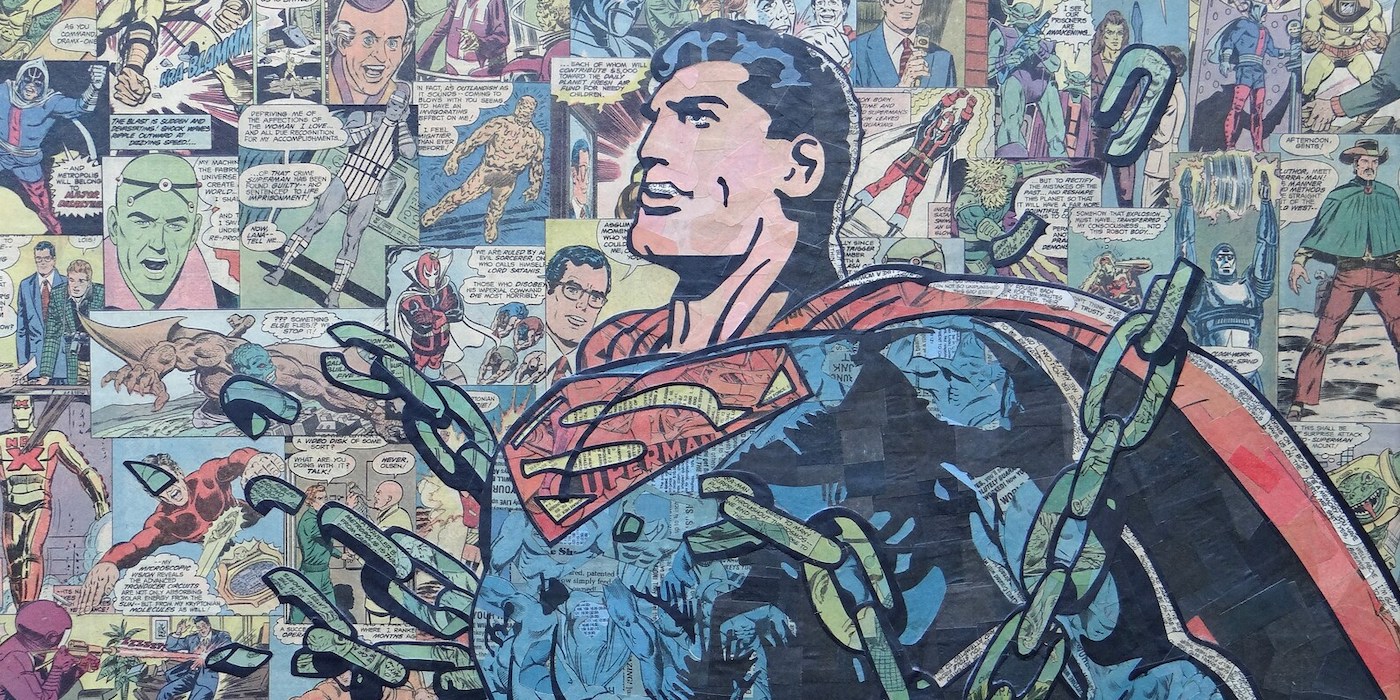 Where Should I Start?

Once you decide you want to start collecting, there are a few ways to choose. You can try for first appearances of your favorite characters, particularly one of your more niche favorites. Major events or significant moments, like weddings or costume changes, also make for fun collector’s items. If you’re planning to display your classic comics, think about what artists you love the most and pick out a few of their best covers.

However, you choose, be sure to do your research. Cross-check different buyers with similar grades, and read customer reviews before buying online. Get to know your local comic book retailer and ask questions. At the end of the day, no need to be a quality snob. When you collect what you love, the comic you guy will feel priceless.