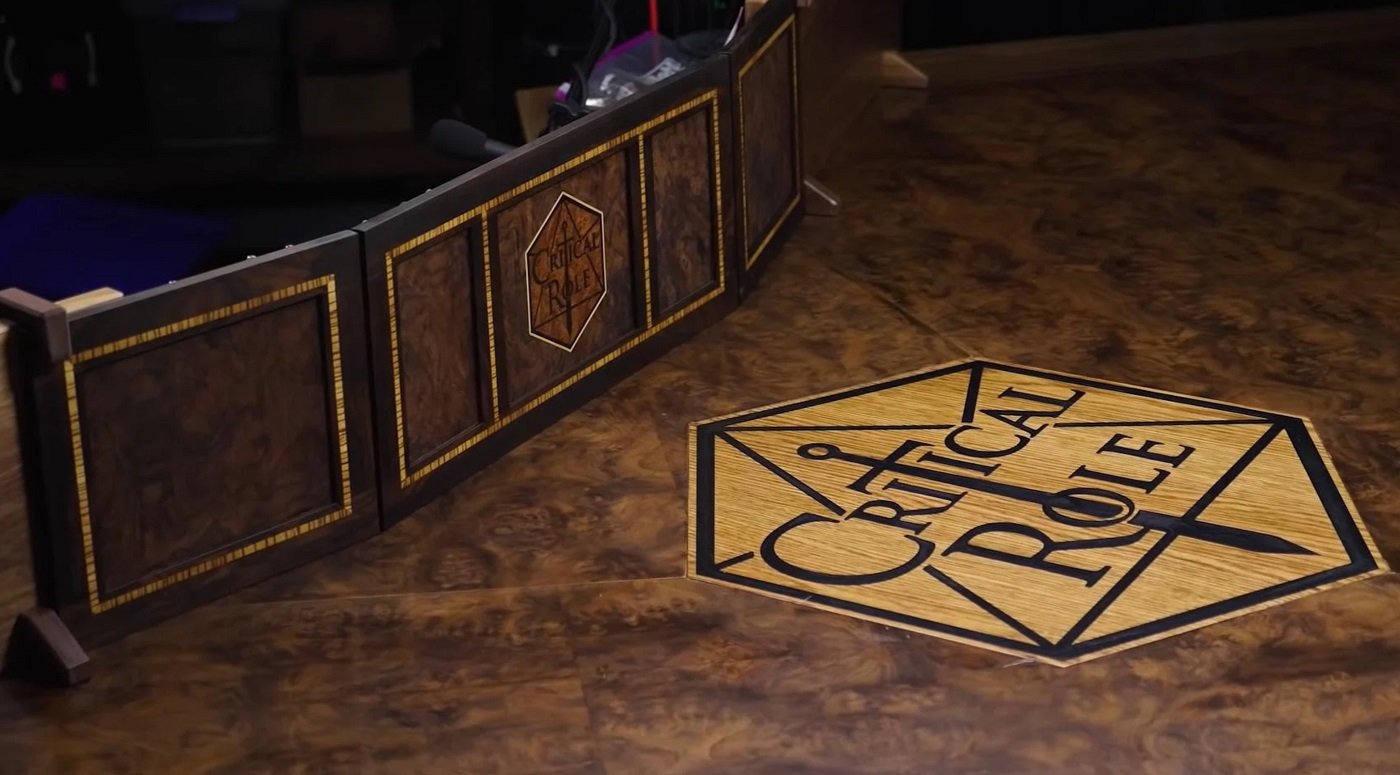 Critical Role Campaign 3 kicked off this past week with a cast of colorful characters, both old and new. Here are the heroes of Campaign 3.

It’s a brand new campaign for Critical Role, and with it comes a new adventuring party–but, in a strange twist of fate, though it’s a new party, the characters aren’t all new to Critical Role. Here’s a look at the four new heroes, and three returning faces that will make the party for Campaign 3, beautifully rendered with art from @Agarthanguide. 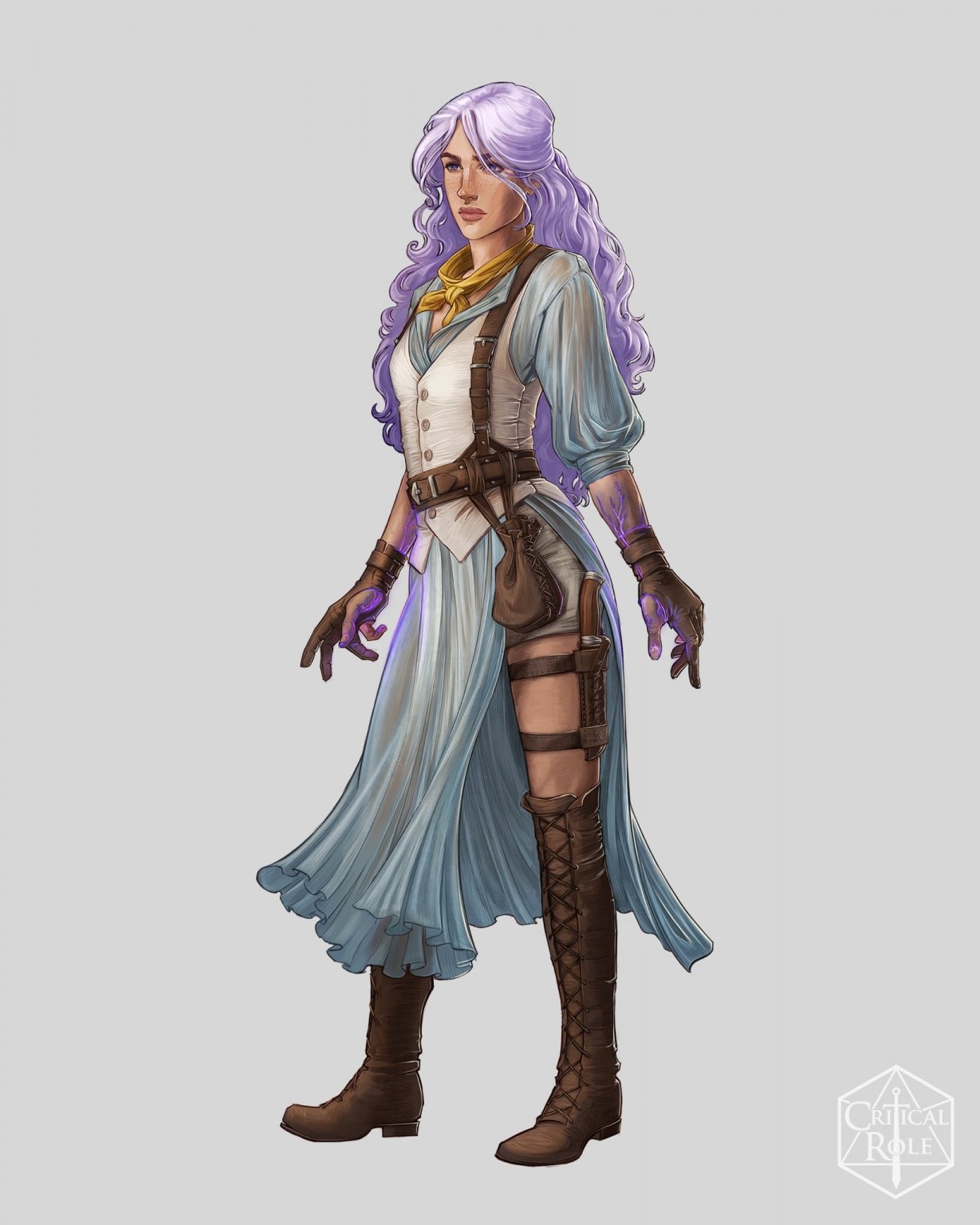 First up, Laura Bailey’s character, Imogen Temult – a Human Sorcerer with the Aberrant Mind origin. Here’s a look at her character sheet (and others) compiled from Critrolestats. 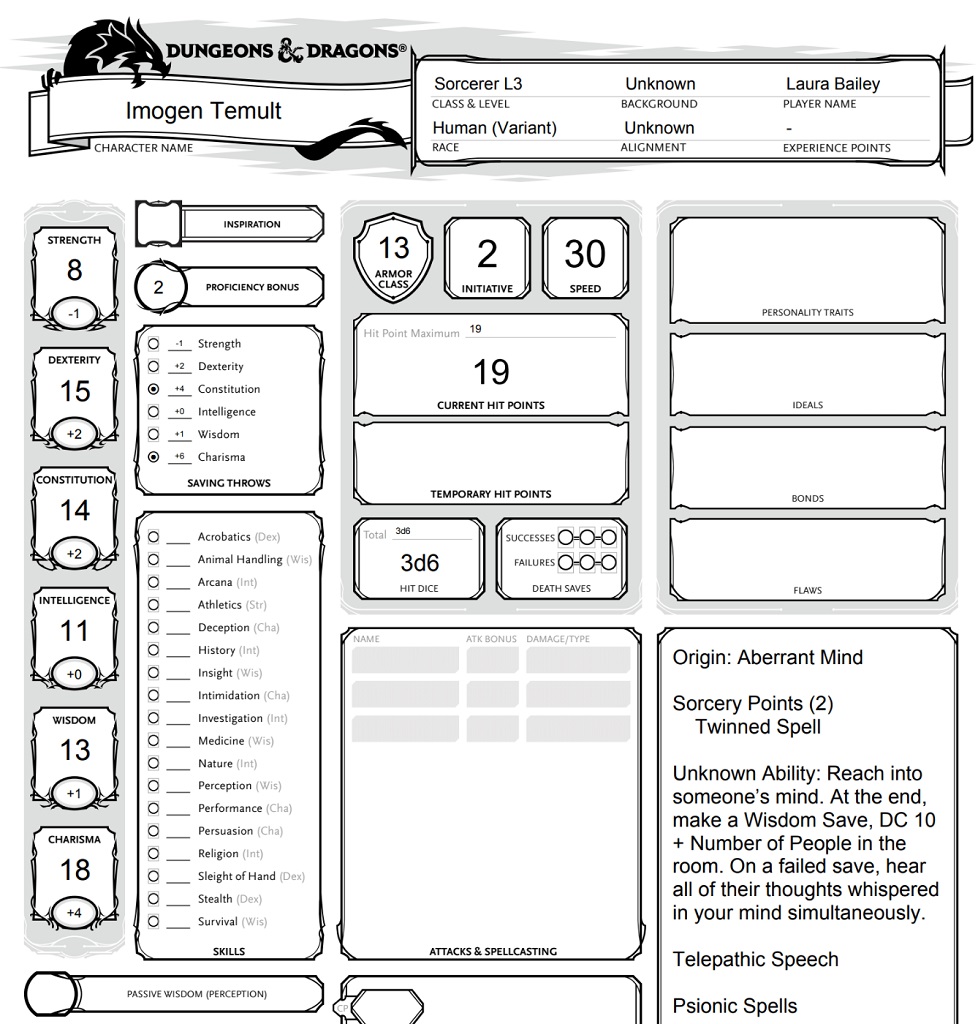 Next up, we have Marisha Ray’s, Laudna – a pale, gaunt humanoid of some kind (probably undead-adjacent, like a dhampir or revived), who is an Undead patron Warlock and a sorcerer whose origin has yet to be revealed. 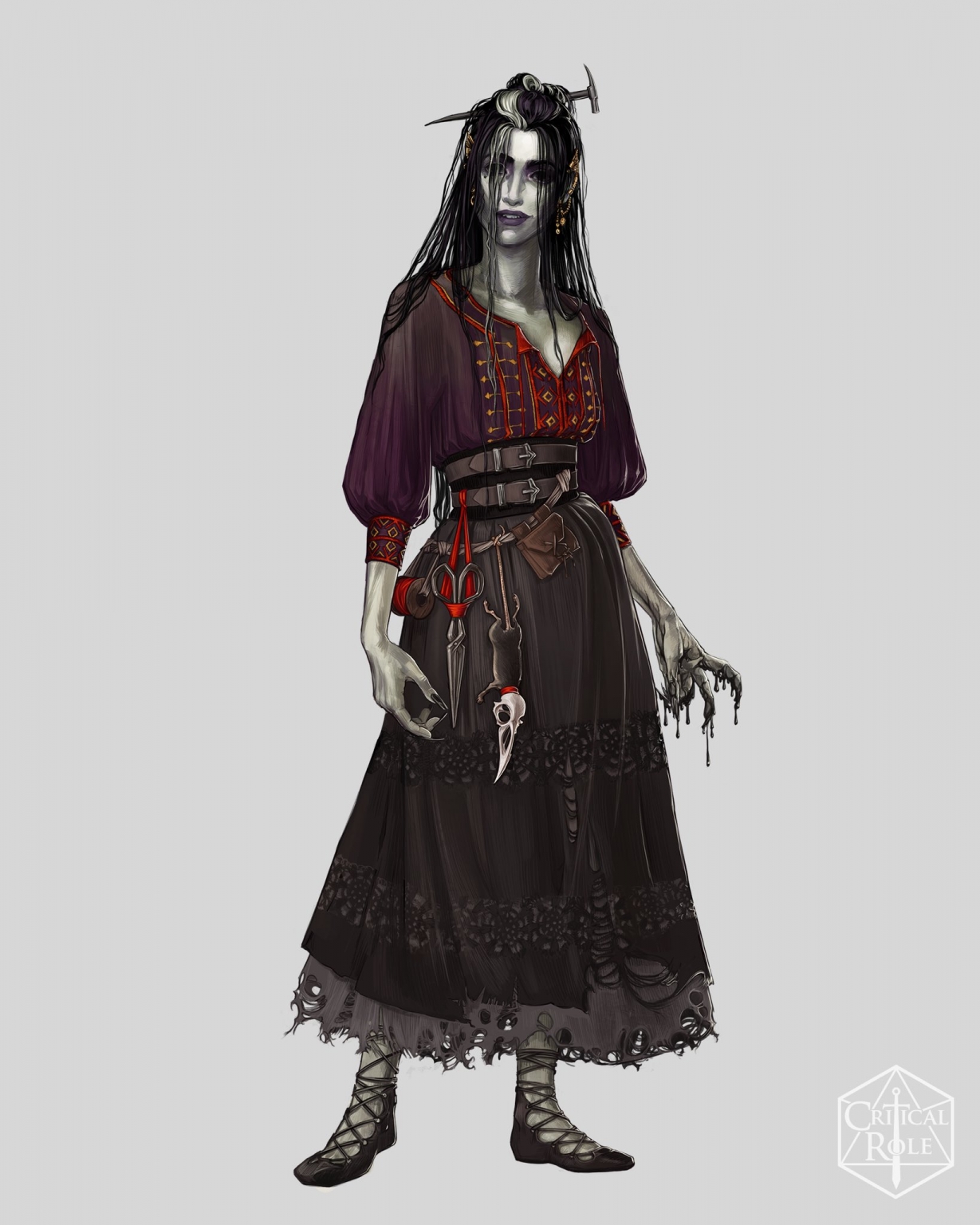 And here’s a look at her sheet: 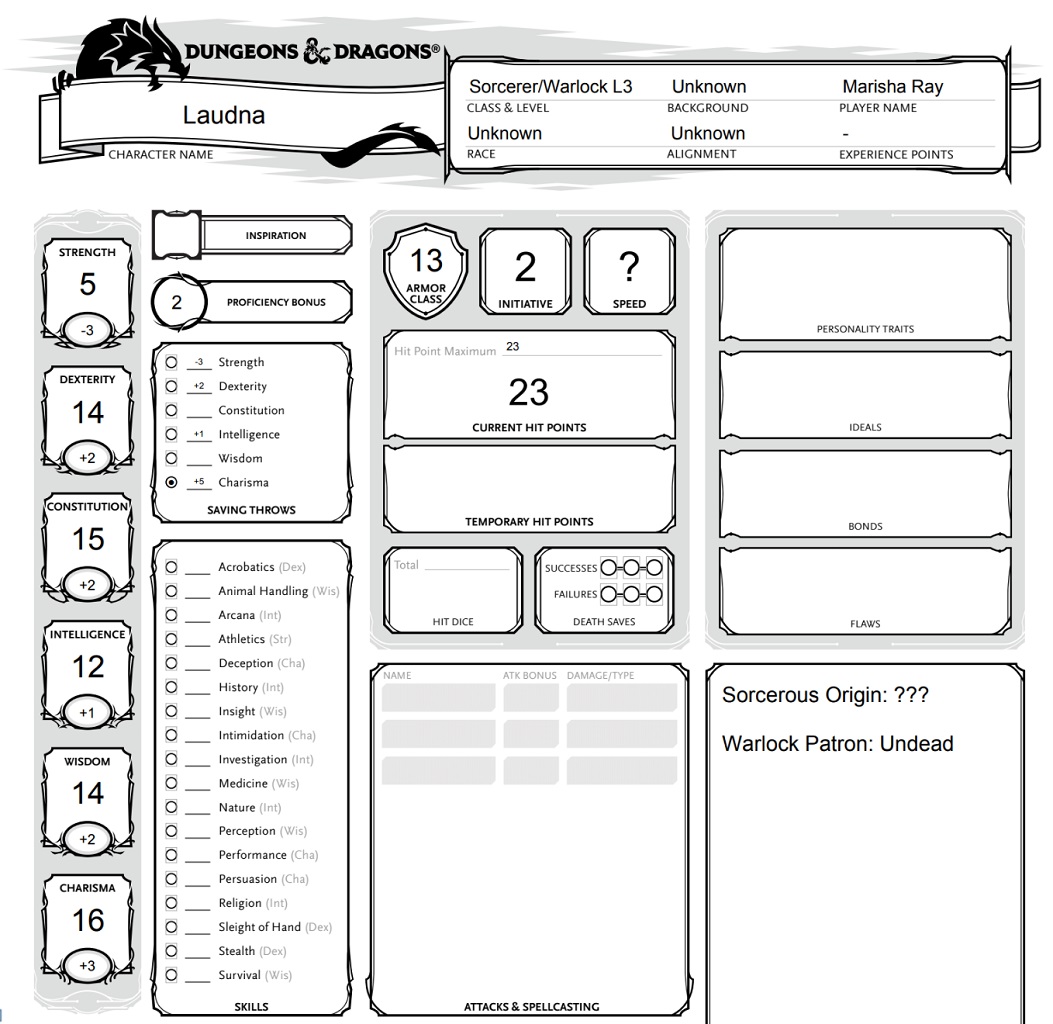 Then there’s Taliesen Jaffe’s Ashton – an earth genasi barbarian following the Path of Funamental Chaos, a homebrewed subclass that DM Matt Mercer and Jaffe “cooked up together.” 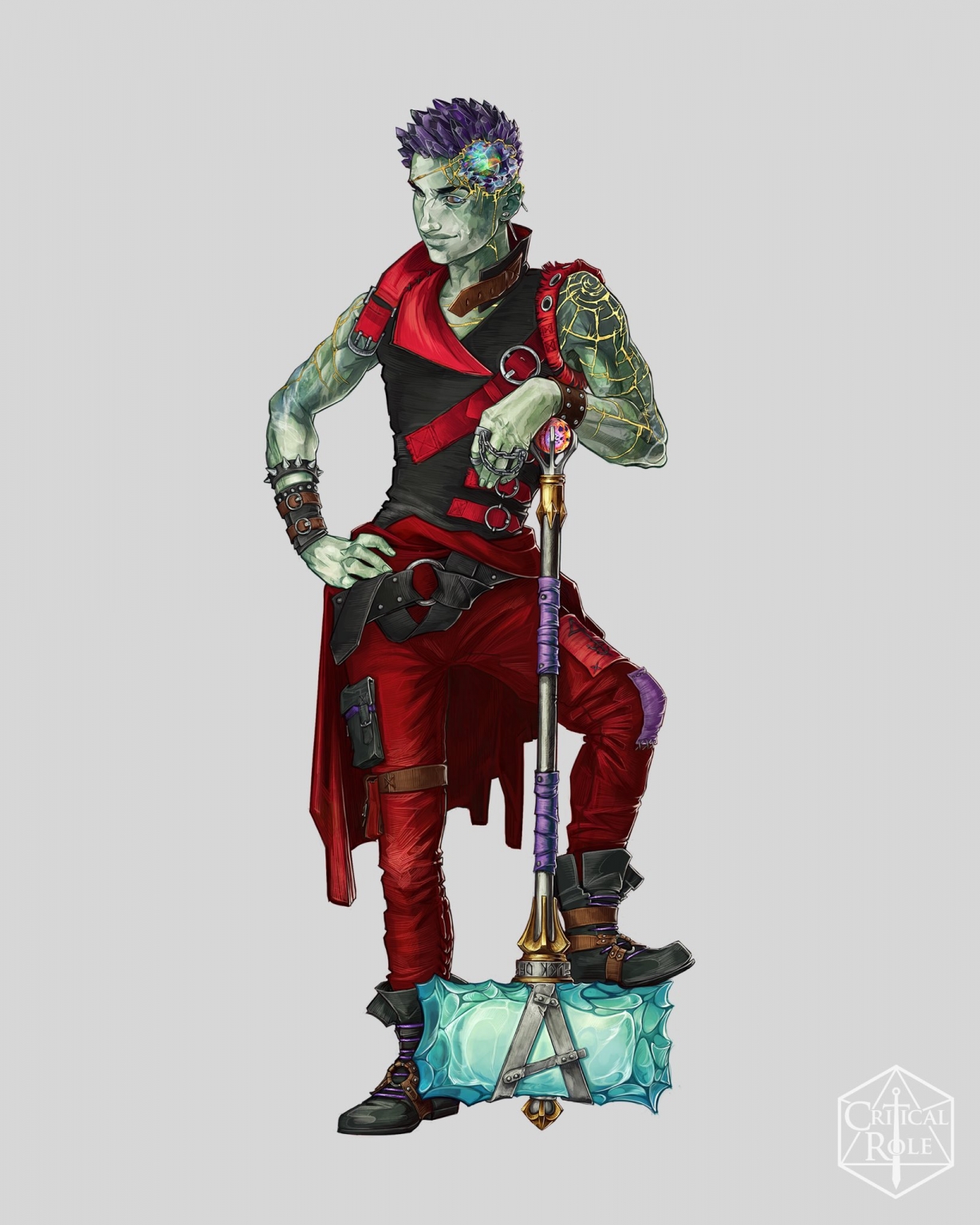 Here’s a look at the sheet: 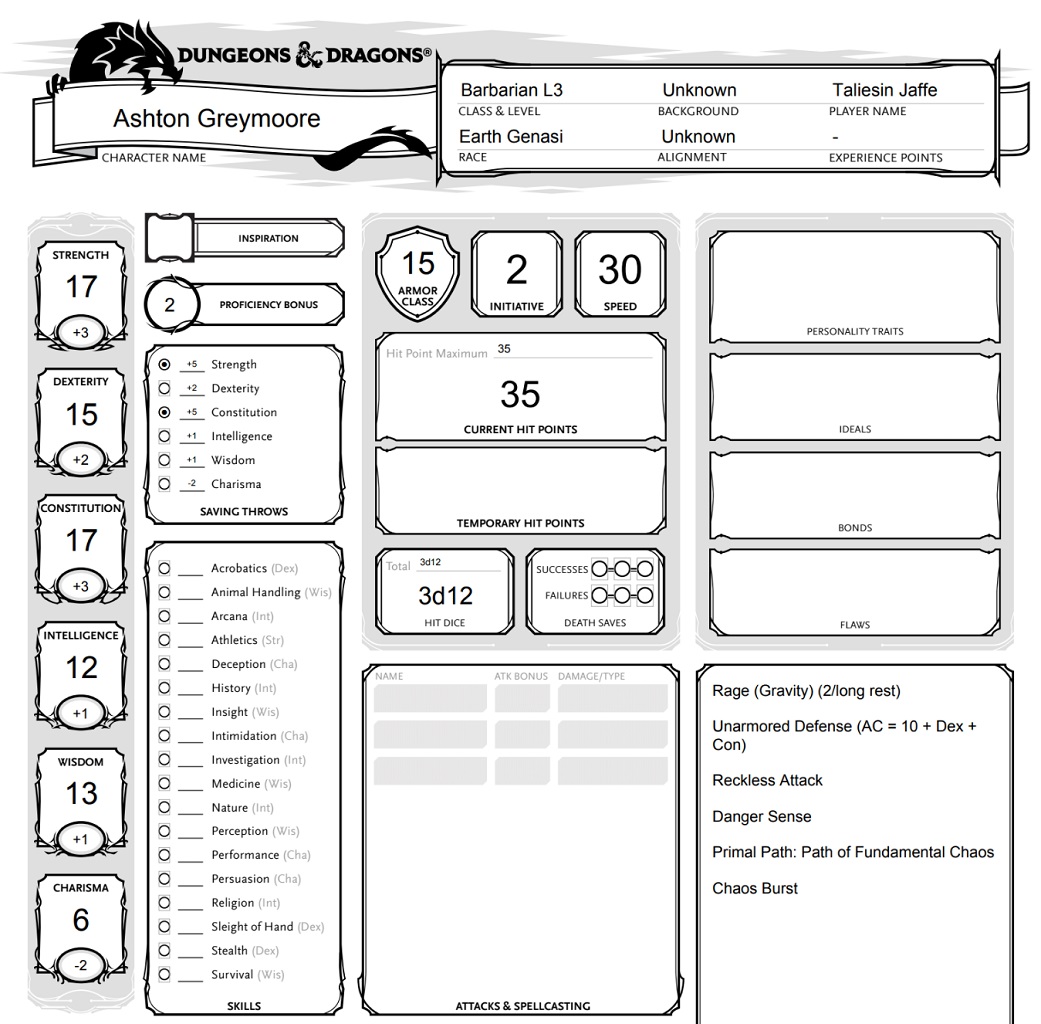 And his companion, Sam Riegel’s character, Fresh Cut Grass – an ‘Aeormaton’, a robotic construct from the days of Aeor, and also a Cleric with yet another homebrewed subclass. 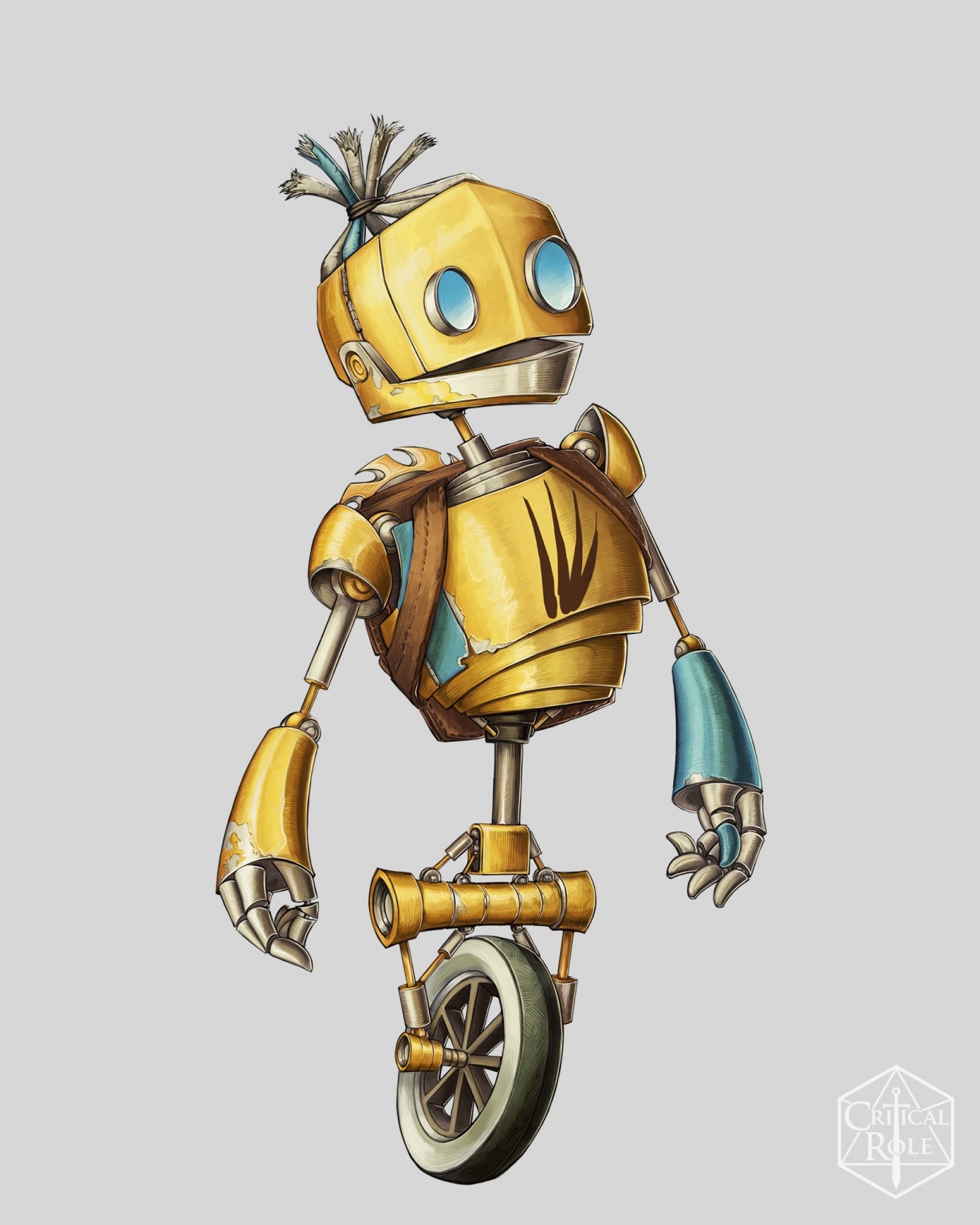 Let’s take a look at  their stats. 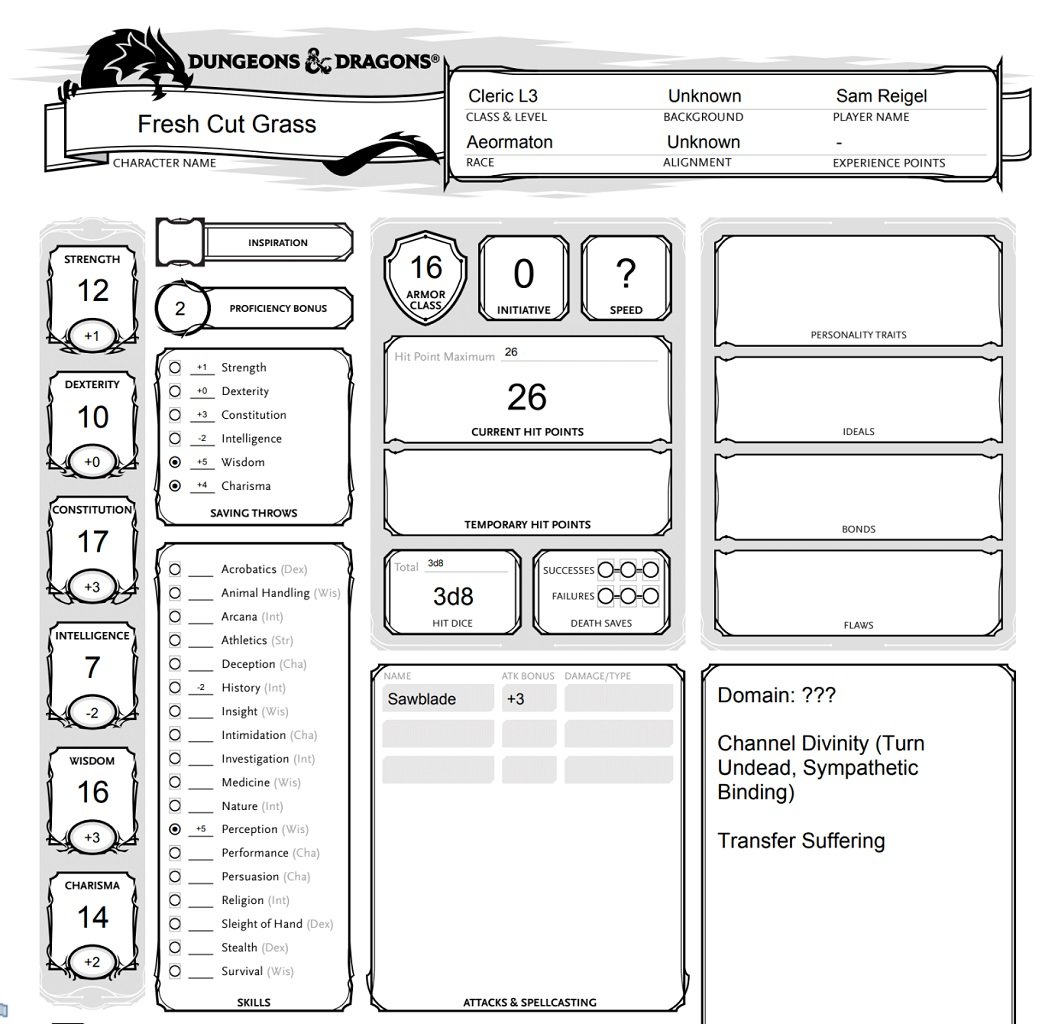 Which brings us to the next batch of characters.  These are all returning faces, who’ve been reimagined, just a little. From Exandria Unlimited, we get three characters, the first, Ashley Johnson’s Fearne Calloway – a Satyr (who takes the appearance of a Faun) Druid from the Circle of Wildfire. 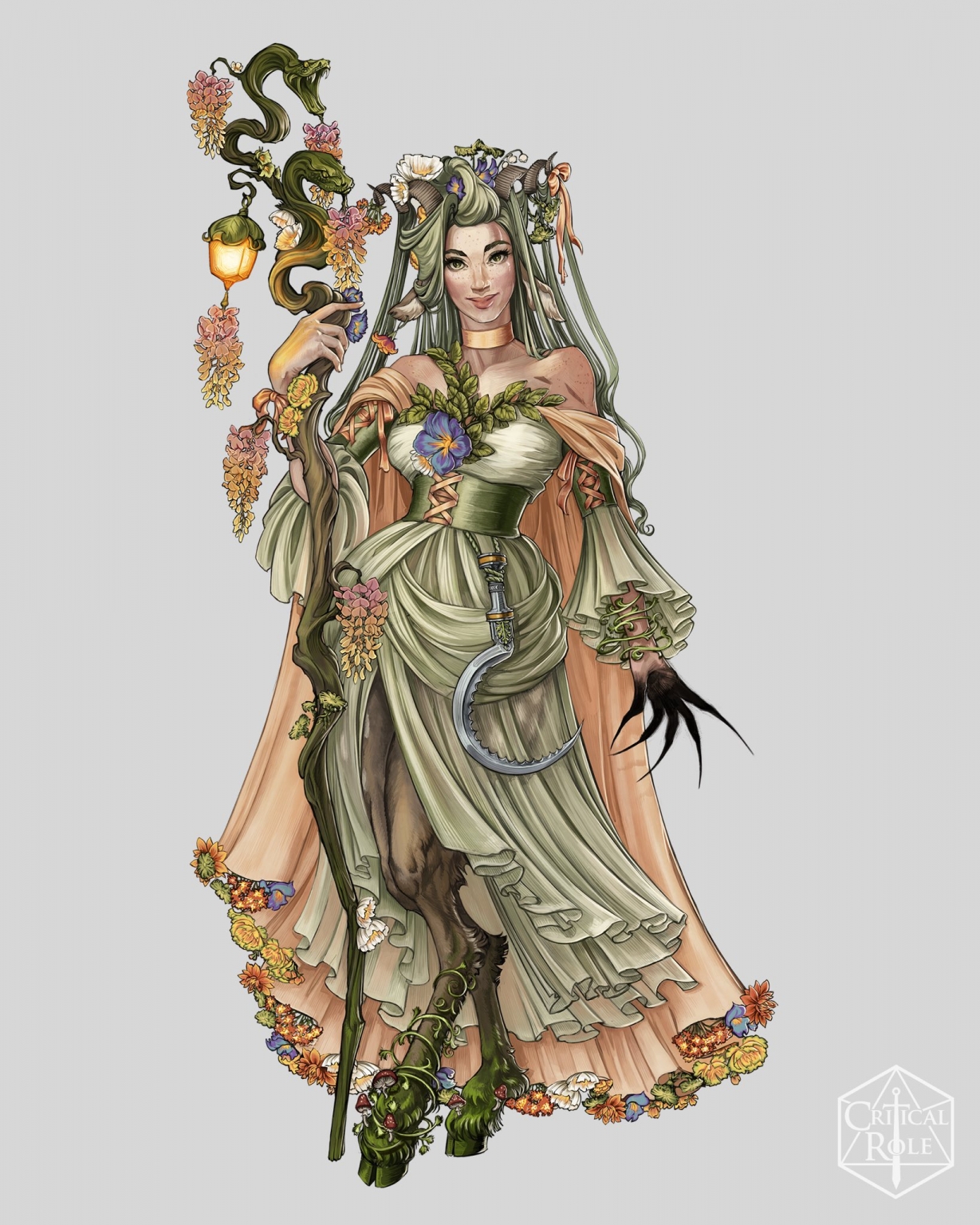 Fearne’s stats have gotten a bit of a bump from the ExU days: 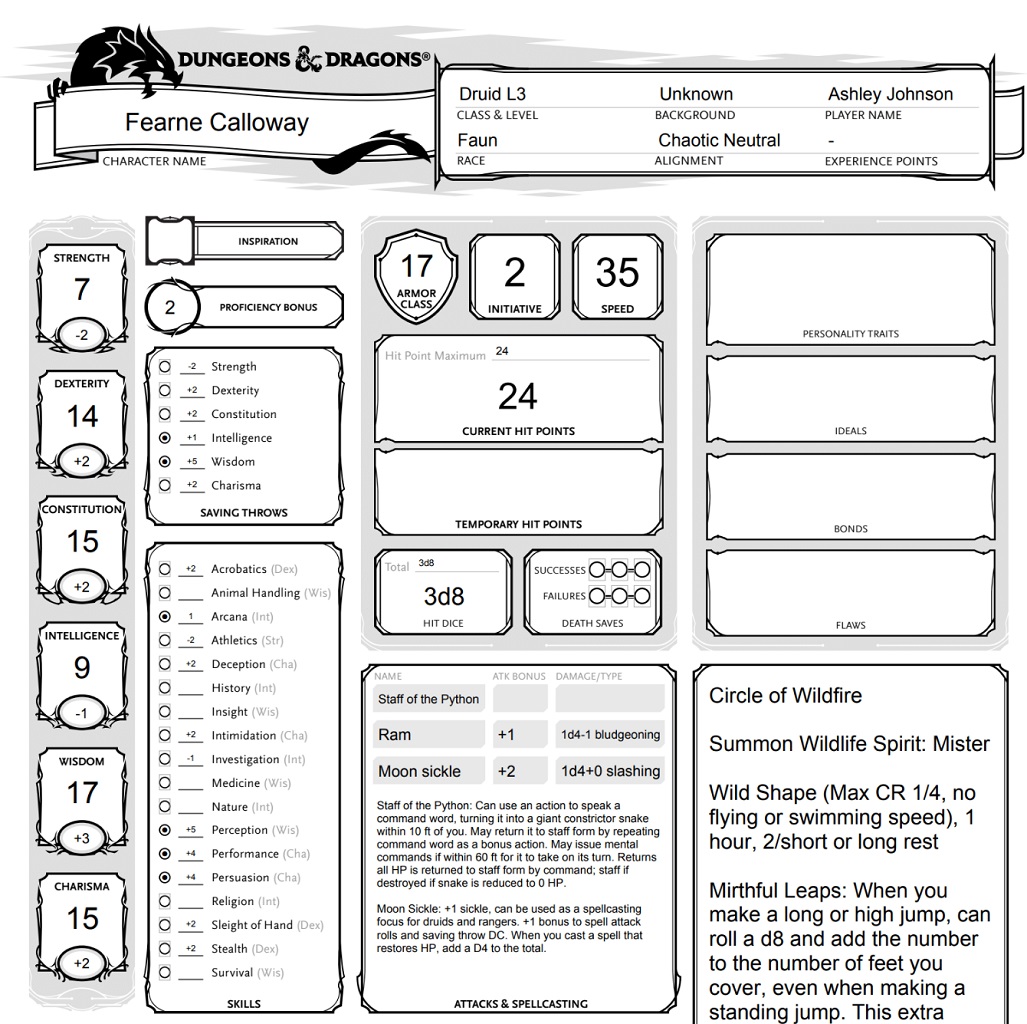 Then there’s Liam O’Brien’s Orym – a halfling Fighter who is a Battle Master with several maneuvers. 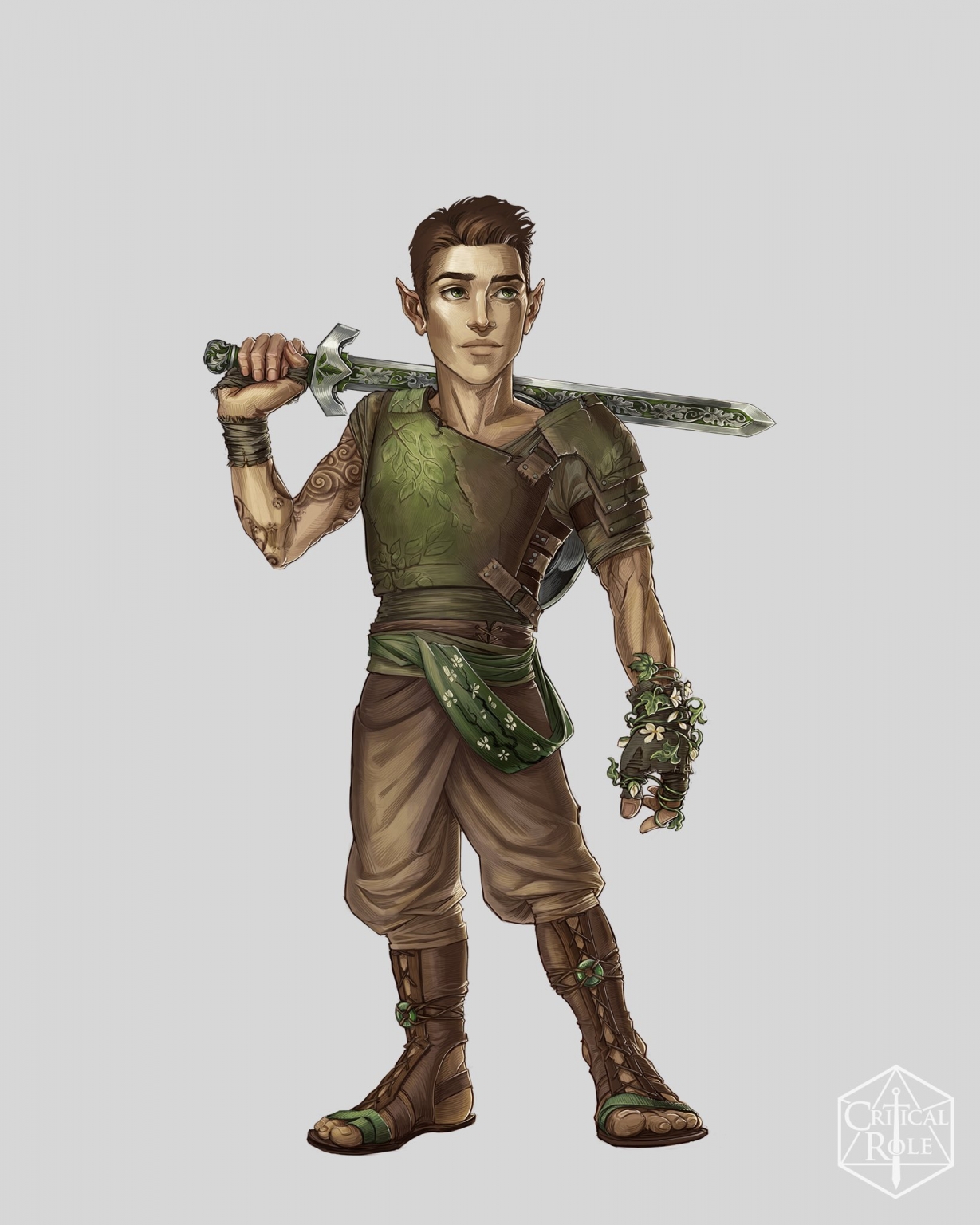 What maneuvers you ask? Let’s take a look. 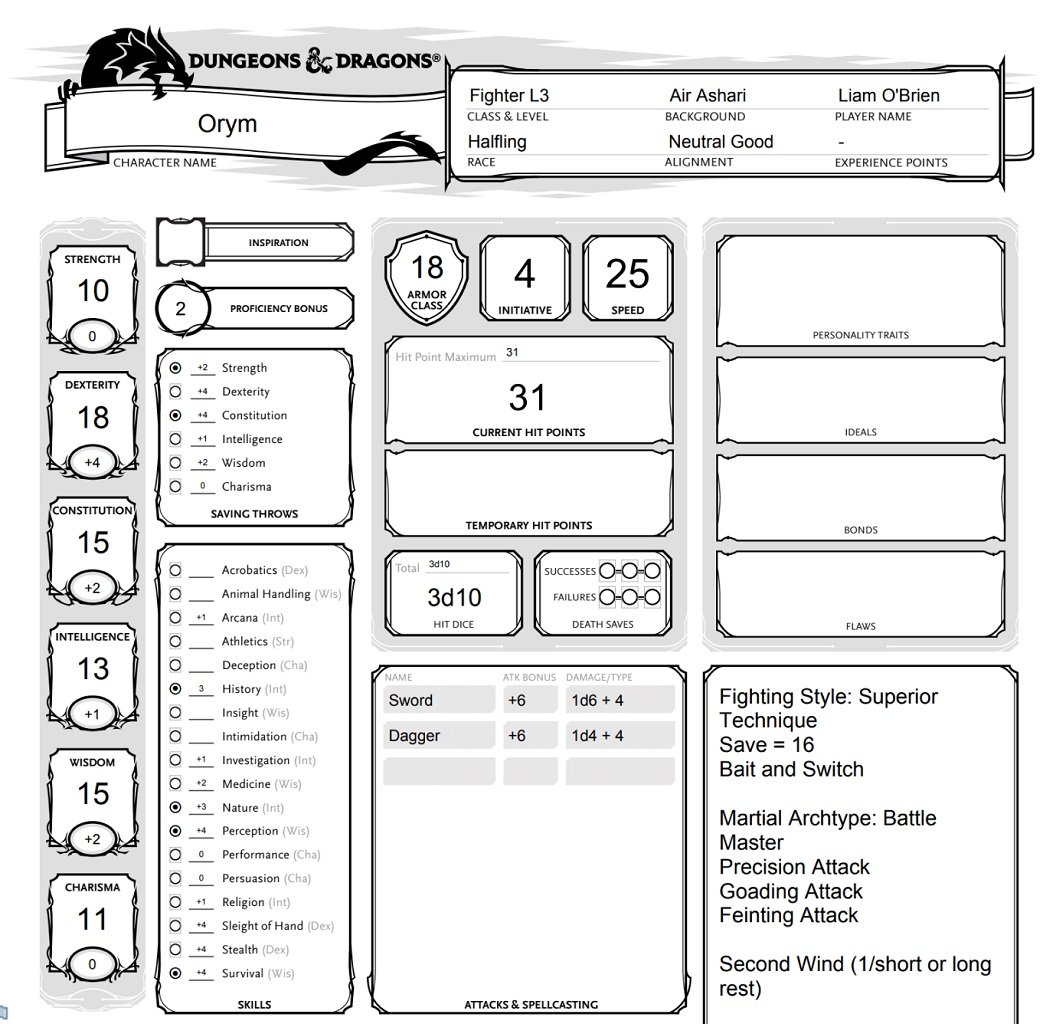 And finally from Exandria Unlimited, Robbie Daymond’s character, Dorian Storm – an air genasi bard from the College of Swords. 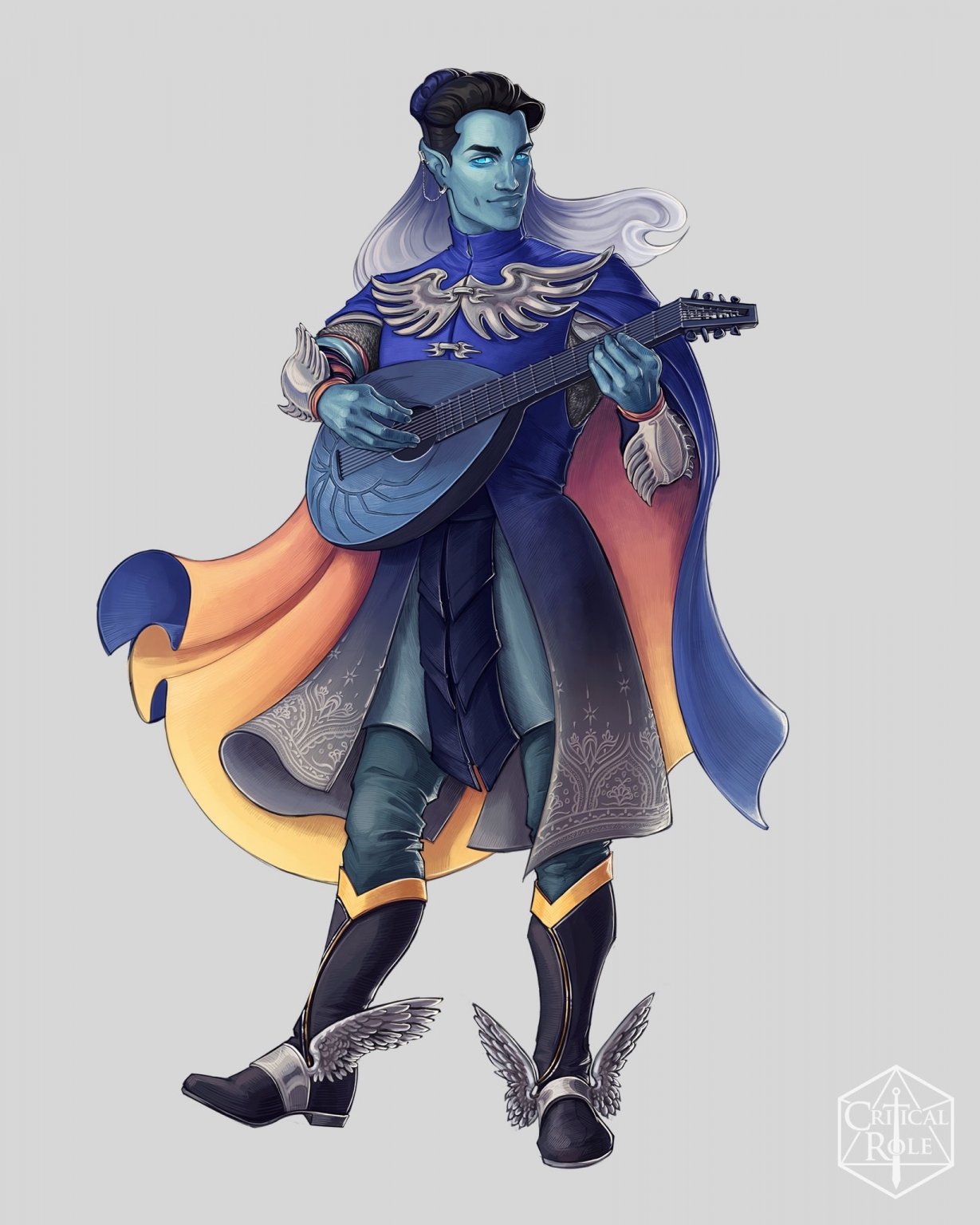 Dorian, Fearne, and Orym are just beginning to explore their “fated paths” according to Mercer on Twitter. Their character stats have been rerolled–as Campaign 3 is using rolled stats with a grand total of above 70 to get things going. 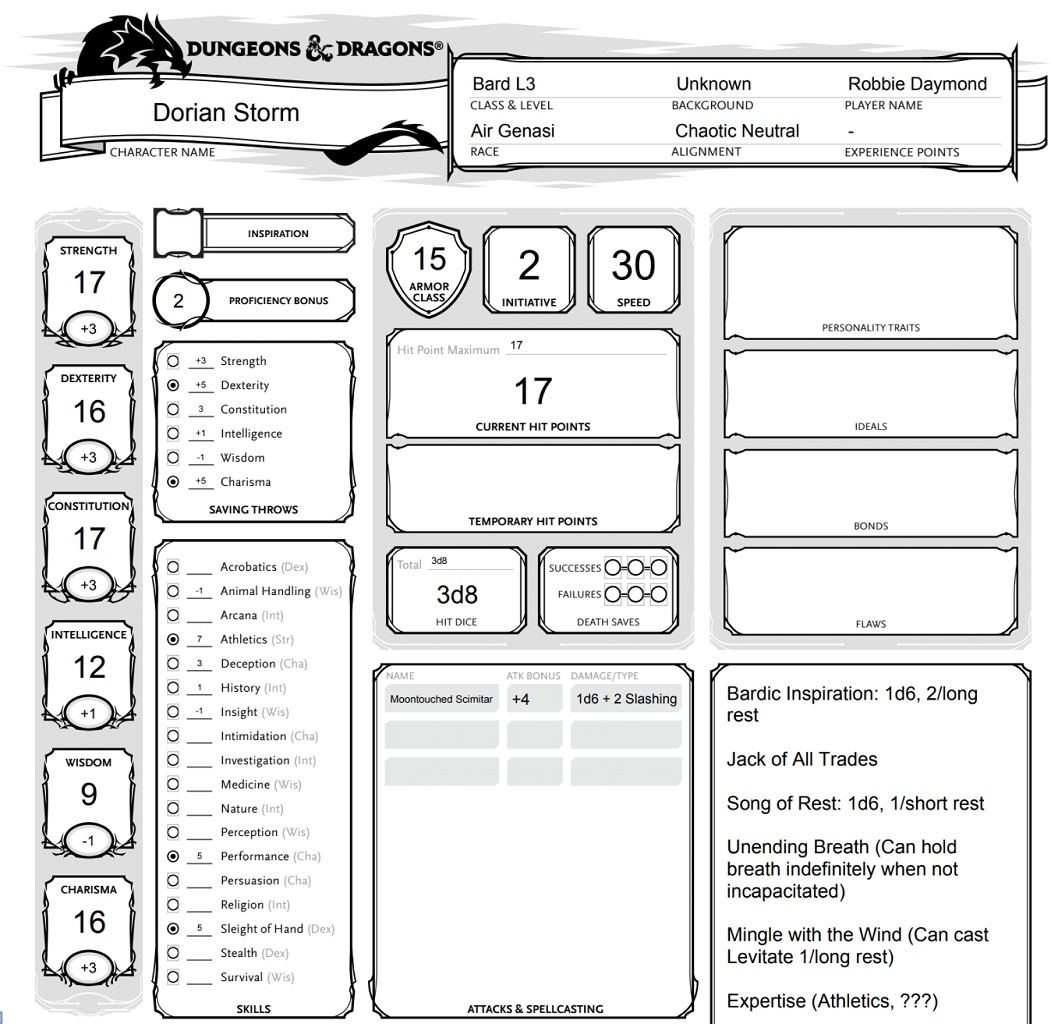 Then a returning face from Campaign 1, Travis Willingham’s character, Sir Bertrand Bell – a human fighter who first appeared in the one shot: The Search for Grog. 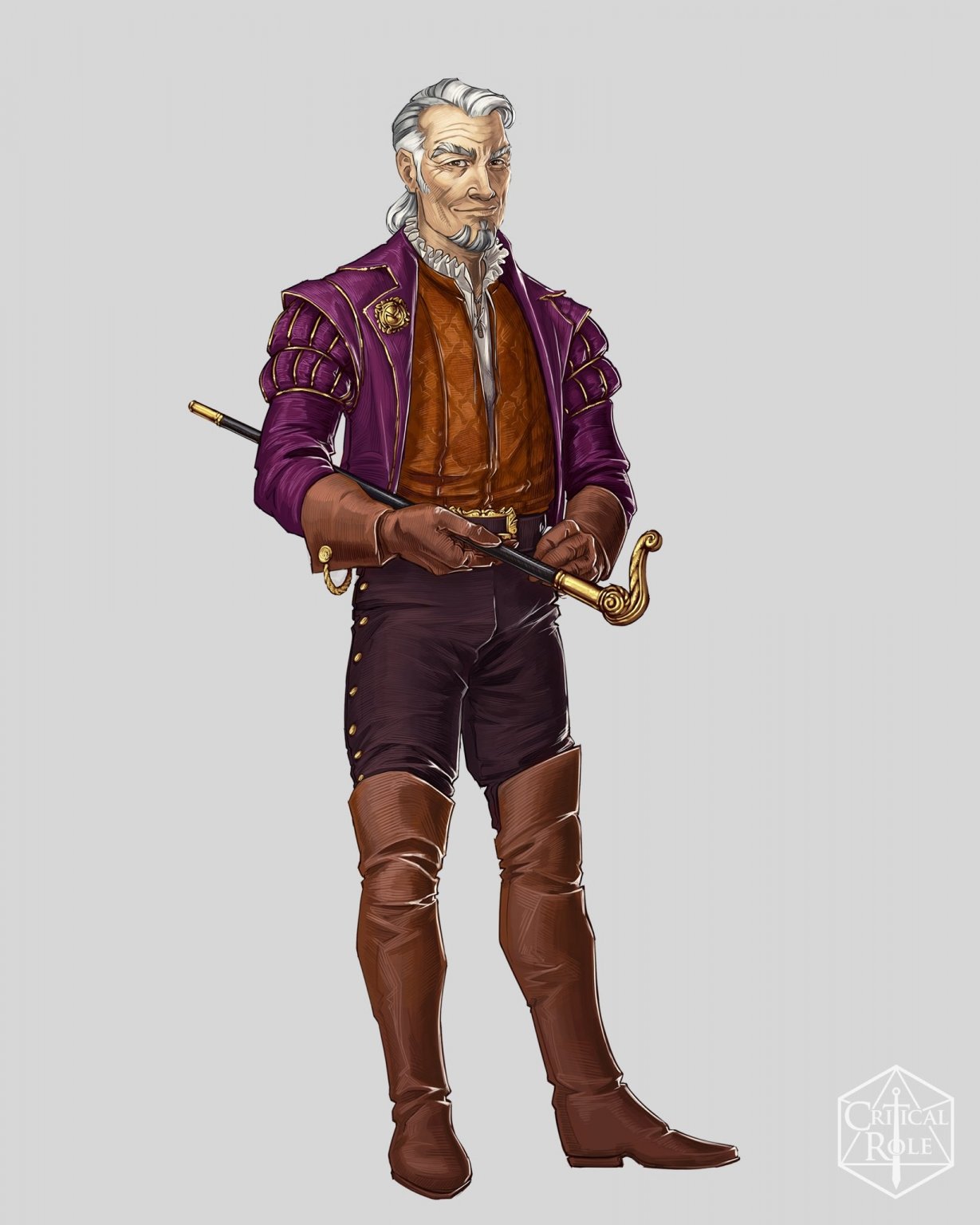 Though he seems to have fallen from 18th level to 5th Level, per his character sheet. 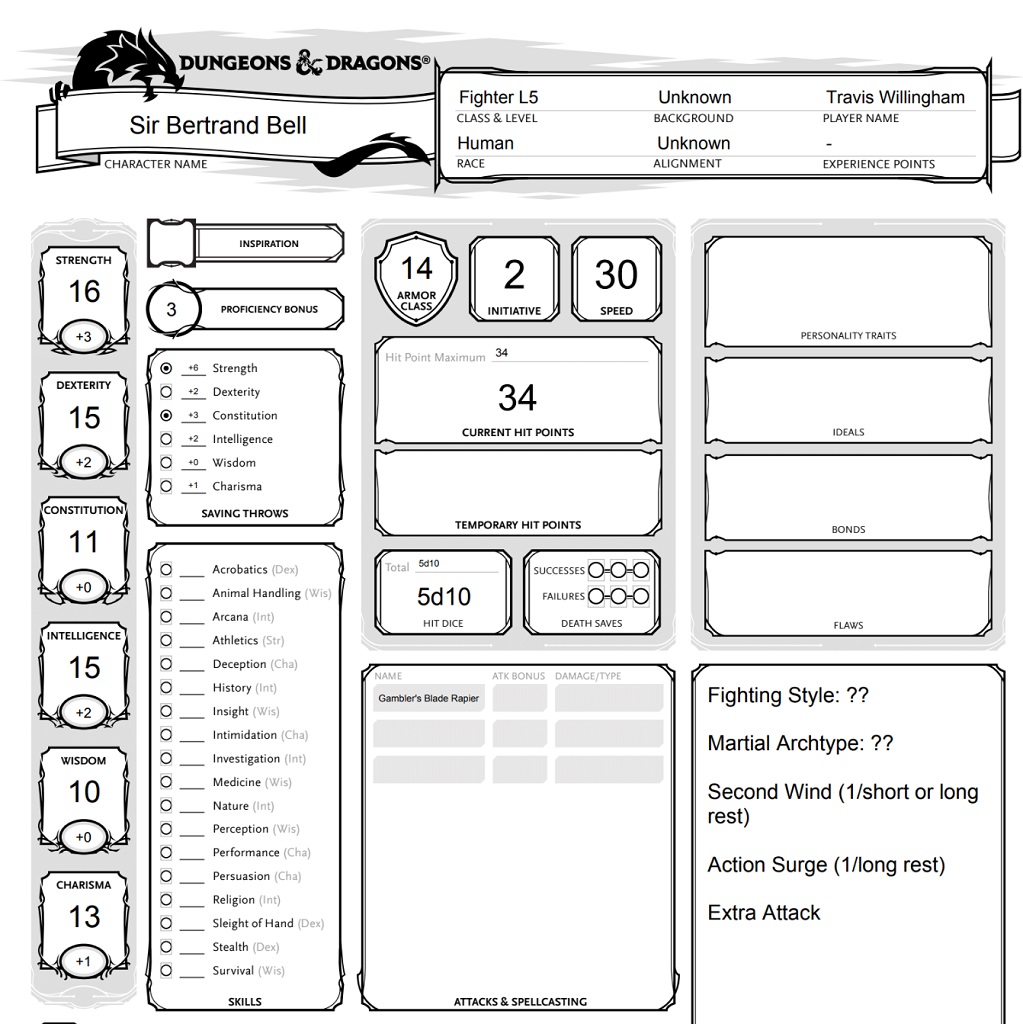 And according to Mercer, Travis is a Troll.

Travis is a troll.

So who knows how long Sir Bell will be around.