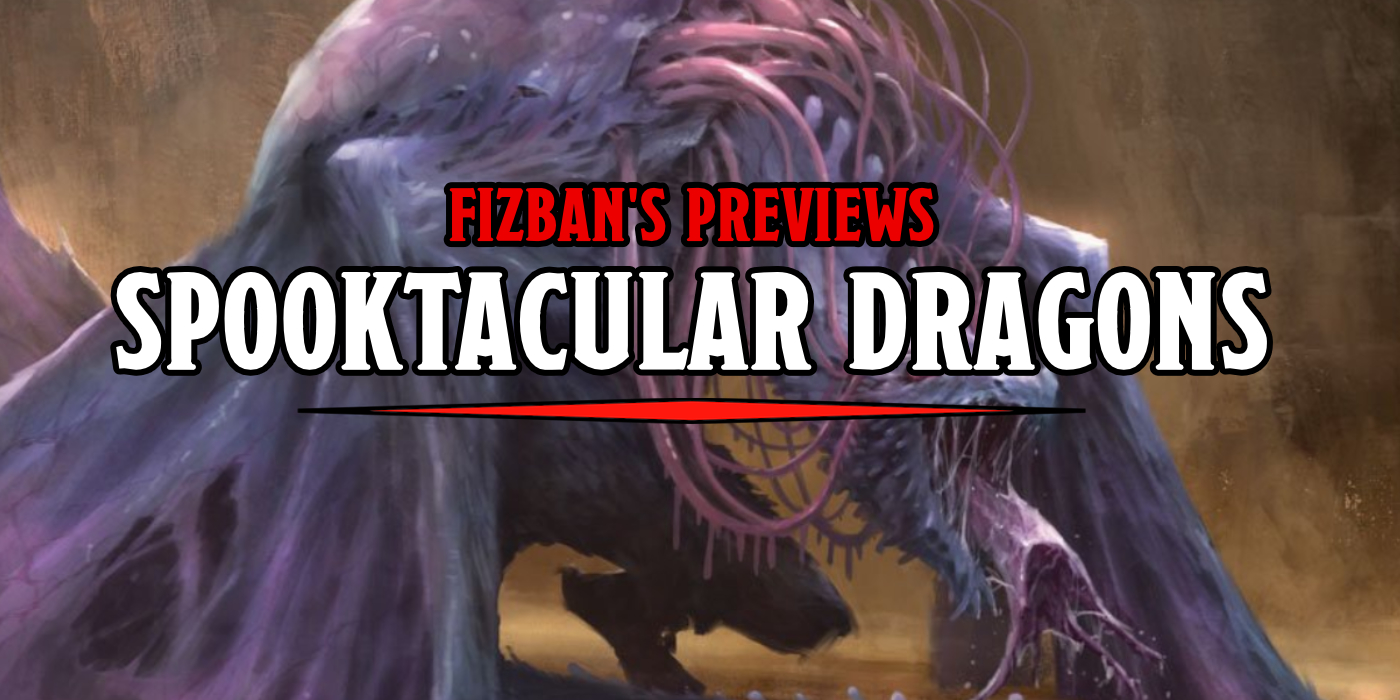 There’s a dragon’s hoard of new previews just ahead of the release of Fizban’s Treasury of Dragons. Check out Ghost Dragons, Liondrakes, and more!

Fizban’s Treasury of Dragons is packed full of majestic dragons that embody whole concepts. You’ll find beautiful gem dragons, whose scales glimmer like jewels in the sun, and whose wisdom grants them extraordinary powers.

But you won’t be seeing anything like that today! Nope, today it’s a spooktacular preview of Fizban’s distressing and terrifying new dragons and dragon accessories. We’re talking ghost dragons, eye drakes, and more. All of this debuted on D&D Beyond’s  Youtube Channel, so let’s take a look. 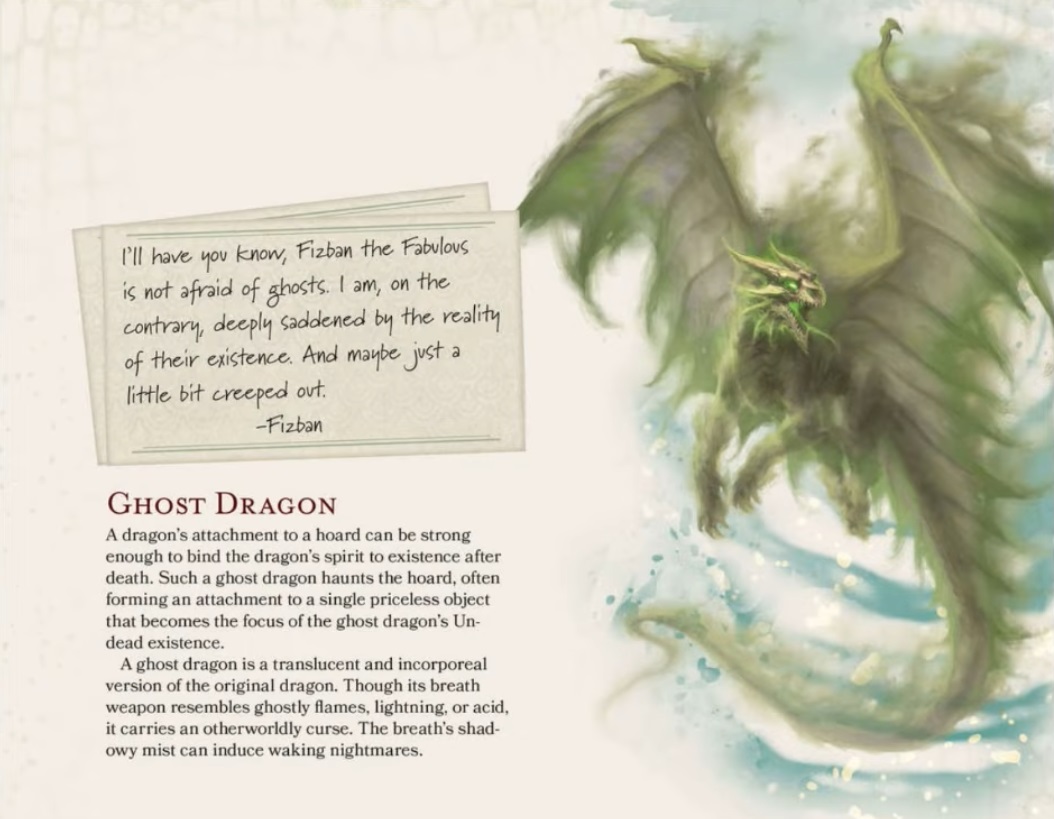 First up, the g-g-ghost dragon. Not only will it immediately terrify any meddling kids who happen to be investigating the old mill, but it’s an interesting encounter. As a ghost dragon, its spirit is bound to the hoard. Don’t be too smug if you defeat the dragon in combat– after all, it might still be haunting your magical sword, and it might continue to show up until you can exorcise it from the object it haunts. Oh, and also it breathes nightmares. 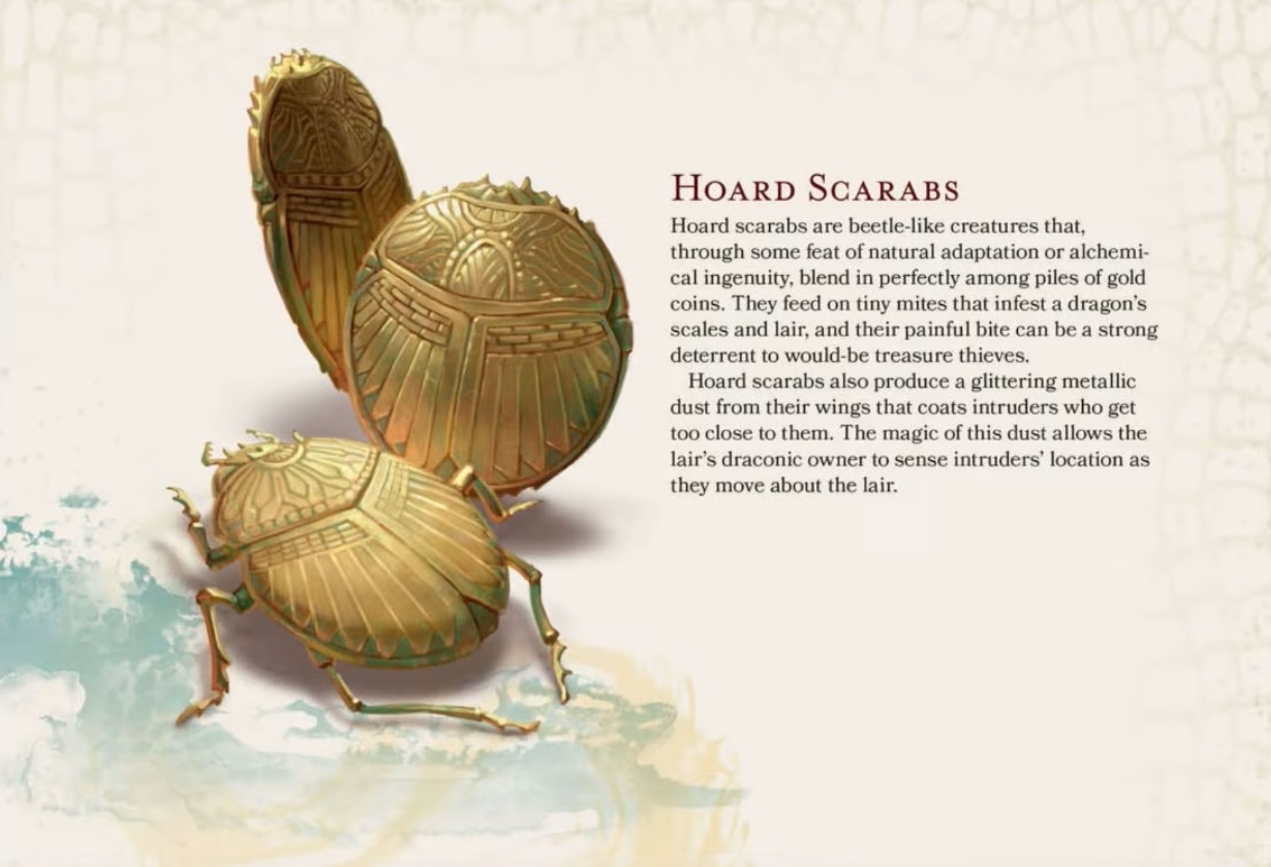 No, Hoard Scarabs are not the all-devouring scarabs from the movie most responsible for your bisexual awakening, The Mummy (1999). They’re more like ink packets in a bank vault. They blend in with a dragon’s hoard and can coat you with dust that allows a dragon to sense you– wherever you are in the lair.

Of course, it’s only a matter of time before someone captures a bagful of hoard scarabs and trains them to return on command. Then, they just go through towns “paying” for things with these little critters, who then return to their trainer later.

Liondrakes are voracious predators who make perfect monsters for stalking and hounding a party that happens to blunder in its domain. Previously known as Dragonnes, it’s a great idea for a supernatural predator that can hit and run and be a constant presence before you work your way up to a dragon.

Of course if you want spooky dragons, look no further than the Eyedrakel. This baby is a Beholder’s dream of a dragon given form and a distressing amount of flesh. 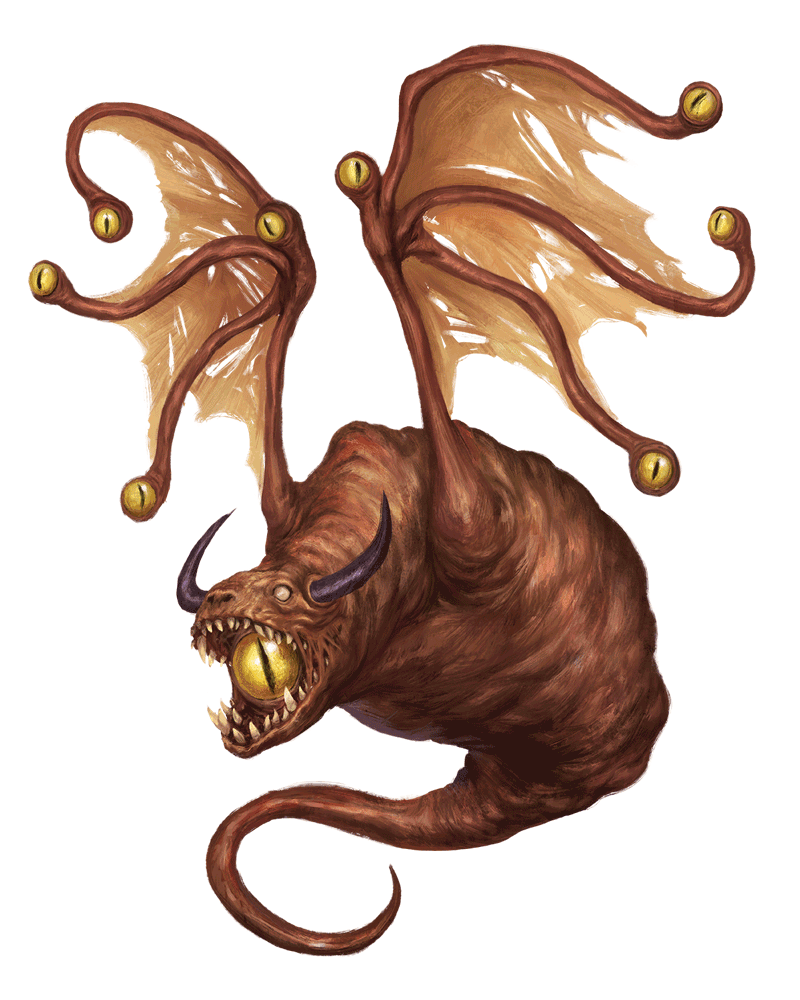 It has eyestalk wings. And it’s awful.

Or how about the Elder Brain Dragon? That’s just a dragon infested by an Elder Brain: 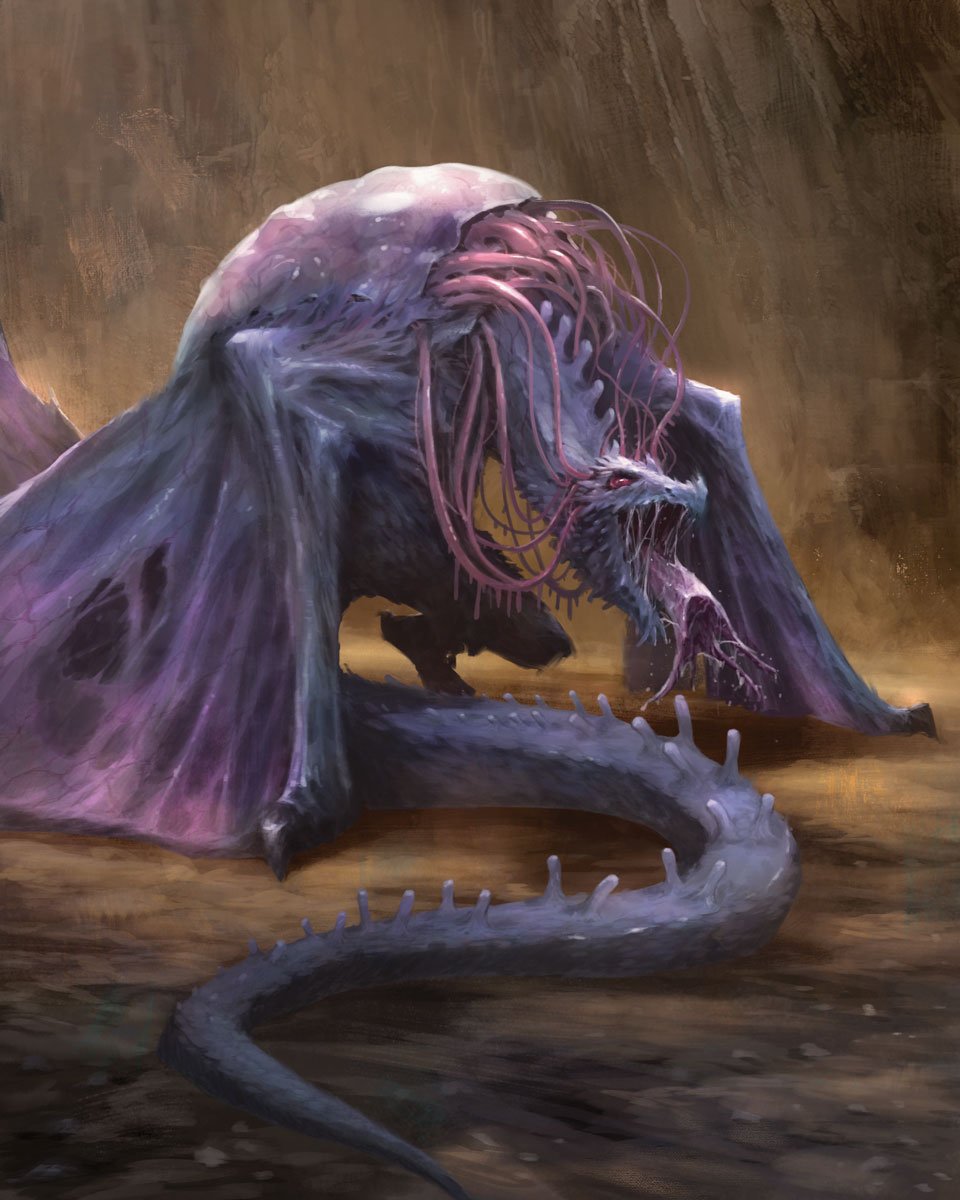 Nope, no thank you, no fun at all.

For better or for worse, all of these horrific dragons await you in Fizban’s Treasury of Dragons, due out next Tuesday, October 26th. 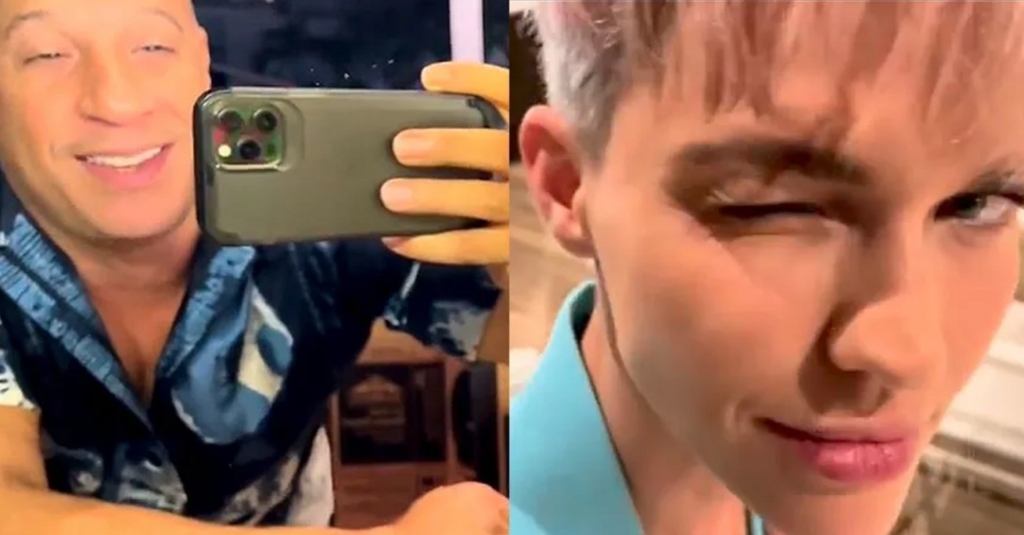