‘Eternals’ Explained: Answers to All Your Questions About the MCU’s Next Film 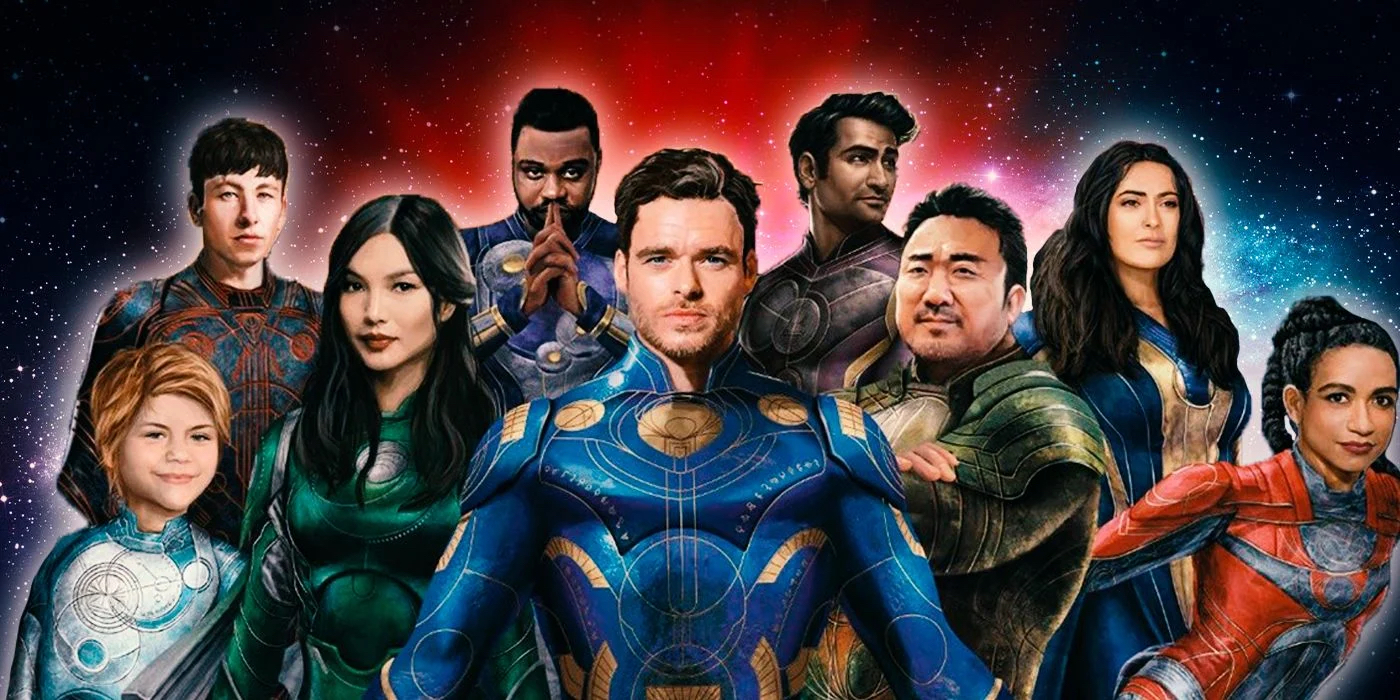 It’s the MCU’s first think-outside-the-box origin film, and fans have questions. Before it hits theaters, here’s The Eternals explained.

Who are the Eternals, anyway? What’s an ‘Emergence’ and why is it a big deal? And where the heck have these guys been while Thanos was setting the MCU on fire? Answers to all these questions and more: here’s The Eternals explained. 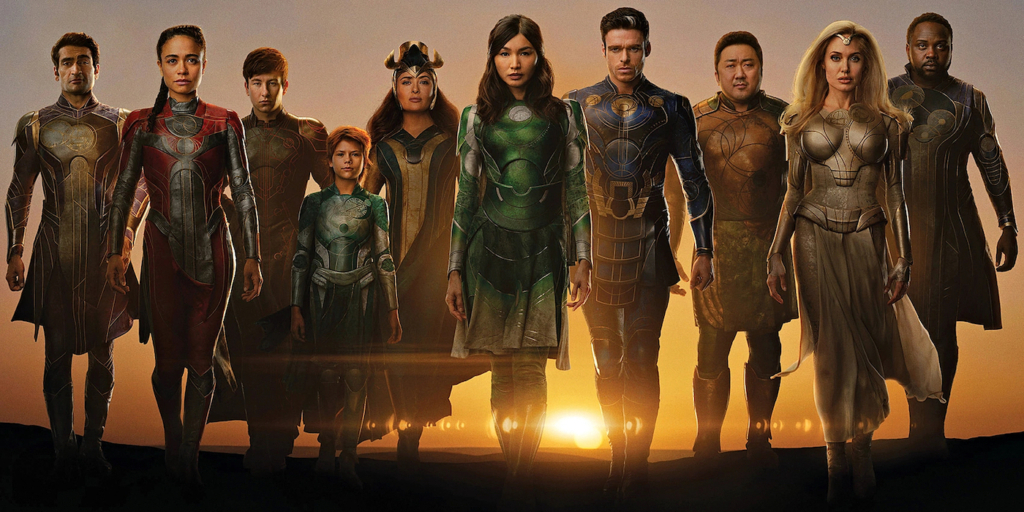 Who are the Eternals?

Jack Kirby had a knack for creating extra-worldly cosmic beings that changed both the Marvel and DC comic book universes. The Eternals were a group of cosmically-powerful beings created by the Celestials to protect humanity.

But living among them gets complicated in the MCU’s newest and most unique origin story. And the star-studded cast had plenty to say about what it meant to them to be Eternal.

What is the Emergence?

Based on the comics, the Emergence could be one of two things. The first and most obvious? Deviants are popping up like daisies after having been extinct for years. The film trailers confirm this, and while these beasts are terrifying, they may not be the cosmic-level threat our team will face.

The other possible emergence involves the Celestials. And if these guys are involved, Earth is in for some big-time drama. Celestials like to drop in on planets and play high-stakes Judge Judy. Since the Eternals basically work for the Celestials, time spent among the humans could be the source of a major moral dilemma for our lead characters.

Why Didn’t the Eternals Stop Thanos?

In the beginning, the Eternals were sent to Earth by the Celestials to protect humanity from the Deviants. This race of monstrous creatures survive on a diet consisting exclusively of people-meat.

While the Eternals could intervene to keep humans from becoming an ancient monster’s breakfast, they were forbidden from getting involved in human affairs on the whole. Much of the film revolves around their conflict with this command. In the clip above, Ajak (Selma Hayek) explains to Icarus (Richard Madden) that seeing humanity undo the snap changed her perspective on their role.

Who is The Black Knight?

Game of Thrones favorite Kit Harrington will play a new character to the MCU named Dane Whitman. His role in the film isn’t a huge one, but it’s likely he’ll be called to the screen again in future MCU stories.

Whitman’s character is known in the comics as the Black Knight. Much like the Eternals, his backstory stretches far into the history of the Marvel universe.

Before Marvel’s great spandex era, the knight of Camelot Sir Percy wielded the title of Black Knight and the Ebony Blade, a magic sword forged by Merlin. The mantle was passed down over time to his descendants (one of whom was a real jerk and used the sword for some big-time evil) until the blade was passed down to Dane.

In the comics, Dane seeks to undo his uncle’s evil shenanigans. He’s fought alongside the Avengers, the Defenders, and pretty much every Marvel superhero who’s made it to the big screen so far.

Whitman and Sersi’s romance is also a part of the comic book canon, so his appearance in the film isn’t so out-of-the-blue. As for his future in the MCU– well, you’ll have to see the film to find out. 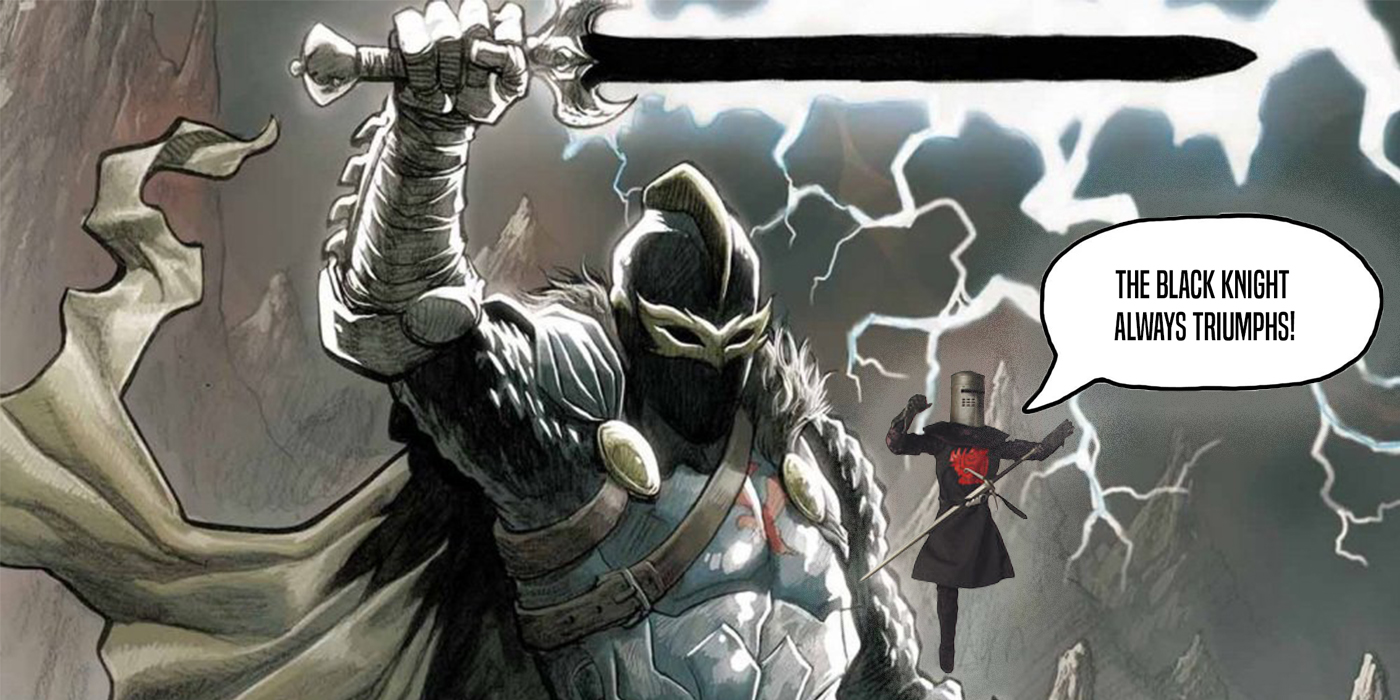 Why Does The Eternals Have Such a Lousy IMDB Rating?

Trolls have taken to IMDB in droves to give The Eternals a grossly-low rating. Why? Because Phastos is the first gay MCU hero, and the homophobes are big mad about it.

Yes, there are gay people in the MCU. With more than 25 movies in the universe, it was only a matter of time before one of them happened to be a gay man. It’s no bigger a part of his story than being straight is to Tony Stark’s. It’s not like the Deviants attack the Folsom St. Fair and the team has to rescue a parade float full of leather-daddies. Calm down, internet.

Look, I don’t need to tell you why this kind of representation is important. If you’ve been paying attention, you’ve already seen queer characters in the MCU. Loki is bisexual. And if the events of WandaVision stick to comic book canon, Wanda’s son Billy is gay, too.

In a since-deleted Tweet promoting the film’s release, Eternals star Kumail Nanjiani said that it “looks like we’re upsetting the right people.” As a queer comic book and MCU fan, I share that sentiment completely.

As for the ratings, IMDB and Rotten Tomatoes are like Yelp: you don’t have to be an authority figure to weigh in. I’d encourage fans to walk into theaters with an open mind and make the judgement call for themselves.

Which Character is Revealed in the Post-Credits Scene?

Nice try, sneaky Pete, but I’m not telling you that!

The reveal has already been spoiled all over the internet, and this is why we can’t have nice things.  You can shake all the presents if you want, but from someone who has seen the movie? I think it’s worth holding out to enjoy the surprise.

You can also tune in for our spoiler-filled review on Friday if surprises make you antsy but pre-screen spoilers make you ragey.

Need more Eternals before Friday? The folks at Marvel Studios have also provided a great TL;DR guide to The Eternals in just one minute. It makes for a great little clip to tide you over until the premiere, and it’s a great example of just how charming the film’s cast will be on screen.

Marvel’s ‘The Eternals’ premieres exclusively in theaters everywhere this Friday, November 5th. Get thee to a theater to see the MCU do something new and different with a superhero story.