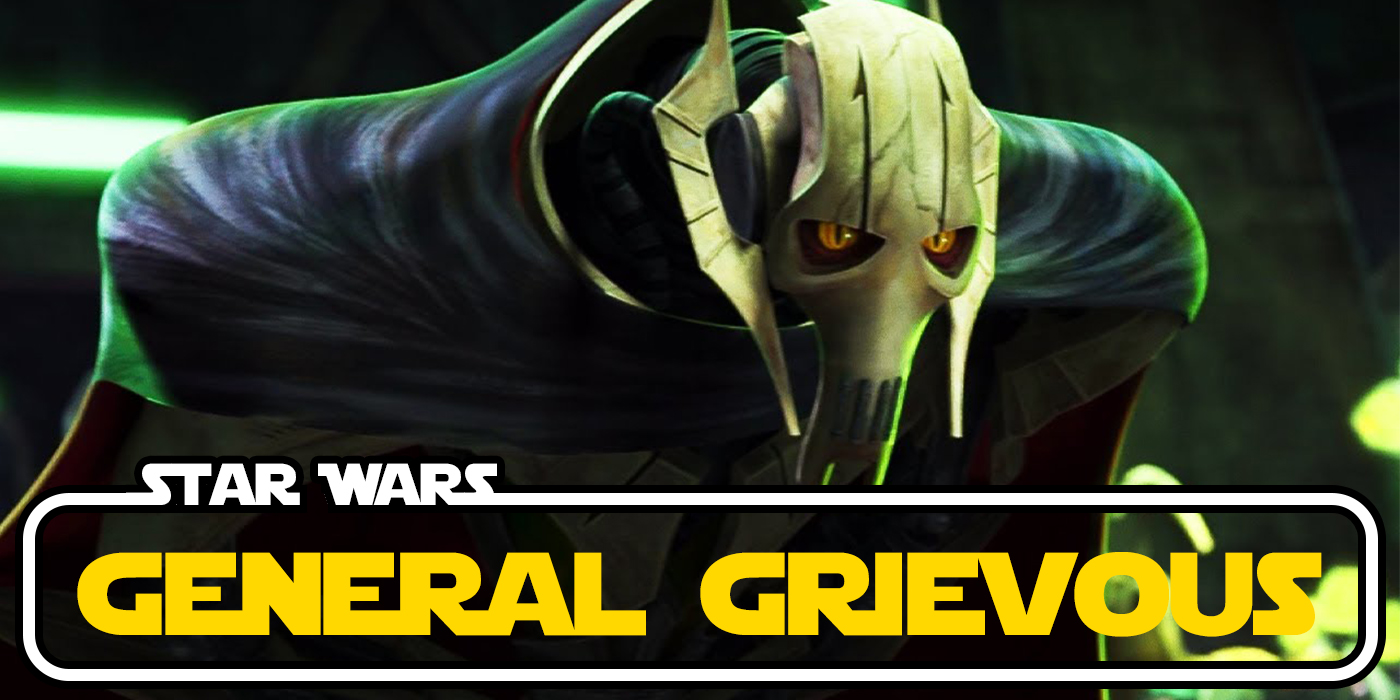 He’s got a mostly cybernetic body, a vendetta against the Jedi, and arguably too many lightsabers– join us for a General Grievous breakdown.

General Grievous is one of the most famous bad guys in Star Wars. No one else we see on-screen looks, moves, or sounds quite like him, and his fighting style would give any Jedi pause. But who’s the man behind the helicopter of lightsabers and wheeze? 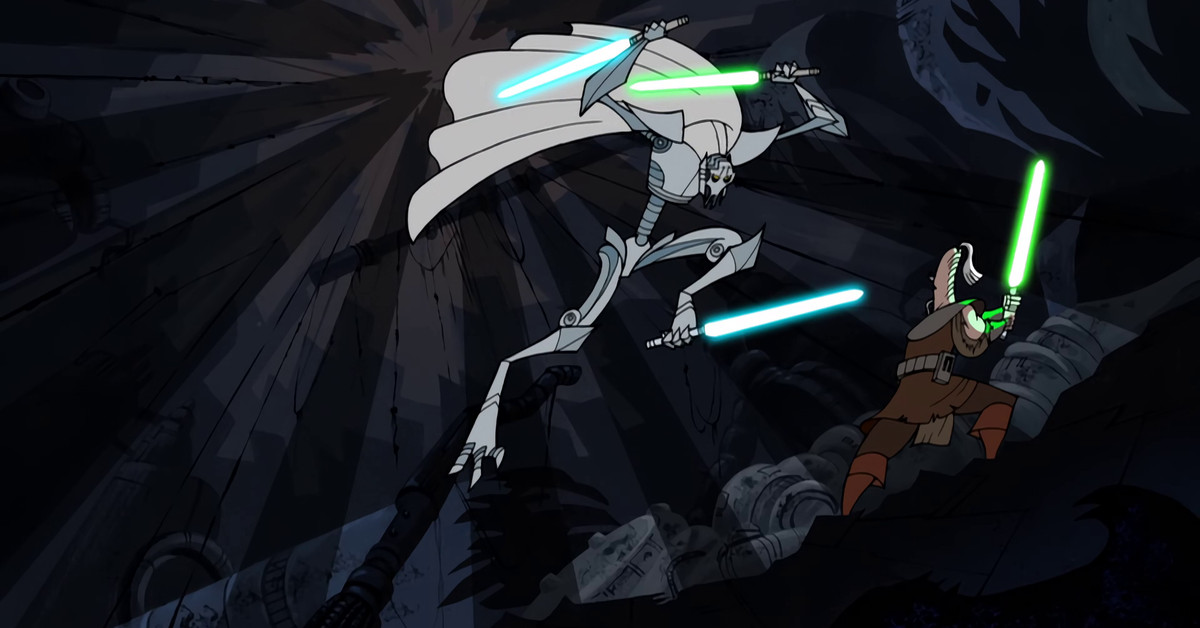 His first appearance in the Galaxy was in the now dubiously canon Tartakovsky’s Clone Wars, where an animated Grievous tore through Jedi like tissue paper and established himself as a truly scary foe to take on.

It would be a fitting introduction to him. Considering his past and tendency to appear much more fearsome and competent in the animated shows than in feature films.

Who is General Grievous?

Originally known as Qymaen jai Sheelal, Grievous was a Kaleesh from the planet Kalee. He had a reverence for his planet’s warlords from an early age. And he eventually joined them, becoming a skilled student of battle tactics in Kalee’s wars and growing a grudge against the Galactic Republic.

By the time he caught the notice of Count Dooku and Darth Sidious, he had made a name for himself as a galactic kingslayer. Their interest mixed with his hatred for the Jedi Order as the protectors of the Republic, and their terrible team-up practically built itself. 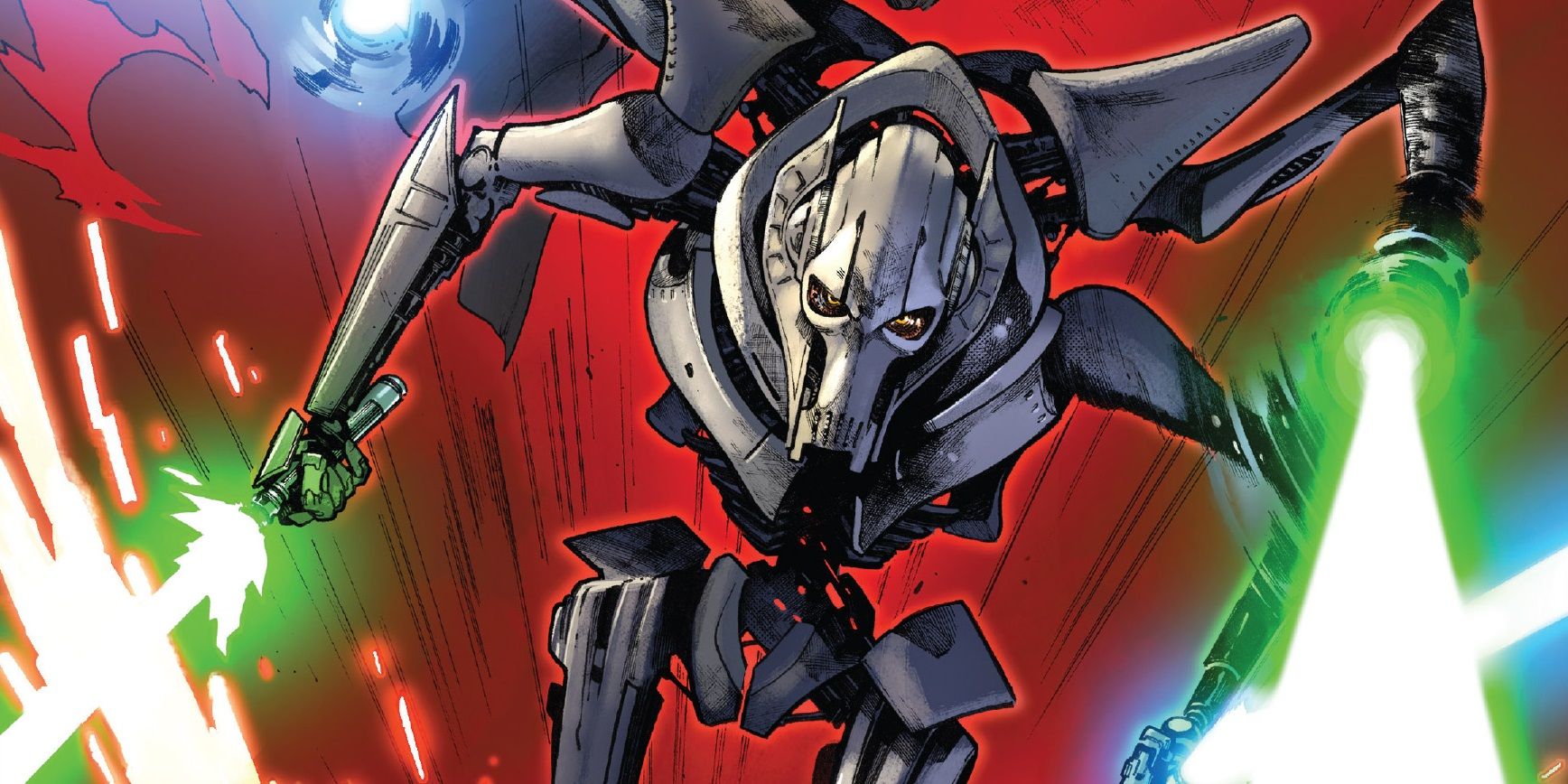 Grievous took on cybernetic enhancements slowly over time. He replaced one piece of himself after another, hoping they could increase his combat skills. And it worked– to a terrifying degree.

But a shuttle crash would destroy most of the rest of his natural body. It forced him to become the little-more-than-a-brain-in-armor brand of cyborg we see on the big screen.

Programming would assist his training and enhancements would make him a faster, smarter fighter. But the memories of his past were lost, and the implants irritated his somehow surviving lungs, giving him persistent breathing issues for the rest of his life.

Dooku taught Grievous the ways of lightsaber battle. And so the multi-armed cyborg nightmare we’re familiar with was born.

Joining the Separatist Alliance to fight against the Galactic Republic and Jedi Order, he was given the rank of General and went on to be a terror in the war.

General Grievous vs. Everyone

He has taken on Anakin Skywalker, Ahsoka Tano, Obi-Wan Kenobi, and Kit Fisto, plus countless other Jedi and Padawans. And he killed quite a few of them to feed his lightsaber collection and hatred. 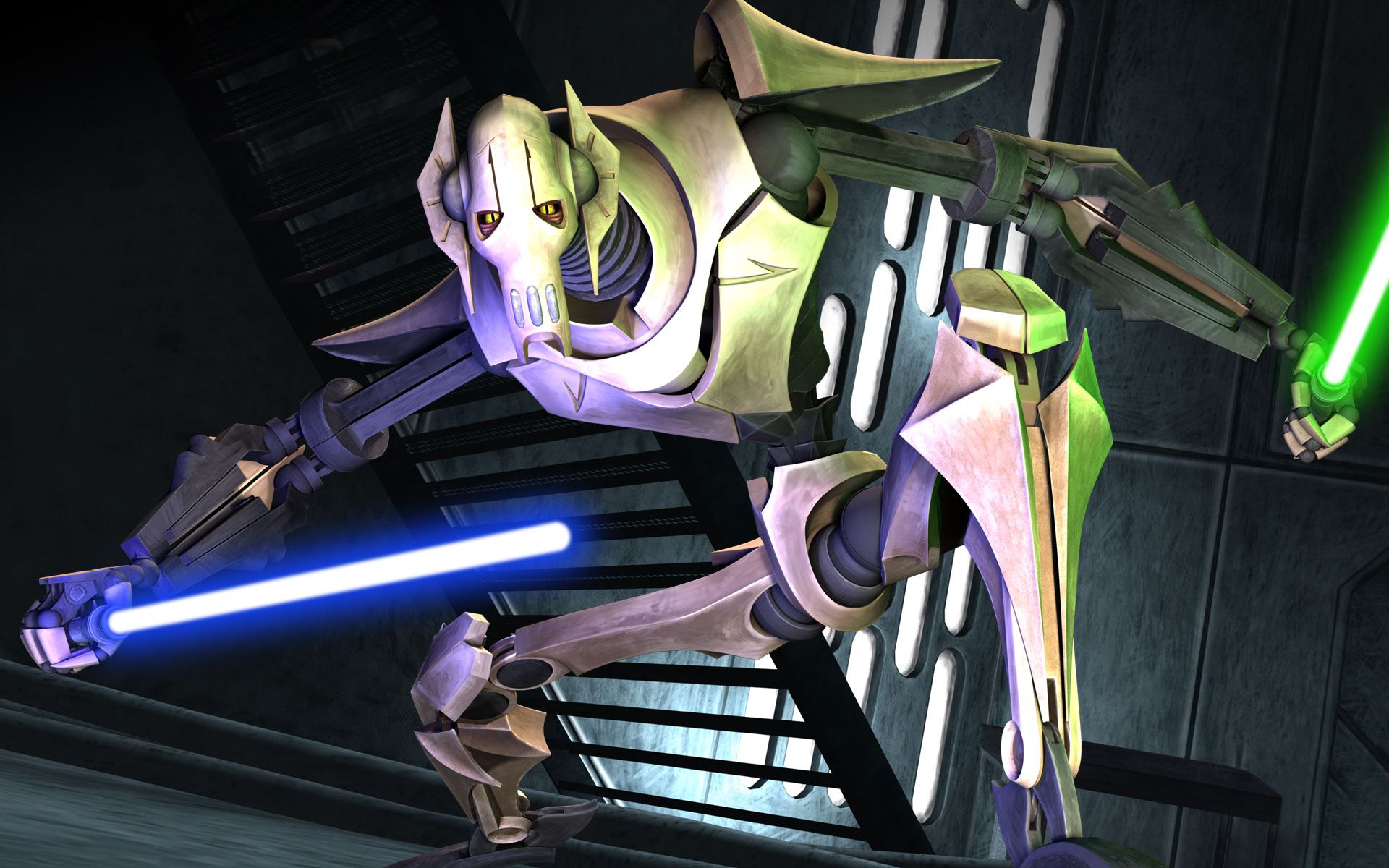 In the end, picking a fight with Kenobi and his few remaining organic bits were his downfall . Obi-Wan tore open part of his armor and ignited the organs inside with an electrostaff, leaving just a hollow cybernetic shell. Maybe a little over the top, but I think Kenobi may have been just a little justified.

Is General Grievous one of your favorite Star Wars antagonists? Do you prefer his appearances in the life action movies or the animated TV shows? How many lightsabers is too many lightsabers to wield at once? Let us know in the comments!

Star Wars: Six Grievous Mistakes in 'Revenge Of The Sith' 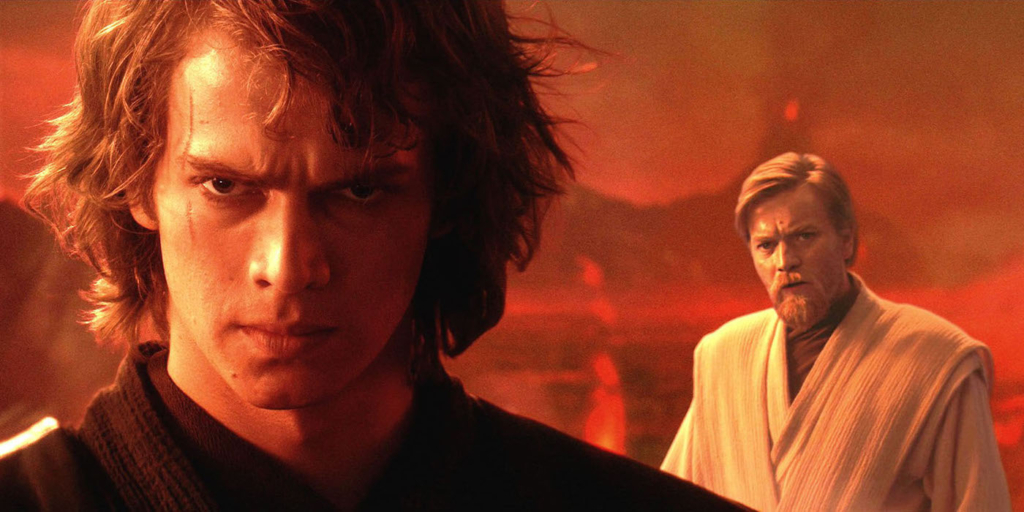