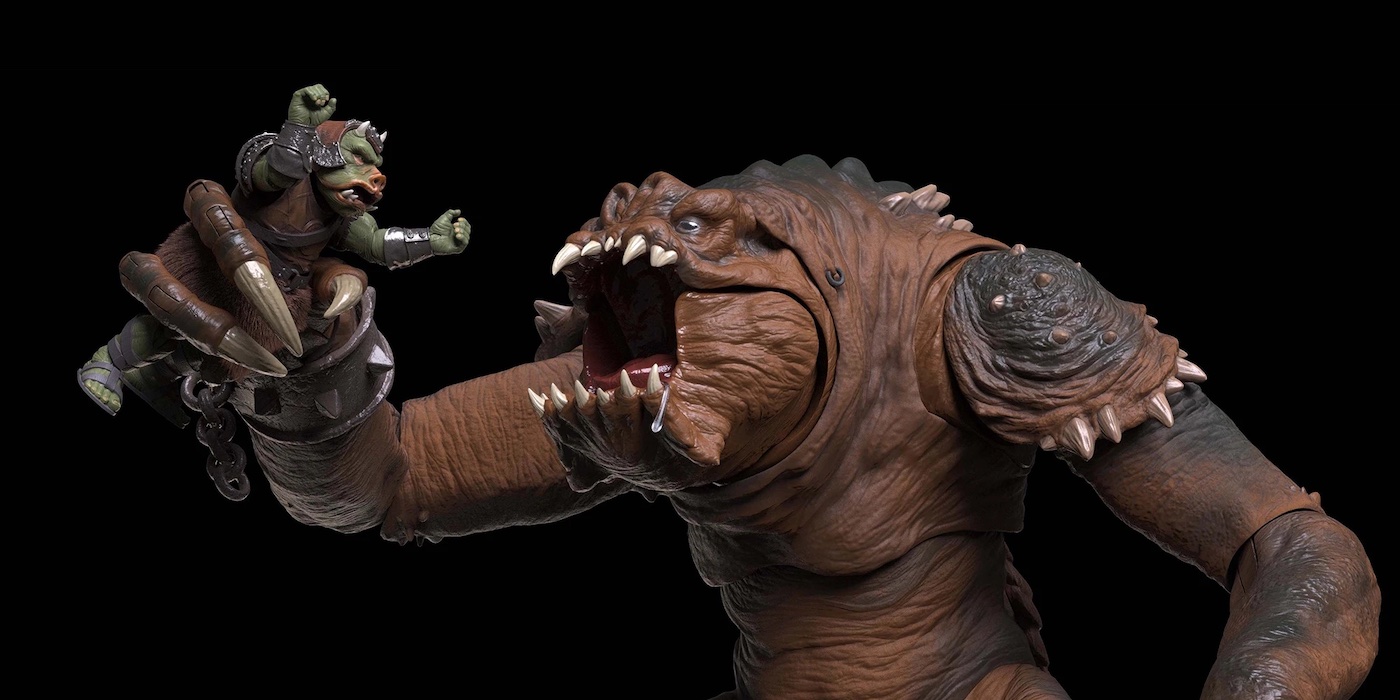 The monster gets the proportions it deserves in this huge Black Series HasLab Rancor fig– now in color!

The first HasLab Star Wars project was a massive recreation of Jabba’s sail barge, the Khetanna. They followed it up with a 30″ long Razor Crest. The latest is a giant, seventeen-inch tall HasLab Rancor– the monster that Luke fights in Jabba’s pit in Return of the Jedi.

Since the announcement, HasLab has shared some full deco photos of the hideous beast with an impressive arm span. That’s a six-inch scale Luke in his talons. 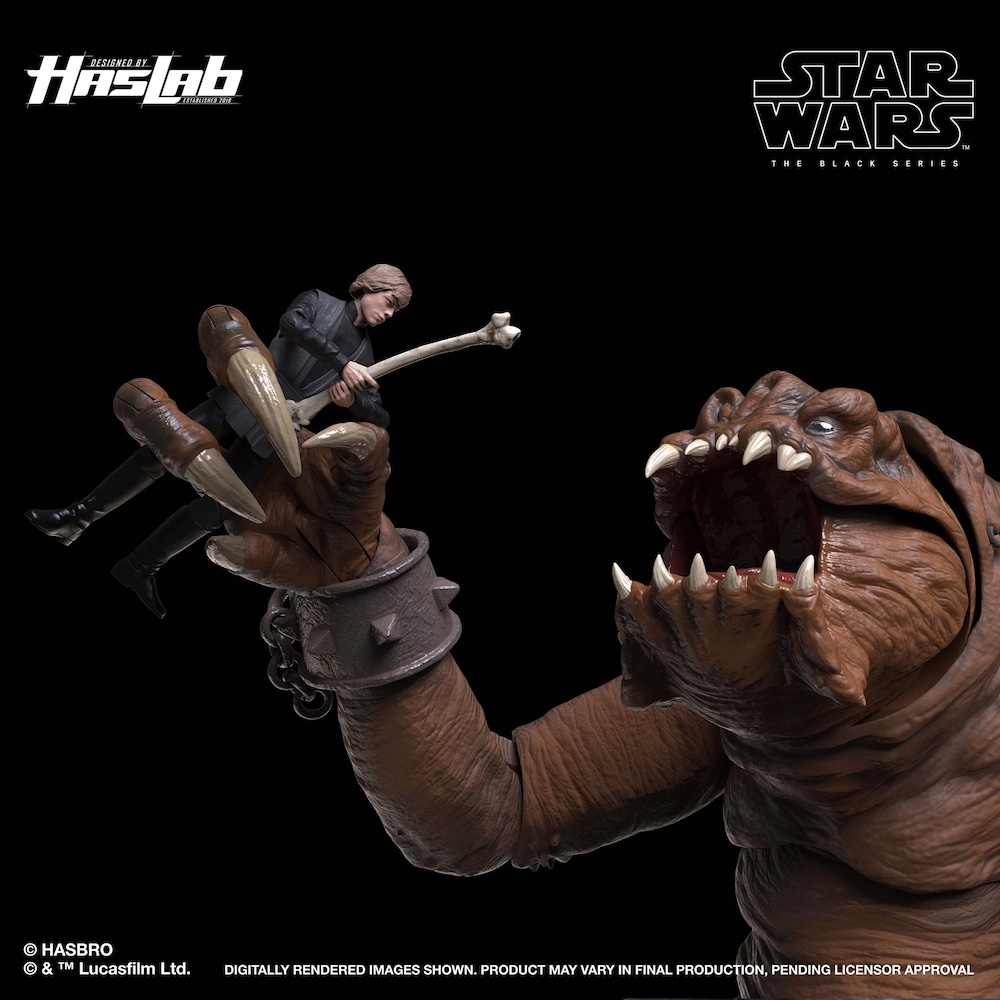 A terrifying and mesmerizing creature, the Rancor is an unforgettable part of the Star Wars galaxy. When the team began to think about The Black Series HasLab project, the Rancor was the undisputed winner. It’s even one of our designer’s favorite movie monsters of ALL TIME. How could it not be?! A ferocious and formidable opponent whose commanding size and brute force strength is enough to rattle even the most powerful Jedi. And HasLab is the only way to bring the Rancor to you. Here we have the freedom to breathe new life into classic figures in an extraordinary out-of-the-box way, creating legendary sculpts to add to your collection. Join us by funding this larger-than-life monster now! 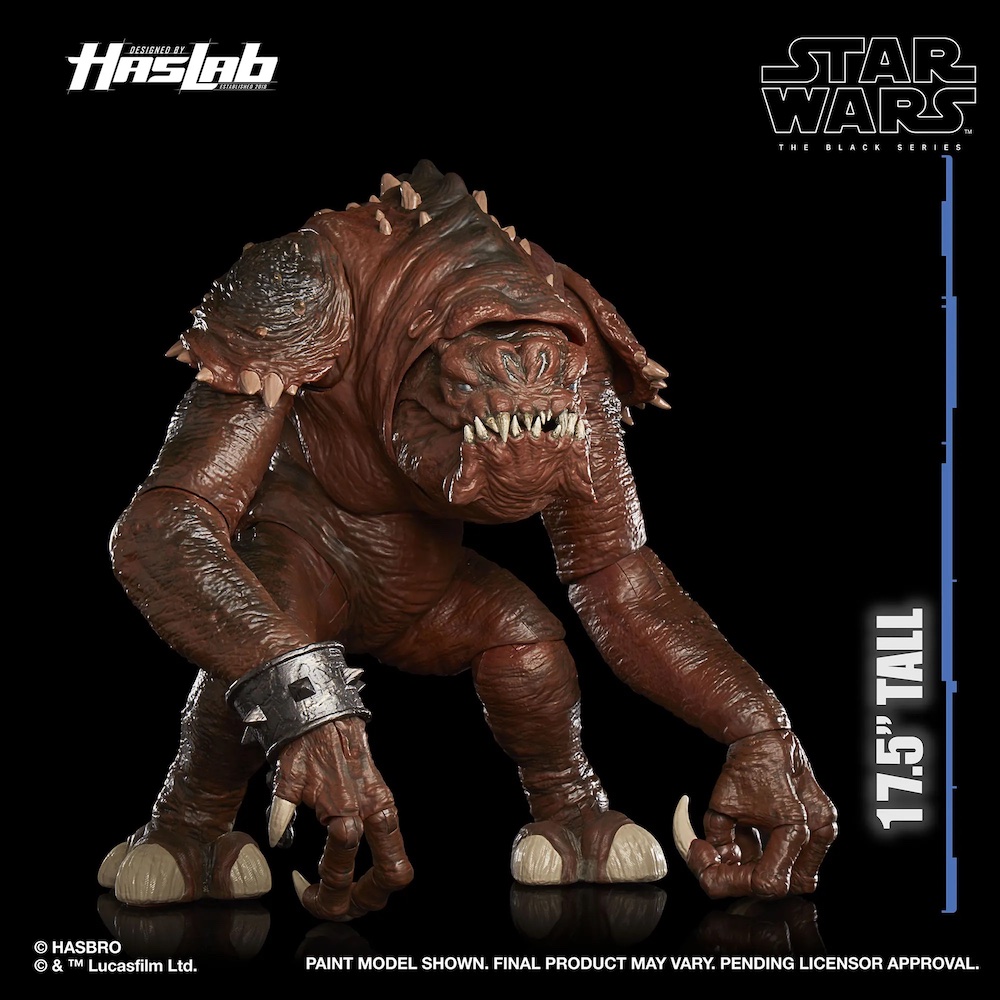 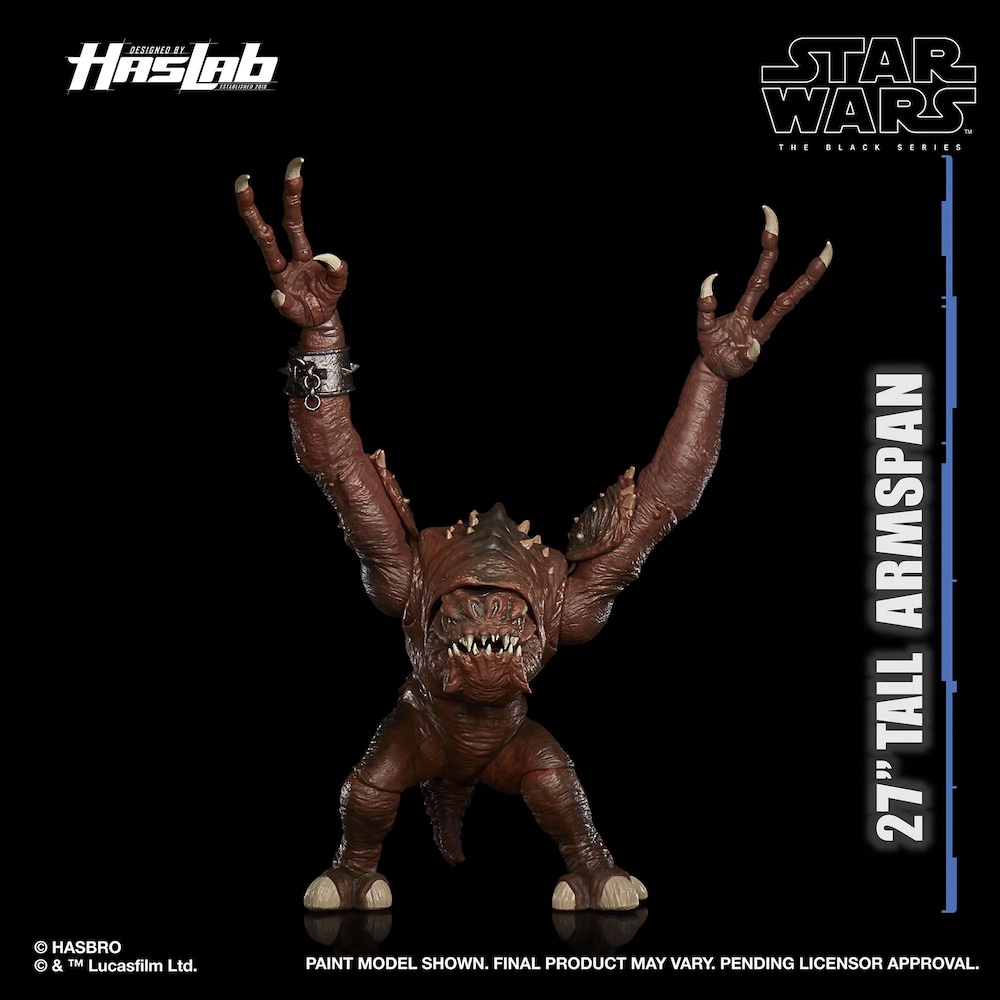 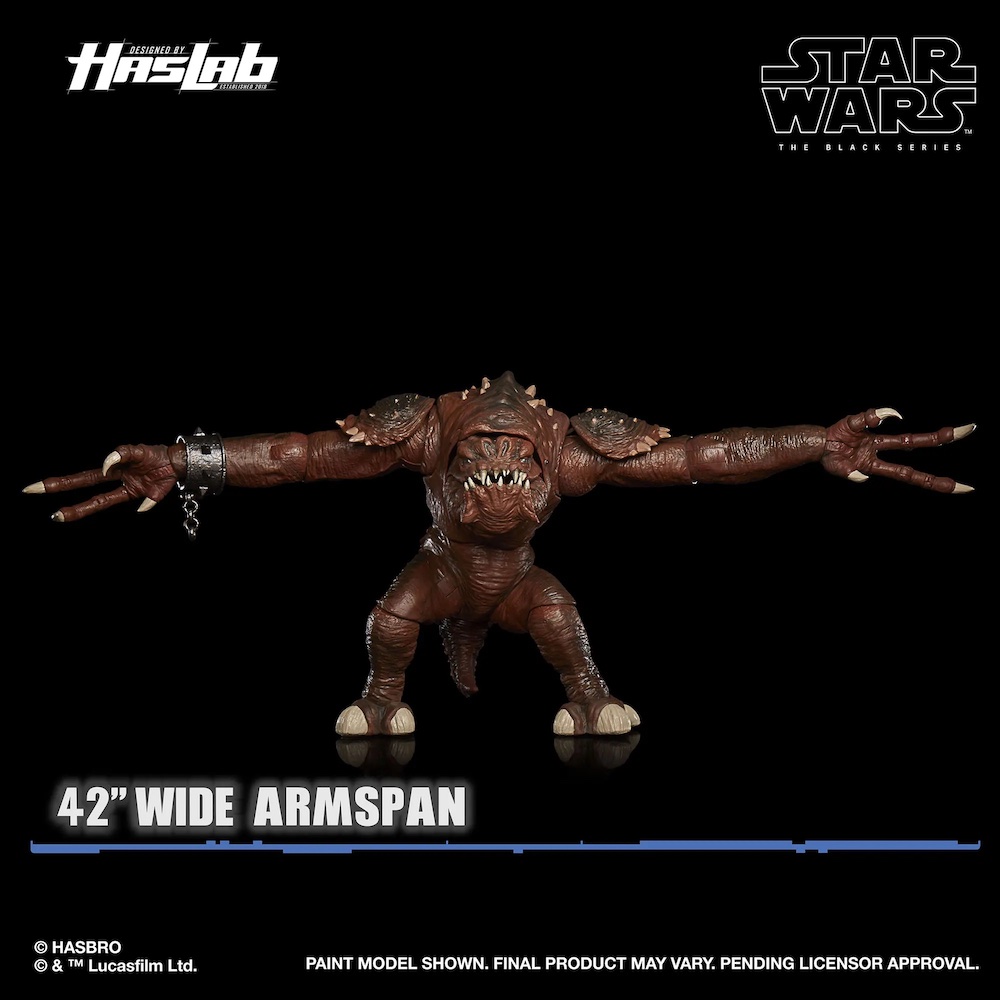 This massive monster is to scale with all of the other Black Series figs and vehicles. The crowdfunding campaign is live now and will run to December 6th. It’ll ship Spring of 2023 if it funds. 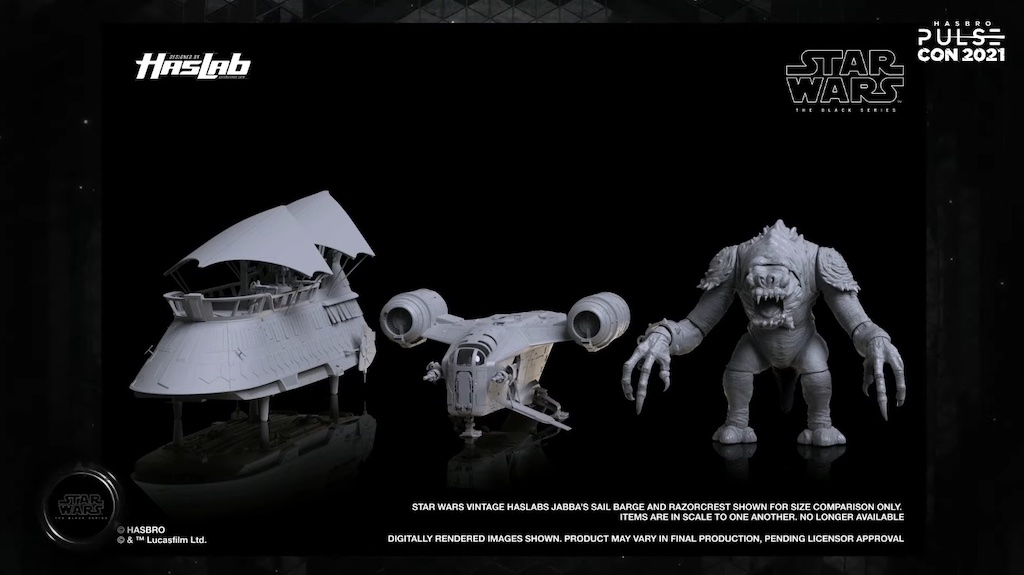 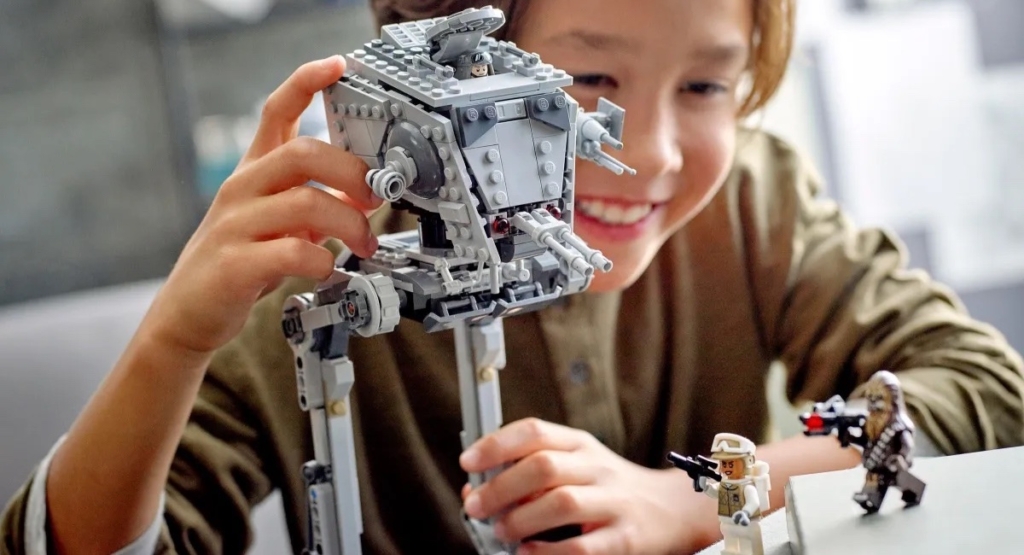