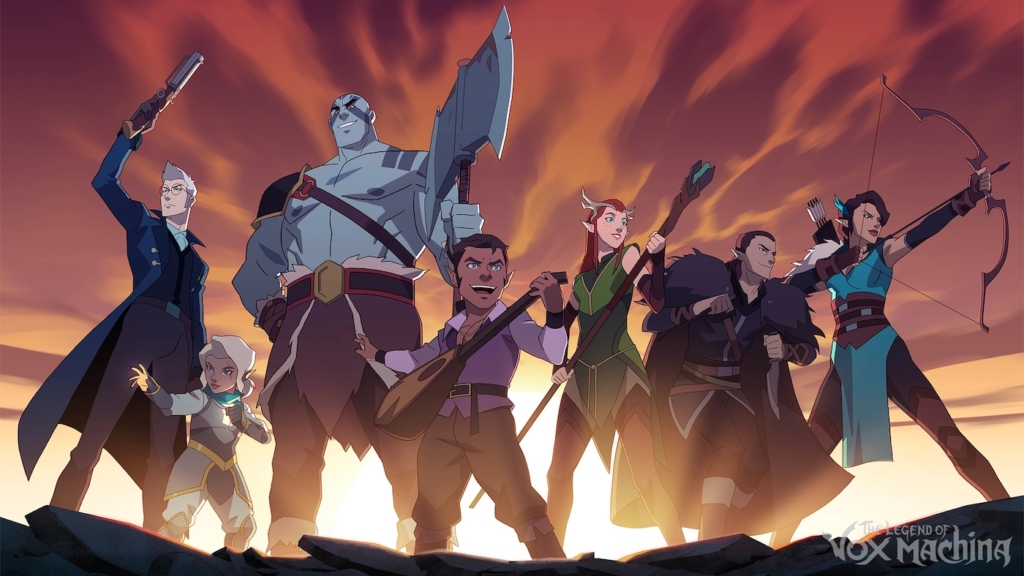 In an update yesterday, Critical Role recommended that backers of its Kickstarter get an Amazon Free Trial to watch the series they backed.

Critical Role’s animated series is scheduled to release next week on Amazon Prime Video. But backers of the phenomenally successful Kickstarter will need to get a free trial (or subscribe to the service) if they want to watch the show they helped bring about.

In an update yesterday, Critical Role clarified details about the series launch:

We know that you’ve had some questions around how your early access will work and we wanted to confirm that you will be able to watch the first two episodes before anyone else!

The announcement lists a virtual screening on the 25th and 26th of the first two episodes. However, this differs from Critical Role’s previous claim that “ALL backers will be the first to watch our animated series.” Per their FAQ page:

The announcement goes on to explain that fans will need Amazon Prime access to view the series at all. 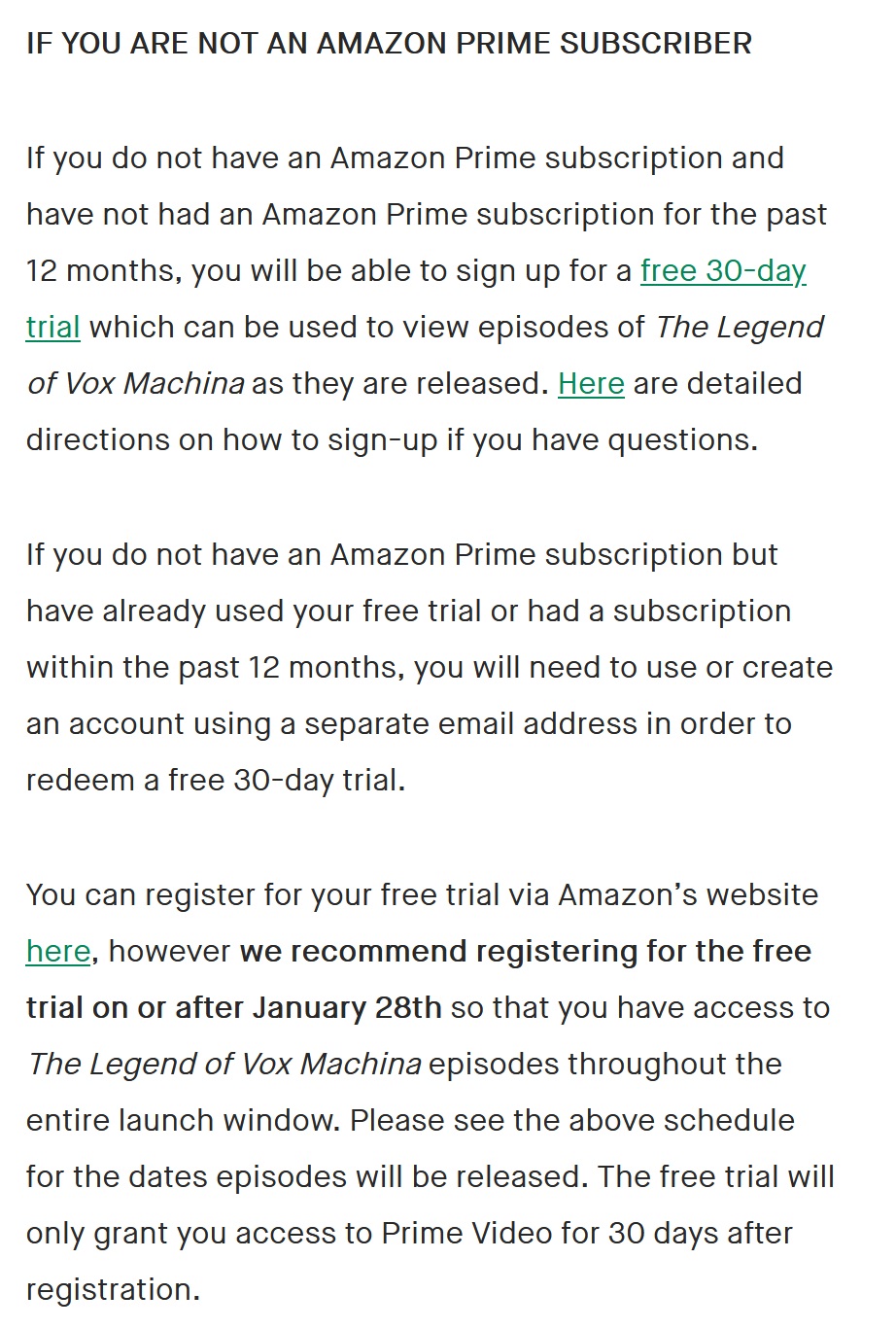 But Critical Role’s announcement kicked off backlash among the community of backers. Many expressed their disappointment at the change. 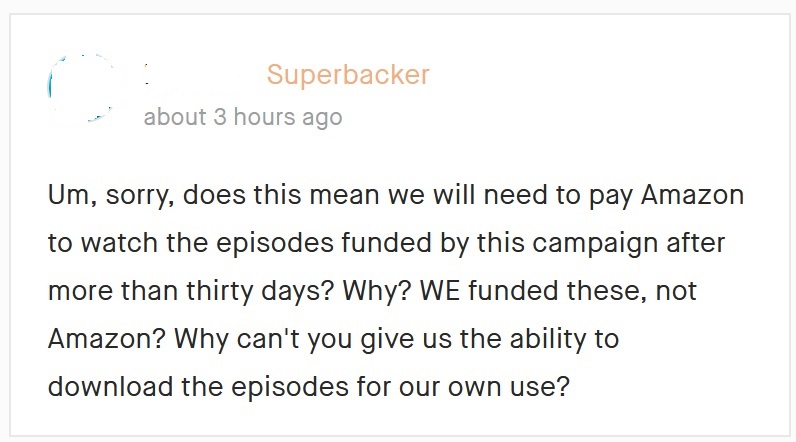 At the core of the fans’ reaction is the idea that they helped fund the initial ten episodes. In March-April of 2019, backers raised $11.3 million to fund a ten episode series. In November, Variety announced that Amazon Prime had partnered with Critical Role to extend that to a full 24 episodes.

Another sentiment seems to be that the update comes late and changes much of the initial expectations set, even once Amazon stepped in: 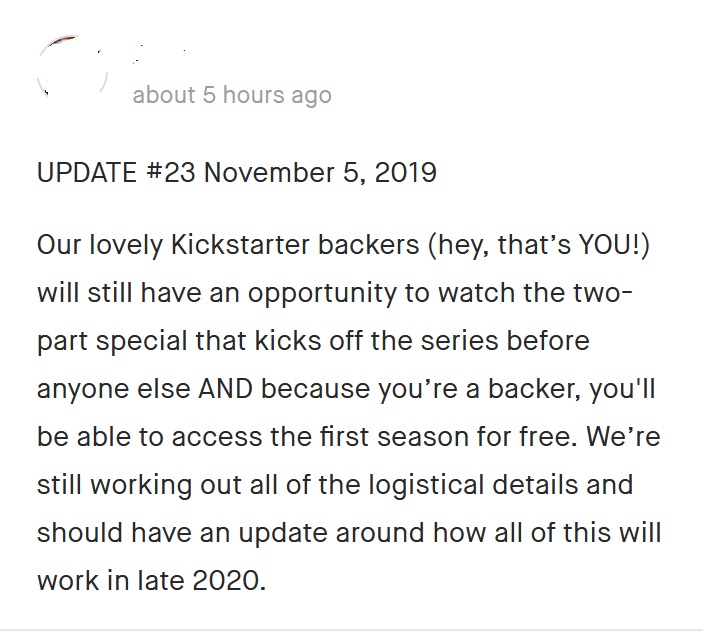 Many fans are also expressing disappointment that they’ll have to engage with Amazon, a company famous for everything from macing its employees to forcing them to pee in bottles. 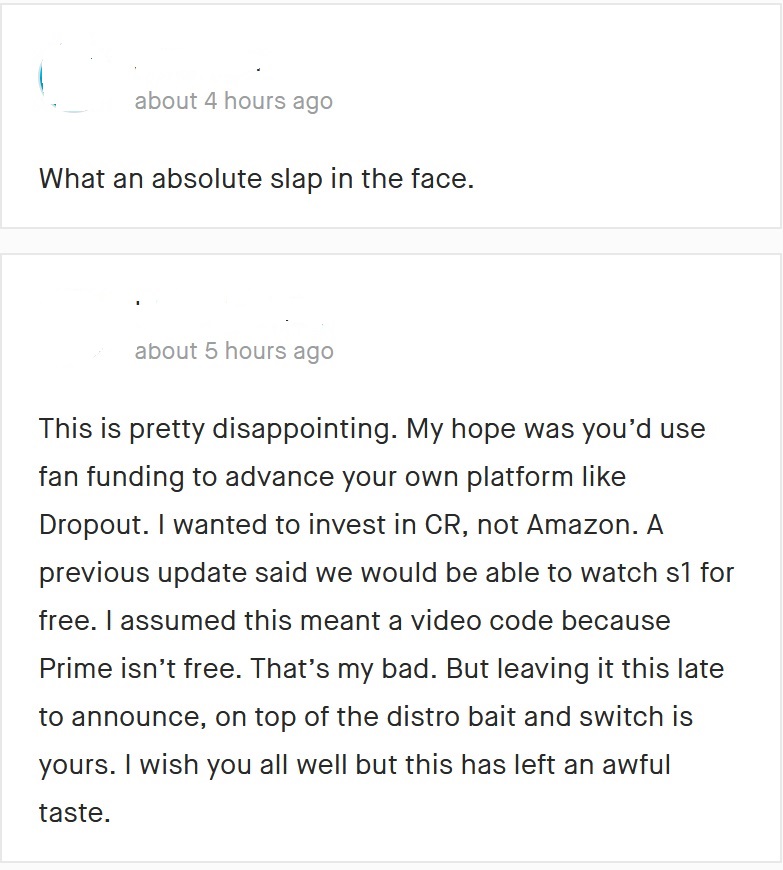 Others are expressing their lack of surprise at the turn of events. 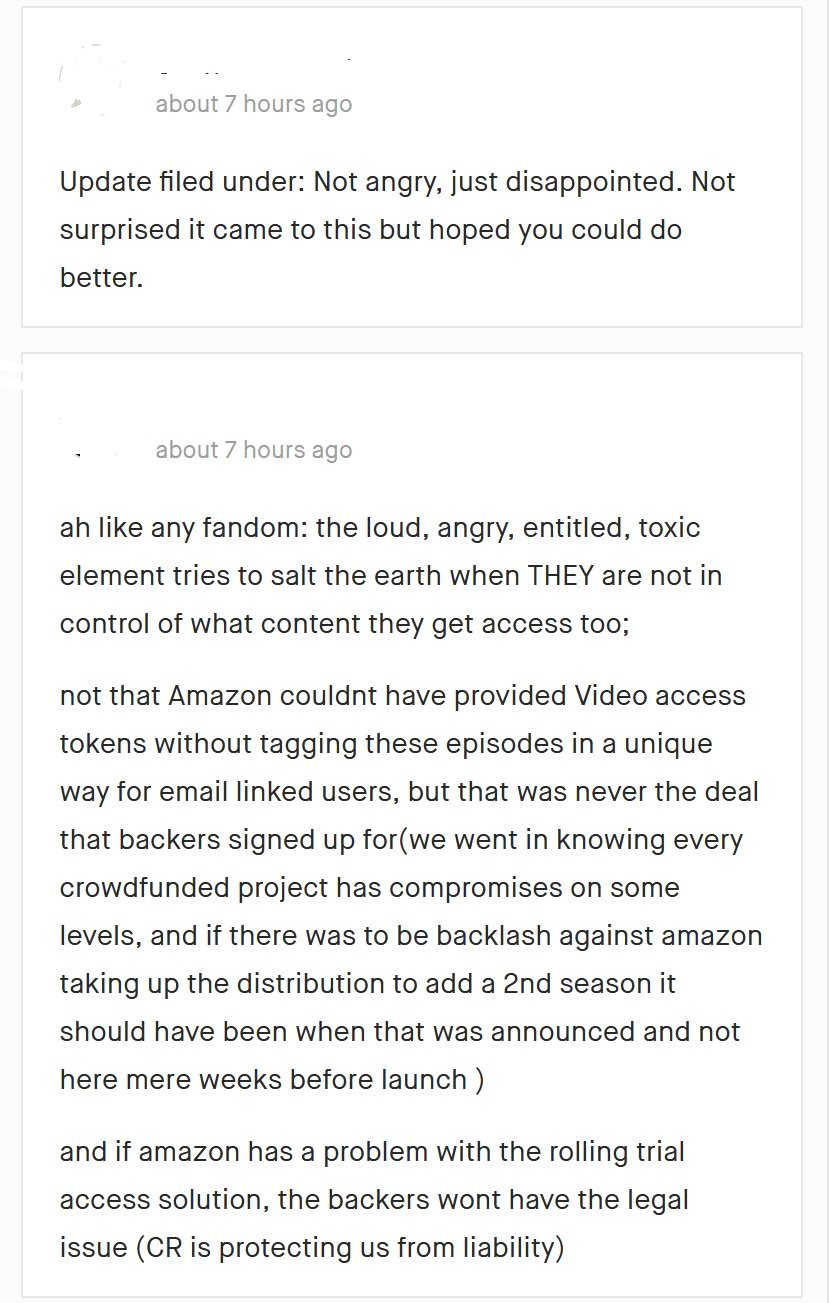 Of course, Kickstarter makes no promises. And as far as Kickstarter changes go, the series is actually created (and due to launch in a week). In an age full of disappearing projects, an actual launch date is pretty golden, all things considered.

MTG: Yes, That Is A Biker Rat On A Cyber-Motorcycle Getting Blasted By A Kitsune 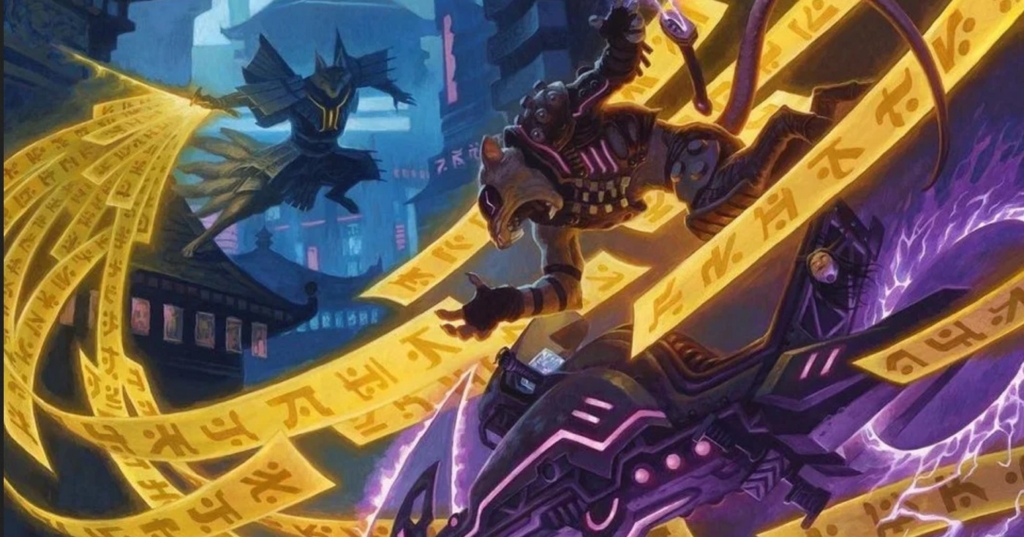