‘Kings & Things’ Might Be The Weirdest Games Workshop Game Ever 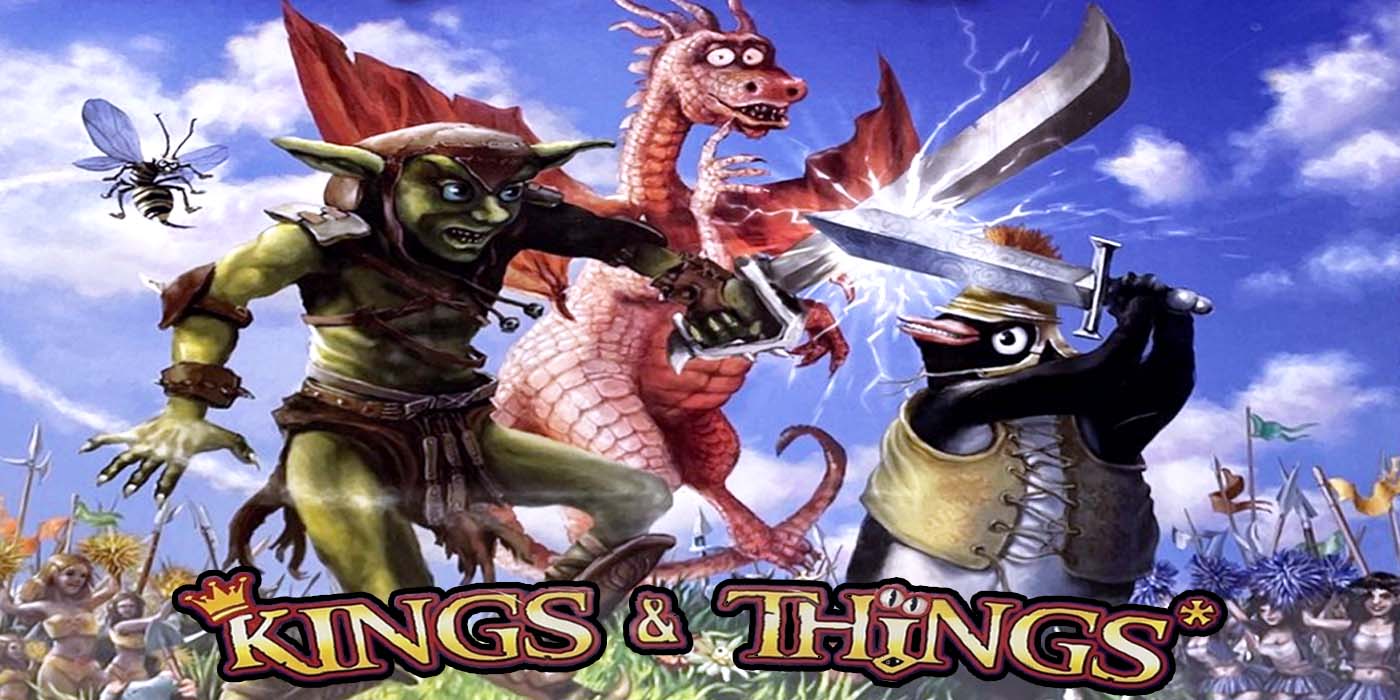 Enter into a world of Dwarves, Skeletons, Dragons, and… Killer Raccoons?? Kings & Things is a game that truly has it all.

Games Workshop has made a lot of strange games in the past. So many, in fact, the I don’t think I could reasonably list all the ones we’ve covered now matter much I try to shoehorn in space to link to them all. One day we’ll cover Oi! Dat’s My Leg!, but until that fateful day let’s get into today’s oddity. 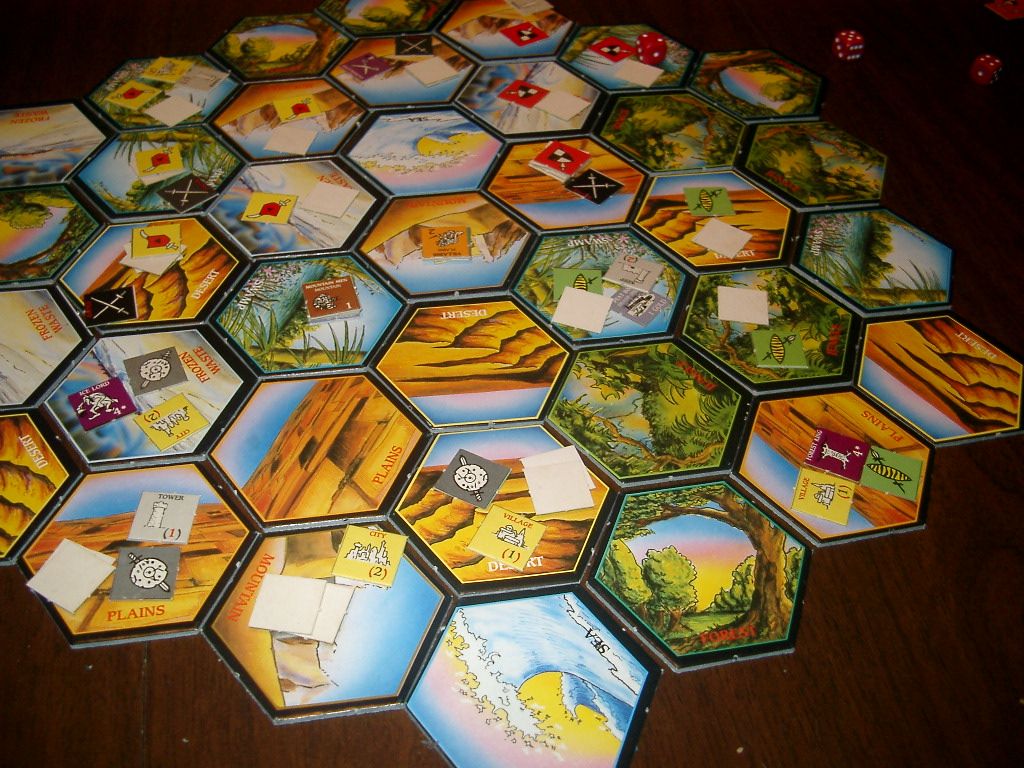 Looks Can Be Deceiving

Kings & Things* was published in 1986 by Games Workshop and West End Games. On the surface, Kings & Things* doesn’t look that strange until you start to notice little things here and there, like the fact that the game’s title has an asterisk in it. That does good job of setting the tone of this game.

The game itself is a competitive area control strategic combat game with some resource management. The objective of all players is to be the first player to build a citadel, which are build my spending money, which is gained through controlling territory.

The game is basically played on a Settlers of Catan board. Separate hex tiles are placed, each with a different type of terrain: tundra, jungle, forest, plains, swamp, mountain, desert, and sea.

Each unit in the game is tied to a specific terrain type and won’t fight for a player that doesn’t control that terrain. But what’s neat about Kings & Things* is the mechanic they call “Bluff Creatures” that remain secret until they enter combat, then flee. 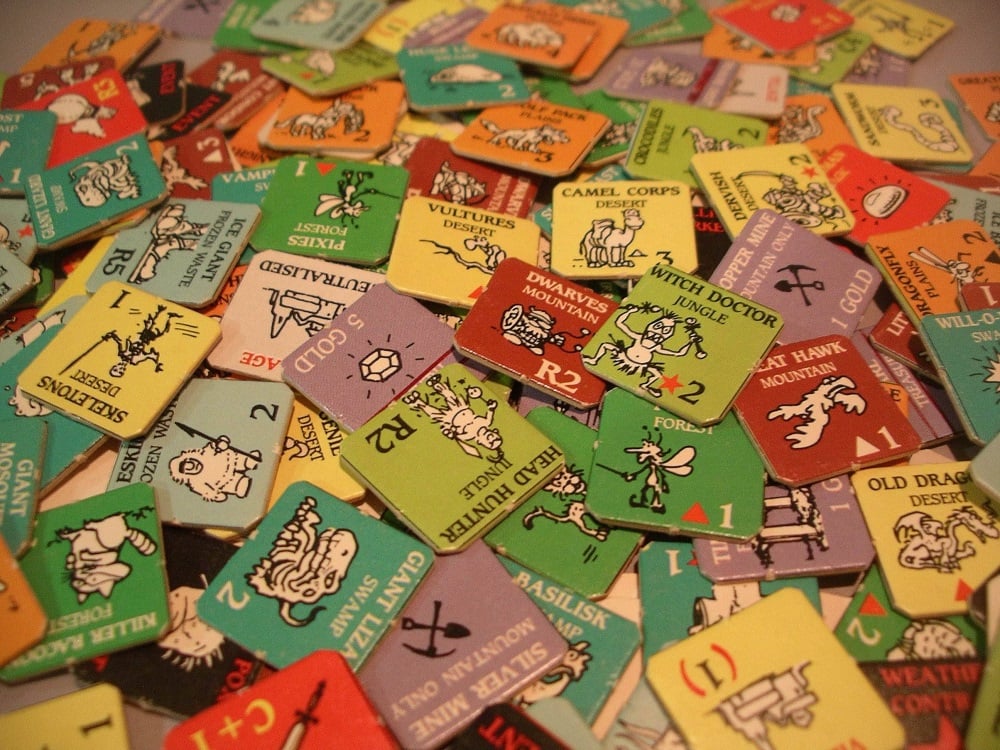 It’s the titular Things that make this game so weird and fun, and there are a lot of them. Dwarves, Trolls, Dragons, fighting alongside Penguins, Raccoons, the North Wind, and a few more problematic ones we’re going to gloss over.

This game has loads of different units and while a lot of them are functionally identical, it adds a lot of flair. That’s something this game does really well, flair and variety.

Most Things have some unique combination of stats and abilities. Some Things can use magic, some can fly, others can charge. In combat, each Thing rolls a die to determine if they hit their target.

But there are caveats. Thing with magic attack first, Thing that Charge have bonus attack dice, and some Things can withstand multiple hits. Each Thing rolls a die and attempts to roll equal to or lower than their combat value in order to score a hit. Simple enough. 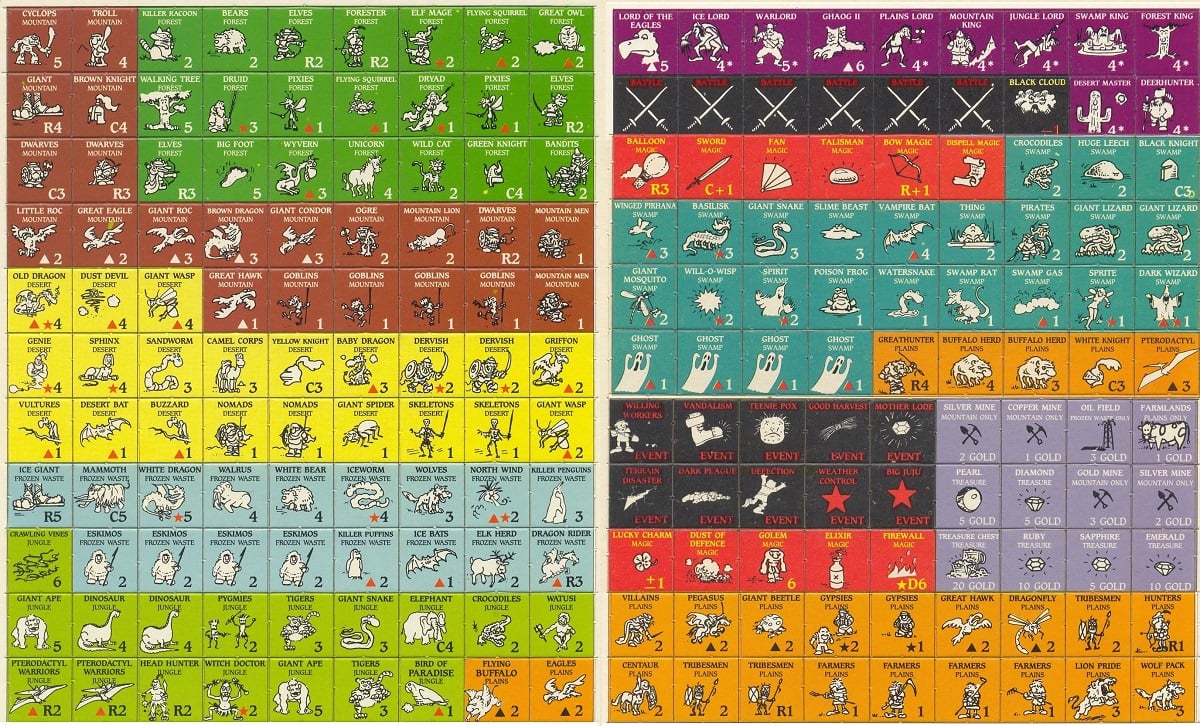 Seriously, a lot of Things

The hex tiles on the board start hidden but are revealed as they are explored. Roaming Things will often populate the revealed hex and must be defeated (or bribed!) in order to gain control of the hex.

It’s hard to really get across why this game is so weird without being able to show it off adequately. Plus, there are so many other things (lowercase t) that we didn’t really get into. There are random events, special heroes, and tons of other oddities within this game. It’s a weird, quirky, and fun game that did get a reprint from Z-Man games in 2010.