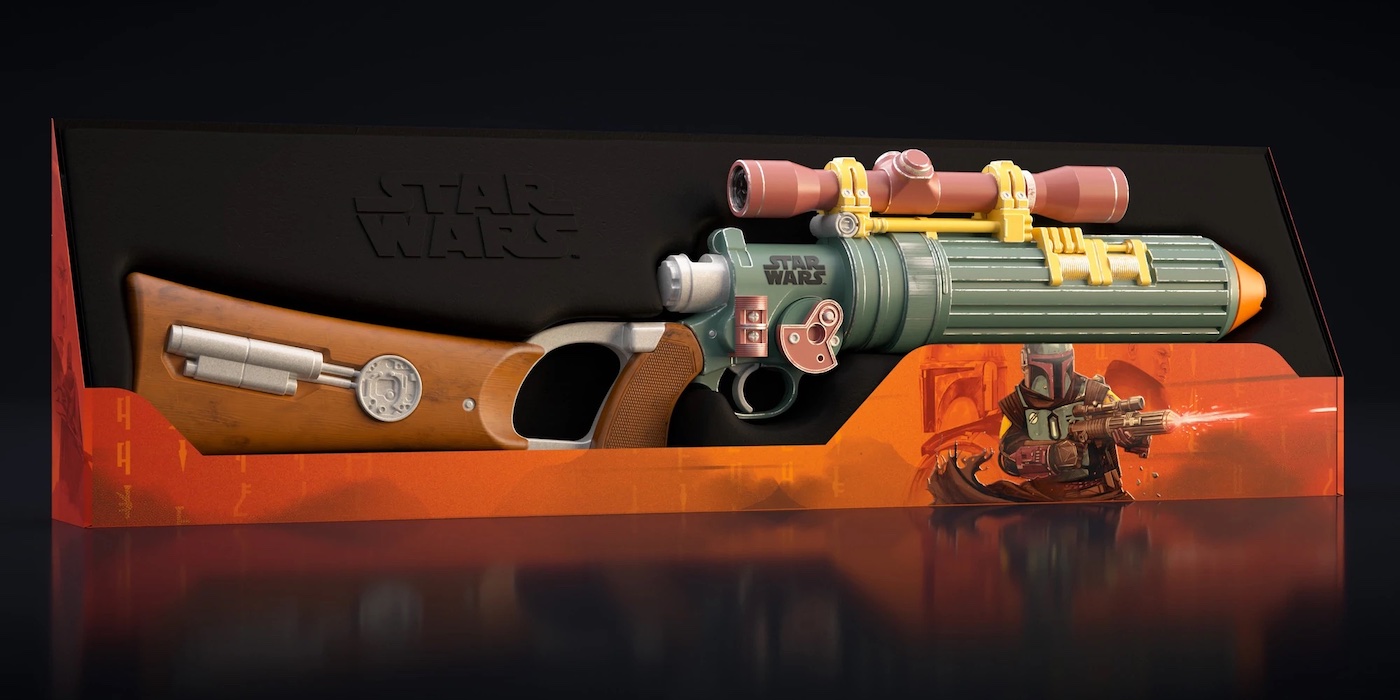 Mando isn’t the only one getting a foam dart weapon – there’s a powerful Boba Fett Nerf blaster on the way.

Boba Fett’s customized Mandalorian armor and the deadly weaponry are his hallmarks. Like Din Djarin, he packs a weapon with history – a modified EE-3 carbine rifle. The weapon was a favorite of bounty hunters like Sugi and the Mandalorian protectors.

This 30-inch long Nerf version holds three drums (each with four elite darts) for fast loading. Like the Amban blaster, it has an electronic scope that lights up and it makes screen accurate sounds.

This dart-firing blaster is meticulously detailed. It captures the look of the EE-3 blaster seen in The Book of Boba Fett live-action TV series on Disney Plus. Includes: blaster, 3 drums, 12 darts, and instructions. 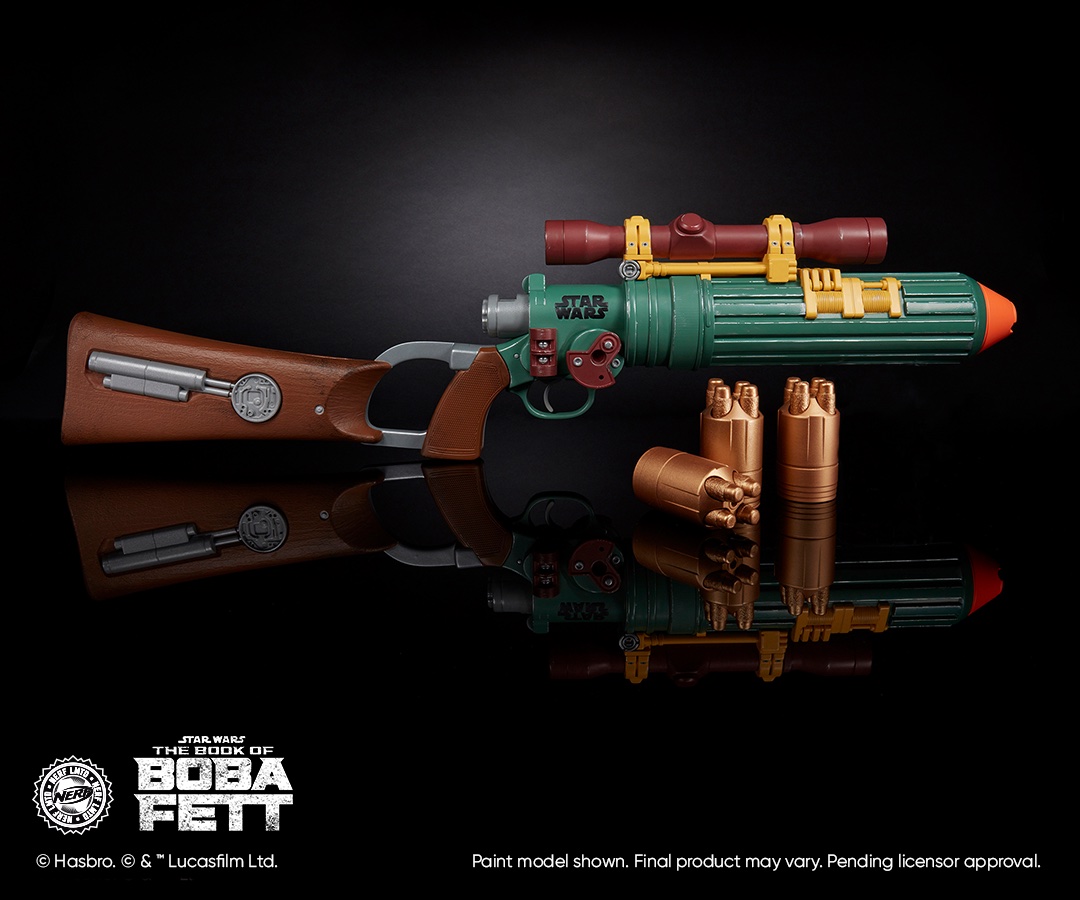 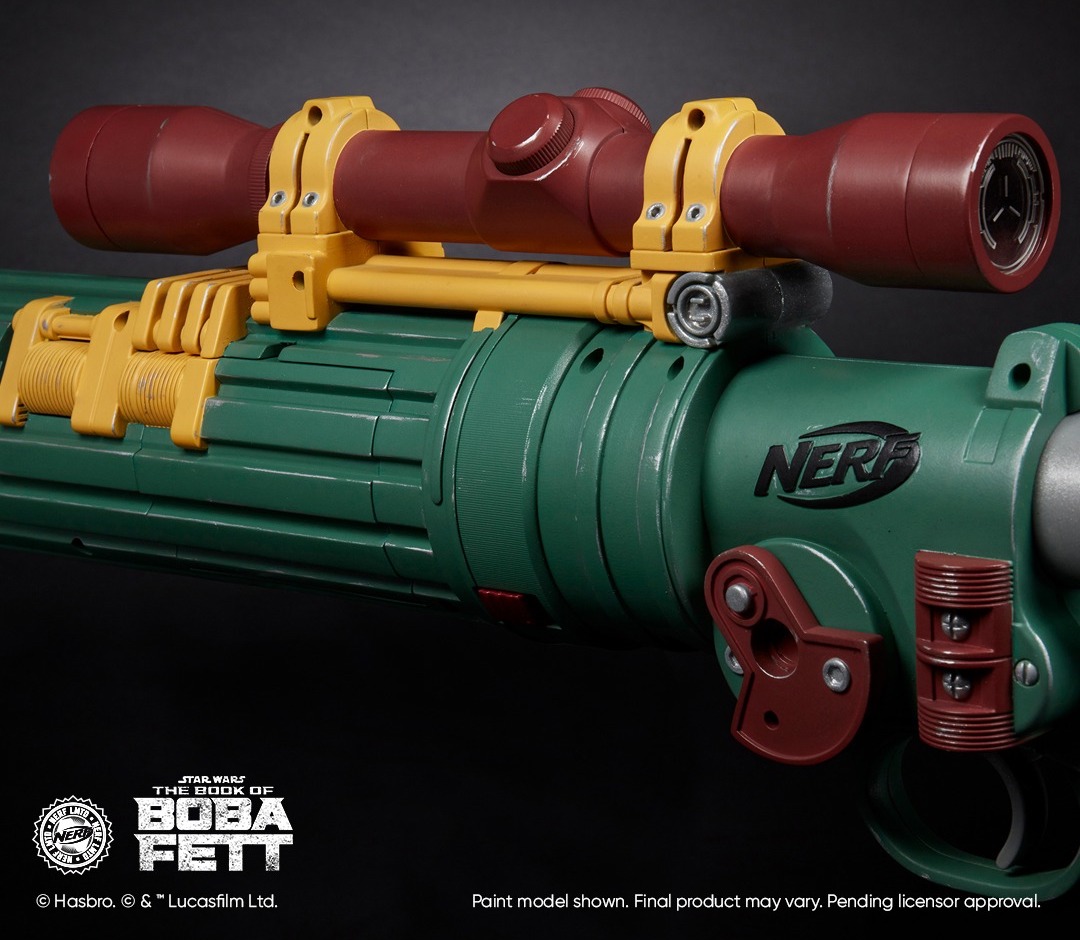 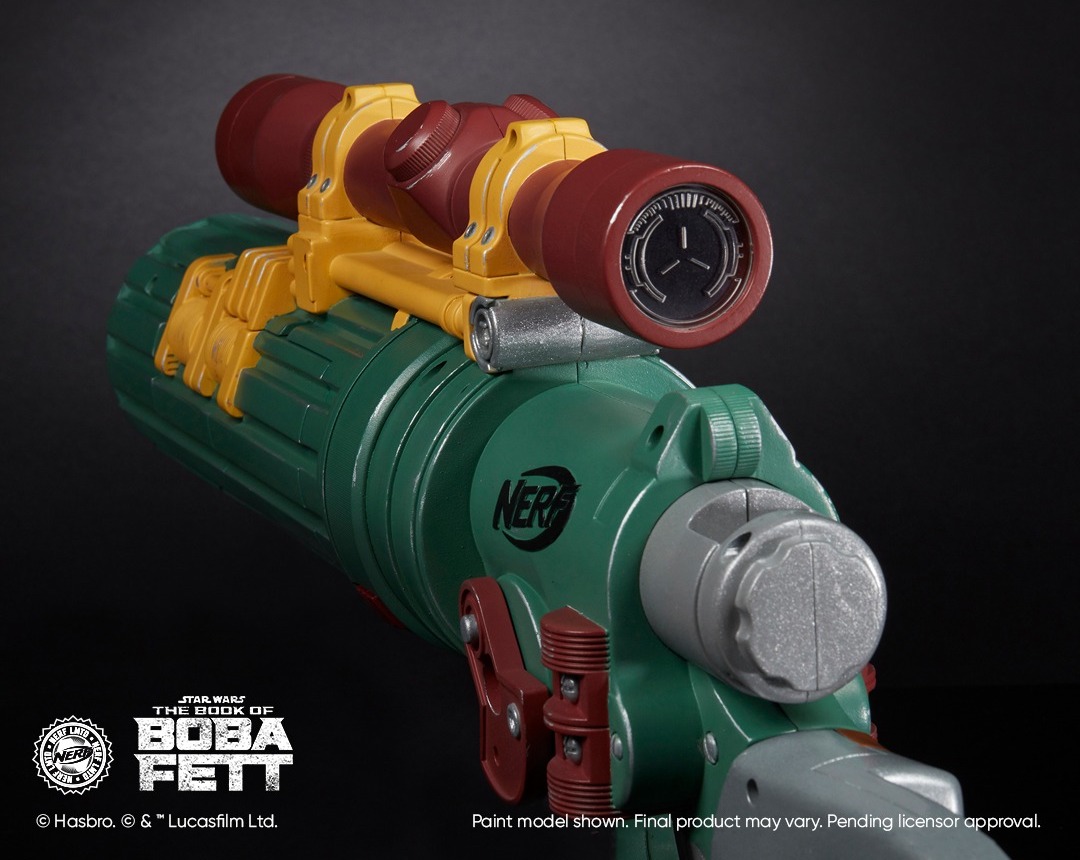 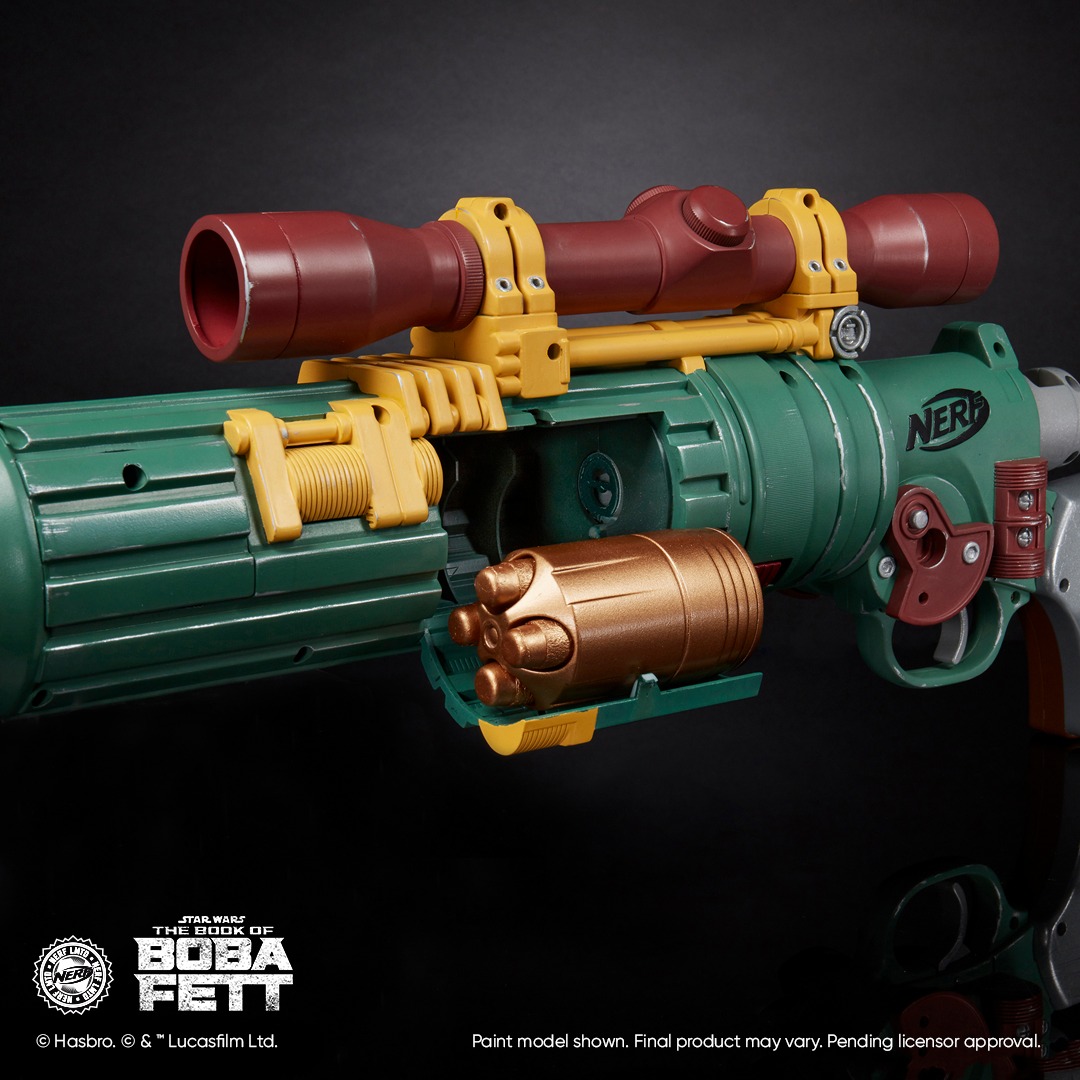 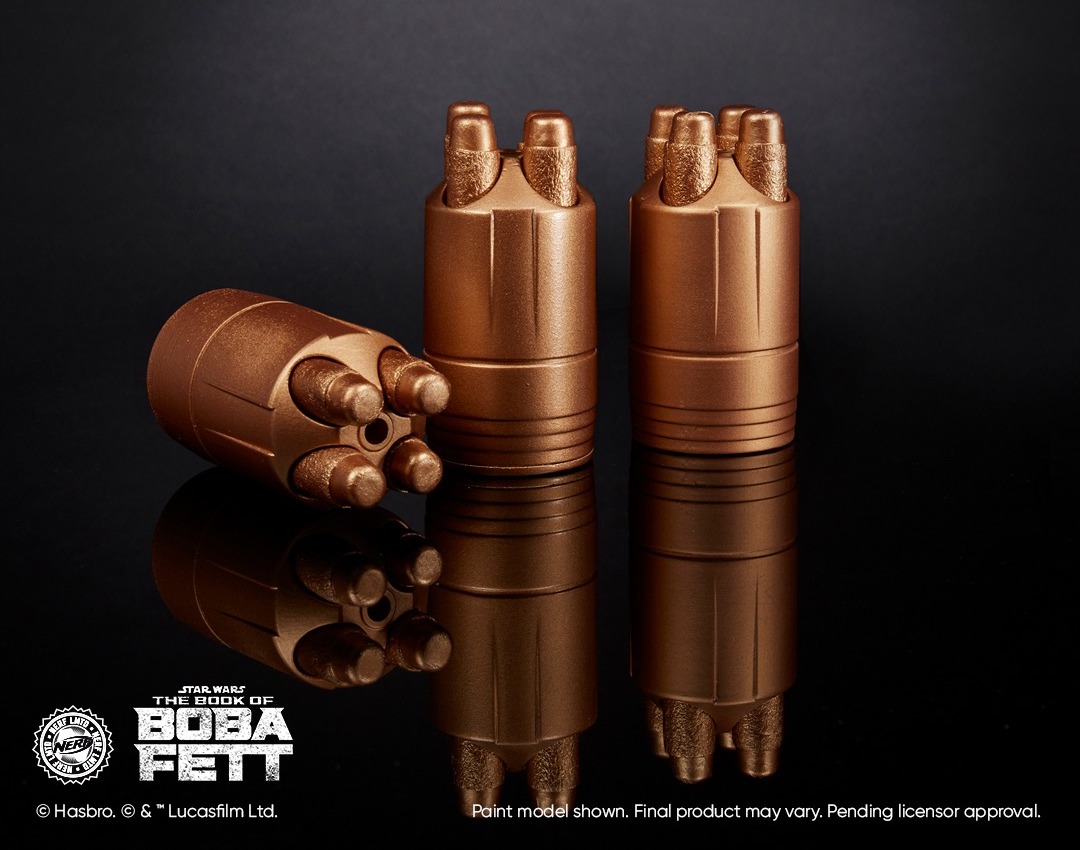 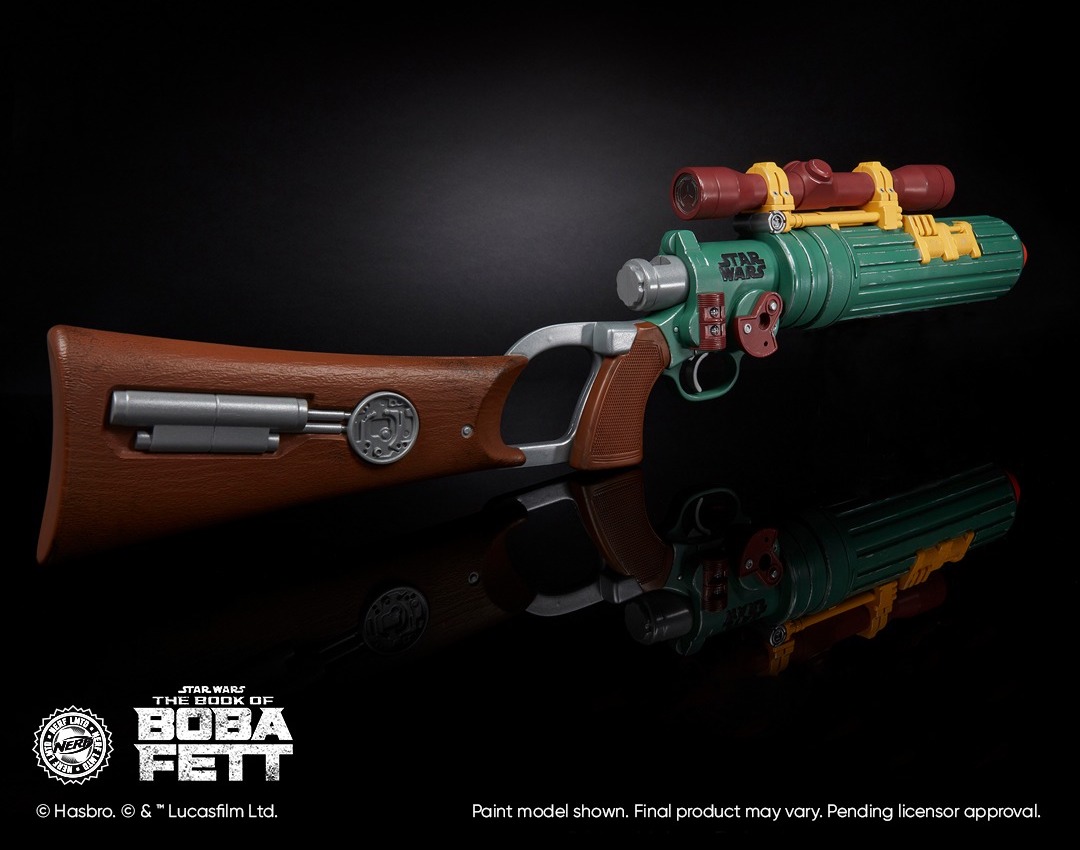 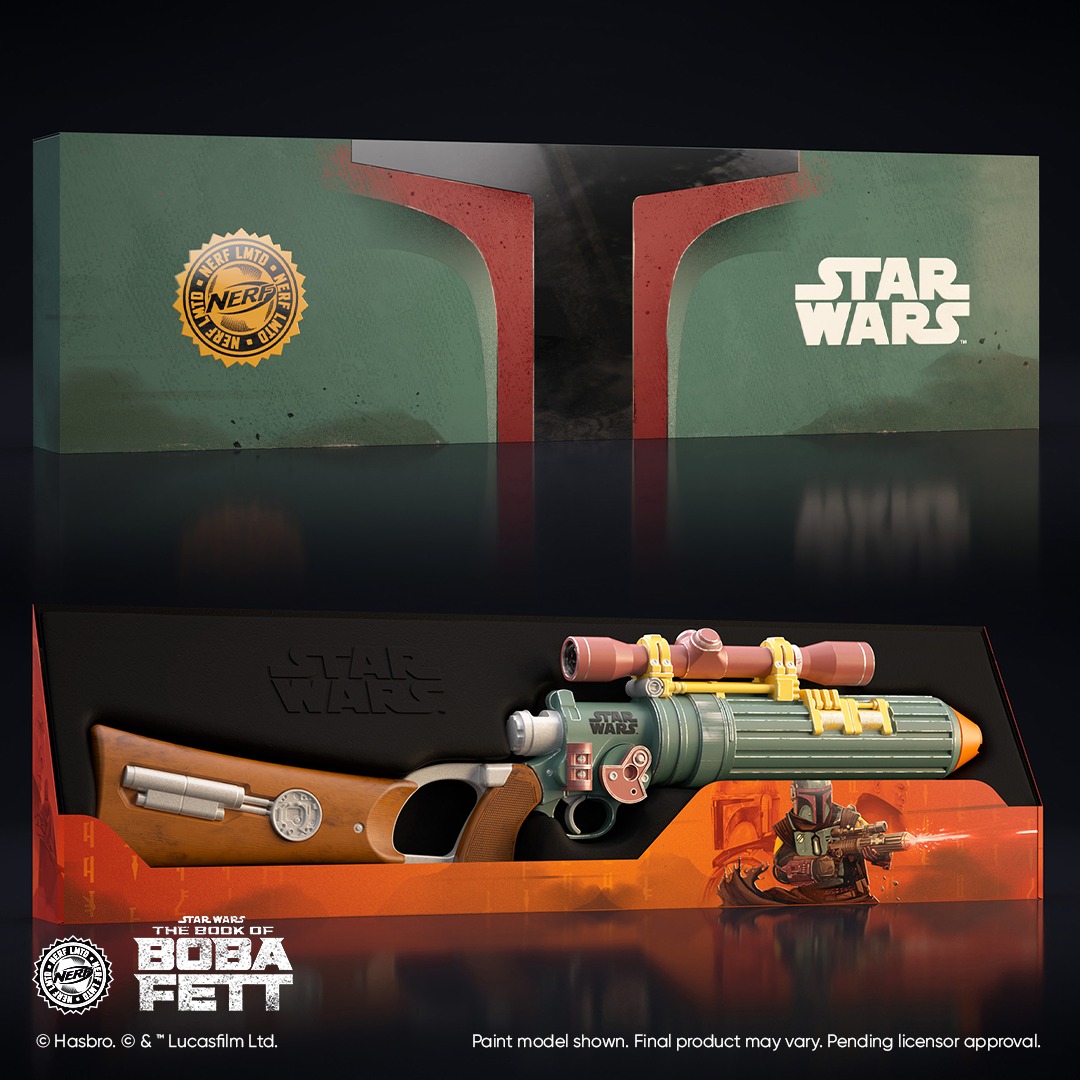 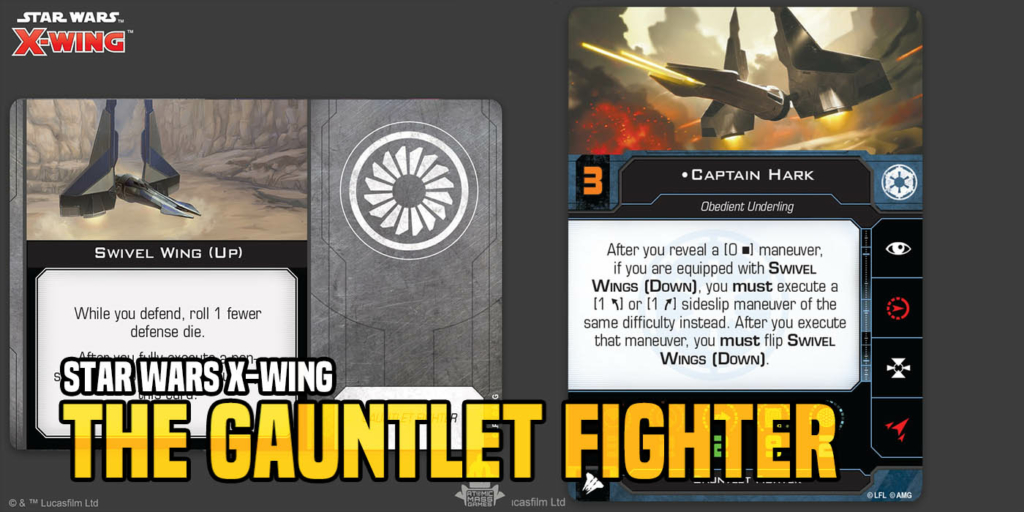