‘The Book of Boba Fett’ Ep. 2 – ‘The Tribes of Tatooine’ Breakdown 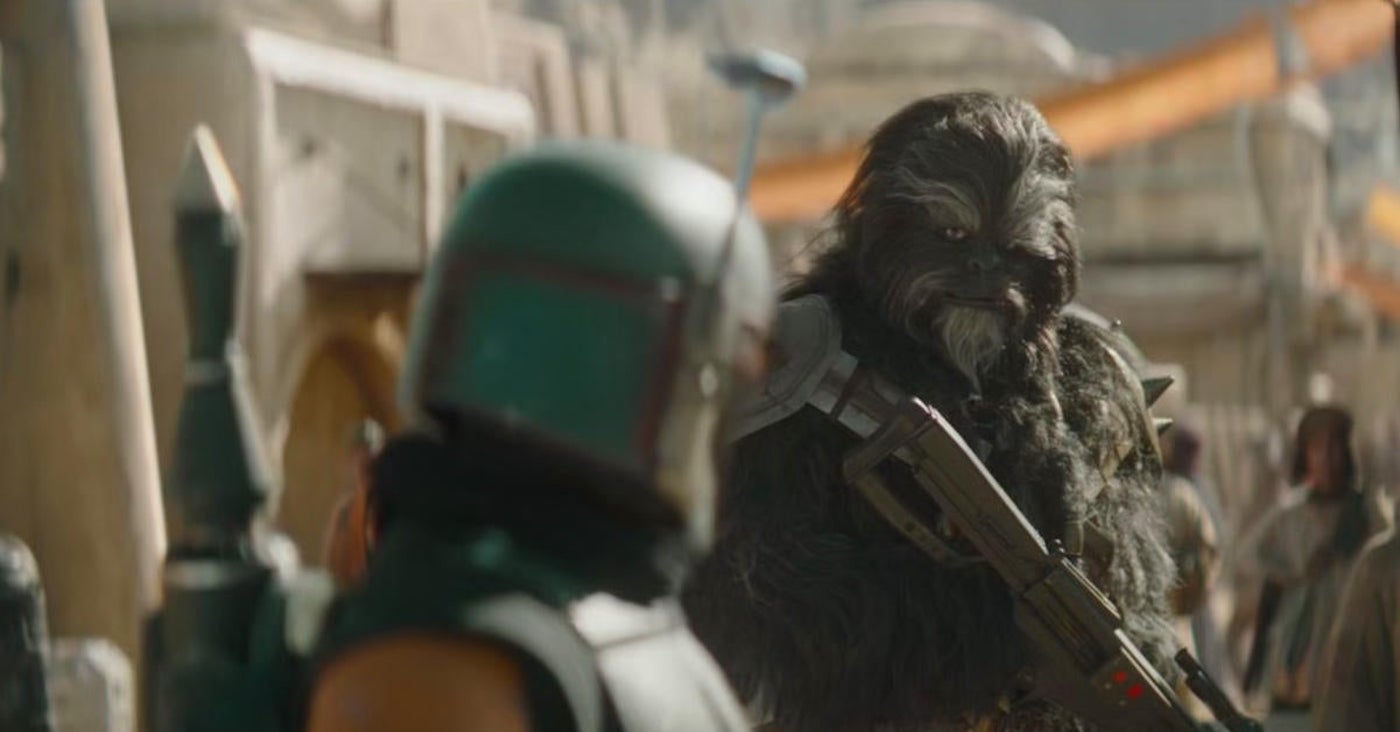 Messy politics, a train heist, and a very special Wookie cameo are all part of The Book of Boba Fett episode 2.

The Book of Boba Fett continues to dive into what exactly the new crime lord has been up to since we watched him fall into the Sarlacc Pit. Unfortunately, this means that the story continues to be a little lighter on the criminal underworld plot. But there is a definite movement in that story as well. These are all of the important plot points and Easter eggs we noticed in The Book of Boba Fett episode two.

Last week’s surviving would-be assassin isn’t terribly interested in talking and it is revealed that he is a member of The Order of the Night Wind, who are known for keeping tight lips. Fennec is all to happy to toss an unhelpful failed assassin to the Rancor. Of course it’s only revealed after Mr. Night Wind yells that he was sent by the mayor that Jabba’s Rancor is long gone.

Boba, Fennec, the assassin, and their Gamorrean guards go to pay the mayor a visit and are met with disrespect and red tape. They’re told that they aren’t on the schedule, their litter wasn’t seen, and that the mayor is simply too busy before Boba breezes past all of the bureaucracy to meet the mayor. Mayor Mok Shaiz is an Ithorian who claims that this member of the Night Wind was acting illegally and offers Boba the bounty for bringing him in. Of course, the assassin is immediately killed so he can’t be asked any questions and Mok Shaiz sends the group on their way. 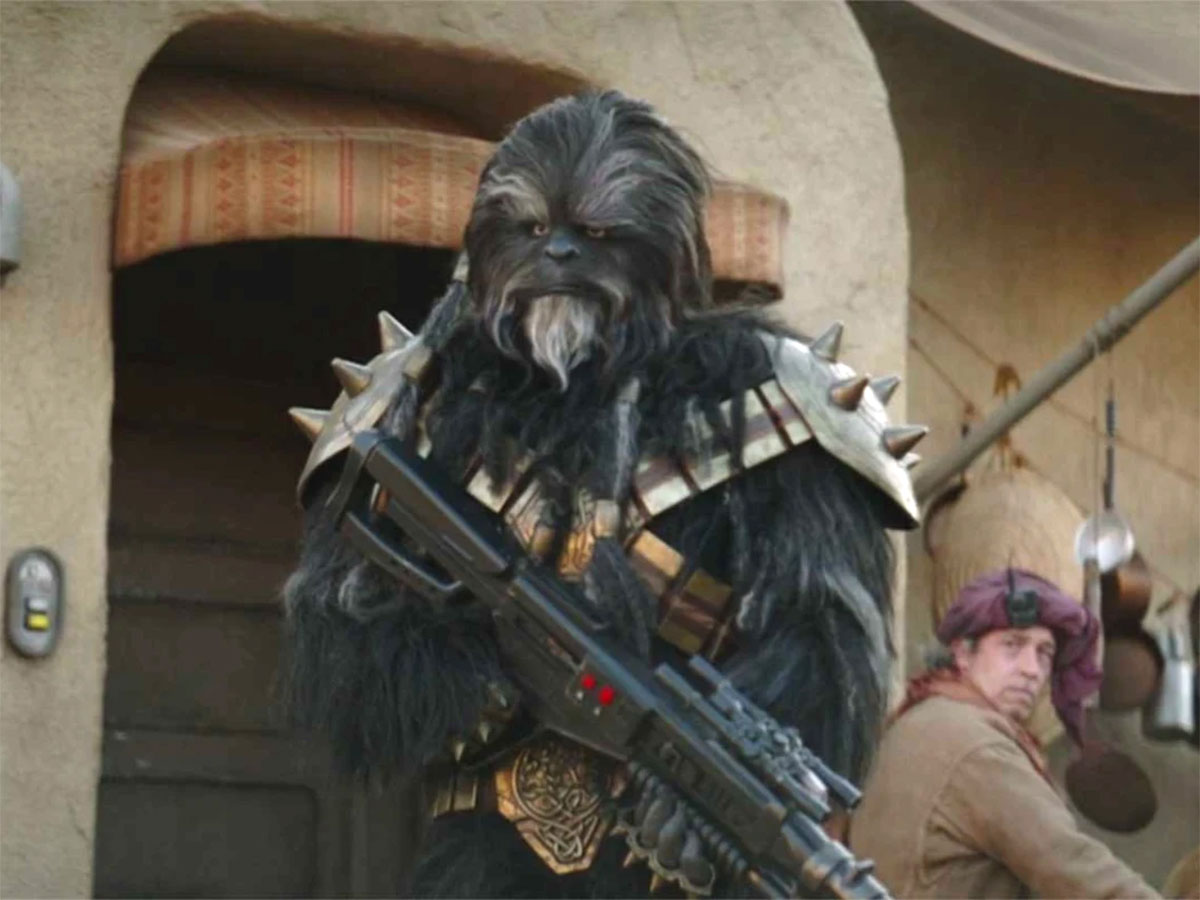 Shortly after Boba’s crew are met by two of Jabba’s cousins and their litter. There is some discussion regarding who has a greater claim to Jabba’s palace and status sprinkled with very open threats. Nothing is resolved as the parties part ways, but it’s obvious that this is far from the last time Jabba will hear from one of the Hutts. Perhaps most interesting is the fact that the Hutts seem to have hired Black Krrsantan. He’s best known as one of Doctor Aphra’s partners in crime. We’re hoping this is hinting at an eventual Aphra cameo in one of the upcoming shows.

This “present day” plot encompasses maybe ten minutes of the episode and does little to add plot. Instead it seems to be building up to something larger and laying groundwork. We’re excited to see what the payout will be, but would also like to see Boba Fett ruling the Tatooine underground and getting the respect he deserves already.

Meanwhile, Years Ago With The Tusken Raiders 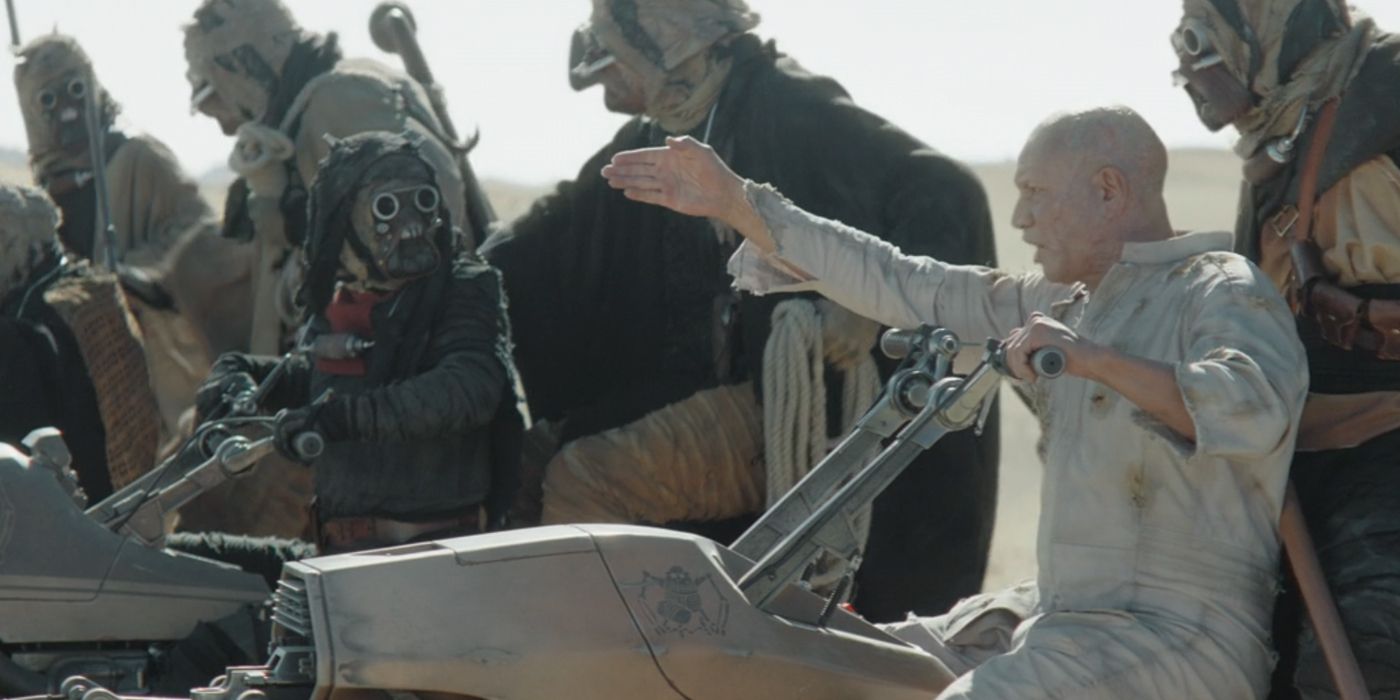 Since Boba earned the respect of the Tusken leader, his treatment is much different this episode. He’s being trained on the gaffi stick and trying to communicate with his new companions as best he can. He eventually lands on a type of sign language that may be an established galactic sign language or something that he and the Tusken Raiders landed on themselves over time, but things are going pretty okay for him.

He sees the Tuskens hiding from a train running near their camp and killing some of them from afar. So he decides to help them make this disrespect stop and plans out an old-west-style train job. Speeders are stolen from a local biker gang, exhaustive training and planning is laid out. Eventually he leads a crew that completely disables the train. 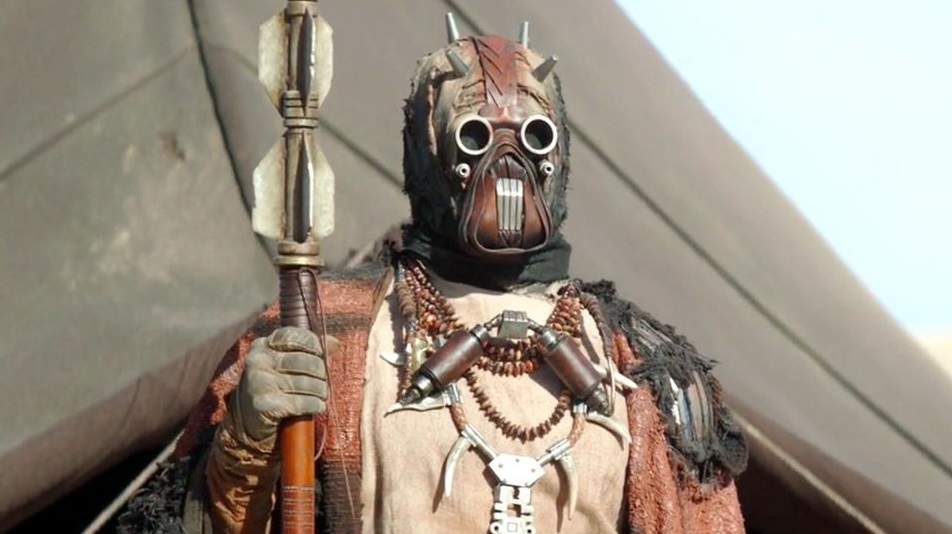 Spice smugglers explain that they thought that the uncivilized Tuskens would be a threat to their spice trade. Boba lets them know that from then on the sovereignty of the Tuskens would be respected. If anyone wants to traverse their ancestral land, they would pay a toll. It’s an interesting parallel to the modern-time struggle to be respected. It’s also a galactic look at indigenous people vs. colonizers.

The Tuskens respect for Boba grows once more and they offer him a gift…. a lizard fueled drug trip. Flashbacks to his past and nightmarish visions have him coming back. Unknown amount of time later with a branch that is turned into the gaffi stick we see him wielding in The Mandalorian.

All in all this was an enjoyable episode and The Book of Boba Fett still has a ton of potential. We’re looking forward to seeing where it all goes. But let’s be honest. We all want to see more of Team Boba kicking ass as a Tatooine’s newest crime lord.

What was your favorite part of this episode of The Book of Boba Fett? What do you want to see next for the series? Which character cameos do you hope are coming up? Let us know in the comments! 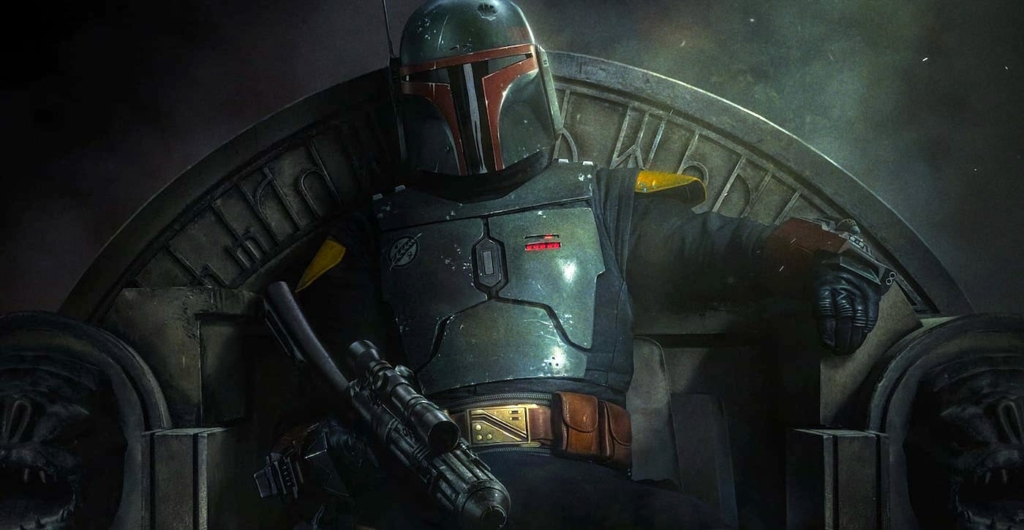