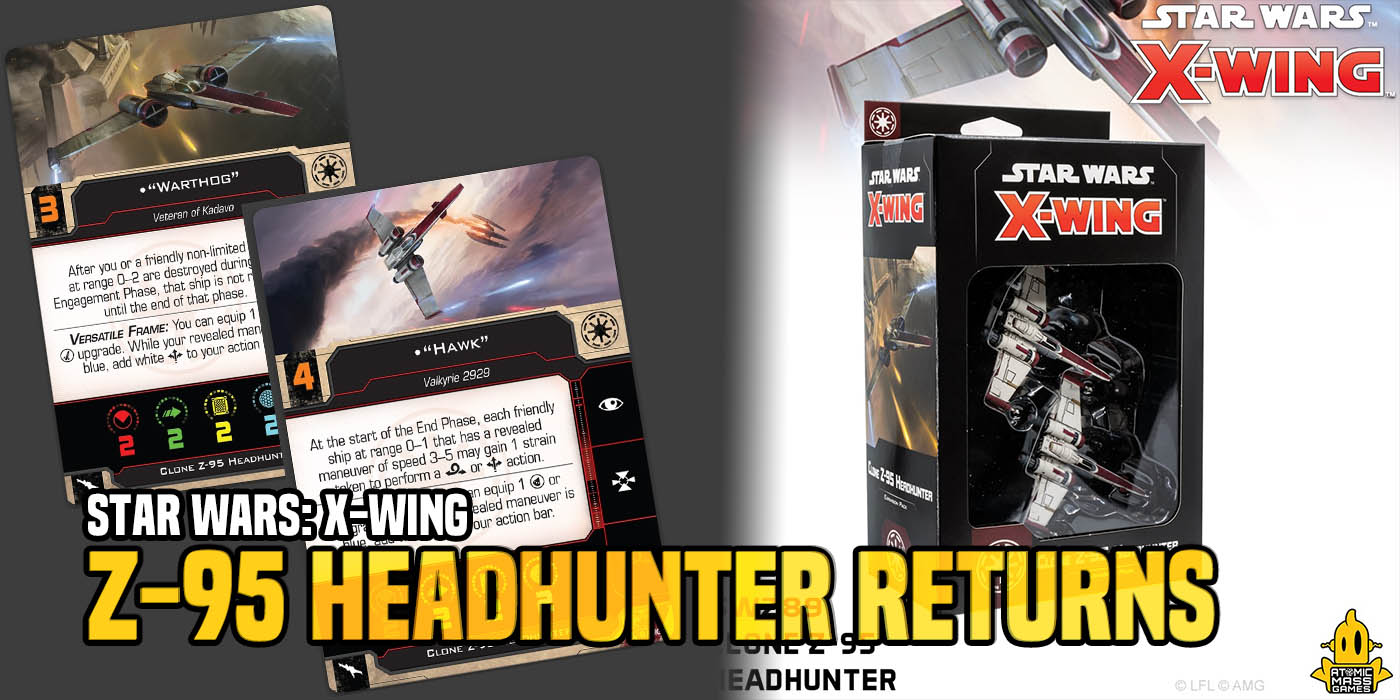 This one is for all you X-Wing fans out there. Specifically if you’re a fan of those Clone Pilots. The Z-95 Headhunter is making a return with some updates from Atomic Mass Games. 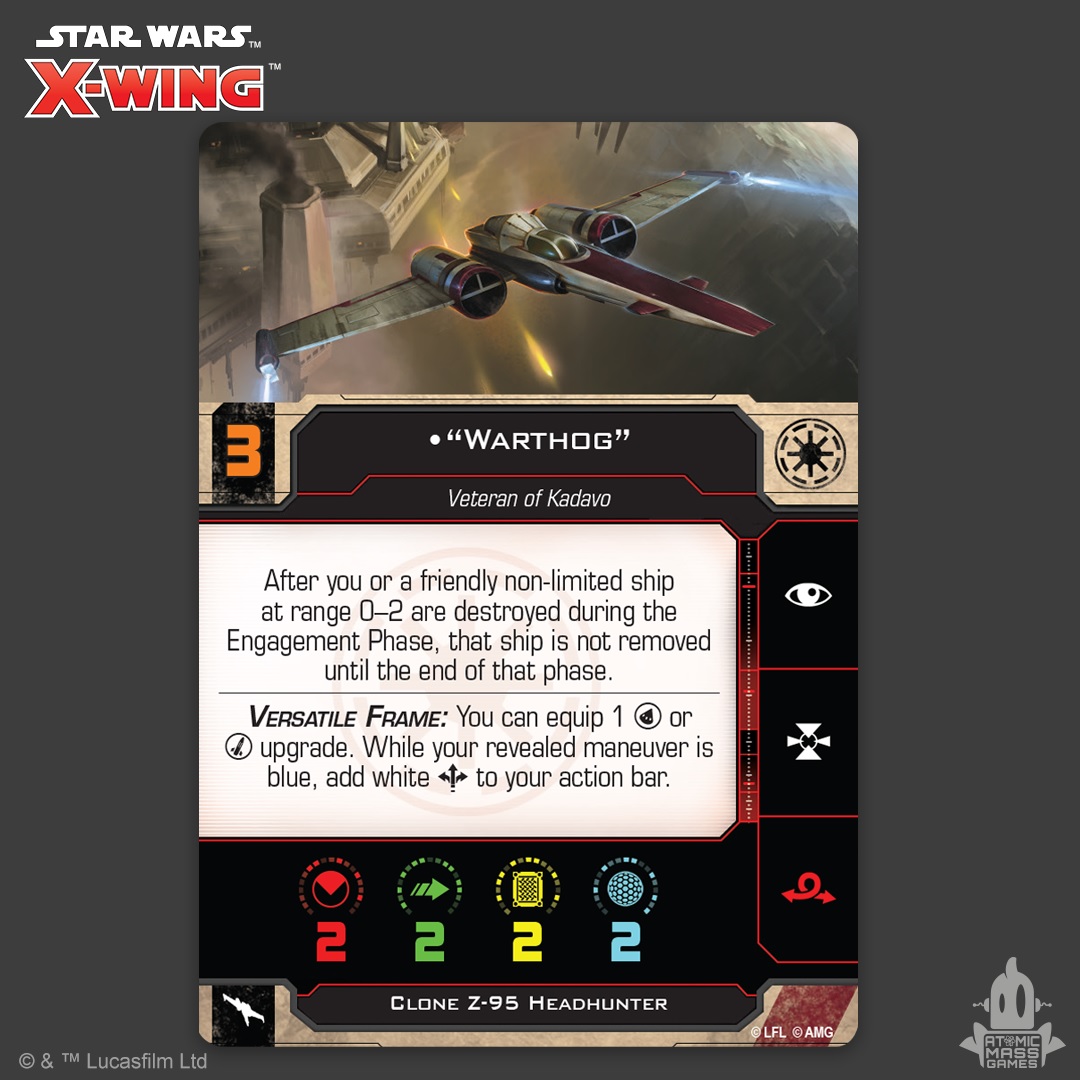 The ship itself doesn’t boast the most impressive profile. However the Z-95 does have the a few tricks up her sleeves. The dial isn’t too shabby and with the ability to surprise folks with a not-so random boost action she’s slippery when she needs to be. 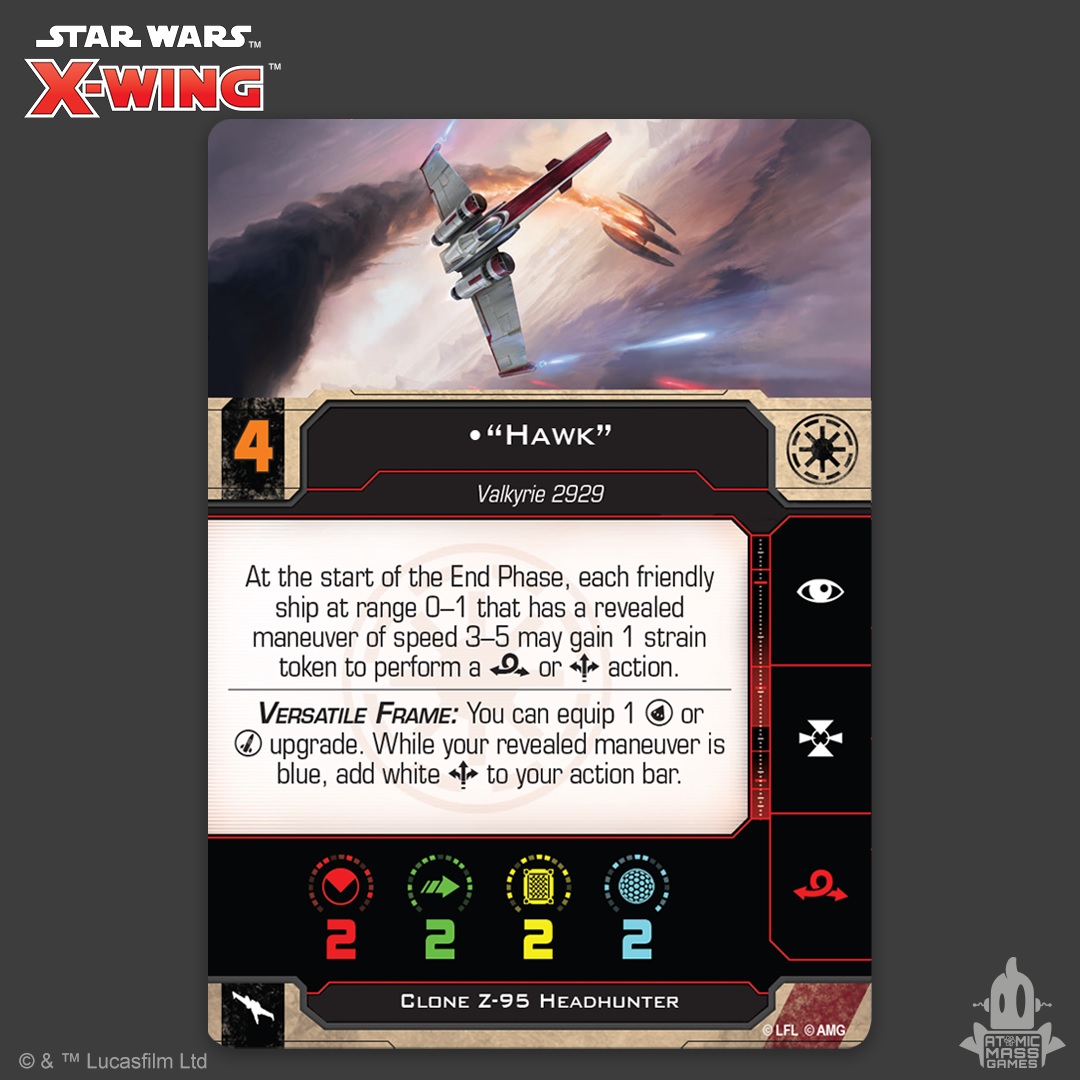 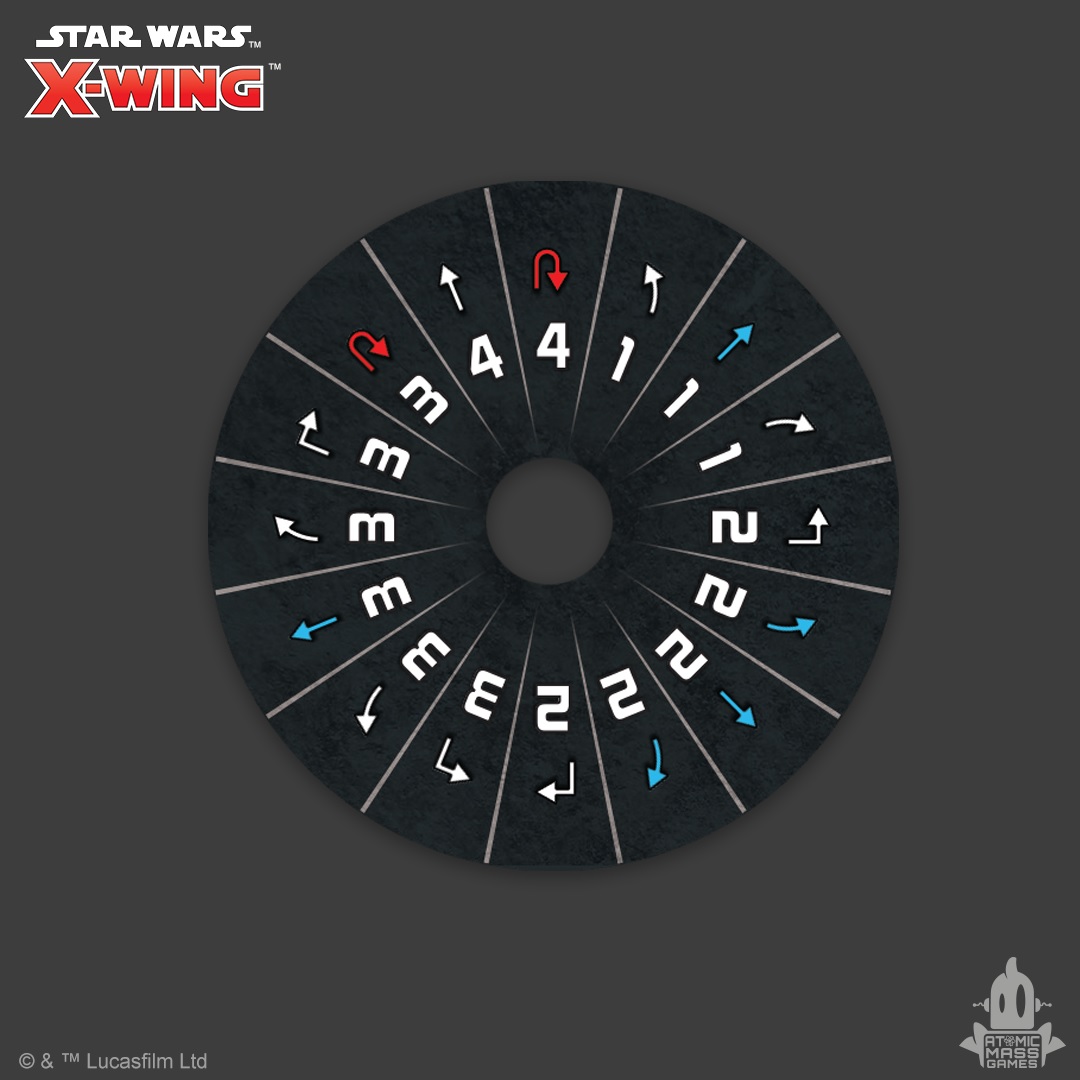 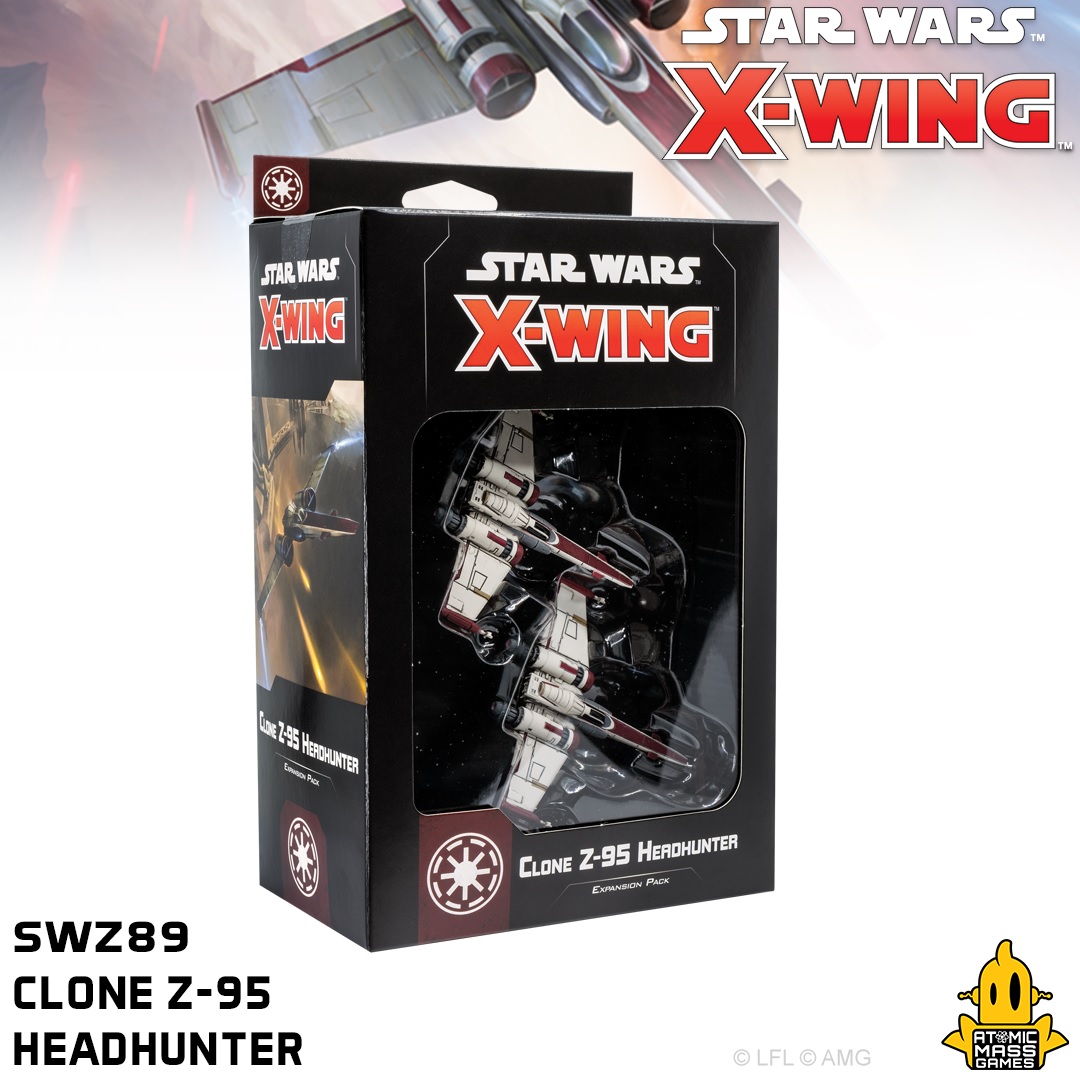 Support your Grand Army of the Republic forces with the Clone Z-95 Headhunter Expansion Pack for Star WarsTM: X-Wing! The Clone Z-95 starfighter is a light-weight, multi-role variant on the widely produced Z-95 Headhunter. The versatility and maneuverability of this starfighter make it a perfect support fighter able to fulfill a variety of roles.

This expansion contains everything you need to add two Clone Z-95 Headhunters to your Republic squadrons, including two beautifully painted miniatures in the classic Republic scheme, two maneuver dials, and tokens. Additionally, twelve ship cards let you choose the pilots who fly these starfighters into battle and eighteen upgrade cards invite you to customize your ship to fit your strategy.

Send in the clones! 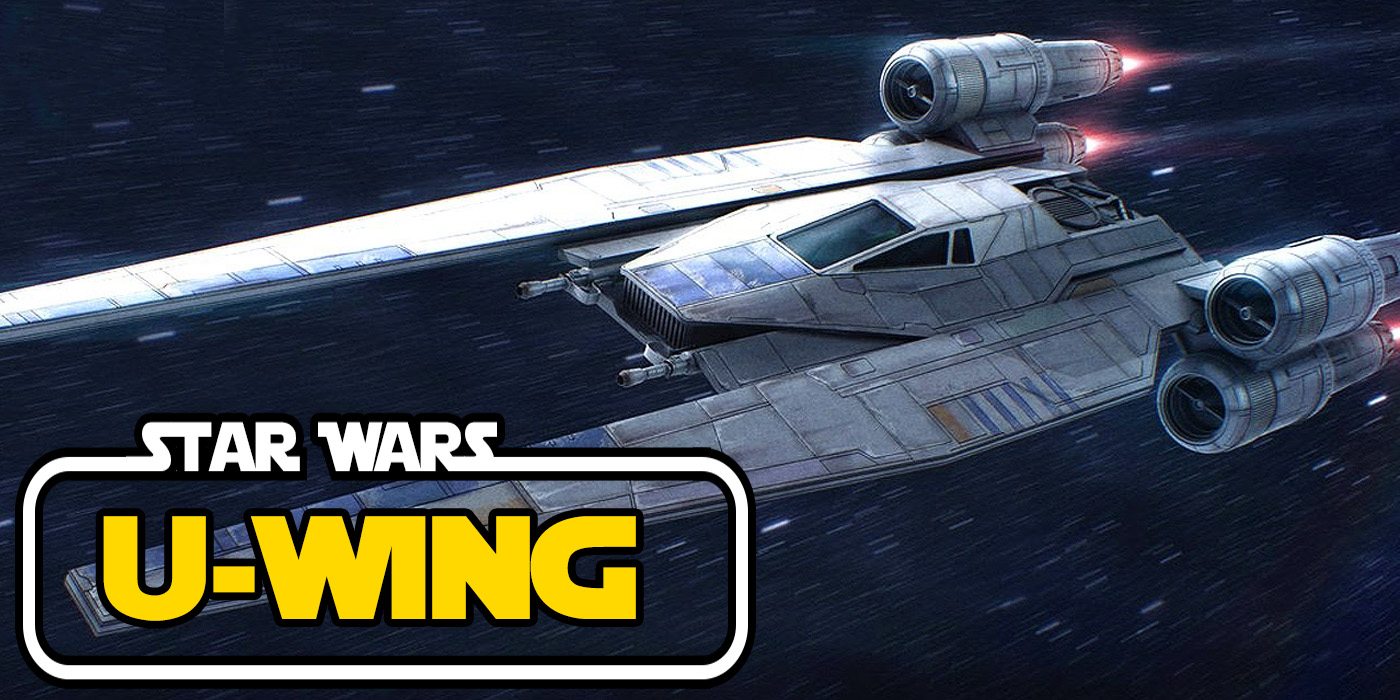