Warhammer Fest: All The OTHER Horus Heresy Releases 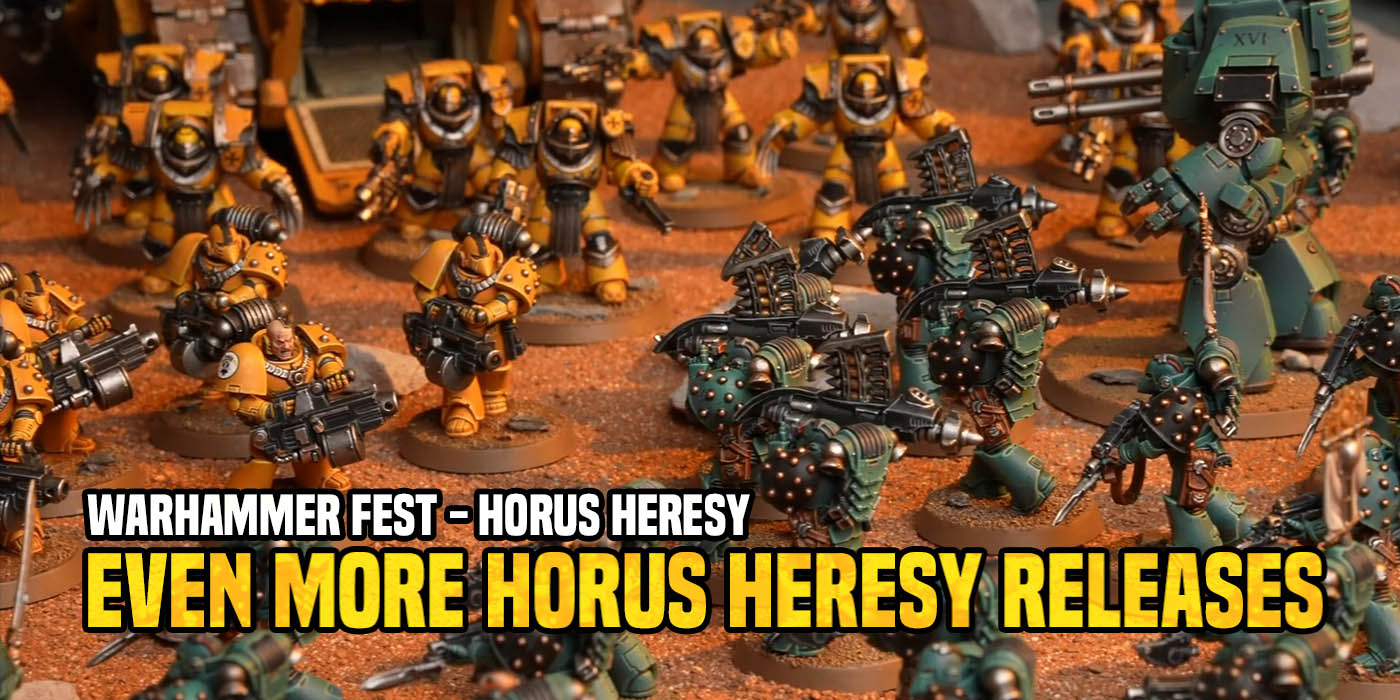 Games Workshop has a whole lot more stuff planned for the Horus Heresy. Check out what else is coming!

It wasn’t just new tanks and a new boxed set. There’s a whole lot more coming for the Horus Heresy from Games Workshop. New books, more kits, and even more goodies are inbound. 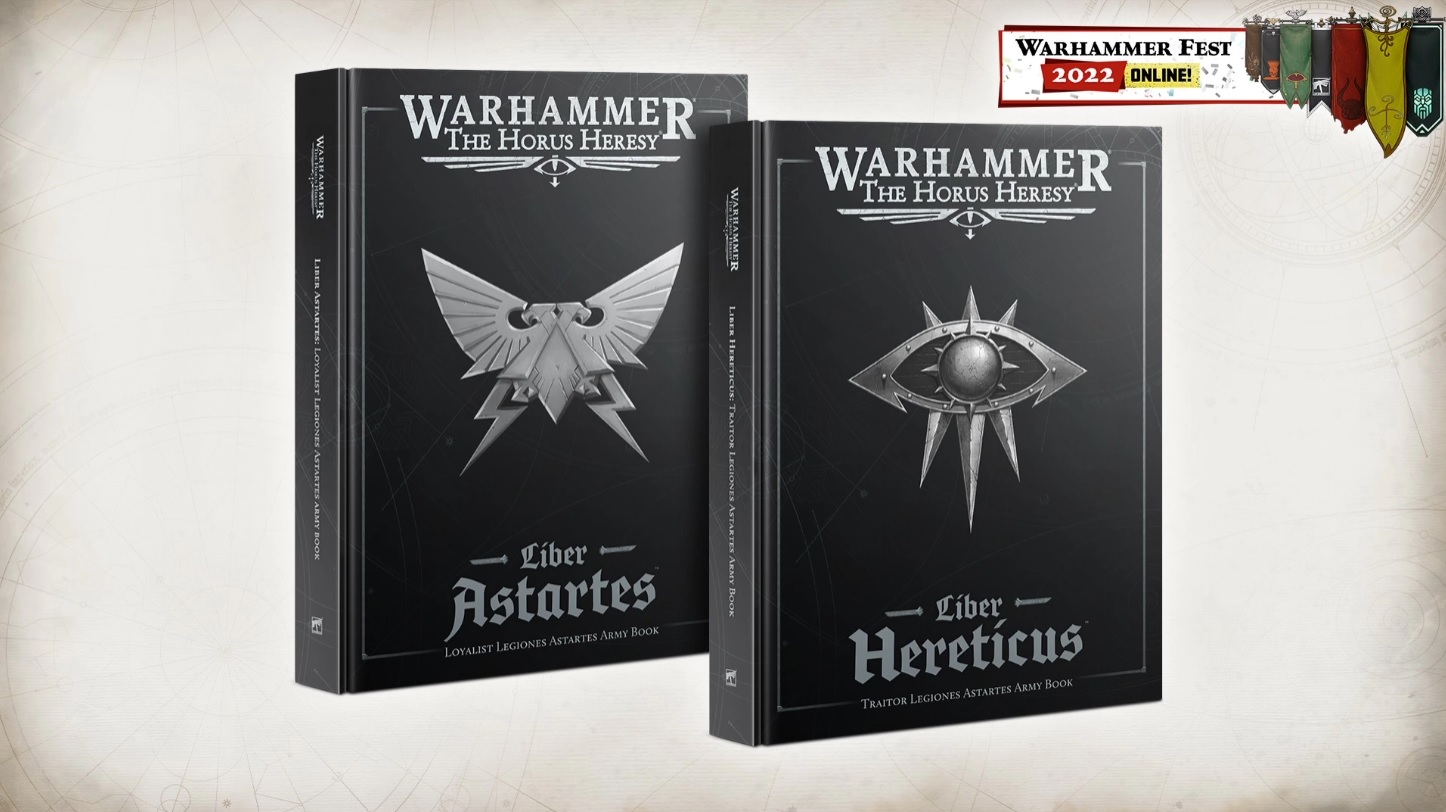 Wondering where you’re going to get all your Legion rules? These books have you covered. Basically, each book has all the “Generic” rules for the various Space Marine Legions included while the back half of the book has all the specific rules for their respective Loyalist or Traitor Legion. Depending on which faction you play you will need one of these books.

These books are MASSIVE at over 300+ pages each. It’s good new for anyone wonder where the heck they are supposed to get their rules at for their respective Legion. At least they are all going to be located in a single spot for you.

This next bit shouldn’t be a shock to anyone, but there are also more Space Marine kits on the way. We’ve got the new MK VI box as well as a few more of the older kits repackaged, too. And, by the way, these boxes do contain 20 models each! 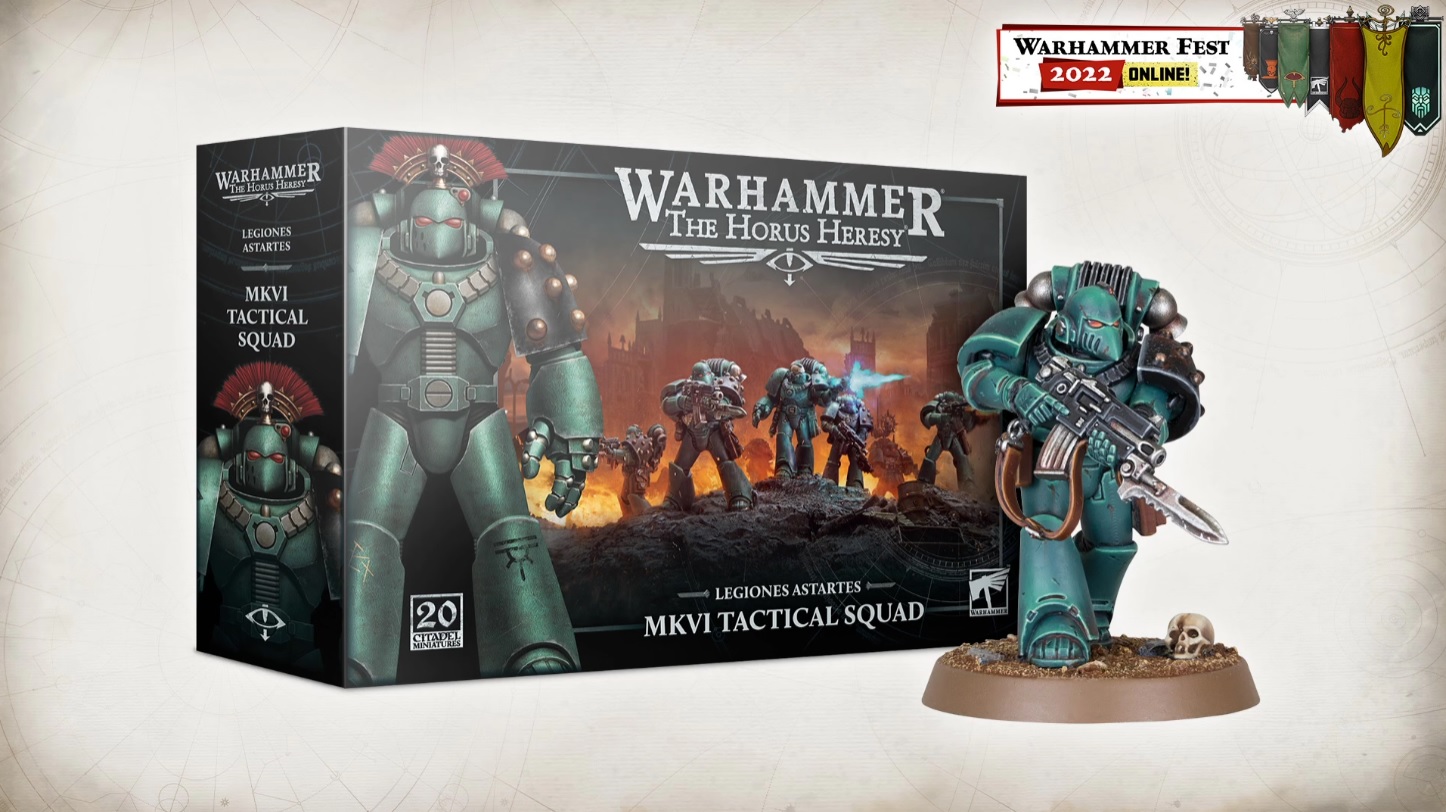 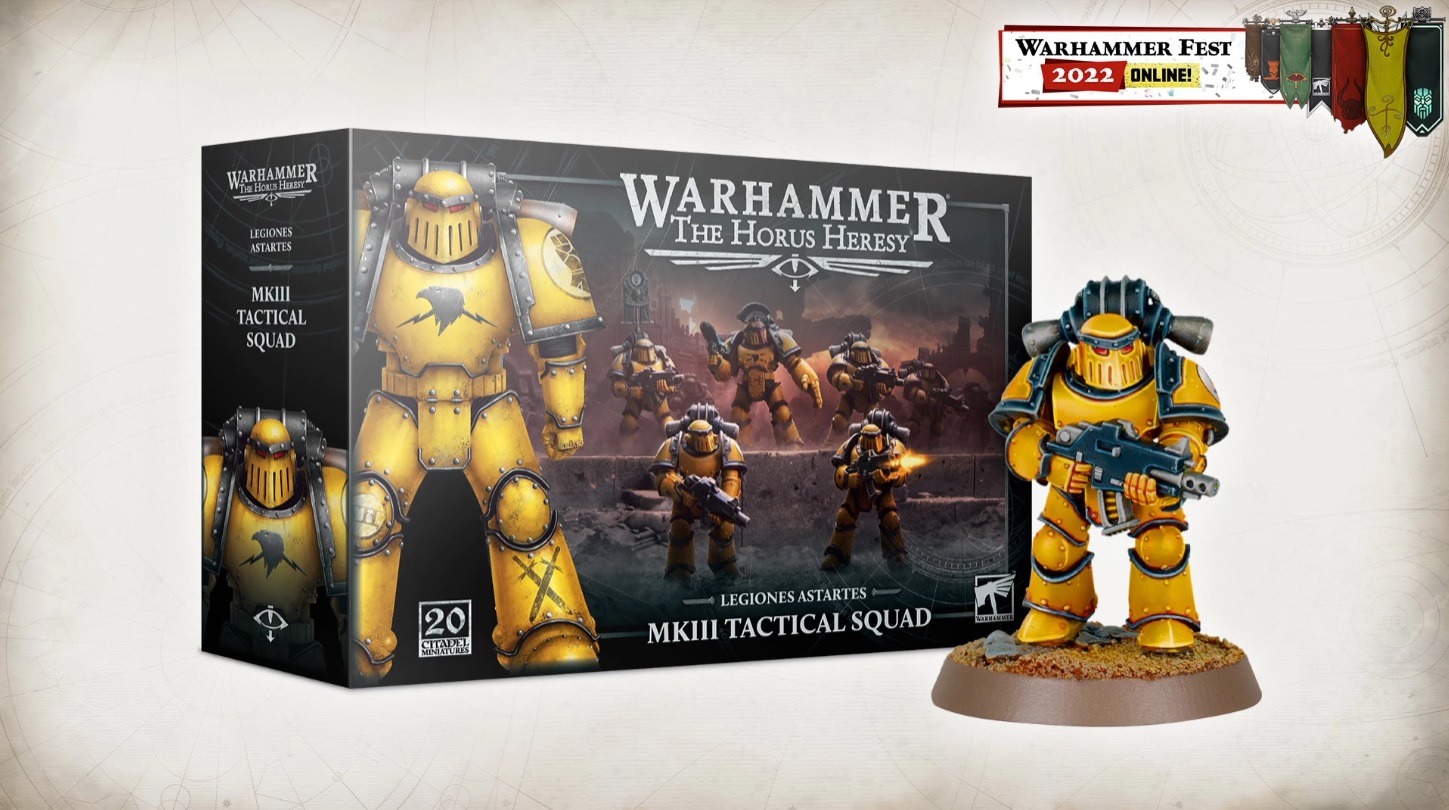 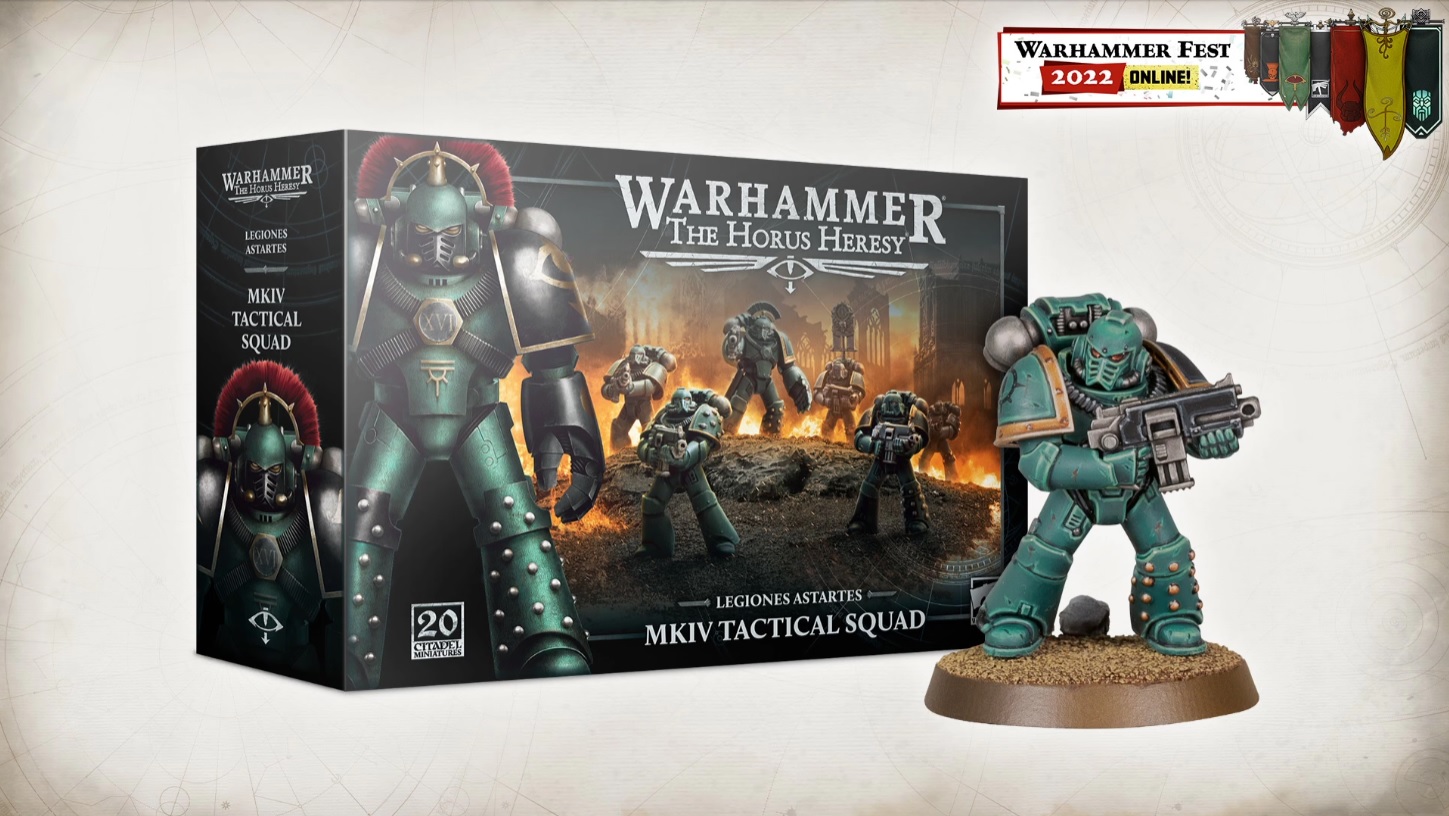 There’s also a pair of Characters from previous Horus Heresy boxes that are getting a re-release as well: 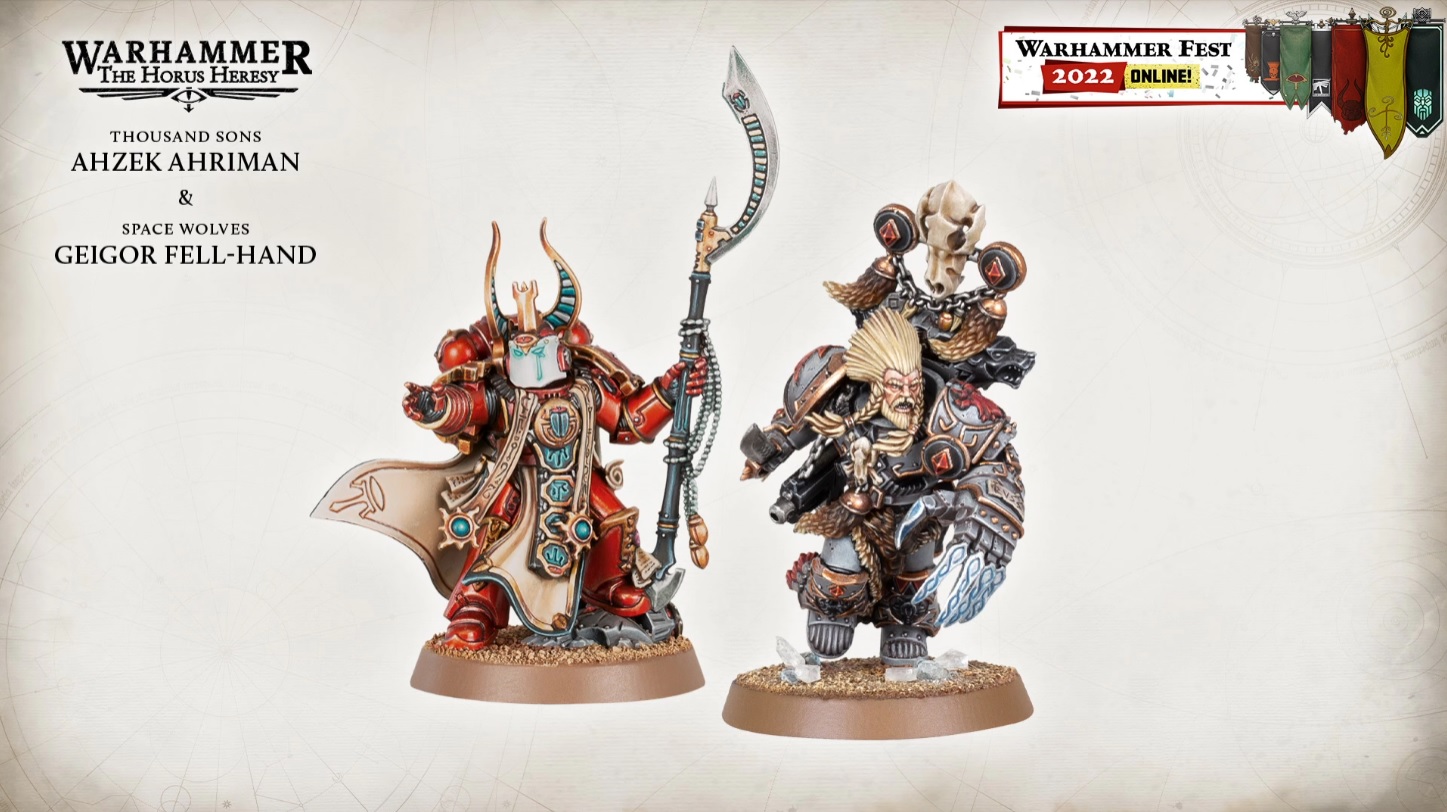 Ahzek Ahriman and Geigor Fell-Hand are coming back with kits of their own, too. This is a nice hat tip to fans of those Legions.

With all those Marine running around you’re going to want some extra firepower options. Thankfully, GW has you covered with new upgrade kits! 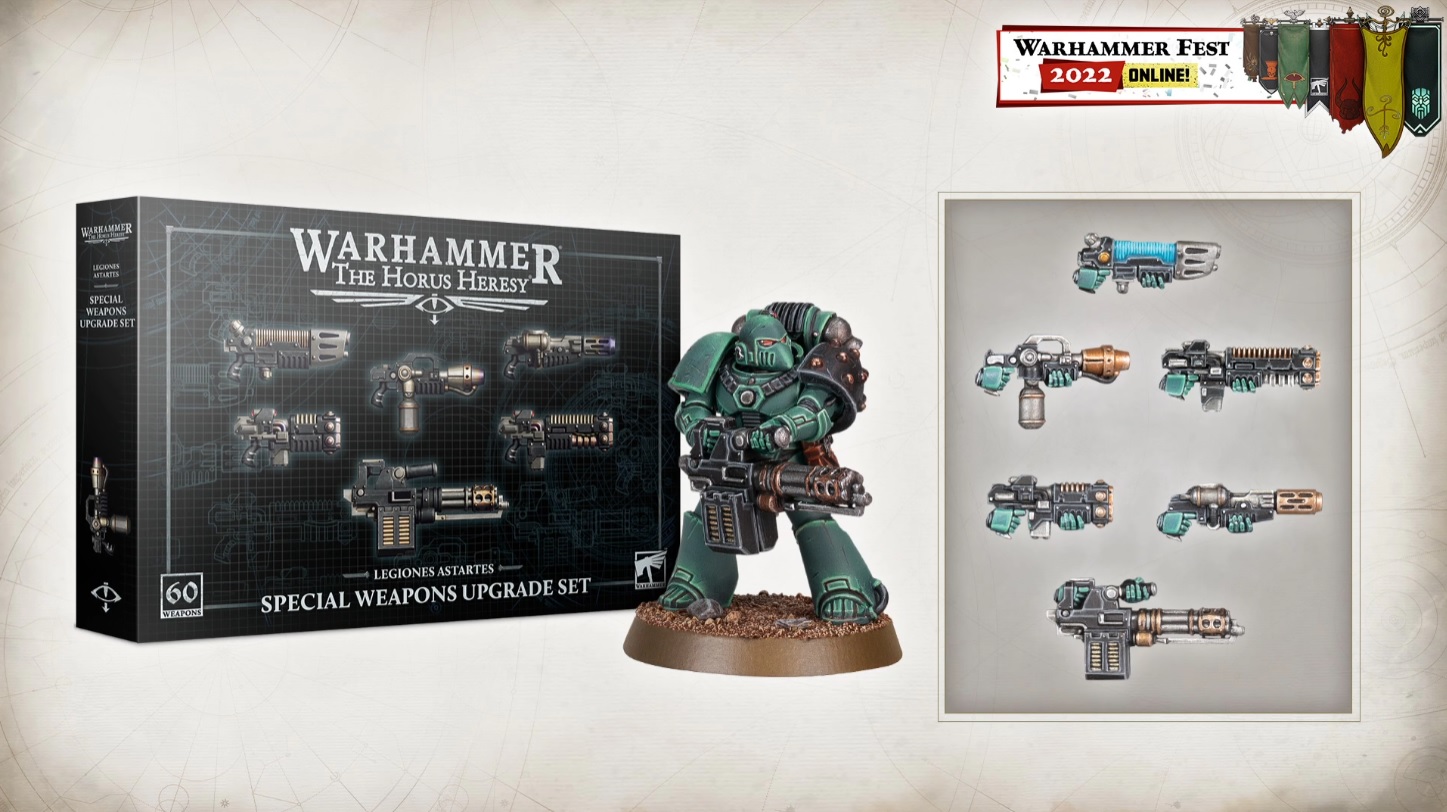 Because of the way squads work in the Horus Heresy, you kind of need lots of the same special weapons. Well, these upgrade kits contain 10 of each weapon! you won’t be short on guns for your squads with these sets! 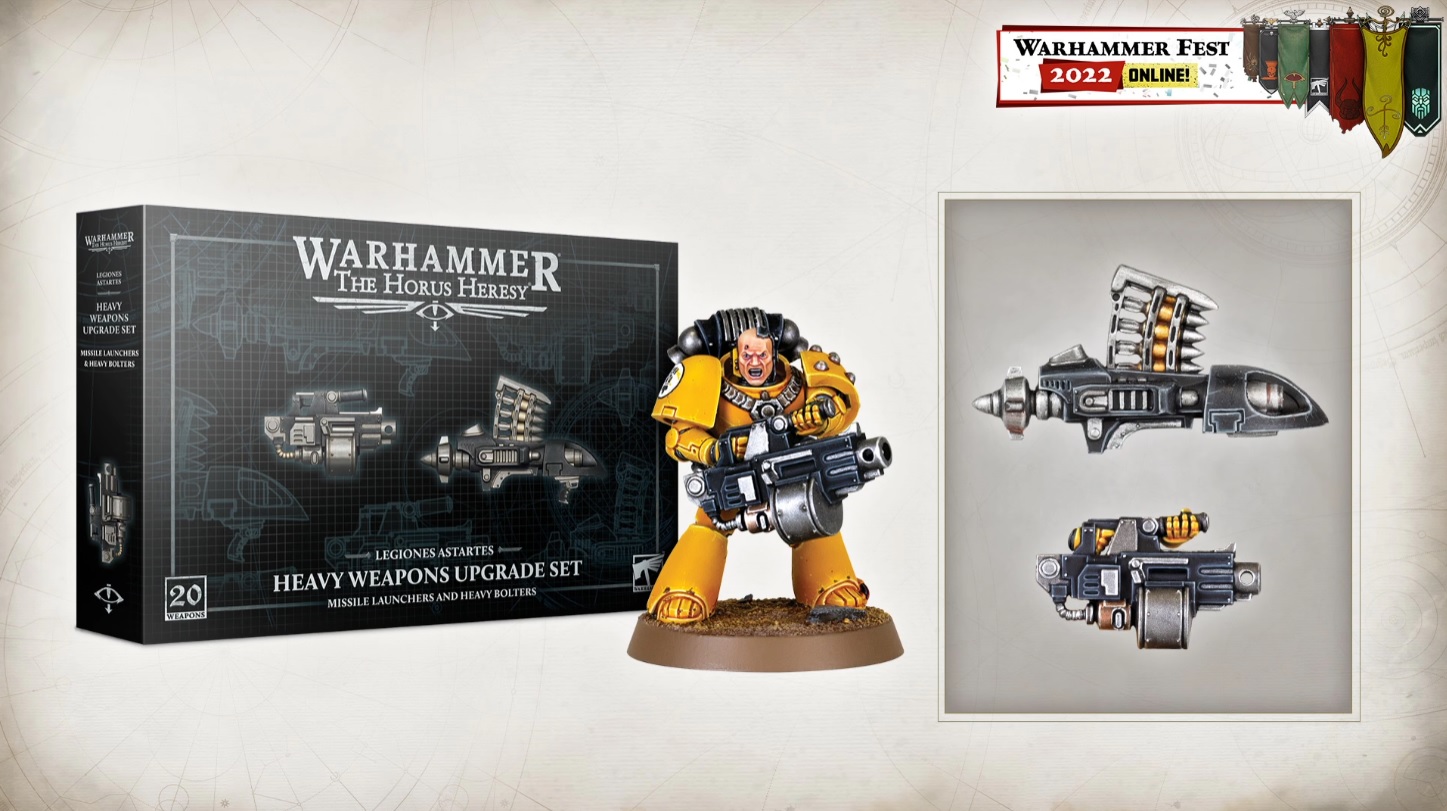 If you’re looking for the “meat and potatoes” weapons it doesn’t get more basic than the Missile Launcher and Heavy Bolter option. Again, comes with 10 of each! Go nuts. 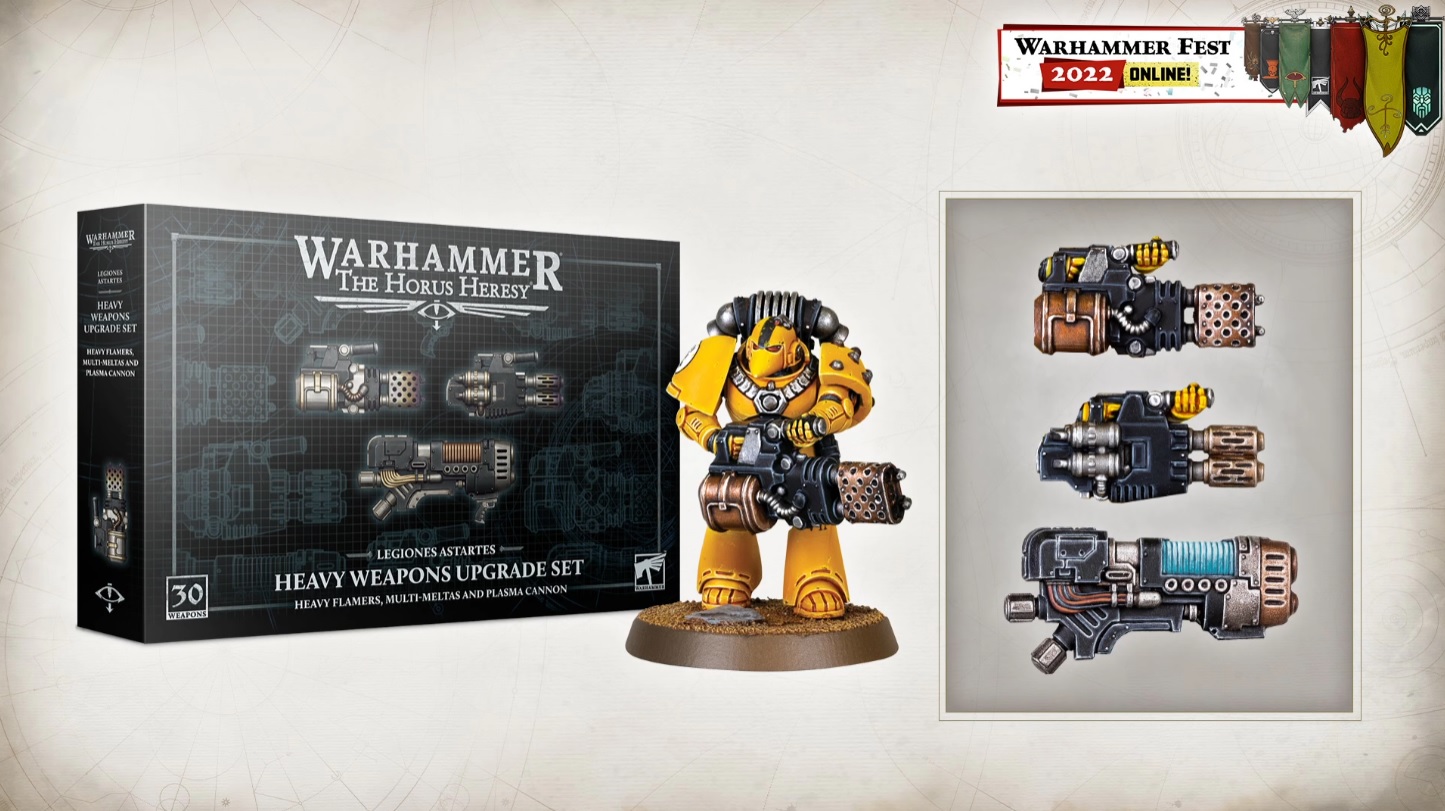 How about Heavy Flamers, Multi-Meltas, and Plasma Cannons? Here’s a box for that — 10 of each! 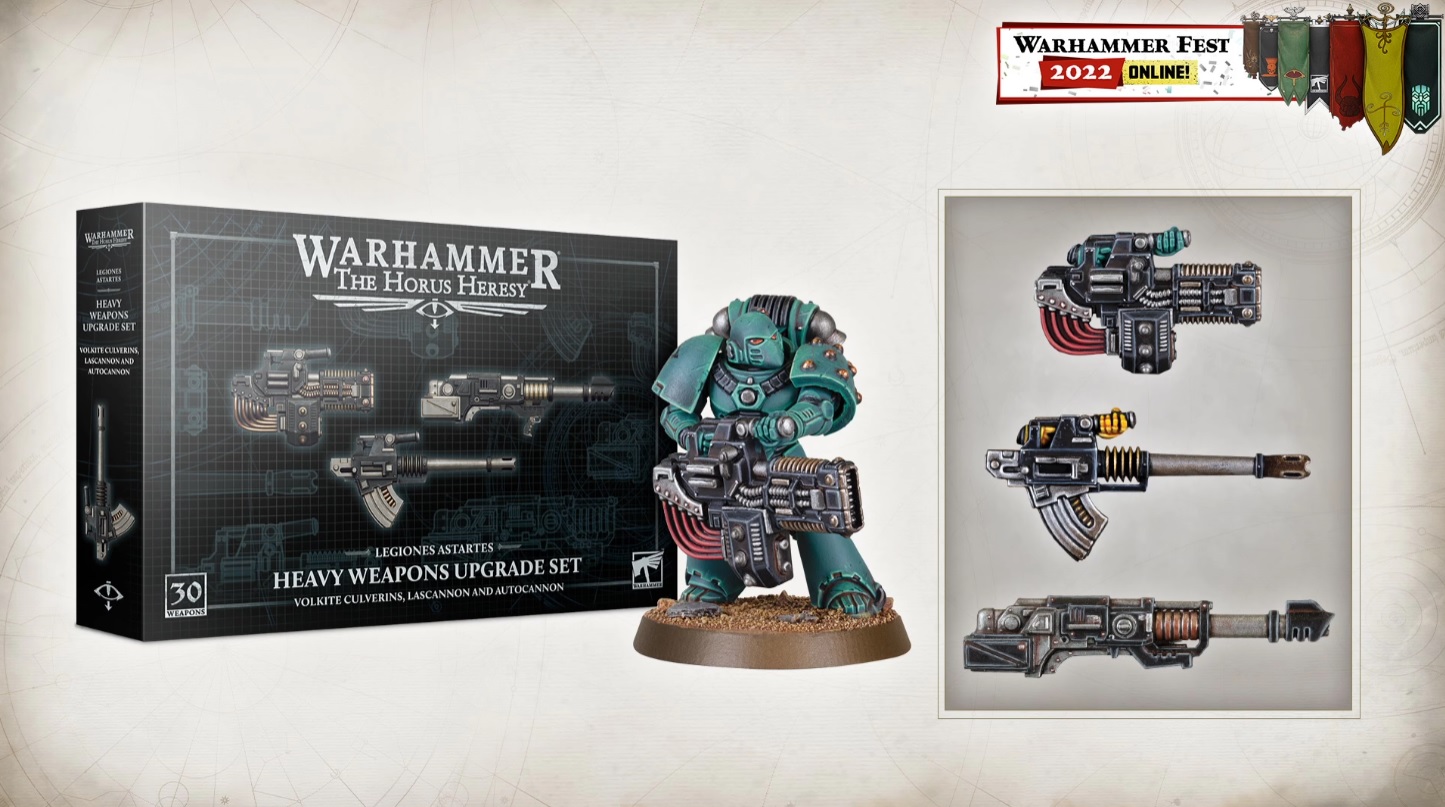 And now we get into the Volkite Culverins, Lascannons, and Autocannon sets. 10 of each once again. Oh and yes, these sets do come with the appropriate arms to hold these weapons.

That is a whole boatload of goodies coming to the Horus Heresy with plenty of options for you to build whatever you like. And we wouldn’t be shocked if GW had even more stuff planned for the Horus Heresy, too!

What do you think of the Horus Heresy relaunch? Are you excited about all these new kits?!