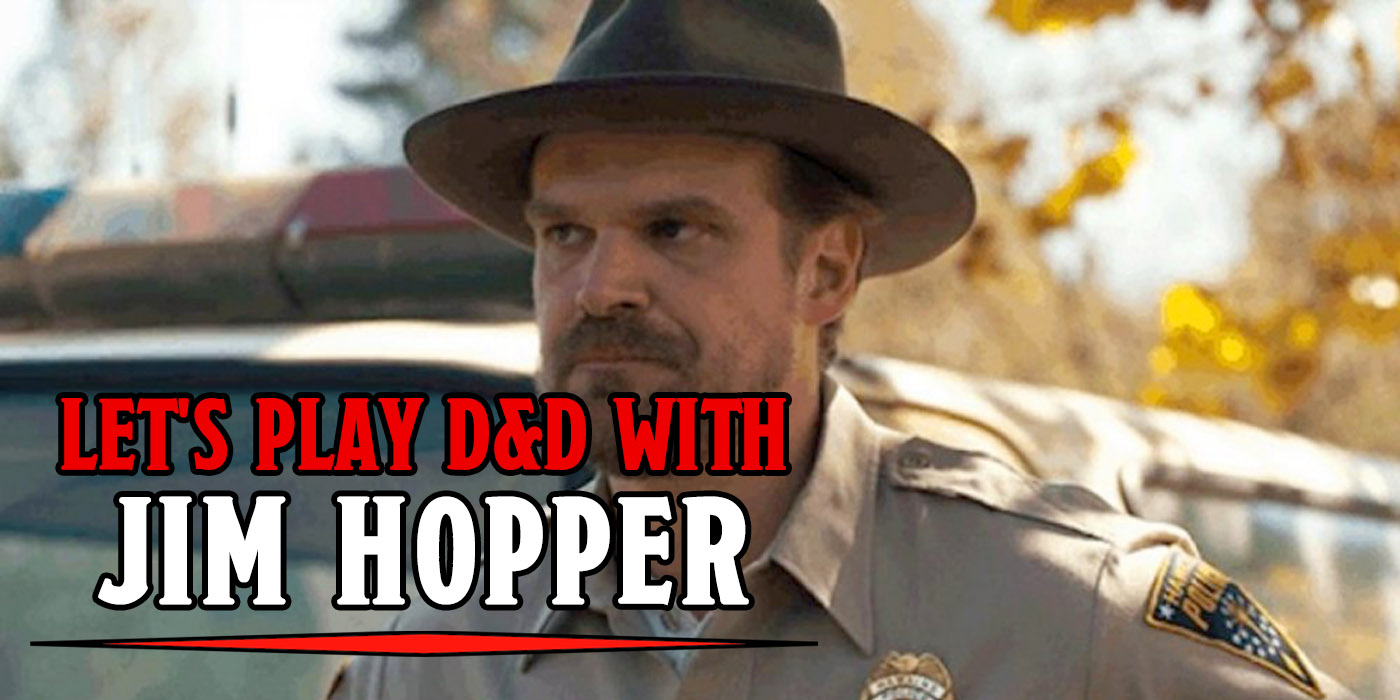 If things are getting stranger in your D&D campaign, it may be time to add police chief, dad, and mustache wearer, Jim Hopper to your party.

Stranger Things is back with episodes bigger, scarier, longer, and stranger than ever. Dungeons and Dragons has been a theme throughout the show since the beginning, and one day we’ll go through the core group of kids and make them into the perfect party of dungeon crawlers. But for now let’s take a look at one of the most normal dudes to ever begrudgingly get involved in a monster filled adventure. That honestly sounds like the crux of D&D for many of our characters, after all. This week we’re playing D&D with…

Hopper is a normal guy. You get the impression that all he wants to be is a normal guy in a normal town doing normal town stuff. He’s not the chief of police in a 80’s quietest community to do the hard hitting investigative work. He’s there to respond to drink coffee and sometimes respond to noise complaints.

So we started with some of the most average and by-the-books character creation by making Hopper a Human Paladin. Humans are aggressively average and Paladins are basically the police of the D&D world. Outside of City Watch, that is, and we of course make that his background. Usually Paladin comes with some religious [sub] text, and that doesn’t feel terribly Hopper, but we can work with it. 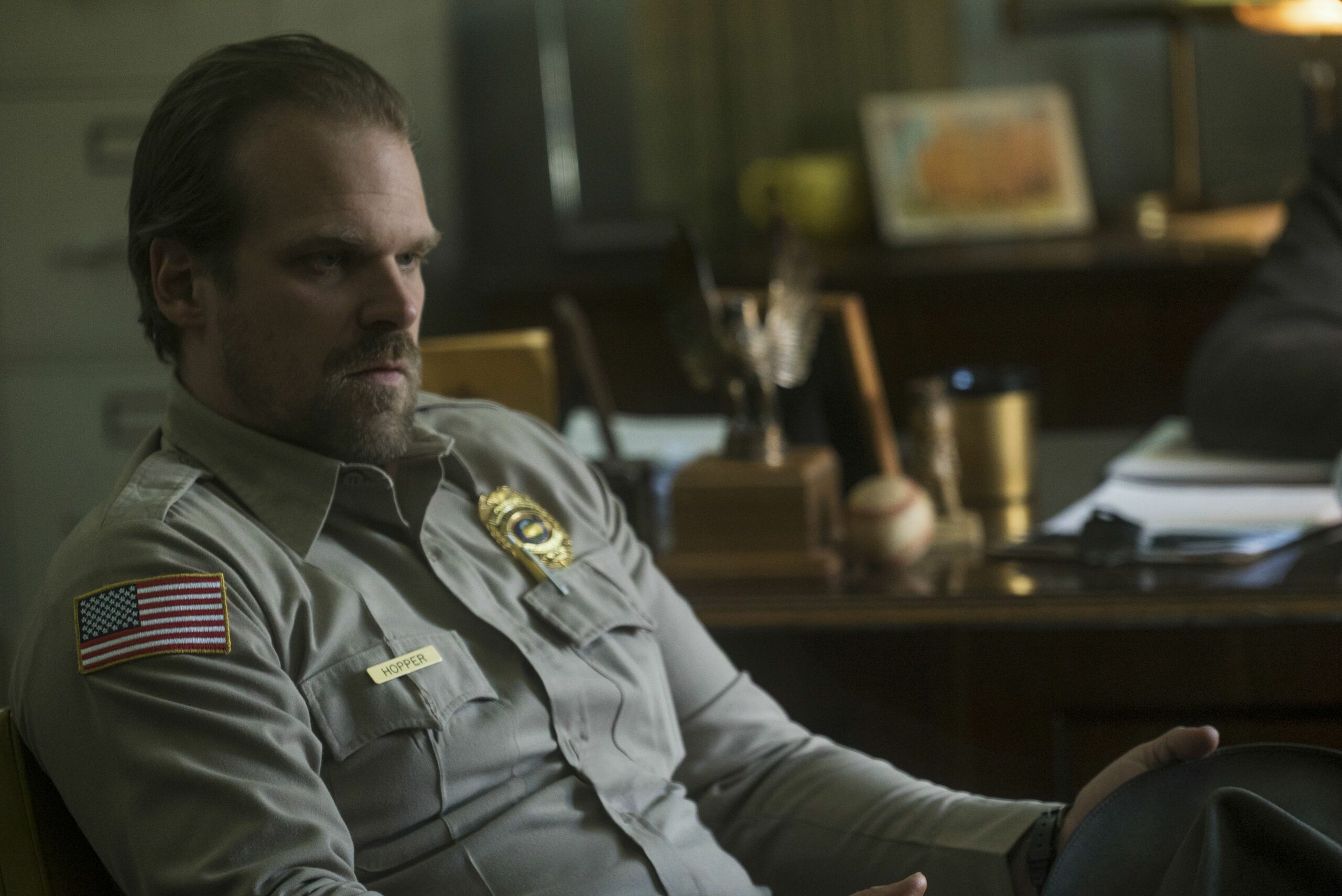 His fighting style is Protection and his Oath is Devotion, both making it clear that this is a character who will protect children time and time again. I don’t even think he wants to or spends any time thinking about it. Jim Hopper seems compelled to throw himself between children and unspeakable horrors time and time again. He’s not always effective or even helpful, but is he ever there to act as a human pre-teen shield.

Which is why I gave him the Lucky feat. I’m not sure how he hasn’t died yet. This is a character so clearly protected by plot armor. In-game he would obviously be re-rolling at least one die per game. For his equipment, I tried to stick to more or less what he would have or we’ve seen him with. He’s got two different firearms and a few police standards like his uniform and City Watch came with manacles and a horn to call for help with…. Or a radio. It doesn’t seem like he wears any sort of armor in the show, but I didn’t want to throw this poor man into a dungeon with the literal Demogorgon without anything. After about a minute worth of research I saw that bullet proof vests weren’t uncommon for police officers to have starting in the 70s. It’s not unlikely that he had access to at least that and I made sure D&D Jim Hopper had something similar-ish with a chain shirt.

Finally, spells don’t seem like Hopper’s style. He’s not a magic users, he’s a shoot-guy. But Paladins have magic so I needed to give Hopper at least a few spells. I tried to give him things that would help him protect the children like Protection From Evil & Good and Aid. But he also has a few spells for police chiefing and general command like Command and Heroism. And Zone of Truth is good to have if you’re spending all of your time around a bunch of kids and evil scientists who aren’t particularly forthcoming about what they’re up to. How would you make Jim Hopper for D&D? Do you like the latest episodes? What movie, show, comic, or game should I make sheets from next time? Let us know in the comments! 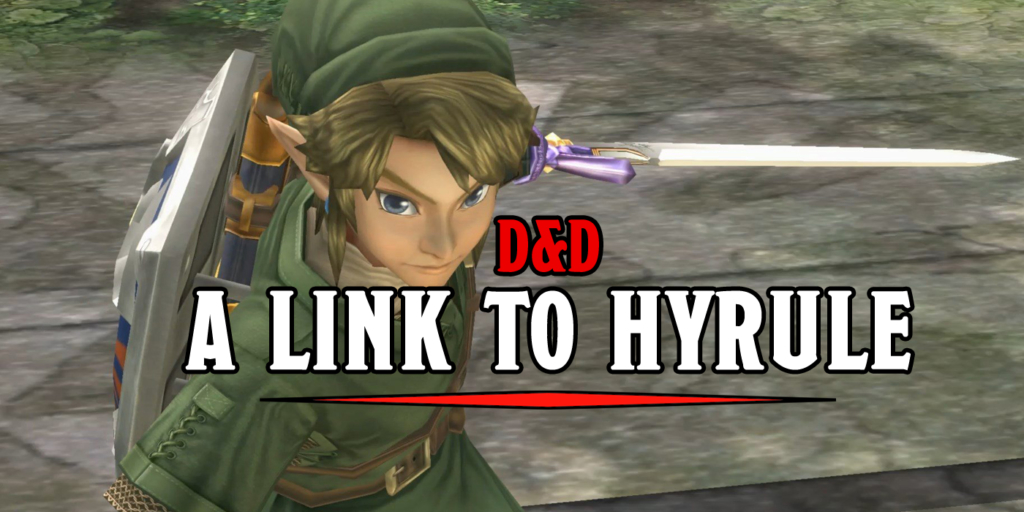