NFTs & Blockchain are Coming for Your Tabletop RPGs 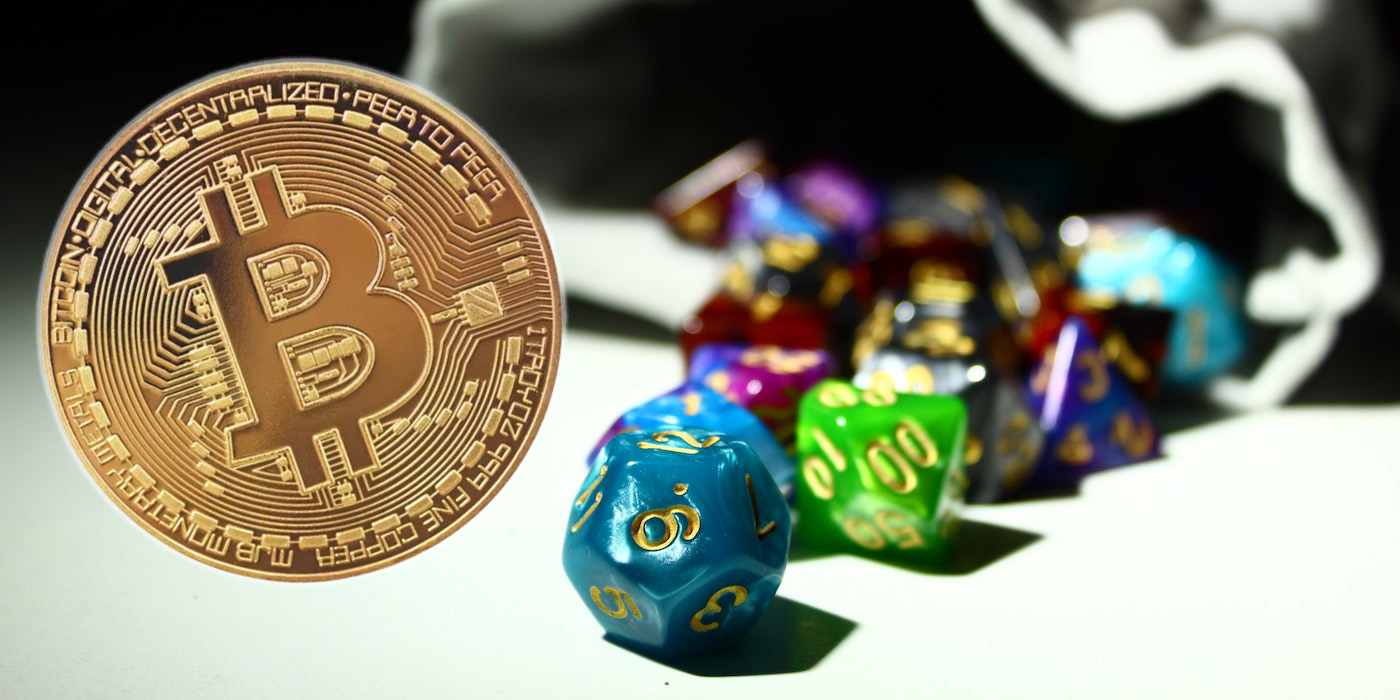 Tabletop RPGs have long been immune from the cash-grab efforts most often seen in the video game industry. That may be about to change.

My name is Ross Watson, and I’ve been a game designer in the tabletop industry for over twenty years. I’ve seen a lot of games and a lot of trends come and go, but one I am deeply concerned about involves the use of NFTs, the blockchain, and other unwelcome “innovations” that threaten to over-commodify.

You may have heard of NFTs, or “non-fungible tokens.” You’ve probably seen the “ugly ape” pictures that have been reported on in various media, or possibly, you’ve heard about the very recent bitcoin collapse that is tied to NFTs. If you’re not familiar with NFTs, the short version is that they’re a “product” you can “purchase,” with the product being simply an electronic receipt of your “ownership” of a particular digital file—typically some kind of art.

Both bitcoin and NFTs utilize a technology known as Blockchain to keep your “purchases” secure. And now, there’s a company named Gripnir LLC that wants to bring these “features” to tabletop roleplaying games. To assist with their entry into the industry, Gripnir has hired talent from Paizo – although one presumes Gripnir is actually going to clean the carpets once in a while. 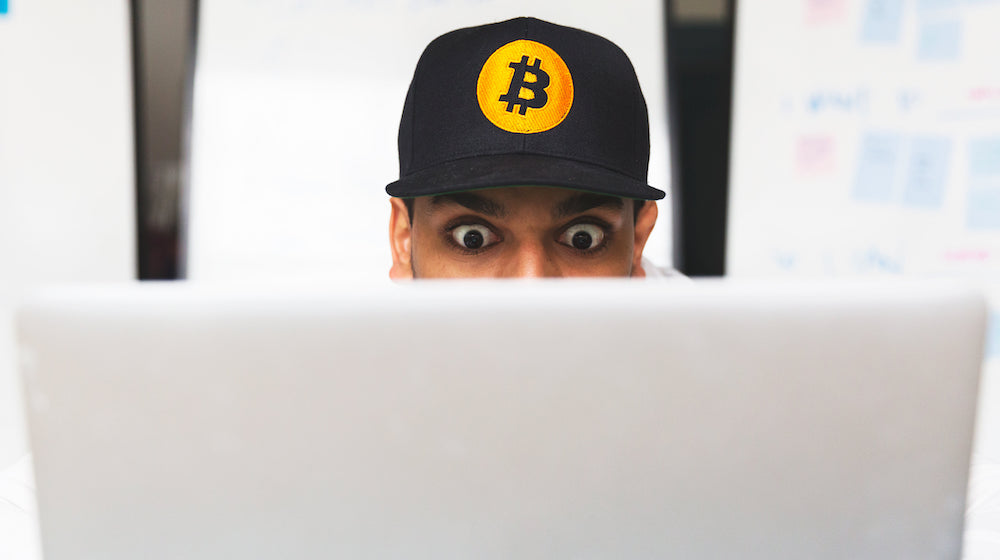 Photo by Sarah Pflug from Burst

First, let’s ask the obvious question: why is Gripnir bringing this technology to a niche market like RPGs? The answer, I believe, is “nothing good”. NFTs and Blockchain tech has been used over and over again as a cynical move to increase profitability by gulling end-users into “early adoption” with promises that the emerging market is going to make their investments explode with growth. The recent bitcoin collapse, however, seems a strong indication that such investments are a poor choice.

However, Gripnir is likely to be merely the first group sniffing around tabletop RPGs. Currently, the industry is experiencing a renaissance of large proportions. Shows like Critical Role and Kickstarters such as Avatar: Legends have shown that there is considerable interest and money to be made from RPG enthusiasts. That success, alas, may be drawing in bad actors who want a piece of the action from the tabletop crowd.

Therefore, my message to you is this: NFTs and Blockchain tech are bad for gaming… and even worse for gamers. 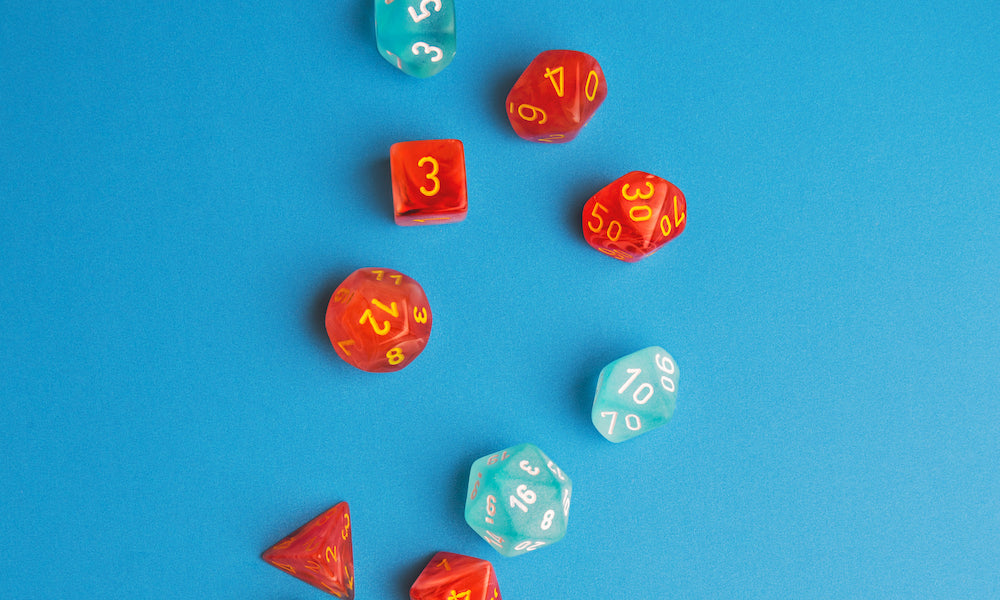 Photo by Sarah Pflug from Burst

Why NFTs are Bad News for the TT-RPG Space

When it comes to being bad for gaming, let me illustrate this point with some comments from the technology and cybersecurity world. According to Wired, Blockchain isn’t particularly trustworthy as a verification method – and just because it hasn’t been hacked yet doesn’t mean it won’t. The New Yorker reports that using Blockchain technology is actively bad for the environment, hastening climate change. In addition, technologies enabled by Blockchain, such as bitcoin mining, can drive up the cost of electricity provided to individual users in certain areas. Lastly, this article from the United States Cybersecurity Magazine states:

“The truth is that many blockchain applications are so new that malicious actors have only just started to look for ways to circumvent and subvert its integrity.”

So in summation, Blockchain is bad for the environment, not as secure as you think, and could send your electric bill through the roof. Where’s the value for the end user? What makes this good for gamers? Are NFTs going to add anything to the tabletop experience of sitting around with your friends telling exciting stories about your characters’ adventures?

The answer is no, because NFTs are a grift. They’re selling your a receipt for a thing that doesn’t actually exist and you can’t actually own. As tabletop RPG enthusiasts, we should see this for what it is: a shameful cash grab rather than a sincere effort to elevate the hobby. 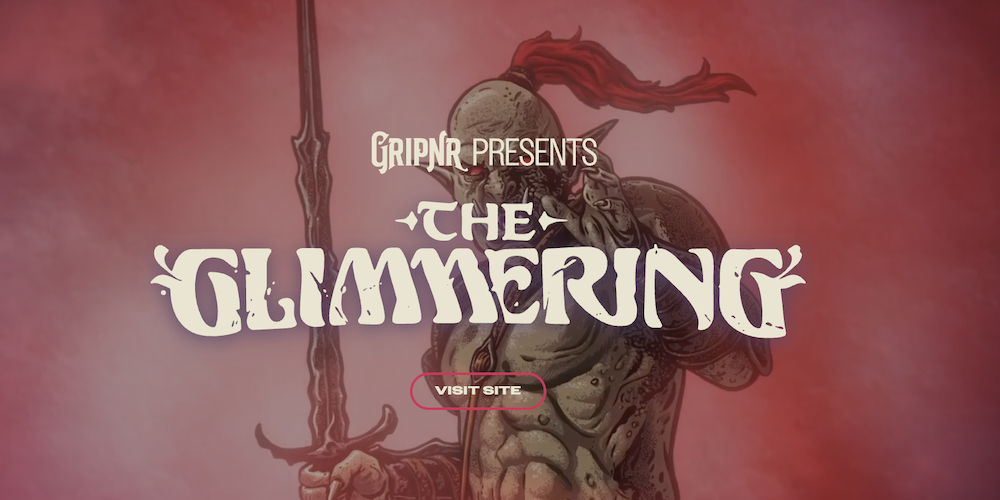 Gripnir and The Glimmering RPG

So what does Gripnir actually want to do in the tabletop TPR space? Well, first of all, they want to give you a chance to buy NFTs of your characters. Backed by a number of slimy venture capitalists, Gripnir aims to bring your players into a project called The Gilmmering, of which very little is known at this time. I’m going to wager a big part of the game’s “experience” involves buying, selling, and trading NFTs. It likely starts with your character, but where does it go from there? Buying NFTs of your PC’s gear? Their abilities used in-game? Maybe you have to buy an NFT of a campsite in order to rest… and frankly, I’m exhausted just contemplating the possibilities of how The Glimmering is going to go after your wallet to buy receipts for digital things that aren’t even all that secure.

It’s possible that Gripnir could prove me wrong and come up with some revolutionary approach that enhances the social benefits of gaming around a table rather than sucking dollars from our wallets. If this is the case, you can be assured I will publicly acknowledge this feat. In my opinion, at best, this technology is only going to “offer” tabletop gamers a chance to “purchase” NFTs of their characters or the world they play in. Something you can do far better by simply commissioning an actual artist to produce actual art that you can actually own.

Chaosium, a celebrated and venerable RPG company, released a bunch of NFTs earlier this year. Blood Rune, a tabletop RPG using cards, proudly proclaims it is the first such game to use NFTs. Fortunately, it seems these are all minor efforts. Even Gripnir, which seems to be the highest-profile and most well-funded of the bunch, has a relatively small footprint in the awareness of most tabletop gamers. Hopefully, this is a sign that these efforts are doomed to remain on the fringe of the tabletop RPG hobby. Only time will tell for certain.

No NFTS in TTRPGs!

Unfortunately, NFTs and Blockchain technology have already invaded video games. They’re also poised to be even more deeply involved in AAA video game production for some time to come. Alongside such “innovations” like loot boxes, excessive micro-transactions, and digital advertising used inside the games themselves, NFTs and Blockchain seem right at home. Personally, I see no value in allowing these things to infect tabletop gaming as well.

Fellow gamers, let’s see The Glimmering and Gripnir for what it is. It’s a grift that our hobby and our industry doesn’t need. They don’t offer anything of value to RPGs. At its heart, this experience is about getting together with friends and using the unlimited power of our imaginations. So far, no one’s been able to commodify our ability to dream of adventure… let’s keep it that way. I encourage you to seek out the wide variety of RPGs out there. Your imagination can come to life without actively enriching venture capitalists and harming our climate.

Author: Ross Watson
Ross Watson is an award-winning game designer and author with over 20 years of experience. Ross has worked for Games Workshop, Fantasy Flight Games, and many more. Check out his patreon to learn more.
Advertisement
Editorials RPGs
Advertisement 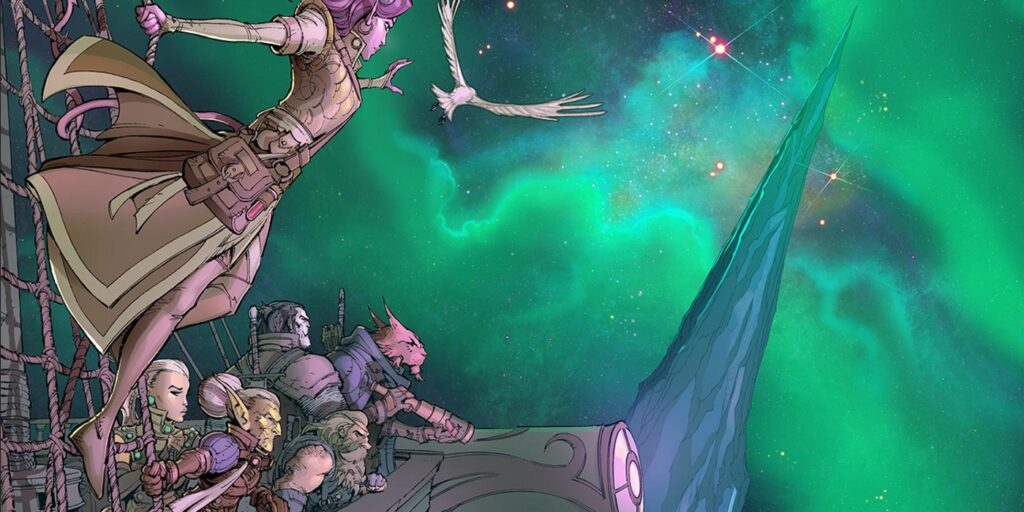