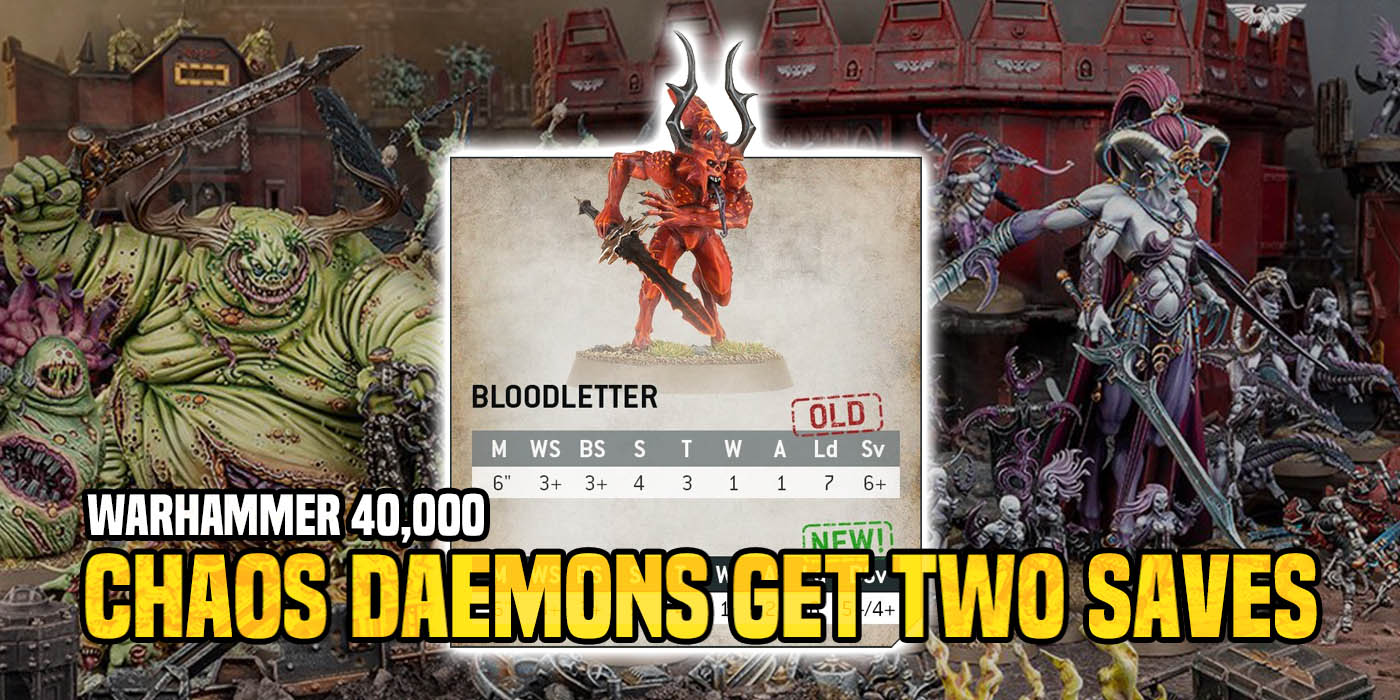 With the upcoming Chaos Daemons Codex Games Workshop is changing Daemon by giving them two different saves! Get ready for a game changer.

This one’s going to take a little getting used to but it could turn out to be a promising change for Chaos Daemons. There’s (apparently) a “mountain of malefic rules” coming with the new codex and one of the new ones is how Daemonic Invulnerability works. 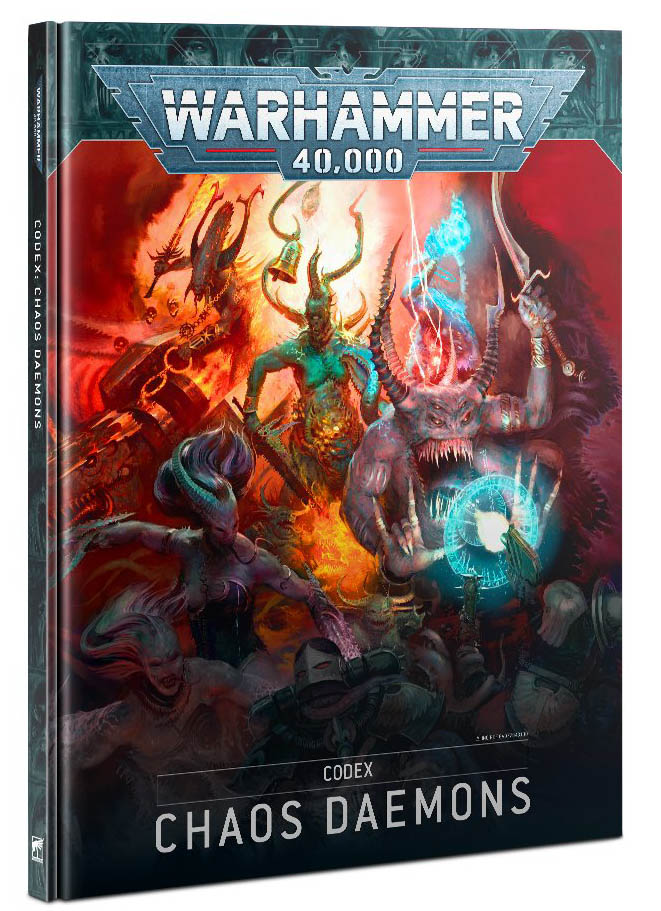 “Conventional armaments use crackling power fields and explosive force to punch through armour and alien hide, yet these munitions have little effect on inhuman horrors from the empyrean. Daemonic Invulnerability provides your seething hordes with two unmodifiable saves. The first represents their durability in melee, and the second offers them a defence against ranged firepower.” 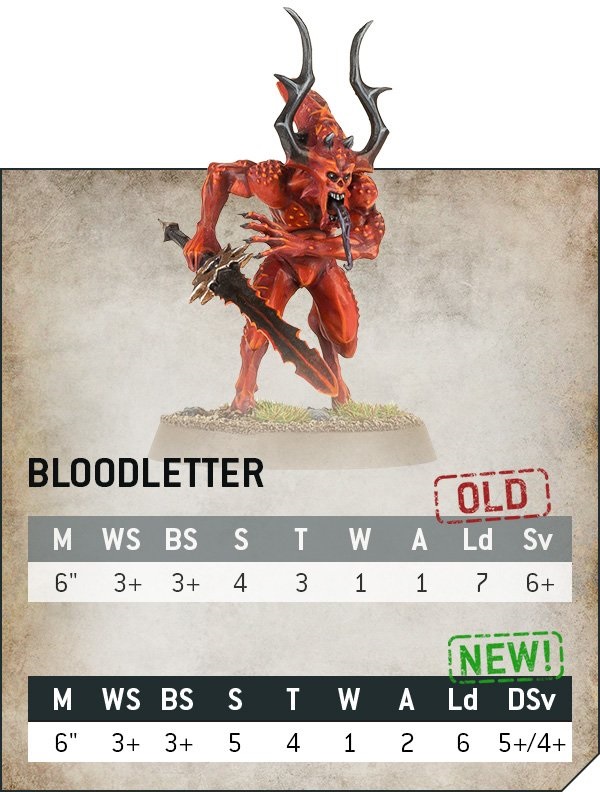 Bloodletters are our first example and you can see how their unmodifiable save went from a 6+ to a split profile of 5+/4+. The first number means they have an unmodifiable 5+ vs melee attacks while the second is an unmodifiable 4+ vs ranged attacks. This should really help Daemons out on the 40k battlefield.

As another aside, check out that new statline! Strength 5 and Toughness 4 now with 2 Attacks base? And you know those Blades of Khorne are going to be pretty deadly as well. They did take a hit to their Leadership…but we’ll have to wait to see if that really makes a huge impact or not. 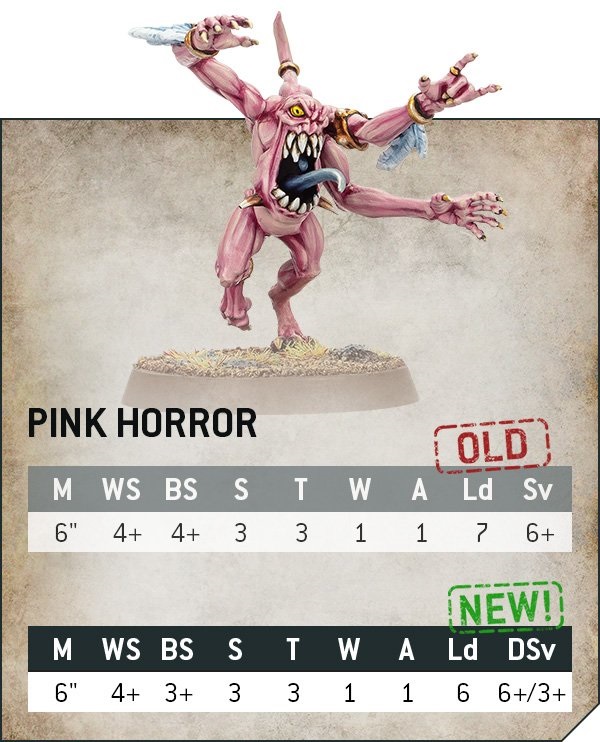 Pink Horrors also got a new profile, although it’s really just a bump in BS to a 3+. The real interesting change is how their unmodifiable save is now 6+/3+. That means that shooting is going to be even less effective against them. 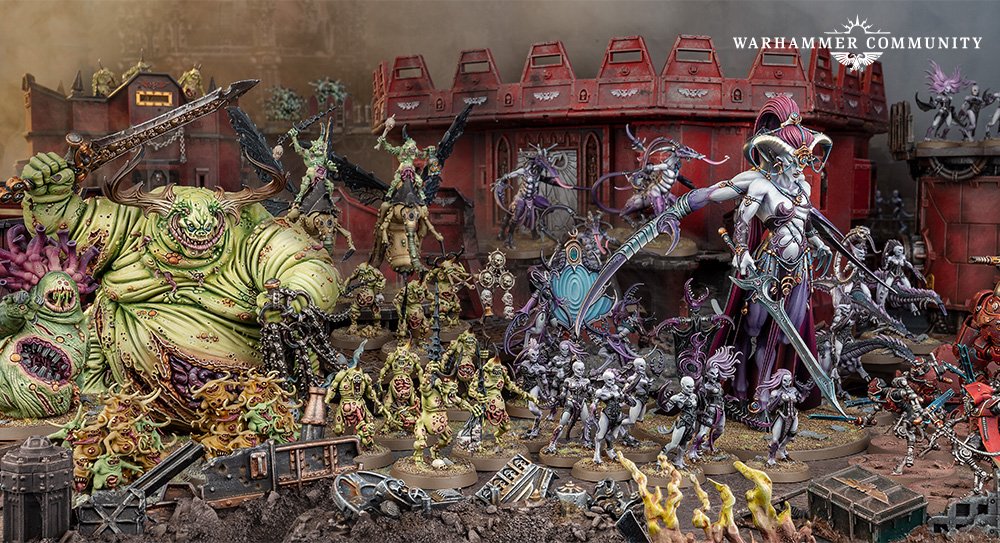 There’s even more rules coming for the Chaos Daemons in their new codex. Stay tuned…

Author: Adam Harrison
Writer, Editor, Texas Native, and Austinite for 15+ years, Adam covers all things Tabletop Gaming. Which includes Warhammer 40,000, Age of Sigmar, D&D, Board Games and everything else that involves dice, boards, cards and a table. A hobbyist, player, and collector of miniatures and games, Adam's current obsession are his Death Armies for Age of Sigmar, his Blood Angels and Tyranids for 40k, and his ever growing Arkham Horror: The Card Game Collection.
Advertisement
Daemons of Chaos Games Workshop Rules Warhammer 40k Warhammer 40K 9th Edition
Advertisement

Horus Heresy: Space Wolves Get Their Own Upgrade Packs 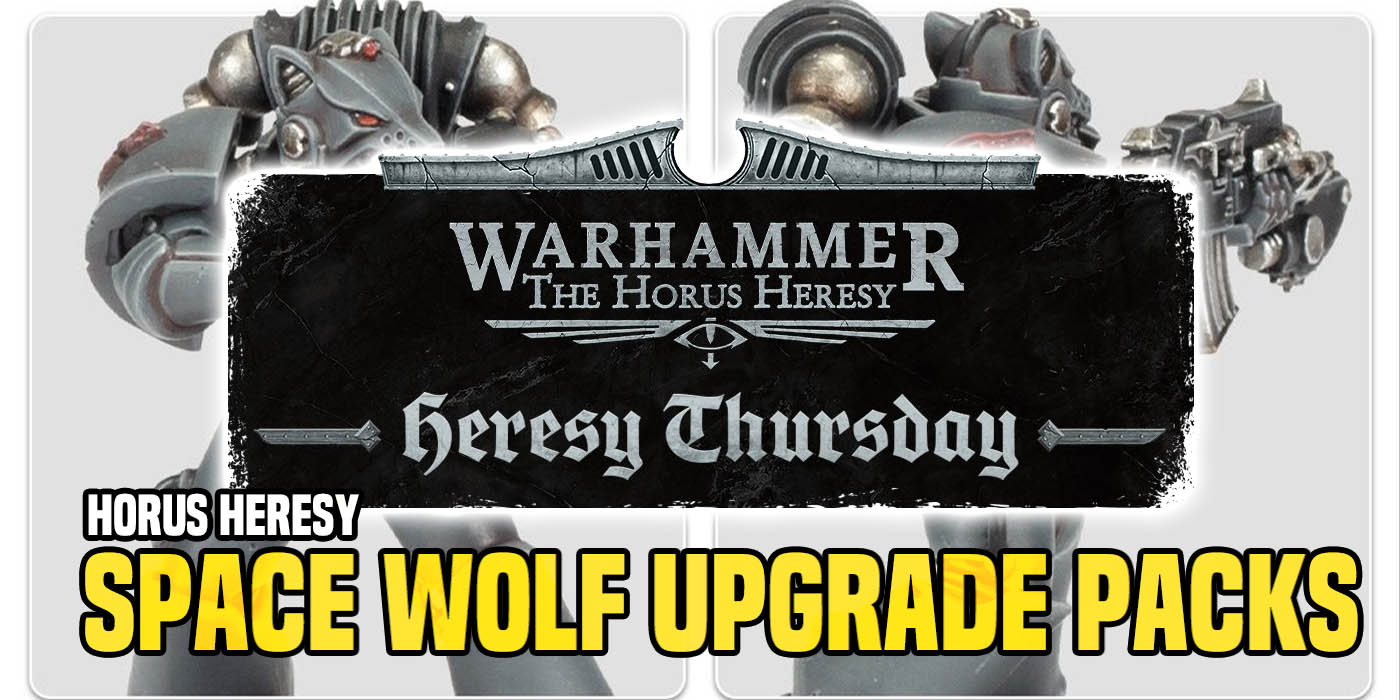